Steelrising does a pretty good job of easing players into its world. The first two areas are pretty manageable, and are unlikely to overwhelm players. However, with Les Invalides' first section—the Gros Caillou—the gloves have officially come off. This stage is sprawling and wraps around itself. Players familiar with the Souls series will be at home in the Gros Caillou, but newbies may feel a little overwhelmed.

Thankfully, we are more than happy to help guide players through these twisting and winding streets. Not only will be show you where all the premium treasures are hidden, but we will also guide you through the game's first sidequest. 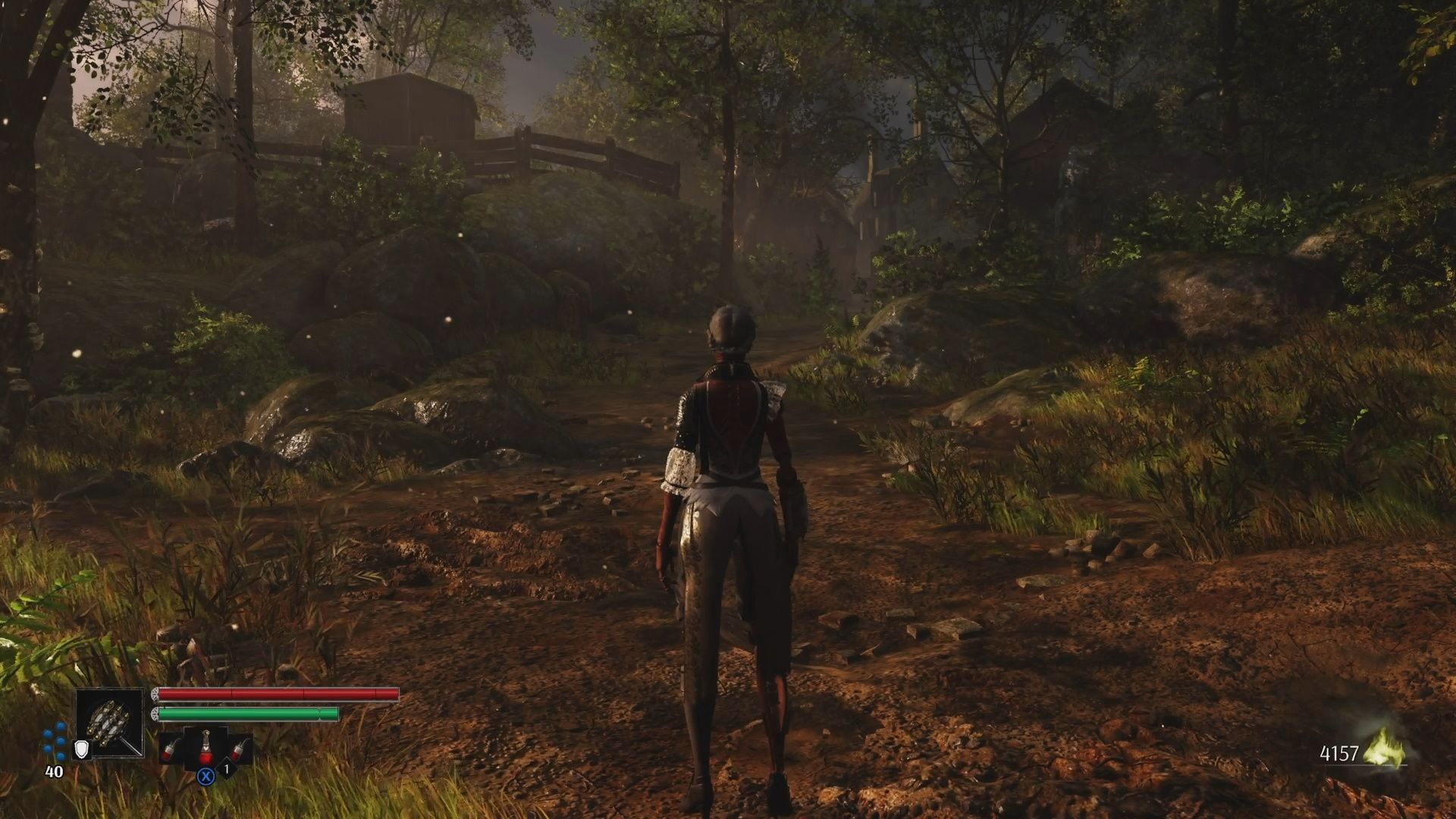 Head straight, activate the Vestal. If you are facing the Vestal, there are paths to your left, your right, and straight ahead. All of them except the path to your right, will be inaccessible. So head to the right. You will encounter an Automat and two Panther Automats on this street. This is your first time fighting the Panther-type, but they aren't particularly tough. They are easy to stagger, and they die pretty quickly. However, they do always come in twos, so try to cluster them together and hit them both at the same time. 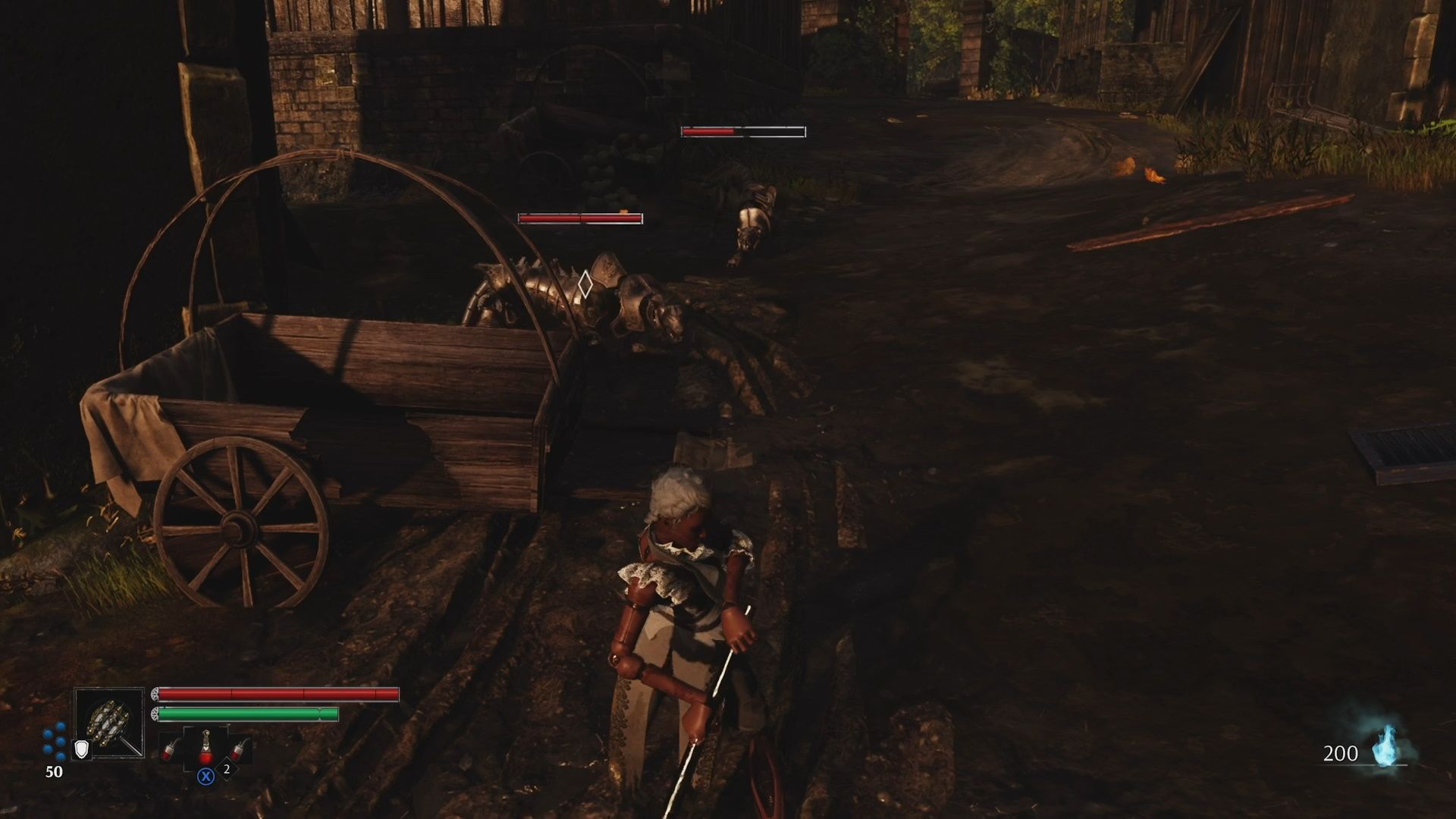 Now, take the first left, and head toward the well, but watch out, there is a sneaky Snake-Bodied Automat in the trees. Shoot the Automat out of the tree, and then finish it off. By the well, pick up the water flask. You will need this for later. 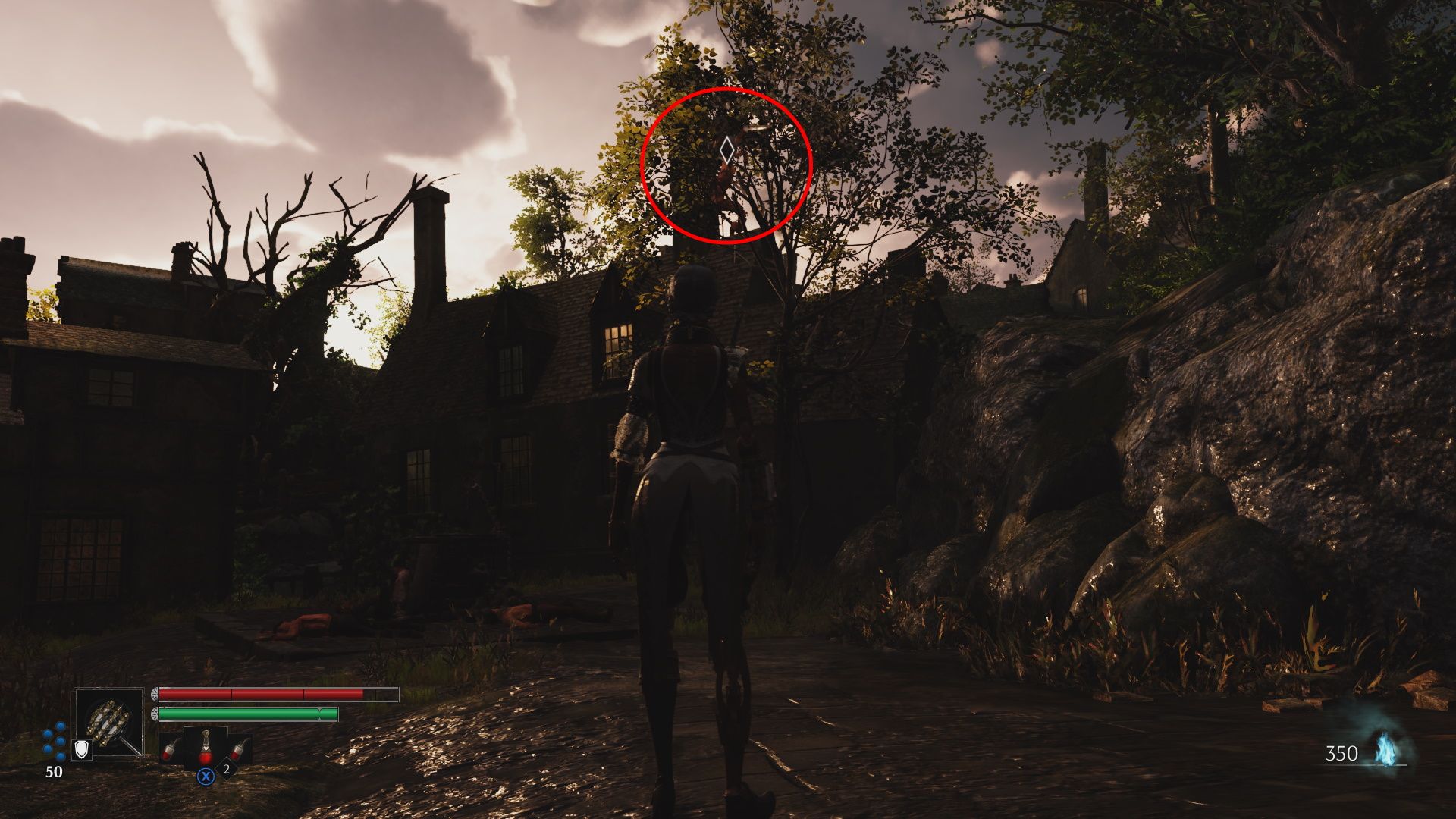 As you run down the street, there will be a church with a little graveyard to your left; ignore this for now. Keep going down the street until you hit the end. Keep following the path as it curves to your right; you will end up in an encounter with two more Panther Automats and another standard Automat. Clear them out, and enter into the next area with a Snake-Bodied Automat. 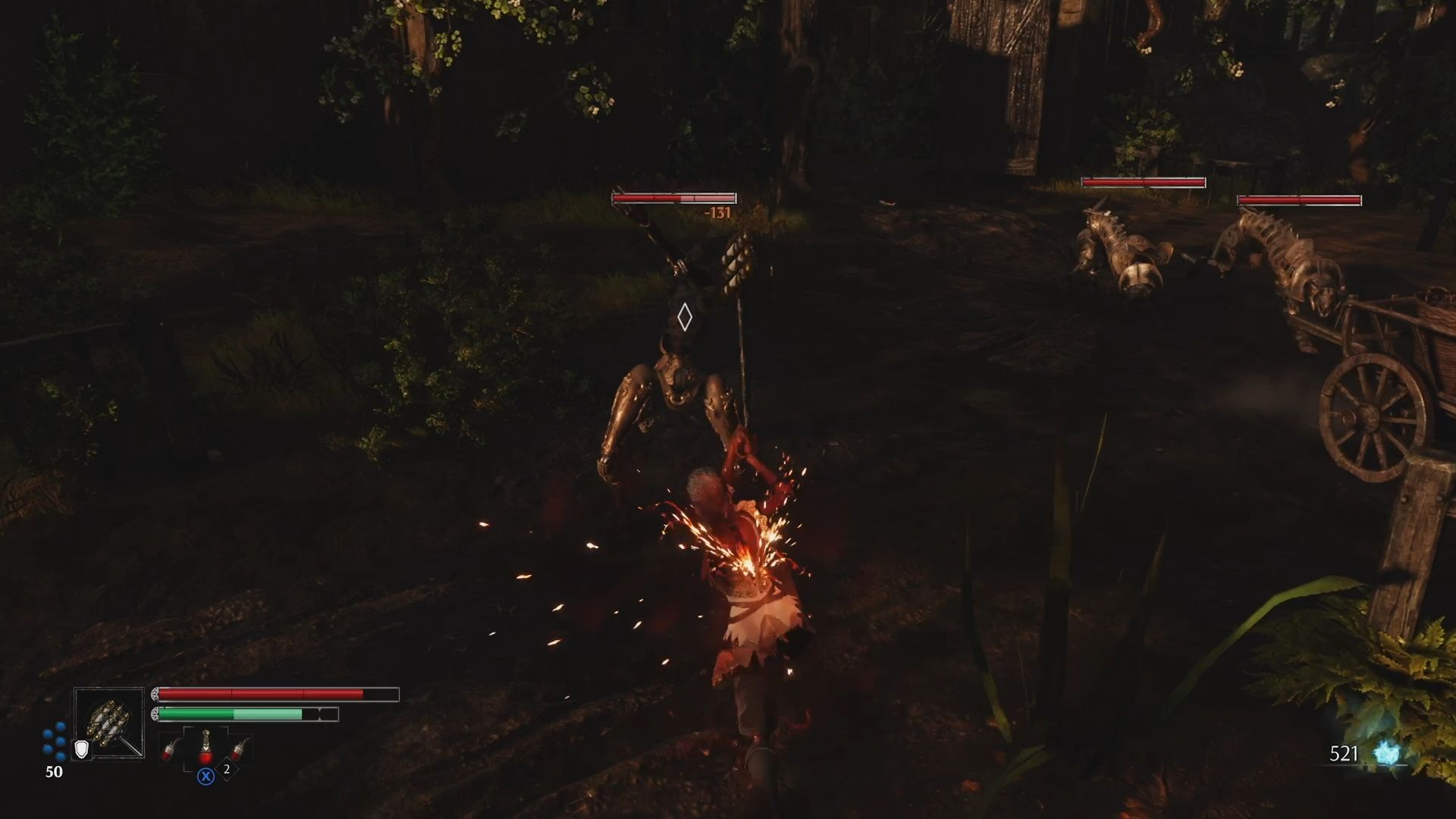 Turn the corner, and you will fight another Lancer-style Automat. Once you kill it, clear out the area of all the treasures. A citizen will ask you for water. Thankfully, you already picked up the water flask; give it to them, and you will complete your first citizen quest. Now, open the gate, and you will be back to that main road.

Gros Caillou – The Church And Beyond

Head back to that church with the graveyard. Clear out the Automat and prepare to fight your first Ball-And-Chain Automat. These guys hit very, very hard. So make sure to pick your shots. They have pretty rangy attacks, too, but they are all pretty telegraphed. When they hunch down, they are about to perform a spinning attack. When they rear back, they are about to swing a single ball in your direction. 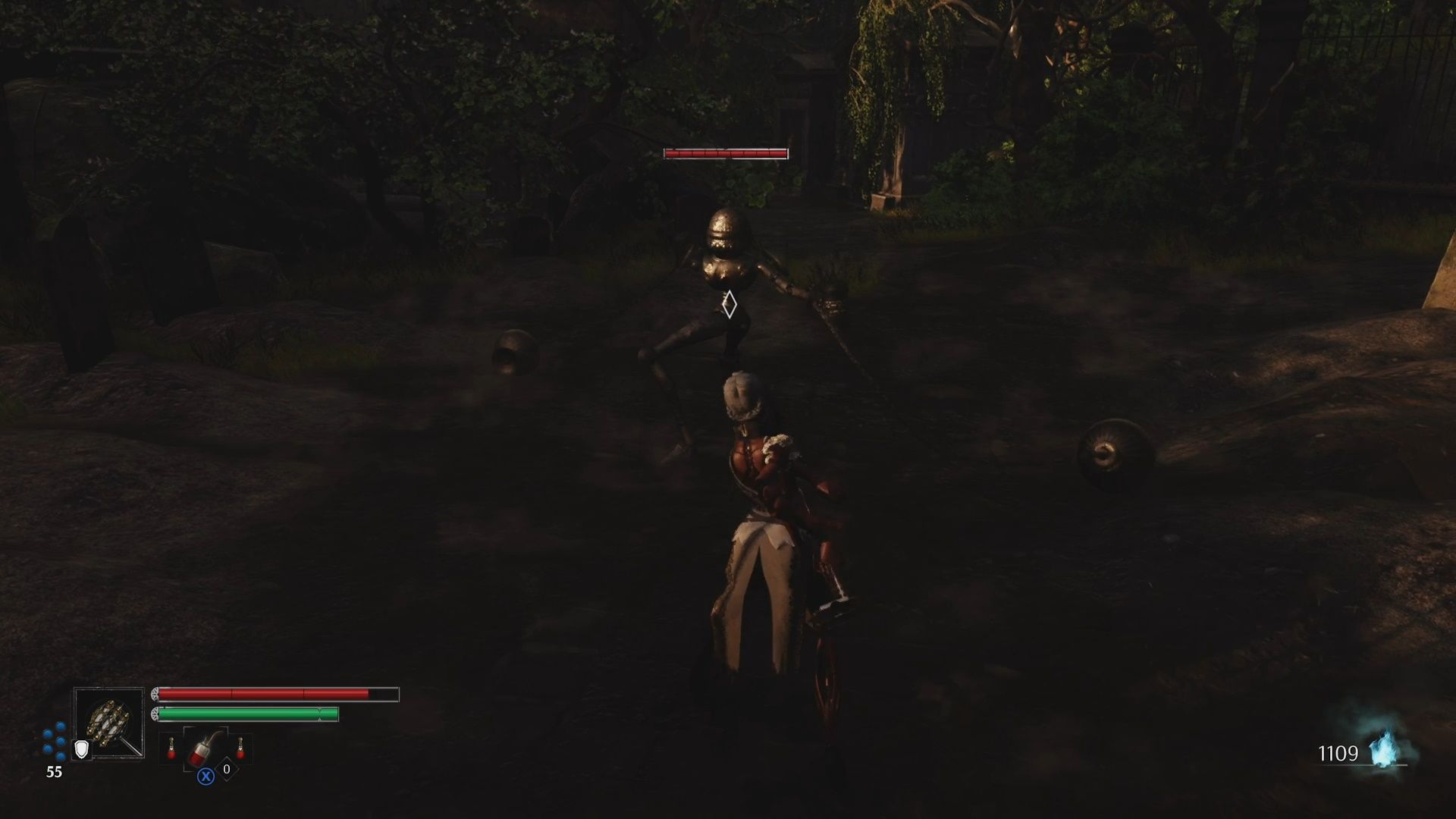 Finally, when they tilt their body back, they are about to bring both iron balls together in front of them (this attack does a ton of damage). You can interrupt their attacks with a fully charged attack of your own, but you may be better off just freezing them with your Shield Musket. The more you fight them, the more you will get used to the range of their attacks, but they can be scary at first. 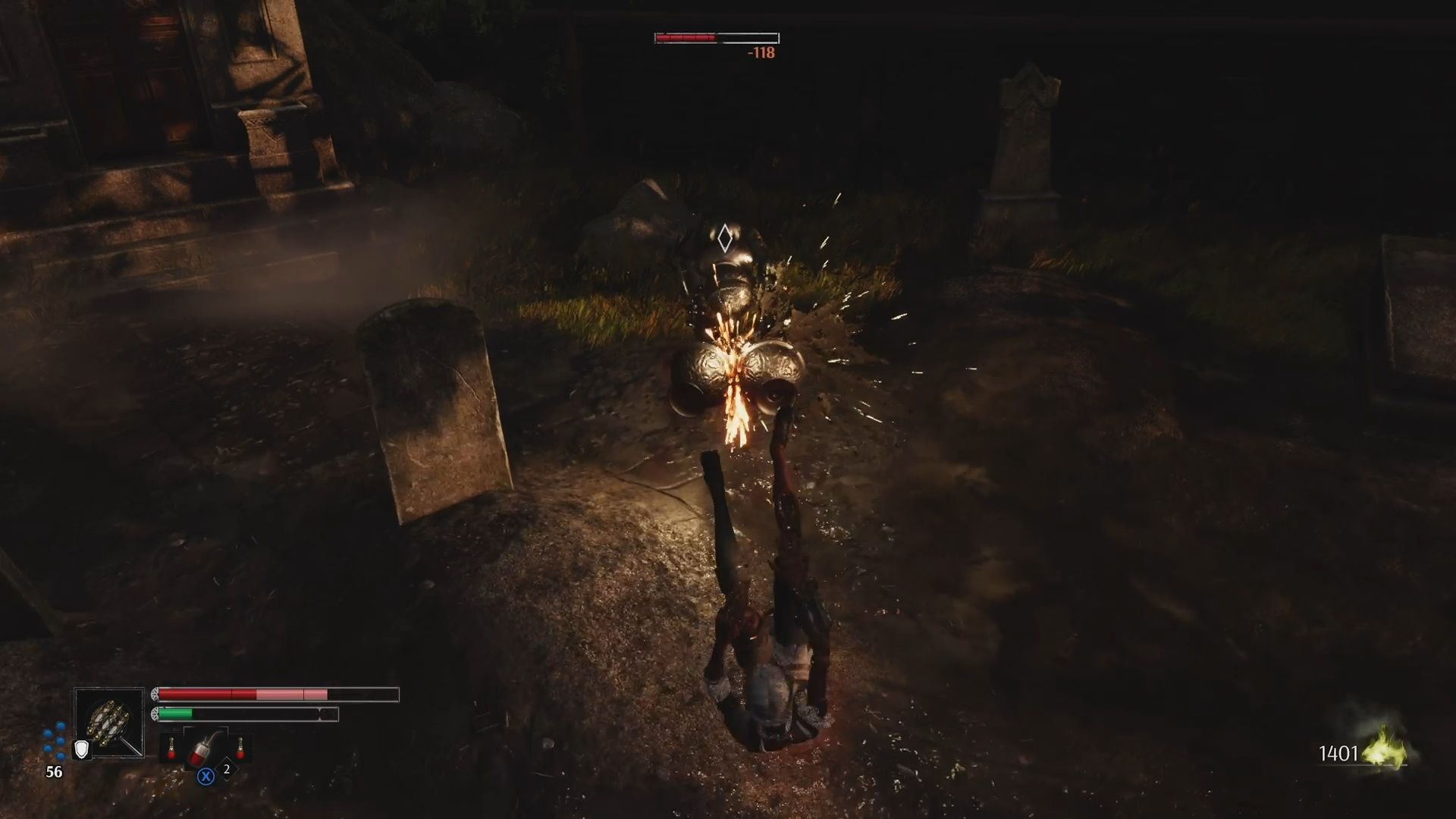 Once you exit the graveyard, take a right and head down the back alley. You will have to fight another one of those Ball-And-Chain-wielding Automats. Once you beat it, you will find a treasure chest: it contains the Grade 1 Critical Health Module. Leave the alley and look to your left;

you will fight another Ball-And-Chain Automat as well as a Panther Automat. Once you clear these two out, open the treasure chest, and you will receive the Fire Chain weapon. 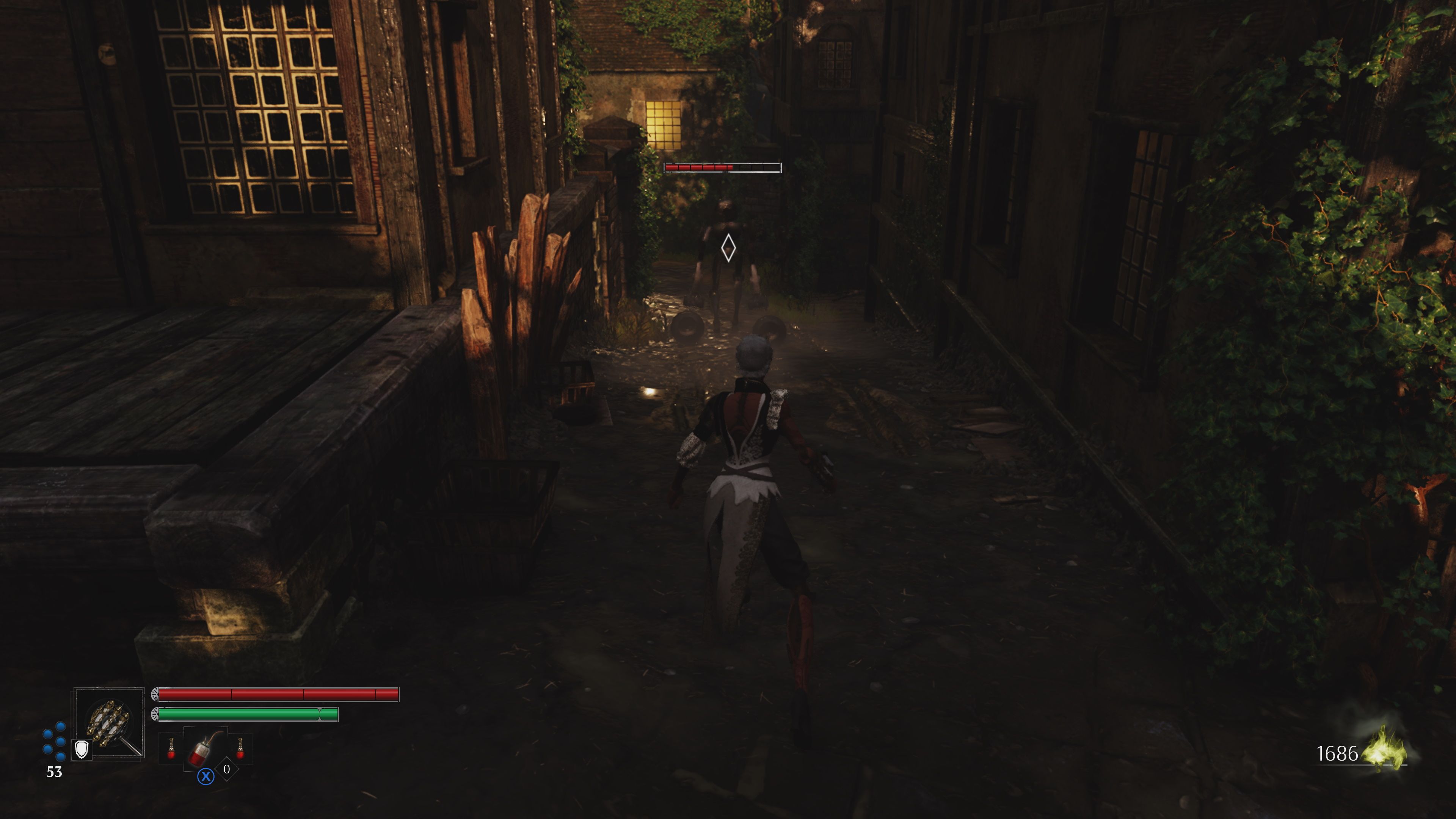 Now, push forward, and you will encounter a giant fire. Before you engage with the Automats huddled around the fire, sneak around the perimeter and open up the gate (this will take you back to the Vestal). This is a good time to return to it, level up, and upgrade your weapon (the chest with the Fire Chain also gave you the bronze you need to do so). 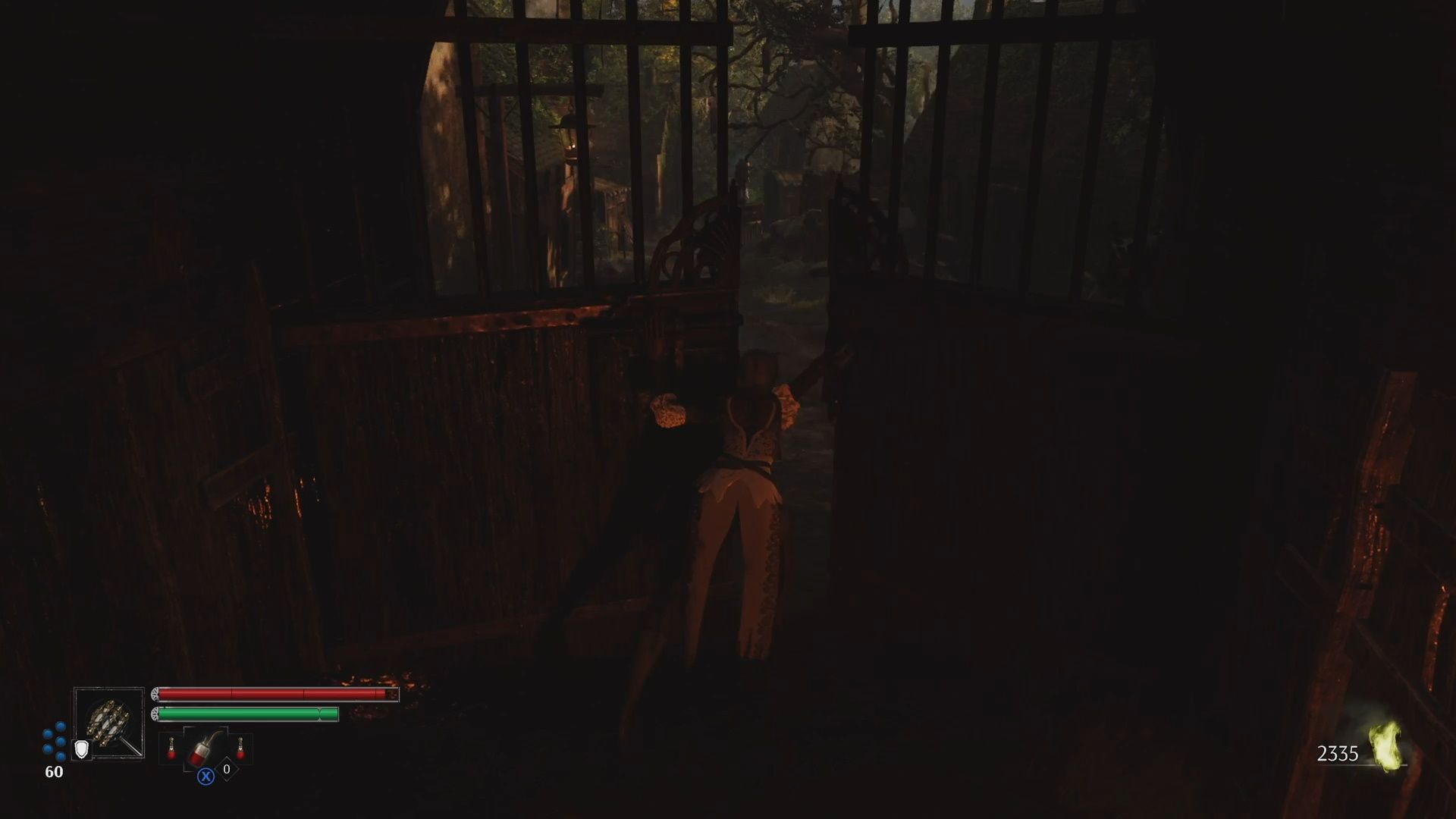 From the giant pyre, clear out another Lancer, Ball-And-Chain, and regular Automat. We recommend starting with the Lancer, as they will be firing on you throughout. Once you clear out the baddies, you are going to want to hop up to the houses above you and to the left (around where the Lancer was positioned initially). Here you will find a chest that contains the Muskadin armor set. Now exit the house through its back door. 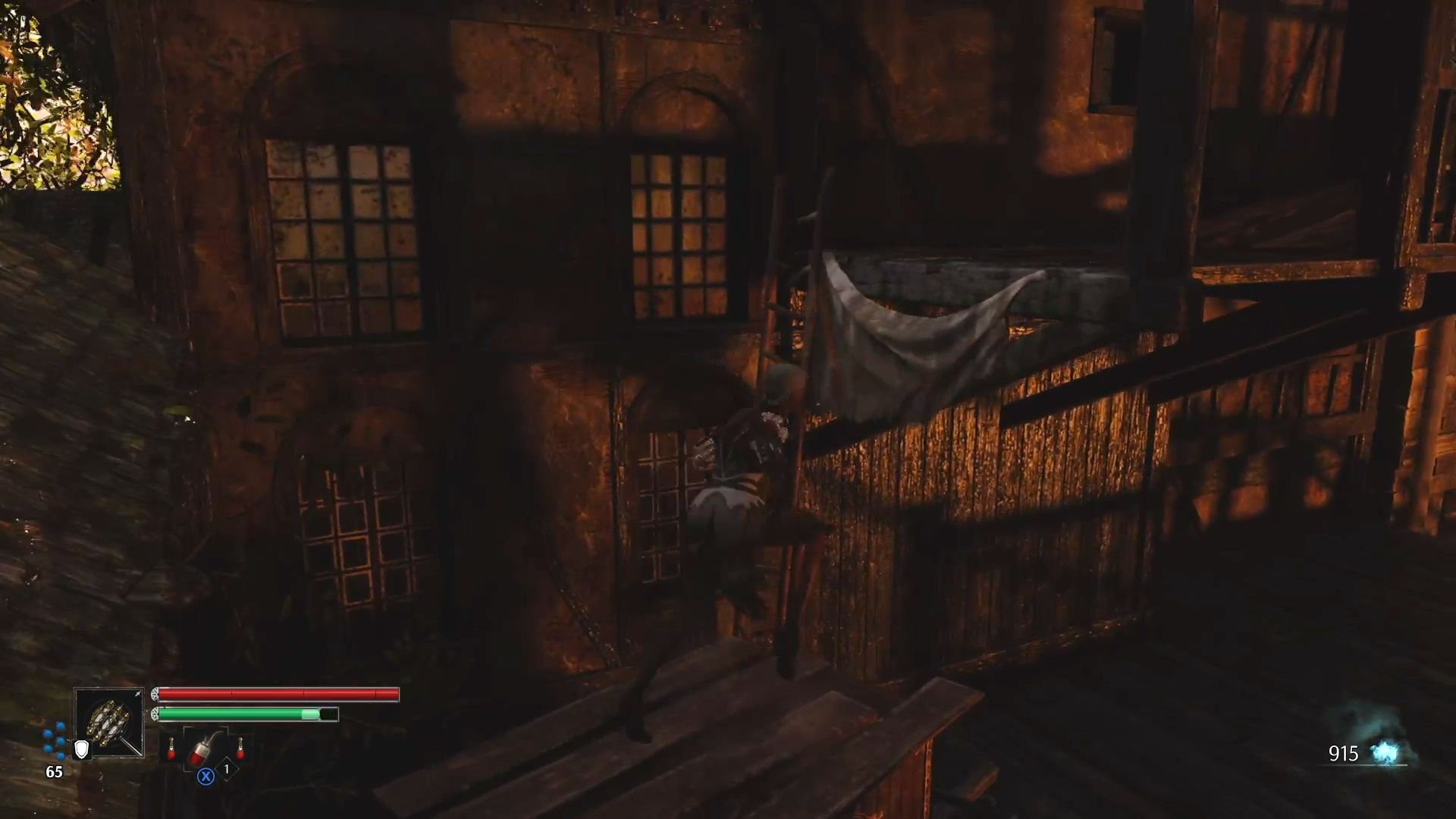 The next area has a few Panther Automats and a Lancer Automat (acting as a sniper). Once you clear them out, travel along the left-most path, take out a few more Panther Automats, as well as a Snake-Bodied Automat, and then open the gate (this leads back to the Vestal).

Turn around. From the gate, head straight and then take a right; there are Two Ball-And-Chain Automats here. You are better off luring the one away from the other so that you can fight them one-on-one, but you do you. There is a Module Key near the downed Automat (leaning up against one of the houses) in this area, so don't leave without it. 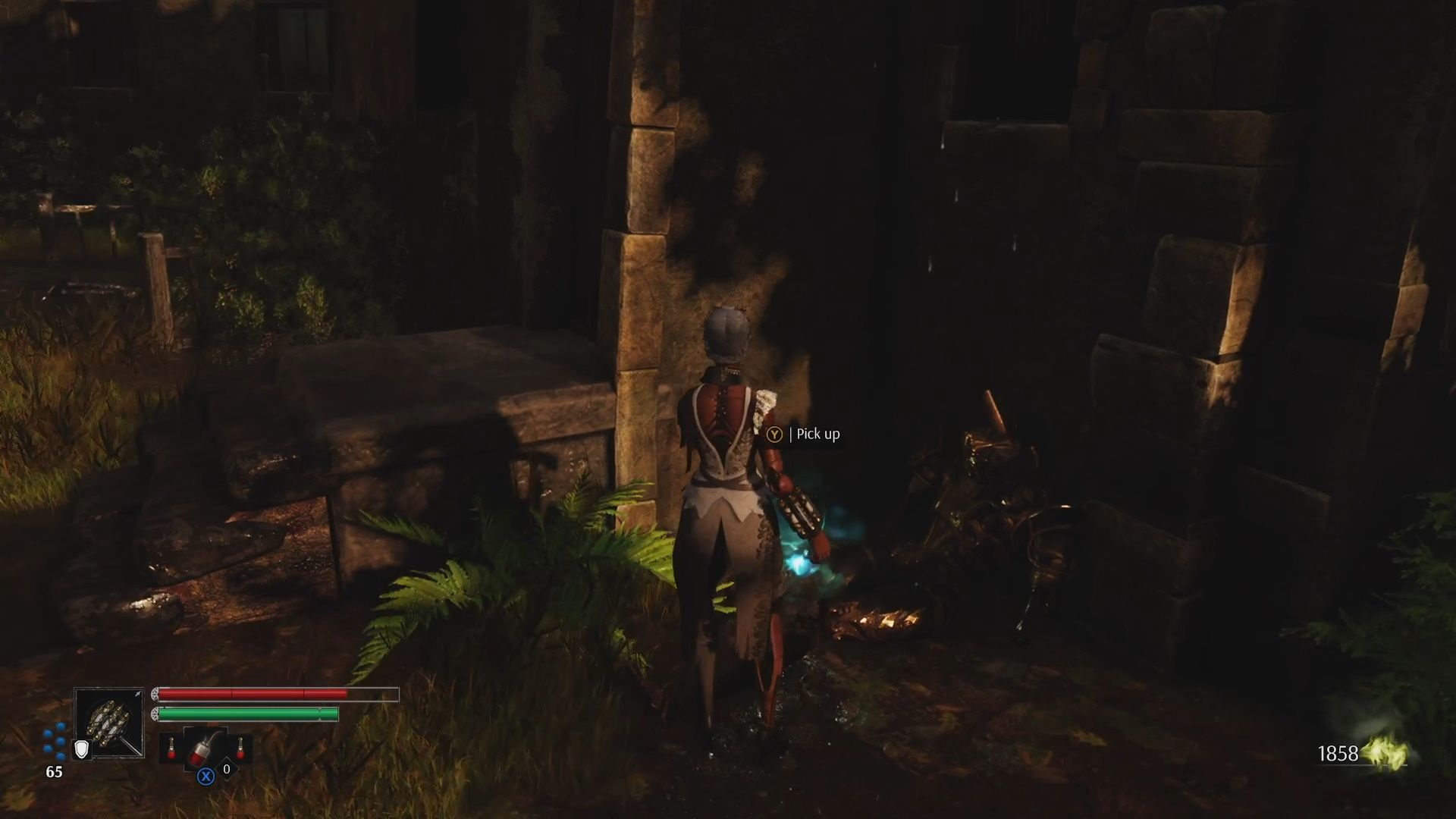 Once you get to the gate that leads to the workshop, it will be locked tight. However, to the left there is a crudely built bridge that goes over the gate. But before you cross it, turn around and head down the path that is to your back. You will fight two Snake-Bodied Automats. One of them will be hiding in a tree (they seem to like to do that). There is a treasure chest here with a Grade 2 Efficient Charging Module. Now, head back and hop over that gate and into the Esplanade des Invalides. 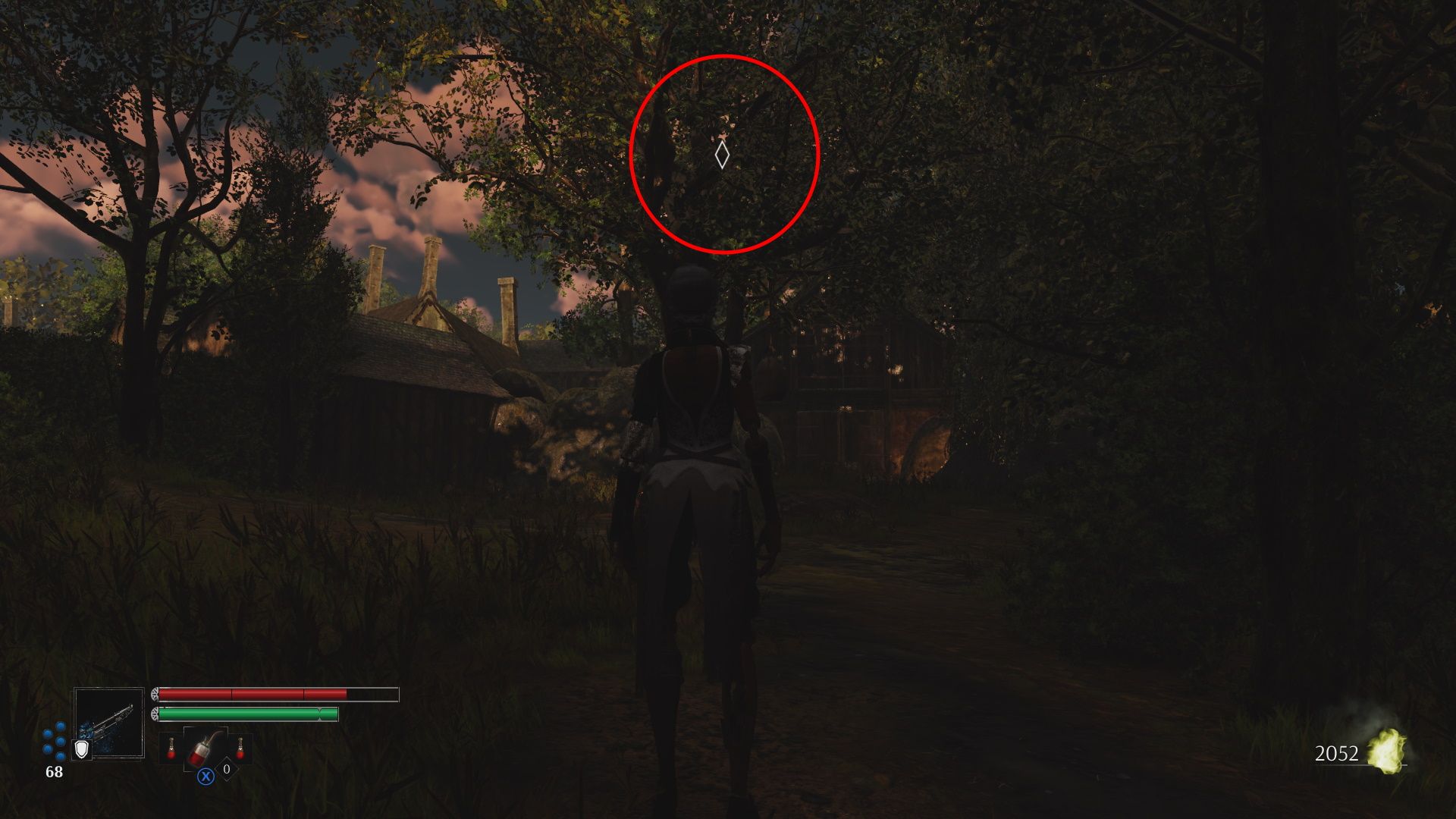 There are four Ball-And-Chain Automats in this last area. We would recommend fighting them one-on-one. Thankfully, they aren't clustered together, so you shouldn't have any problem isolating them. Once you have cleared them out, run around the garden picking up all the goodies and unlock the gate that leads back to the Gros Caillou. Now, enter the workshop and acquire the Diane armor from the treasure chest. And with that, you have cleared the first section of Les Invalides!