Steelrising is a new Souls-like title from Nacon. It is set during a fictional version of the French Revolution where King Louis has used his army of robots (formally known as “Automats”) to beat back the rebellion. But who is going to stop the mad king? Well, you, of course.

The Gardens is the first real stage in Steelrising. You will fight your way through a horrifying legion of robots on your way to do the Queen’s righteous bidding. We’ll guide you to all the glistening treasure along the way and help see you through some of the more dangerous encounters. 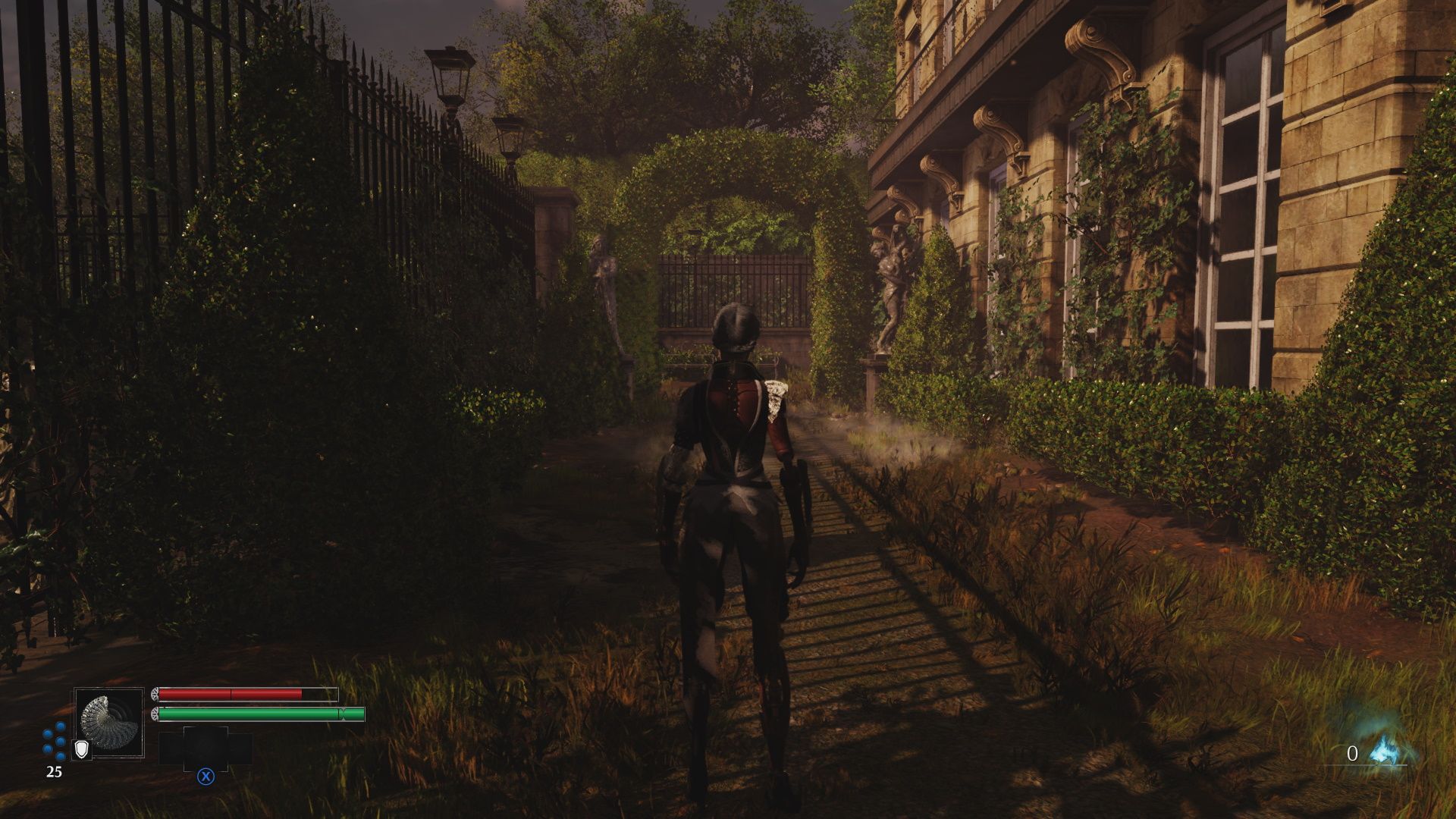 The Saint-Cloud chateau is Steelrising’s introductory area. As such, it is pretty straightforward. You will battle the most basic Automats the game has to throw at you one on one while you follow a linear path. This is a great opportunity to familiarize yourself with the game’s controls. Near the end of this section, you can take a left just before you reach the gate. There are a few souls waiting here for you. Once you proceed through the gate, the real stage begins. 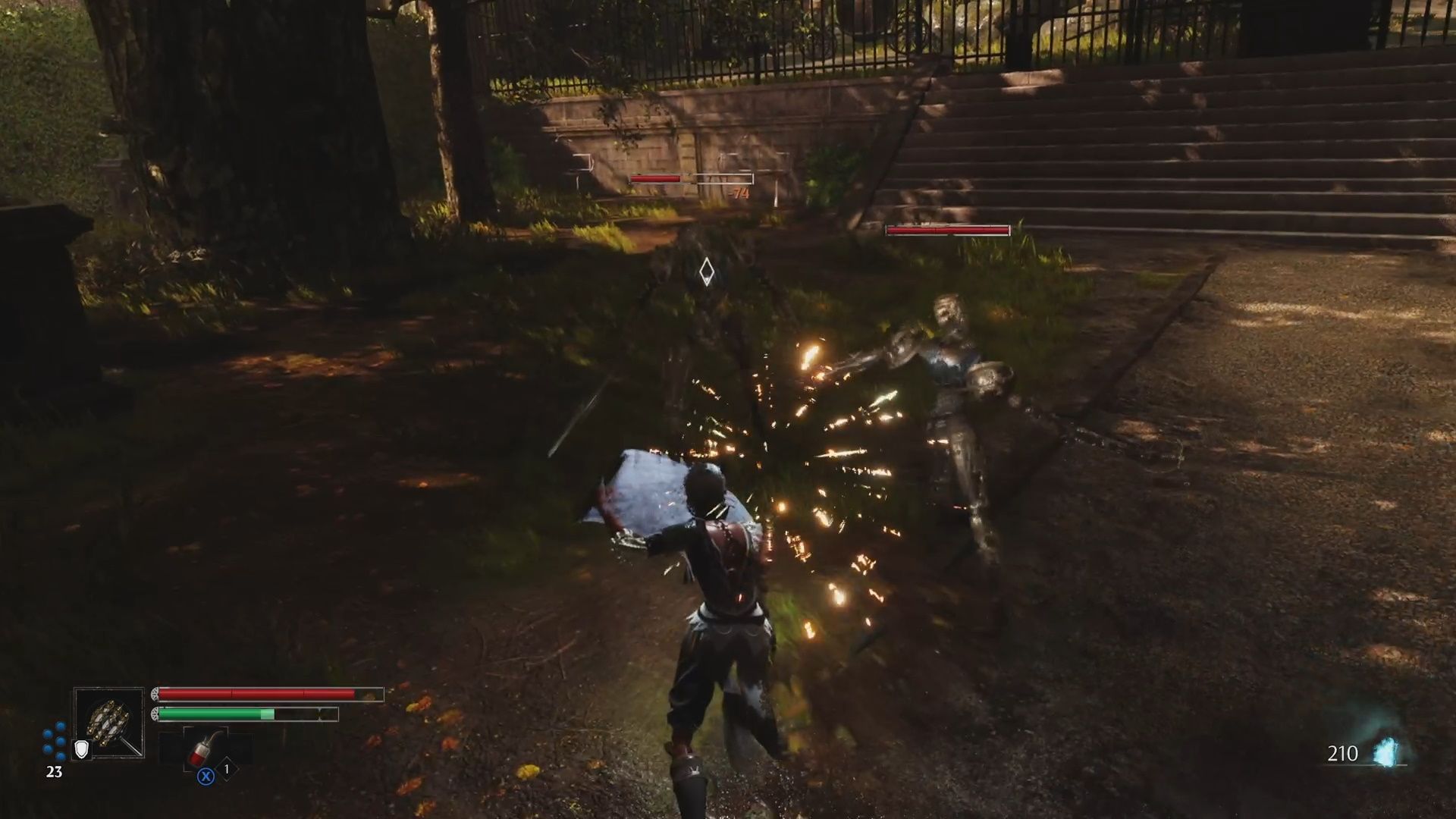 This section is where you will be introduced to the most basic Automat in the game. This Automat does not feature a particularly robust set of moves. They have a standard attack. If your weapon is too slow (such as the Halberd), they are fast enough to interrupt your combo. So, if you are using a slower weapon, get your distance and deliver a charged blow.

Otherwise, you can stun lock them with quicker weapons. All their attacks are blockable if you have a weapon with the shield ability. They will occasionally swipe at the ground; when they do this charge an attack and hit them for massive damage. 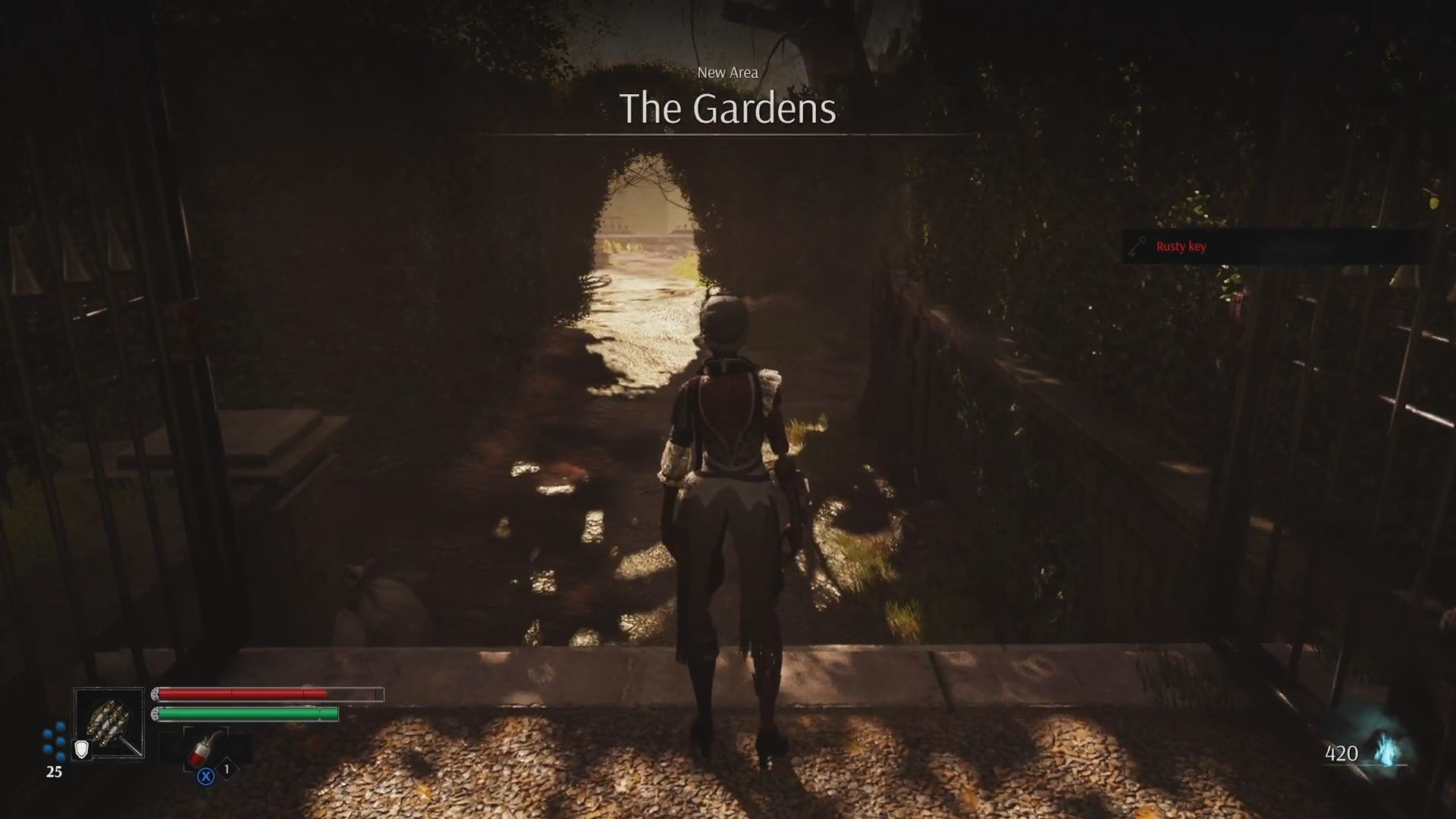 Once you enter The Gardens you will have two paths you can travel. Straight ahead will take you to the Vestal (Steelrising’s Bonfire equivalent). To the left there is a vial of oil hidden in some barrels. Close by is an Automat. Once you have dealt with the Automat, follow the path; it feed you right back into the area with the Vestal. Interact with the Vestal in order to level up, purchase items, and upgrade your equipment. It will also refresh your oil cannister, though, as a downside, all the enemies you defeated will respawn as well. 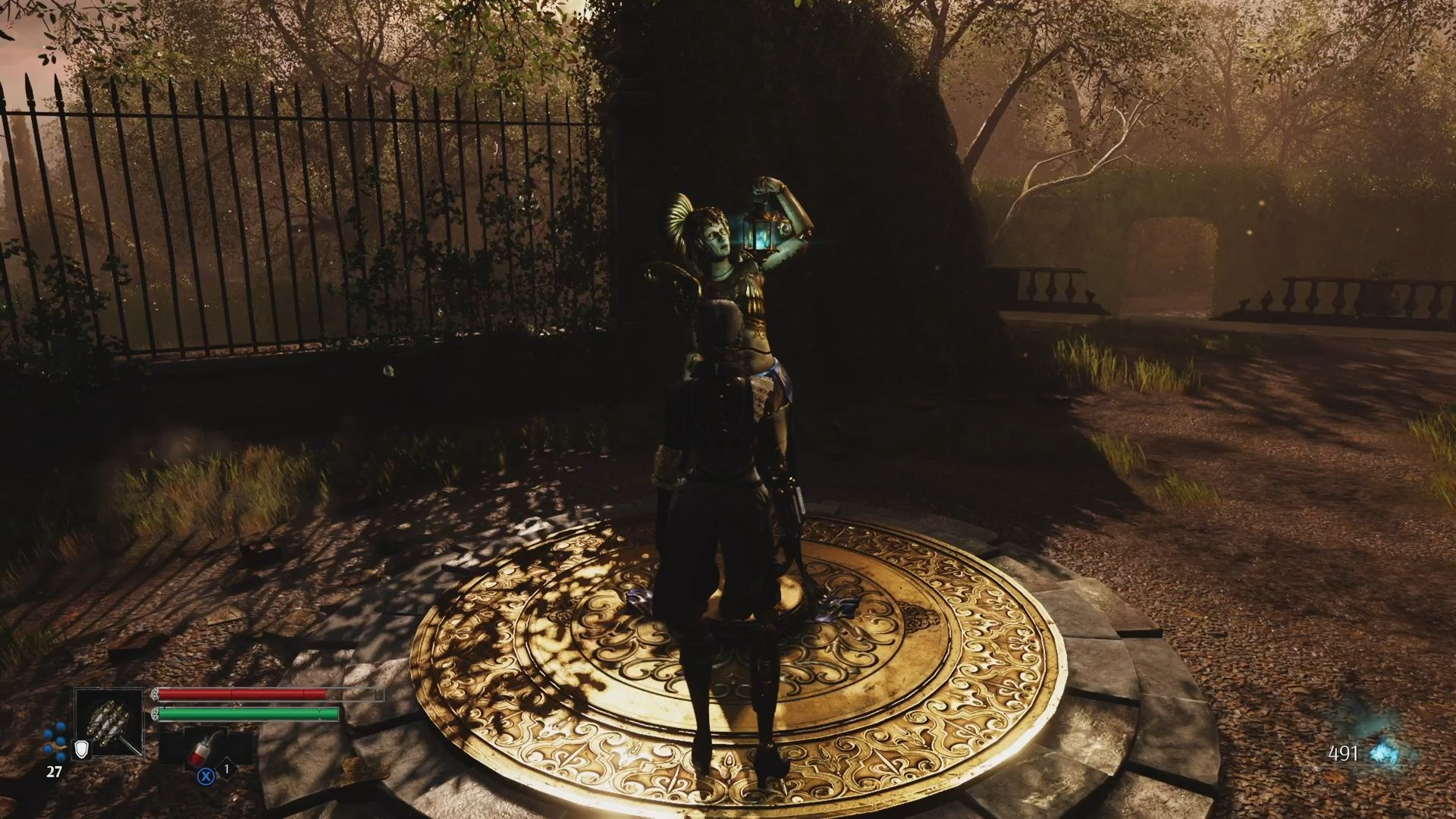 Right after the Vestal, head down the stairs and fight the automat down below; you can be sneaky and utilize your stealth in this encounter. Now, you will be faced with a second fork in the road. The main path is to the left, so you want to take a right. Follow this path up to a large fountain. If you are reckless here, you will have to fight two automats at once. So, you should enter cautiously and draw the first one out. Once you clear both of them, open the chest, grab your fancy new hat, jump down from the balcony, and you will be back at the Vestal. 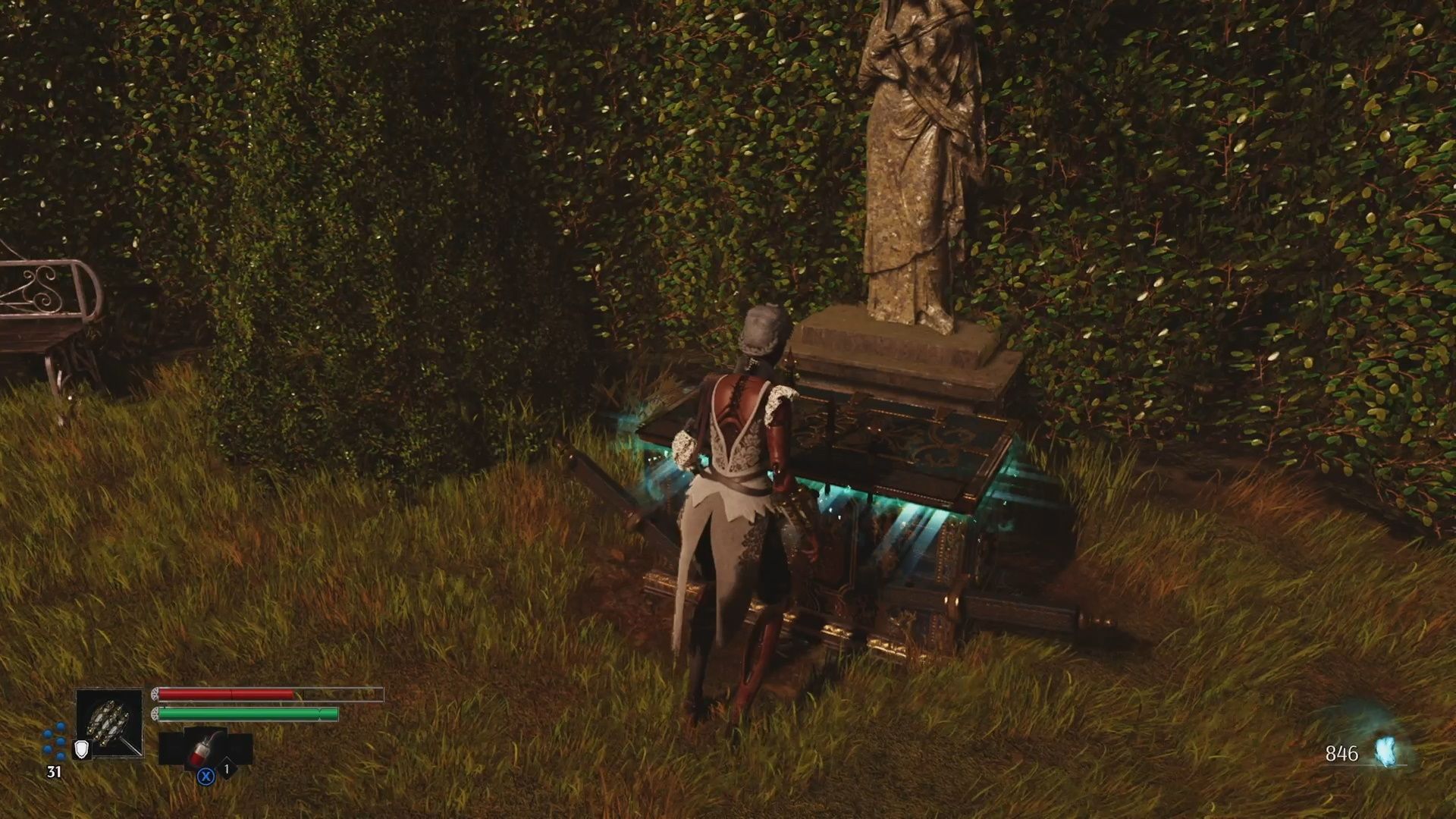 Now, go back to that fork in the road, and take the left. Watch out, there is a sneak automat hiding around the corner to your right; take it out quickly, or you may need to fight their friend. Now, follow the path to a river where you will find another automat just begging to be stealth killed. 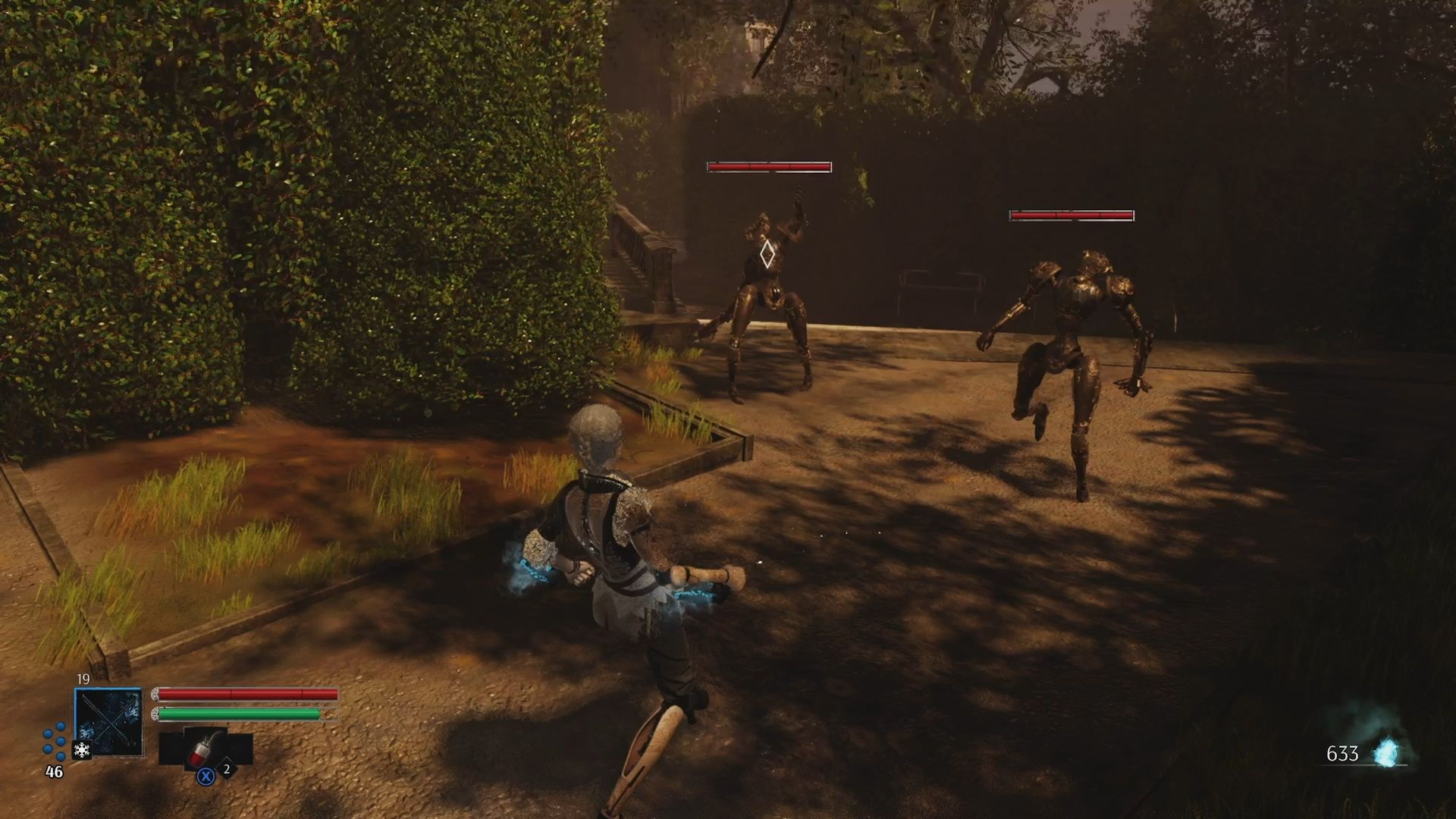 In the next area there is a treasure chest in the corner that contains your first module, the Grade 1 Longevity Module. Grab it, clear the Automat in this area. Now enter into the next area, and prepare for your first boss battle. 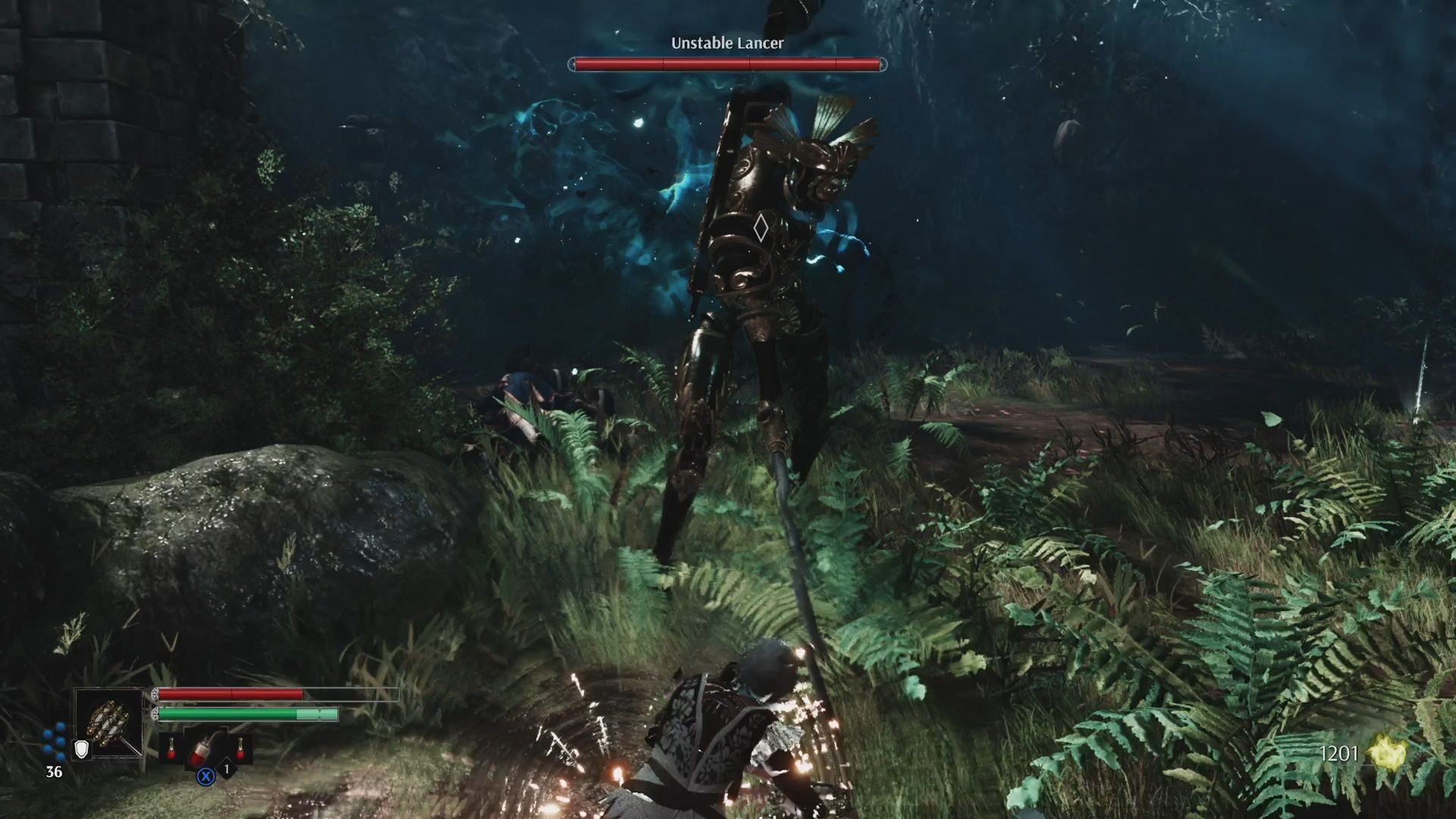 The Unstable Lancer is encountered at an arena filled with the bodies of soldiers. Once you approach him in the center of this area, he will attack. However, before you do so, you should know that there are Automats hidden around the arena. If you get too close to certain areas, they will activate and attack. There is one of them right at the beginning, it is hiding in the structure to your right. It is hard to see, as it is hiding in the shadows. You are going to want to take this one out before you get the boss’s attention. 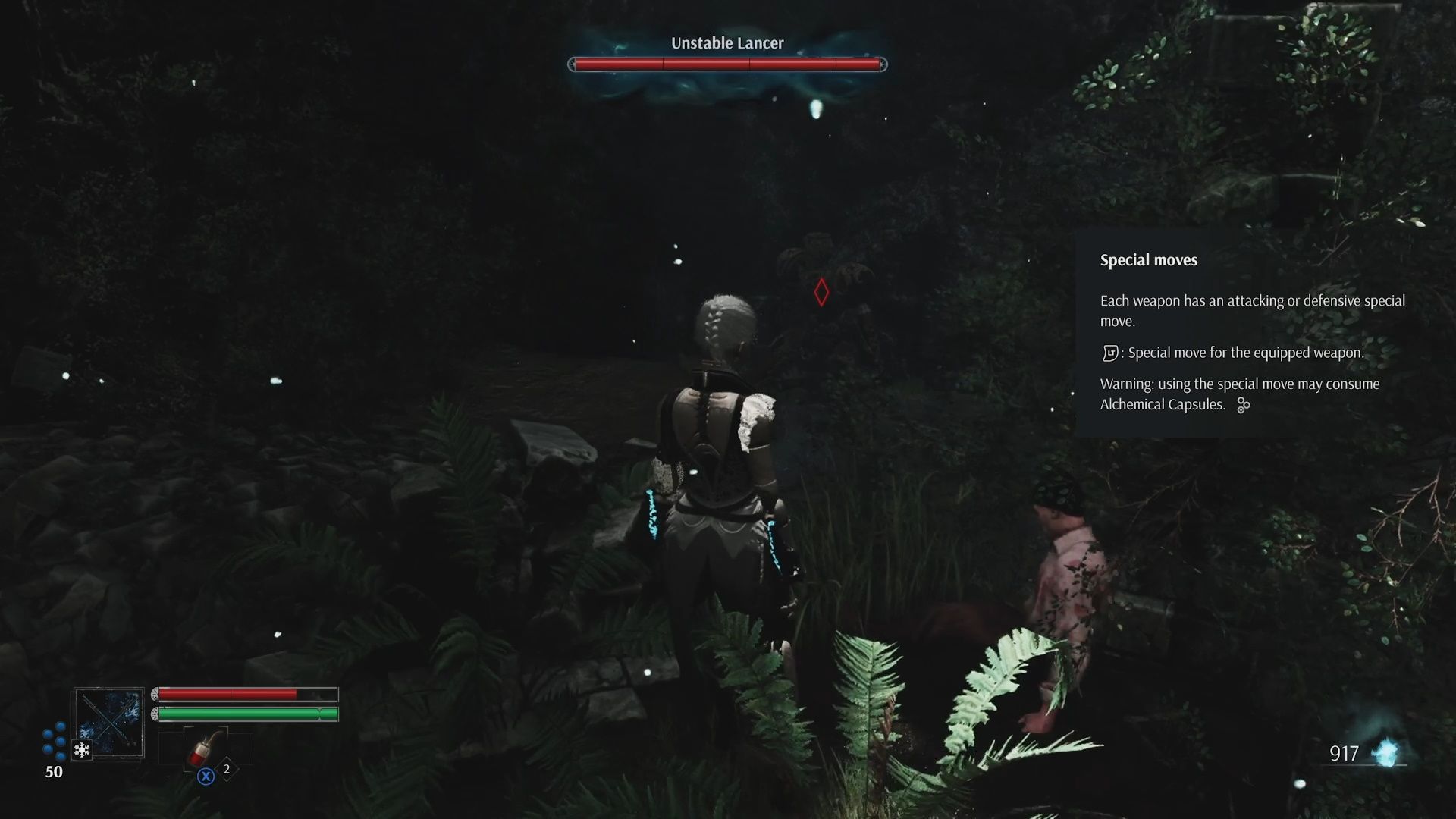 The Unstable Lancer can be a little tough your first time around. It is extremely aggressive, has a ranged attack, and multiple lunging melee strikes. Lateral movement is a big mistake (with one exception), as he will lock onto you with the majority of his attacks. So, instead, we are going to use the Soul’s classic technique. Roll toward and past this robotic monstrosity, then whack him in the back. 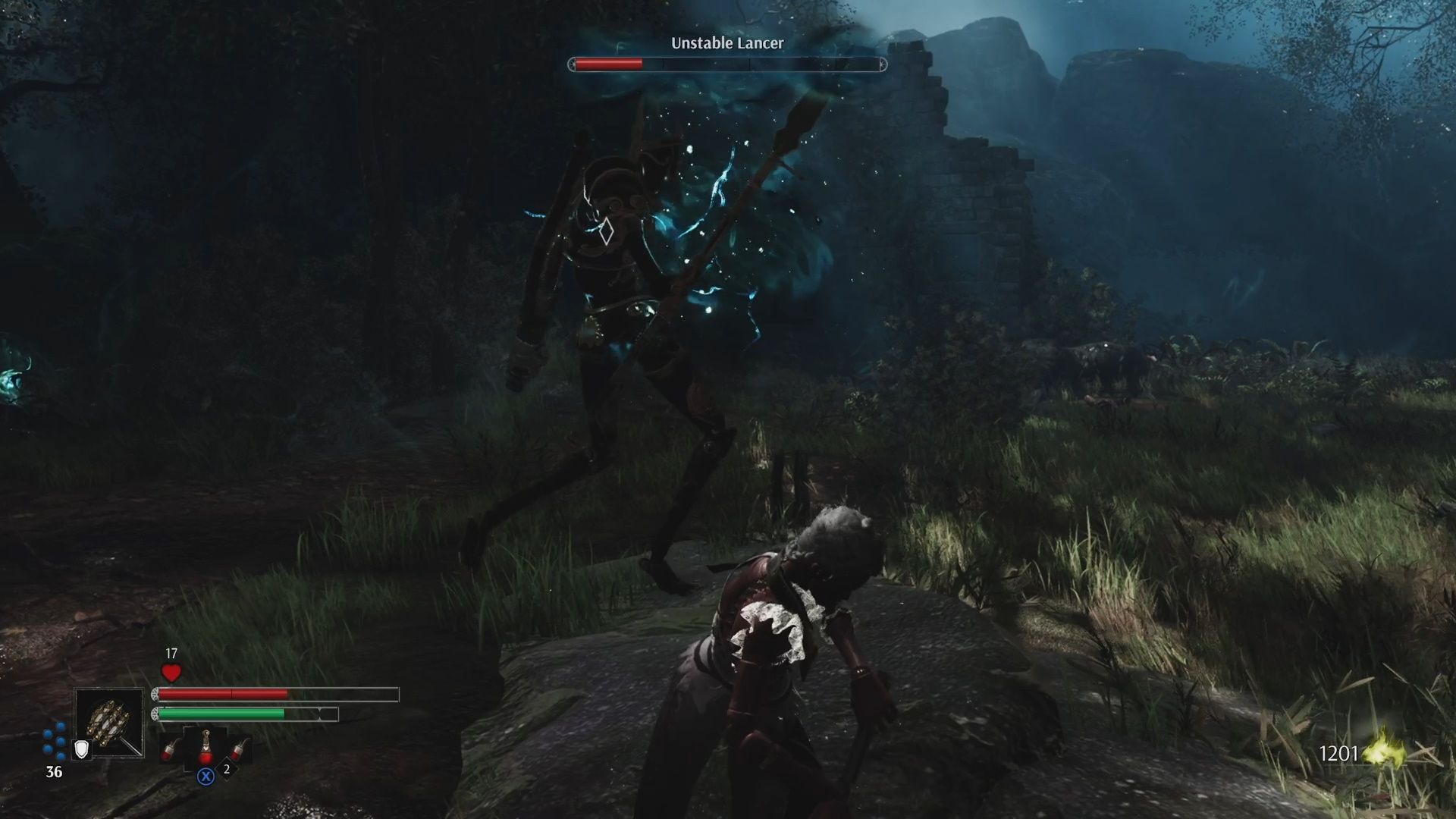 Generally, this boss' melee attacks all have the same tell; the Unstable Lancer will just sorta wind up while shaking. This is your cue to dodge into it, or raise your shield. It does have one very fast attack, a kick, but while it can catch you off guard, it doesn't do much damage.

A fully charged strike will also knock it on its butt, but you aren’t likely to get many of those off. If you have a weapon with a shield, the shield will absolutely absorb their blows. So, you can engage in exhilarating, full-frontal combat where you block their strike and then return with your own. If you get too much distance, the Unstable Lancer will charge its cannon. This is the one time you are going to dash to the side (though, if you have a shield, you can block this, too). 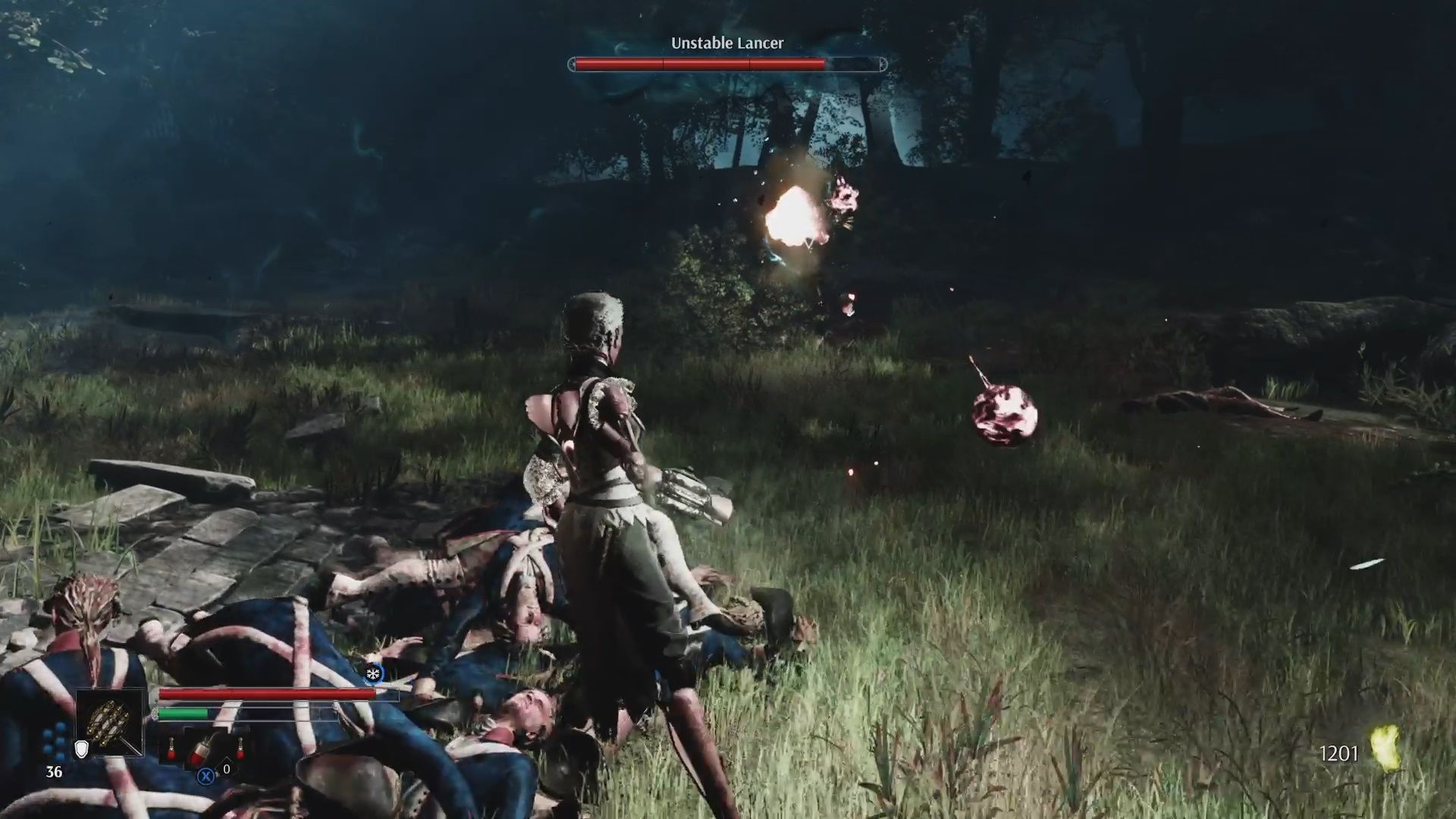 There is a cheesy tactic if you are struggling with this encounter. There is no mist wall stopping you from retreating. So, at any time, you can retreat back to the previous area and heal (without The Unstable Lancer recovering any of their health). Even cheesier, the Unstable Lancer will follow you part-way, before turning around and heading back, meaning that you can draw them out, wait for them to start returning to the boss arena, and then attack their back. Super, super, super cheesy. However, it is undeniably effective. If you use this method we suggest taking a shower once you have “won” the battle.