Jobs have been a staple of the Final Fantasy franchise ever since its inception, and since the third title, Job Change systems have been a favorite feature of many of the series' best games. Strange of Paradise: Final Fantasy Origin is no exception to this, and it makes sense, seeing as it's a prequel to the first game.

Stranger of Paradise has quite a lot of Jobs for you to unlock and play with, and they all have their advantages and disadvantages. Here's everything you need to know about them.

How To Unlock Every Job 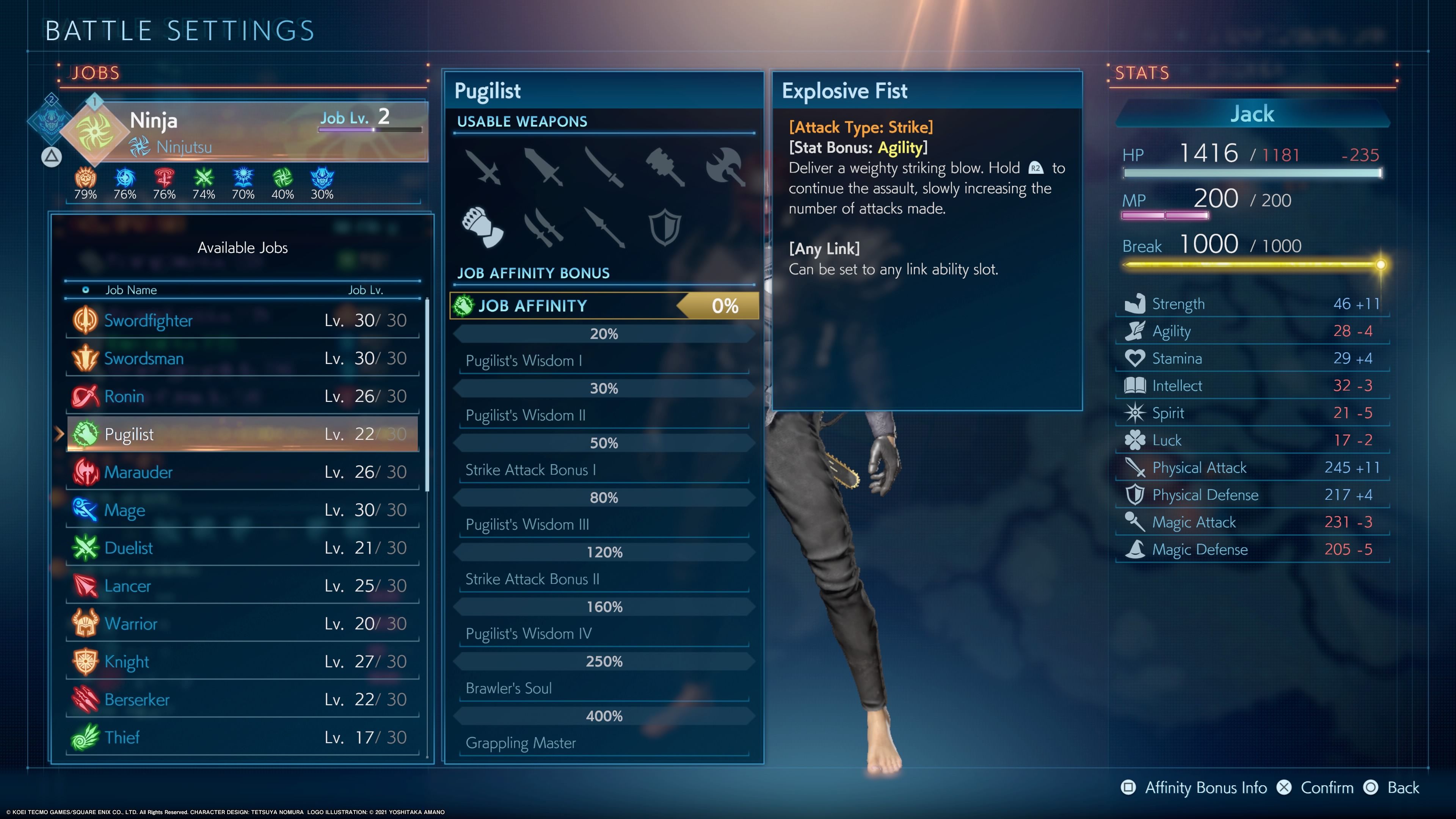 In Stranger of Paradise, there are three tiers of Job – Basic Jobs, Advanced Jobs, and Expert Jobs.

The requirements for each job are listed below, along with their general role in battle. These roles fall into four distinct categories:

As soon as you find one of these weapons, Jack can equip the related Job.

Unlocking these jobs requires that you purchase certain nodes on the Job Trees of prerequisite Jobs. These are always found at the very bottom of the Job Tree in question and most Jobs require two different nodes from different Job Trees. 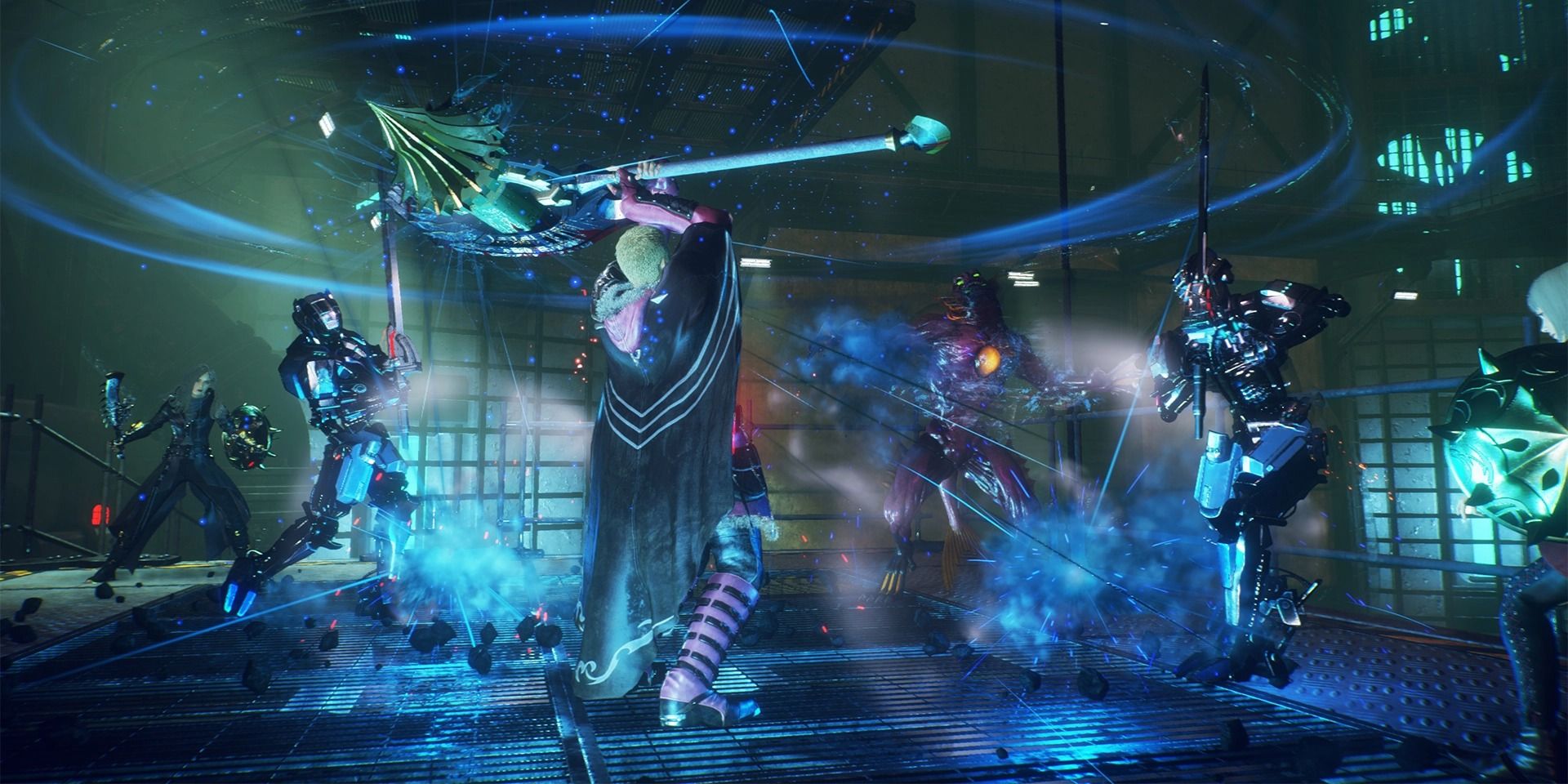 When looking at a Job and how it performs in battle, the main things to consider are the weapons it can use, the Job Action tied to it, and the stats it provides. These are the only things that affect Jack's abilities in battle. This is because any passive abilities that you unlock by spending Job Points are unlocked permanently, for all of Jack's Jobs – this includes access to Command Actions, which can be used by any Job, not just the one that unlocks it. You can also consider the equipment you have, but equipment changes so often in this game that this isn't a good tip.

In effect, any two Jobs with the same weapon equipped will perform largely the same with the exception of their Job Action, and it's this that gives a Job its identity.

Initially, Jobs can level up to a maximum of level 30, at which point they can unlock and learn everything on their Job Tree. In the post-game, you can earn Limit Releases by taking on very difficult challenges. These will allow you to level up your Jobs further.

You usually have to beat up enemies to level up Jobs, but using Anima Shards is an alternative, more convenient method.

The tables below detail each Job by their roles, including information about the weapons they can equip and an explanation of their Job Action. They are separated by role so you can compare them directly against each other and better choose the right Job for you.

Tanks are good at soaking up damage and their Job Actions usually revolve around keeping their HP topped off, avoiding attacks, or negating damage.

Physical Damage Dealers are pretty simple – they deal damage, and they deal a lot of it. Their Job Actions are either special attacks they can use or ways to increase their damage output in some other way.

These magic-oriented jobs must open menus by holding down the right trigger to select the spells they want to cast. The range of spells available to them depends on the Job.

Below is a list of the generic spells in the game that can be cast. Note that the Tyrant's enchantments and the Cyclic Warrior's ultimate attacks are excluded as those are exclusive to their respective Jobs.

These Jobs are the most varied, but are usually very fast and can do some cool things.