Demonslayerx8 has made yet another impressive Super Smash Bros. Ultimate mod by including No More Heroes’ Travis Touchdown in the game!

With the help of WeeabooGodKuro and NibrocRock, Demonslayerx8 has published a Travis skin based on Ike’s moveset, and it’s available for his Patreon supporters right now. The public will gain access to the mod on September 5 through GameBanana.

Travis Touchdown has been a highly requested character for Super Smash Bros. as he has deep roots within Nintendo systems. He made his curious M-rated debut on the family-friendly Wii, crude gestures and all. Masahiro Sakurai, the director of Smash, has said that the game is for “good boys and girls,” but the sexually suggestive Bayonetta on the roster may suggest otherwise. Perhaps this mischievous assassin can make his way to the fight.

Even if he doesn’t appear in the game, this mod makes him look official; you could probably fool someone who didn’t know any better. The detail on the back of his jacket is unreal, and the model itself fits right into the Smash visual aesthetic. The modders have also added voice lines and grunts from the No More Heroes games to make him fully fit in. They did an excellent job. 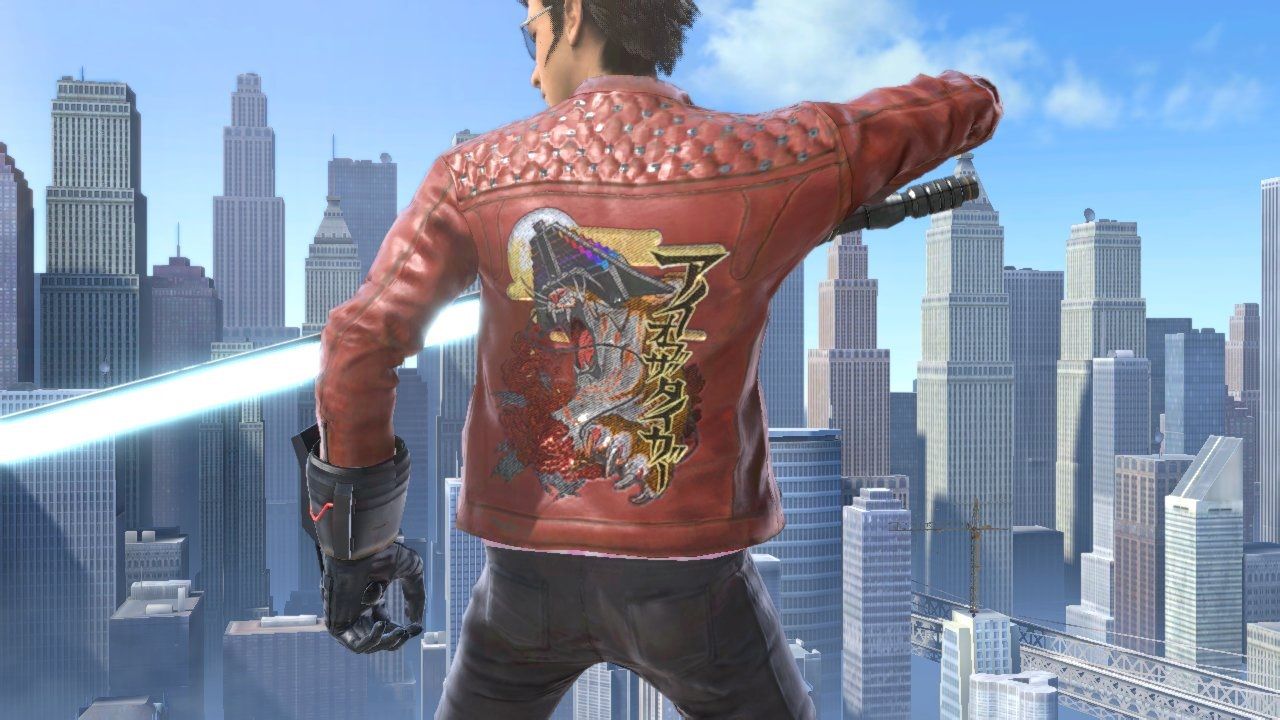 This Super Smash Bros. modder has also released skins for the Lingering Will from Kingdom Hearts and Gravity Rush’s main protagonist Kat. You can watch Travis fighting the upcoming Squall mod from Final Fantasy VIII in this video below:

We wouldn’t be surprised if Travis Touchdown made it to Fighters Pass 2 as a DLC character for Super Smash Bros. Ultimate. No More Heroes III is scheduled to release sometime this year and has been heavily publicized by Nintendo. While he would be another sword fighter, he would be a unique representative for M-rated Nintendo games and the cult gaming fandom. The original No More Heroes might be ported to the Switch, as well, if a recent leak from the Taiwanese Ratings Board is true.

ARMS’ Minmin is the most recent Super Smash Bros. Ultimate character to be released, and there are five more spots available. Will Travis Touchdown take one of those spots? A good way to be number one, after all, is to fight the best of the best.

Two Of Hades’ Best Songs Were Recorded In...