Welcome to Evolution 101 for Temtem, the new Pokémon-like MMO.

If you’ve played Pokémon (and odds are, you’ve played at least one Pokémon game in your life), then you already know 90% of what’s going on in Temtem. The game takes its “inspiration” from Pokémon to the ragged edge of intellectual property theft, which means Pokémon fans can jump right into Temtem without much of an explanation.

However, there are a few differences between Temtem and Pokémon that might require a bit of an explanation. Evolving your little tamed Temtem is one of them. While your Temtem will still mostly evolve by leveling them up, there are some tweaks to the old evolutionary formula that you should know about. So, let’s get started.

How Evolution In Temtem Works

The biggest change in Temtem is that evolution no longer happens at a specific level. Instead, you must level-up your Temtem a specific number of times after being tamed before they’ll evolve.

Let’s take Crystle, one of your starter Temtem, as an example. Crystle will evolve into Sherald after leveling-up 30 times. Since you get Crystle at level 5 when you start the game, this means that you’ll need to get it to level 35 before it will evolve.

Now let’s say you capture a Raiber in the wild and tame it. Raiber evolves into Raize after you level it up 15 times, so if you capture Raiber at level 7, it will evolve into Raize once it reaches level 22.

As with Pokémon, evolving your Temtem is generally a good idea. Evolution will usually provide better base stats, better Techniques (or moves, in the parlance of Pokémon), and sometimes even better Traits. However, if for some reason you just can’t bear to evolve your Platypet into Platox, you can cancel the evolution by hitting Esc on your keyboard (or the equivalent of the “B” button if you’re playing on gamepad).

Stages And Types Of Evolution 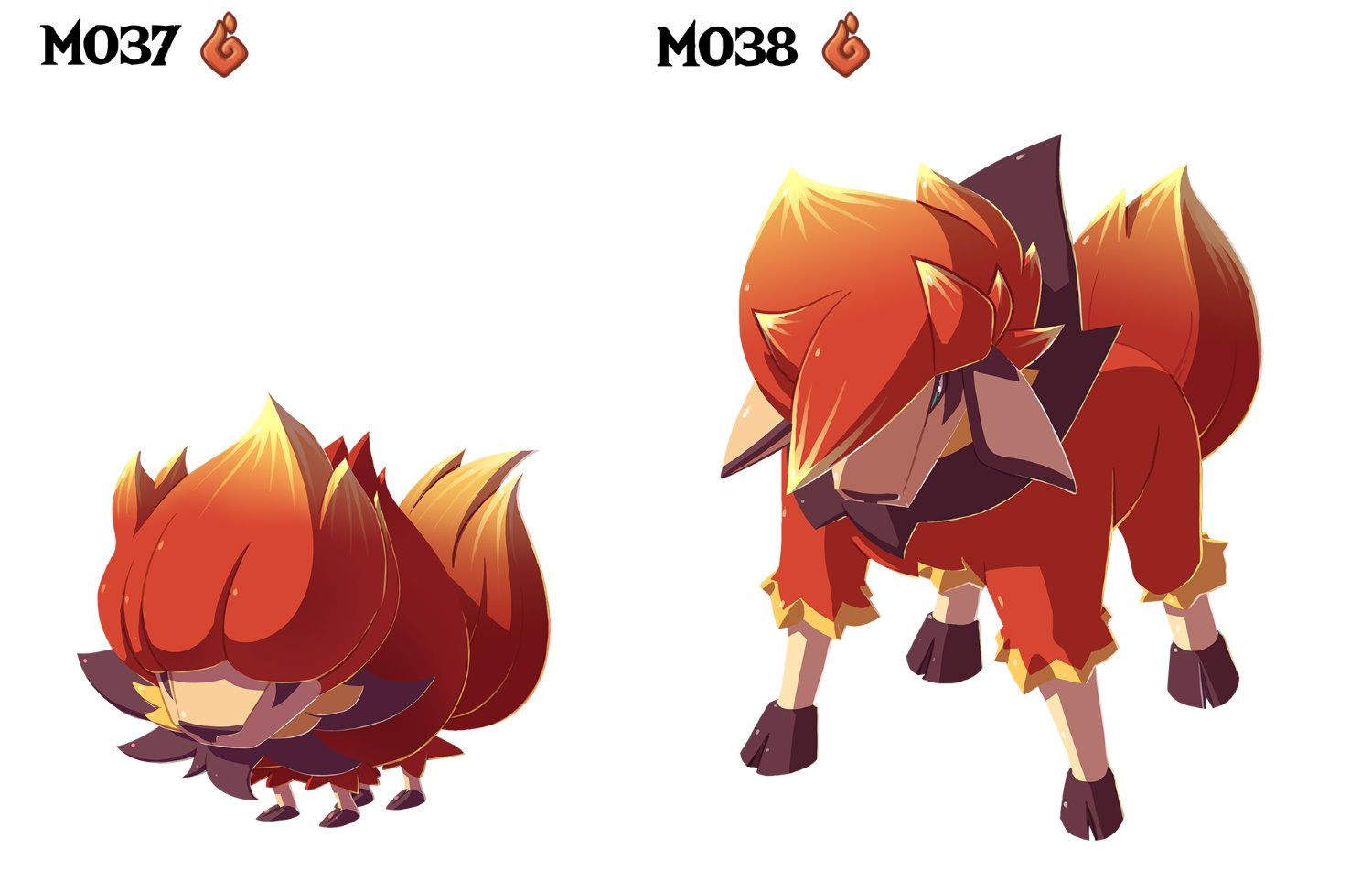 Temtem is a new game, and that means we’re still discovering all the various Temtem that can be captured and evolved. What we do know is that there are at least 161 Temtem species available, and most of them have at least one evolutionary stage.

Just like Pokémon, Temtem start off as eggs, then hatch into their Base stage. After that, they can be evolved into either a Final stage or a Mid stage, depending on whether they have two or three evolutionary stages.

Some Temtem, such as Sparzy, seem to only have a single evolutionary stage at this point. That might change later as the game itself evolves — it’s still in early access, so new content patches are coming all the time.

There are also other ways to evolve other than leveling-up a specific number of times. The first is called Meta-Mimetic Temtem, and they evolve when certain conditions are met. A good example is Tuwai, which can evolve into Tuvine if you take it to the Crystal Shrine. This changes it to a Crystal-Type Temtem and gives it different Techniques. 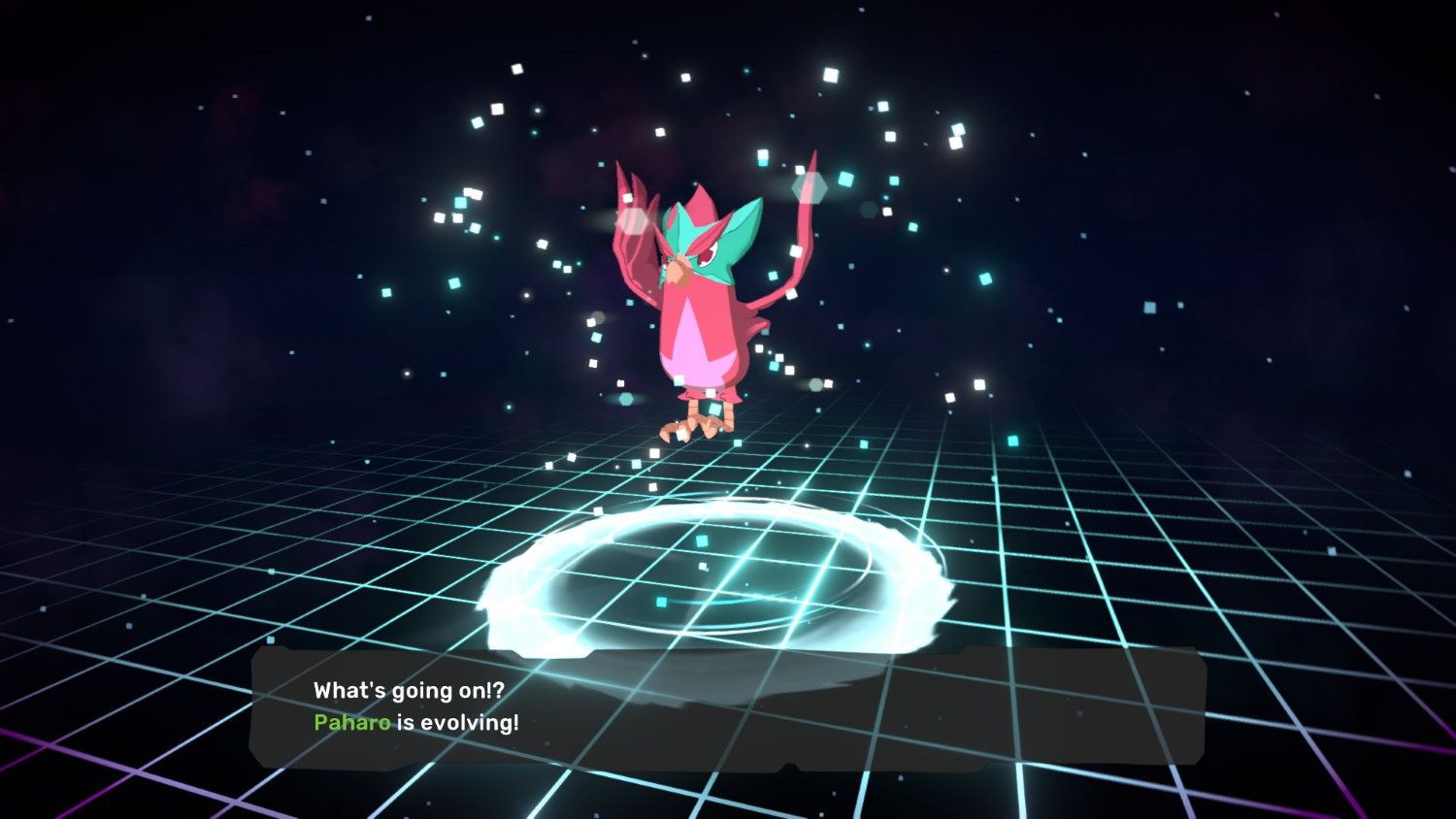 Another way to evolve is by trading. Unlike in Pokémon, where trading causes an instant evolution, in Temtem, you have the option to either trade to cause an evolution or you can just keep leveling-up your Temtem and it will eventually evolve on its own. Lapinite, for example, will evolve into Azuroc after you level it up 25 times, and Azuroc will evolve into Zenoreth if you trade it or level-up Azuroc a further 25 times.

There may be other ways to evolve Temtem that haven’t been discovered yet, so keep an eye out!