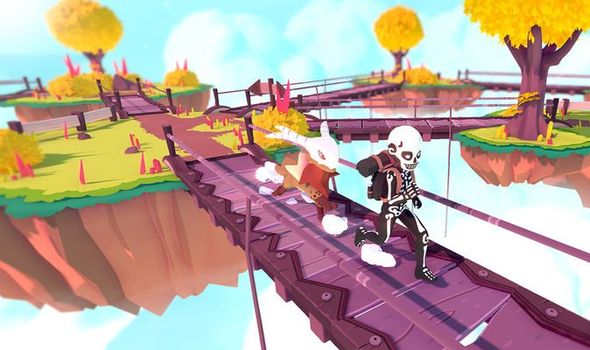 TemTem could become the next big early access hit to emerge on Steam, with its release date set for January 21, 2020. The hype has been slowly building for its release and without many other big launches scheduled for January, it’s got a good window to grow. The only downside is that while TemTem will be released on Nintendo Switch, PS4 and Xbox One in the future, it will only be arriving on Steam this week. Console gamers are looking at a year-long wait before they get the chance to check out the game that will be rivalling Pokemon Sword and Shield.

WHAT TIME DOES TEMTEM RELEASE ON STEAM?

Developers Crema has confirmed the official release time for TemTem on Steam this week.

The game will officially unlock into early access Tuesday, January 21, 2020. The release time has been confirmed as 10am PT in the United States.

For gamers in the UK, that will mean waiting until 6pm GMT to download and start exploring the worlds of TemTem.

The development team has also been busy working on server stress tests before the big launch.

And that’s good news as there looks to be a lot of interest in the launch of TemTem before it goes live this week.

If there is a surge of players trying to access the game, there’s a good chance for some server turbulence.

Most gamers will be used to this when it comes to the launch of a new game and it’s currently unclear just how people are planning on buying the game on launch day.

Commenting after playing the Alpha version, one TemTem backer writes: “The game is solid. It’s very polished, well optimized, and enjoyable. In my opinion, it’s worth 35 dollars, but I know what it’s like to be a poor student.

“That said, I can guarantee there will be updates, adding more islands, TemTem, dojos, and features.

“There’s no need to hop into the game right away, it’s Early Access for a reason. Unless you’re REALLY eager to claim a username, or want to get in right on the ground floor, I think it’s perfectly fine to wait a couple months or half year and see how development continues.”

For those that don’t know much about TemTem, it’s a new MMO experience based around similar concepts to Pokemon.

Players will be able to explore the world with a team of creatures that you will also use to battle others.

This will mean sharing a world with other TemTem tamers, which you will be able to see exploring alongside you, as well as fighting to become a top trainer.

This also extends to being able to join forces with a friend and work together to catch new Temtem, or face off against a Temtem Leader in dual battles.