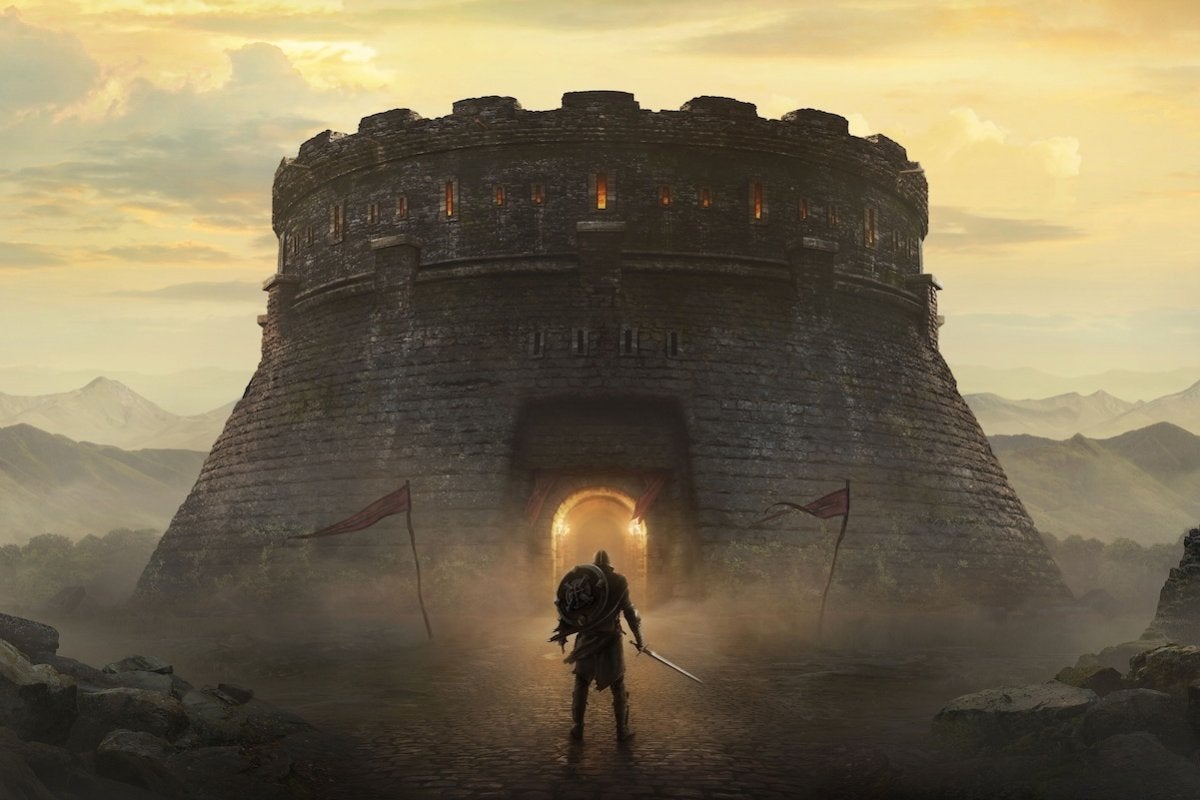 Winter was a quiet season for iOS gaming, but the scene is flourishing once again with the arrival of spring. By far the biggest new title is The Elder Scrolls: Blades (although it actually dropped on April 1), which is Bethesda Softworks’ long-awaited iPhone game that’s set in the same universe as Oblivion and Skyrim. It’s cool, but some players are feeling more stabbed by the payment model than by the swords.

Fortunately, we found other flowers in this field. There’s a pendulum game that manages to feel so right precisely because its graphics feel so wrong, and there’s a puzzle game that sometimes almost moved me to tears (in the best way). If you’re scouting for some more great games for your iPhone or iPad, be sure to check our list for February as well. 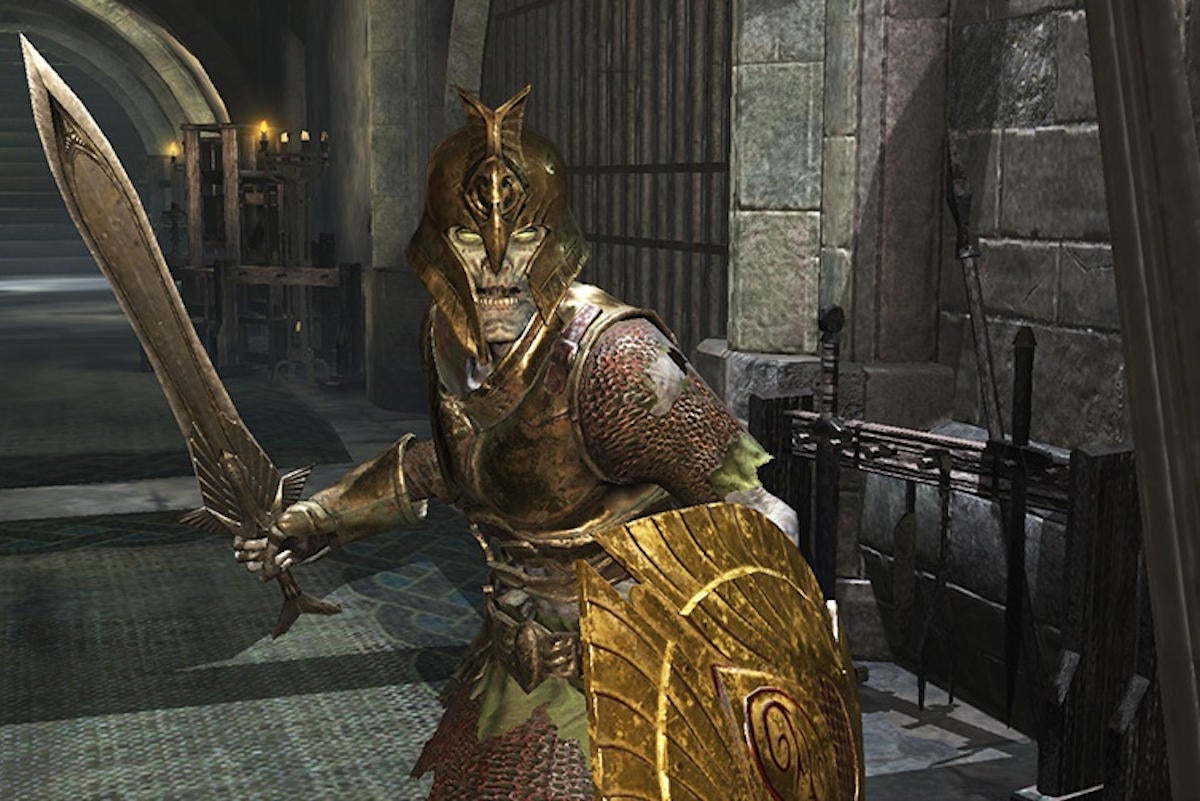 Technically The Elder Scrolls: Blades is only in early access, but considering that developer Bethesda claims that well over a million people have already accessed it early, there’s no reason why it can’t included here. If you’re looking for Skyrim on the iPhone, this isn’t it (although the graphics come decently close). Instead, it’s a fun made-for-mobile game about rebuilding your ransacked hometown and delving into dungeons where you fight baddies by using carefully timed taps for either your sword or shield. In portrait mode, you can even play it with one hand.

You’ll loot treasure, too, but you usually won’t get that Skyrim-like instant gratification when you open a treasure chest. As this is a free-to-play game, you’ll have to wait a bit before it unlocks—or, of course, you can plunk down some cash to make it open early. It feels a bit like putting gold in the chest for someone else to loot, and there’s a chance you won’t even get to keep your stuff when Blades officially launches. Still, it’s rather impressive and worth trying if you don’t mind waiting out the chests. You can sign up for a chance to play here. 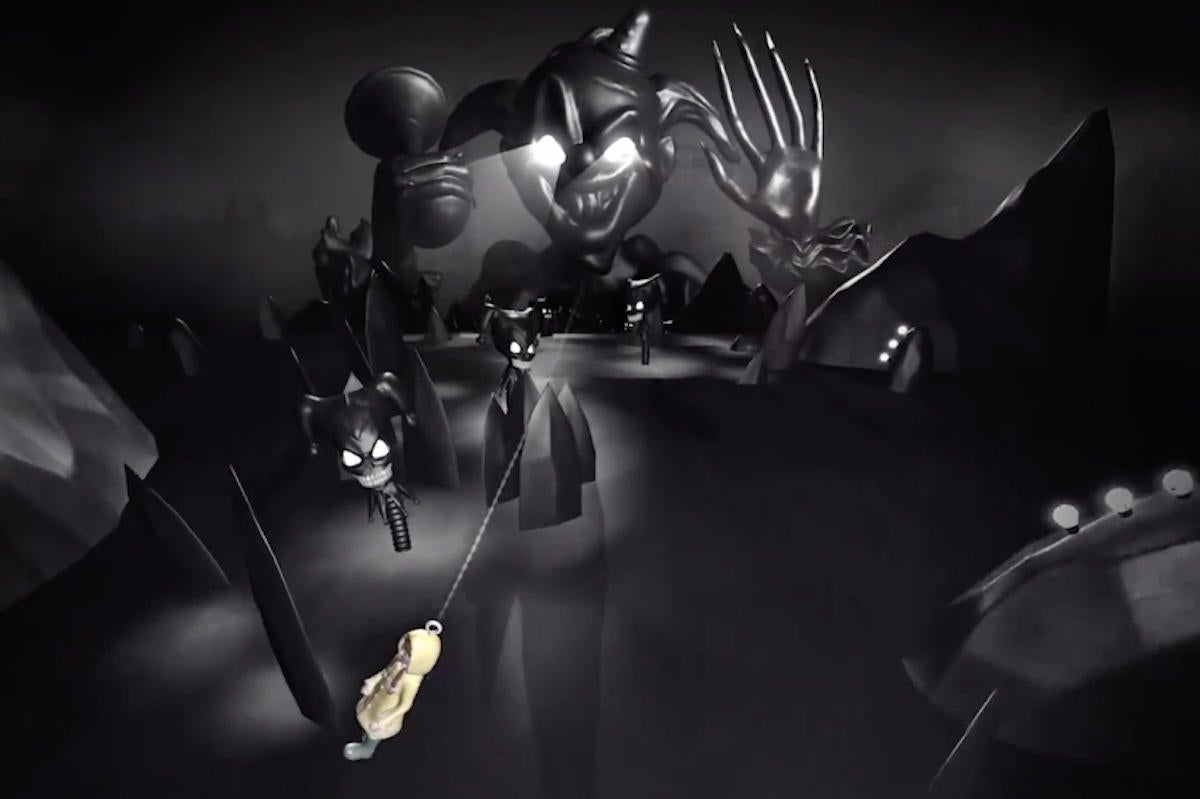 Rest in Pieces is one of the best horror games on iOS in a while, which is remarkable because it’s also one of the simplest. It’s a pendulum game, but here the pendulum is a porcelain figure of a young girl in a yellow fisherman’s slicker. Back and forth she swings through a monochromatic nightmarescape with the help of your finger taps, hurtling past crags and demons toward a manic jester that looms above her and the surrounding landscape. If she crashes, she shatters, and the sound never fails to hit like a scream.

R.I.P. is free, but fortunately its in-app purchases aren’t going to frighten you. (In fact, it lets you unlock unlimited lives and disable ads for $2.99.) Once you get into the swing of things, you’ll unlock both new figures and new stages dominated by monsters evoking everything from Medusa to a kraken. 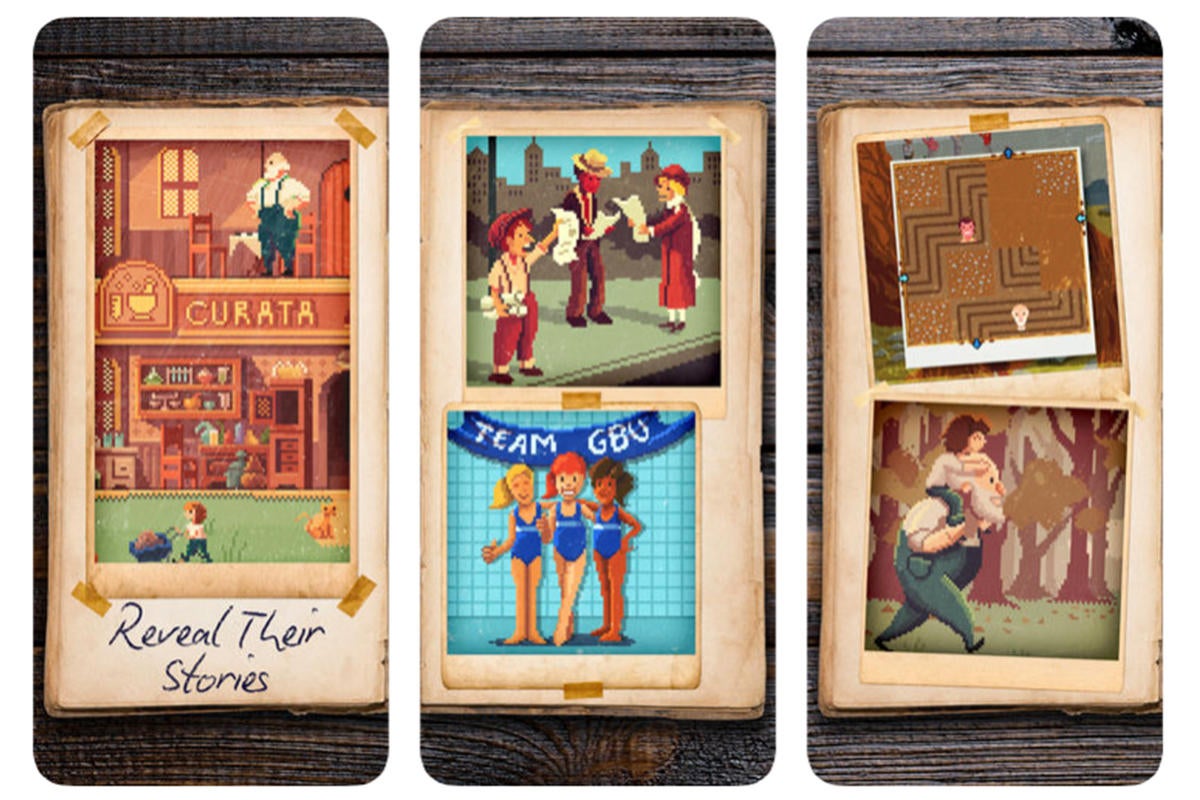 There’s nothing particularly novel about using puzzles to tell stories on iOS, but few games handle the concept so well as Photographs: Puzzle Stories. It’s exactly what it sounds like: a diverse assortment of puzzles presented within the framework of five different tales. At one point you follow the plight of an alchemist, and then you’ll spend some time in the shoes of a newspaper editor.

The diversity of the puzzles keep them interesting, but it’d be a mistake to expect sunshine and rainbows from the rather depressing stories. They’re wonderful despite their bleakness, and the puzzles always fit the theme of the narrative. Photographs was last month’s most artistic game, and it’s the kind of game Apple would have wanted in Apple Arcade. One warning: It will only take you a few hours to get through all the puzzles. 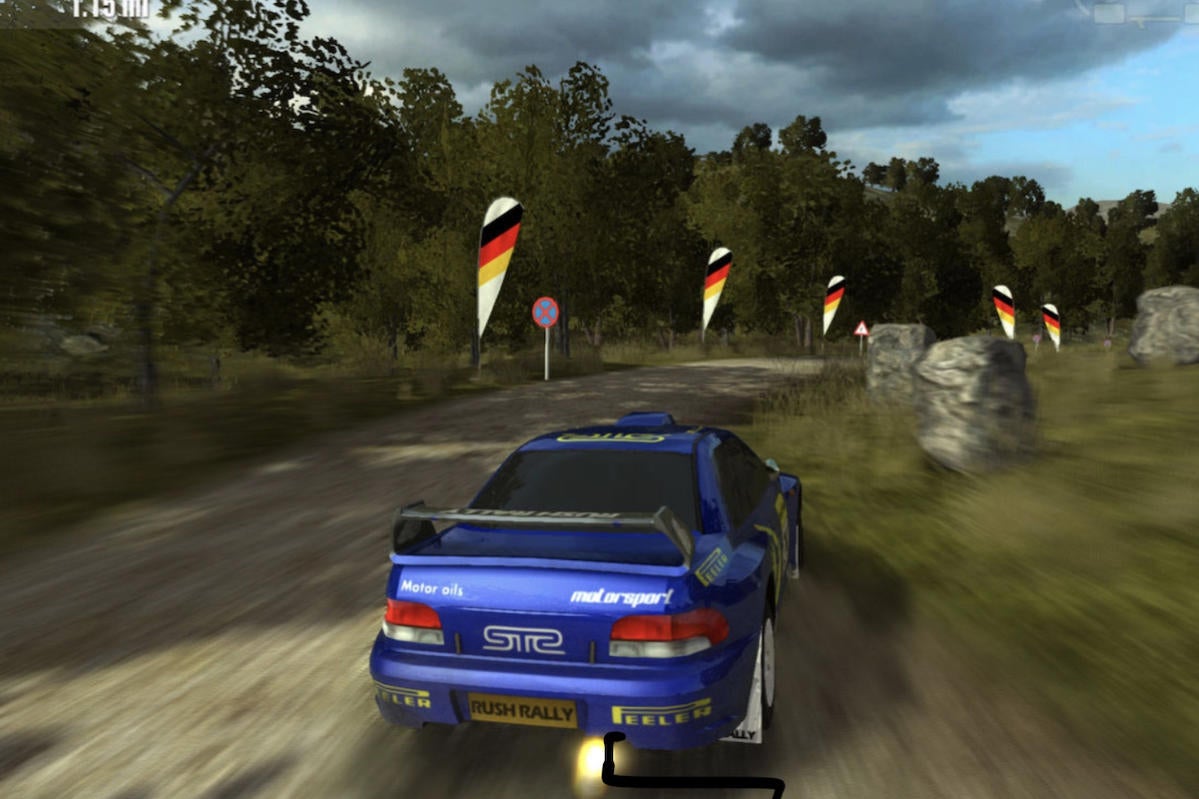 Racing games on iOS seemed stuck in the mud for a while, but lately they seem to be finding their groove. At the moment, Rush Rally 3 is leaving plenty of its competition in the dust. It’s neither too realistic nor too arcadey, and it complements its single-player career campaign with some entertaining multiplayer racing modes. The cars all handle well, and I admire how it lets you switch from an in-car perspective to a bird’s-eye view.

You get all this in addition to stellar graphics for a mere $3.99, and there aren’t even any in-app purchases. If you’re looking for a rally game on iOS, it currently doesn’t get any better than this. 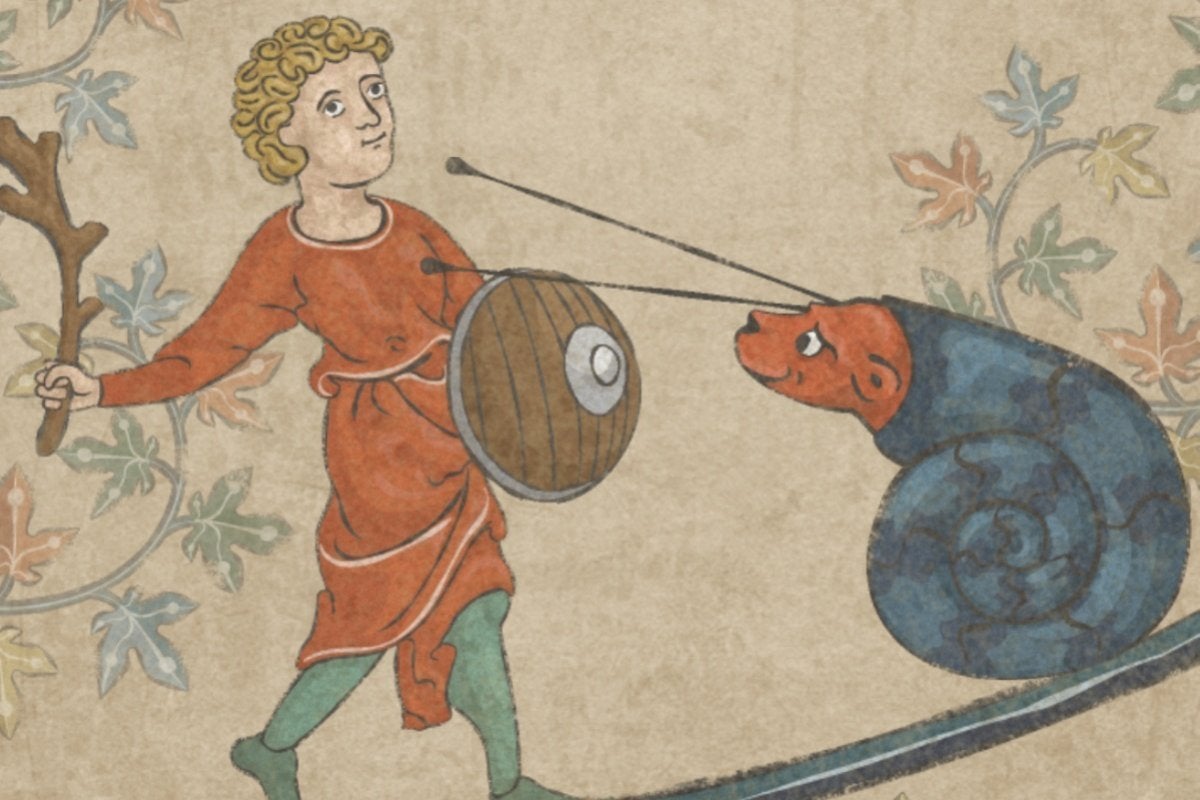 Medieval marginalia were visually interesting diversions from the work that monks and scribes should have been doing, which basically makes them the Game of Thrones-era equivalent of video games. Marginalia Hero makes those meme-worthy images come to life in a simple but challenging game that’s more like Guitar Hero than anything else.

A series of targets appear on a circle, and you need to tap those targets in time with a sword that moves around the perimeter like a hand on a clock. The difficulty ramps up quickly, as you’ll soon have barely a second to see the marks before they disappear. Successfully tapping all the marks allows the knight at the bottom to slay the snails and slugs, and the gold earned from your winnings lets you buy better gear—in other words, more chances to mess up. It’s best played in short bursts rather than long sessions.