Alien turn 40 today! Ridley Scott’s horrifying sci-fi masterpiece has inspired a number of well-loved video games – everything from Doom to System Shock to the recently released (and fantastic) Observation. However, actual games based on the Alien franchise has been, uh, well a rollercoaster ride in terms of quality. To be frank, reader, most of them are bad. Real bad. However, among that sea of terrible licensed titles are several fantastic games set in the Alien universe.

If you’re looking to celebrate the release by digitally eviscerating (or getting eaten by) xenomorphs, here are the best Alien games to play. 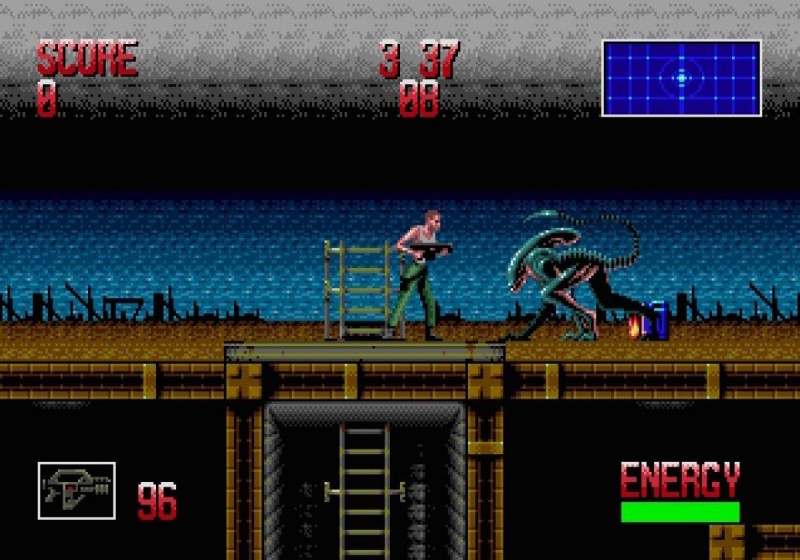 Funny how one of the most critically panned (undeservingly so, your humble narrator might argue) entries in the series have resulted in one of Alien’s most interesting and even fun games. This side-scroller isn’t that scary, but it does let you play as a very bald Ellen Ripley burning through hordes Aliens and Facehuggers with a flamethrower. Not bad. 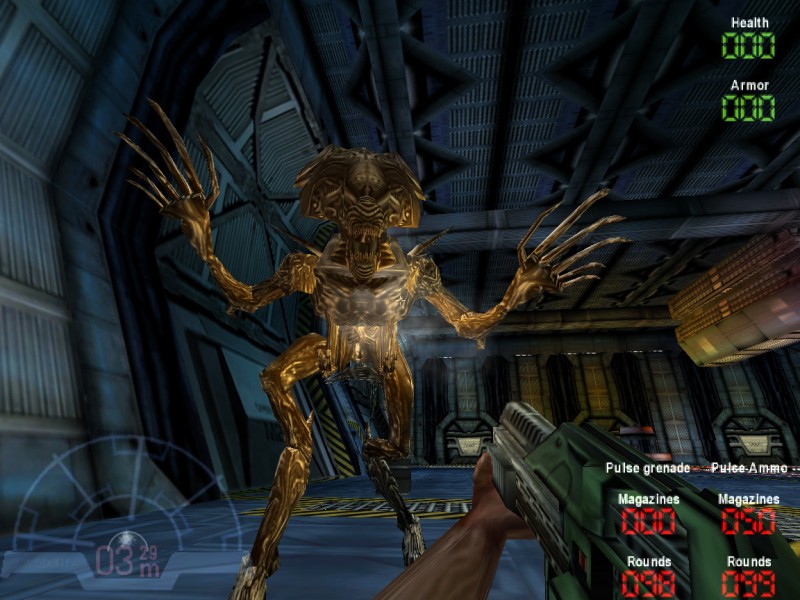 Long before developer Rebellion was getting into the slo-mo headshot game with Sniper Elite, it turned the popular comic crossover series pitting two of 20th Century Fox’s biggest baddies against each other into a video game – and a pretty darn good one to boot. Alien Versus Predator (AVP) has three campaigns that each have their own distinct tone and playstyle. If you play the Marine path, you are a soldier stumbling around in claustrophobic and dark environments, blasting Aliens and hopefully not getting insta-killed by a Facehugger. If you chose the Predator, you lop heads off from the shadows and blow people into pieces with your shoulder cannon. And, of course, as the Alien, you munch on scientists and throw androids into whirling fans to cut them up. With a ridiculous amount of gory slapstick, AVP is one of the most enjoyable games of its era, and still holds up today. 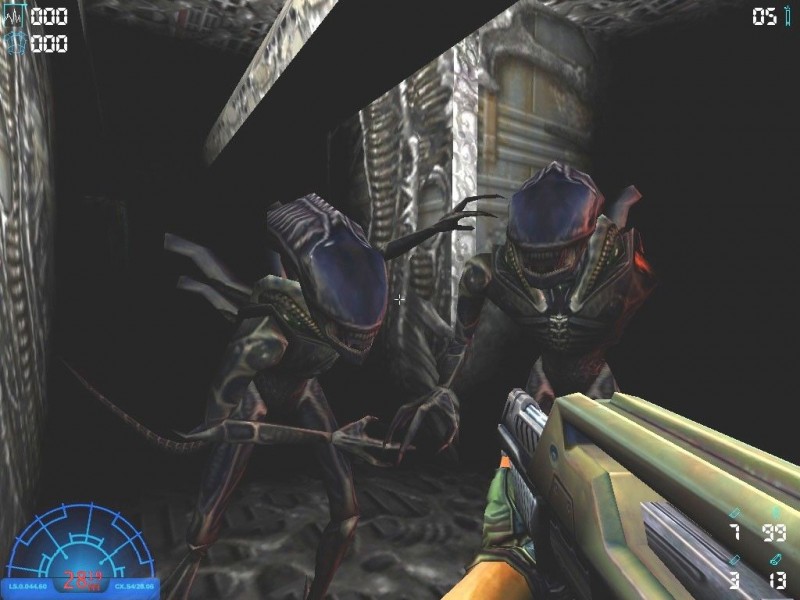 Alien Versus Predator 2 didn’t mess that much with the formula of the first game. Monolith, taking over for Rebellion, just added in a decentish story, made the game a bit brighter, and buffed out the gore. Honestly, more of the same when it comes to Alien Versus Predator’s zaniness is fine by us. 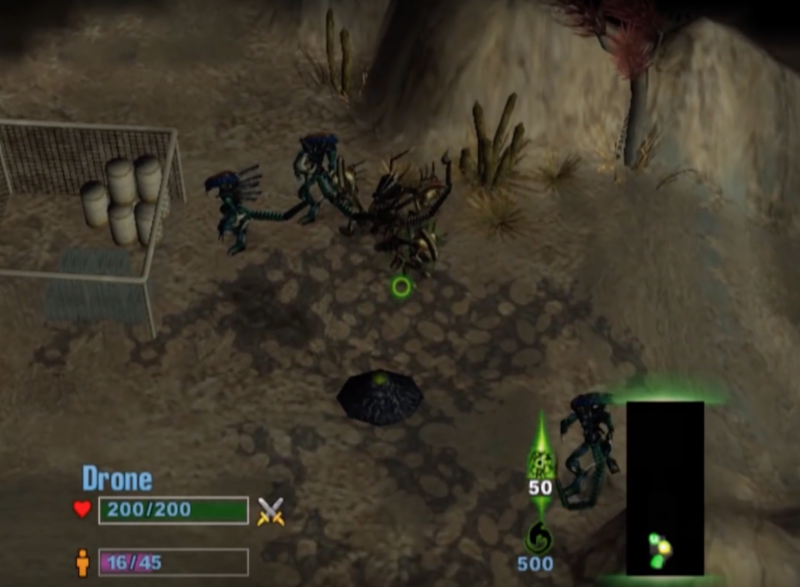 Look. We’re not going to sit here and tell you that Extinction, a real-time strategy game pitting the Aliens against the marines and Predators is up there with the likes of Warcraft or Command and Conquer. However, to reiterate: it’s a real-time strategy game pitting Aliens against marines and Predators. You’re either onboard or not at this point. 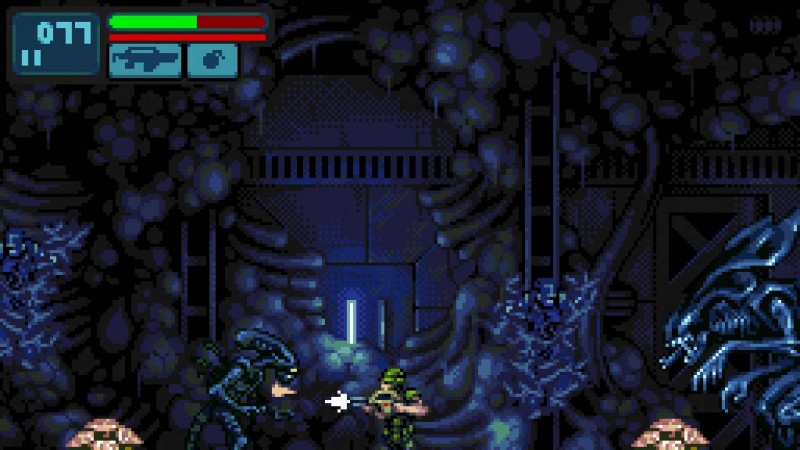 Infestation is a thing you didn’t know you wanted: a game that uses the Metroid formula set in the Alien universe where you play as a squad of colonial marines. And guess what? It’s actually good. Really, really good (read our review if you don’t believe me). If you’ve got a DS (or 3DS) somewhere, this one is definitely worth playing. It even has a touchpad five finger filet minigame that mimics the famous barracks scene from Aliens. 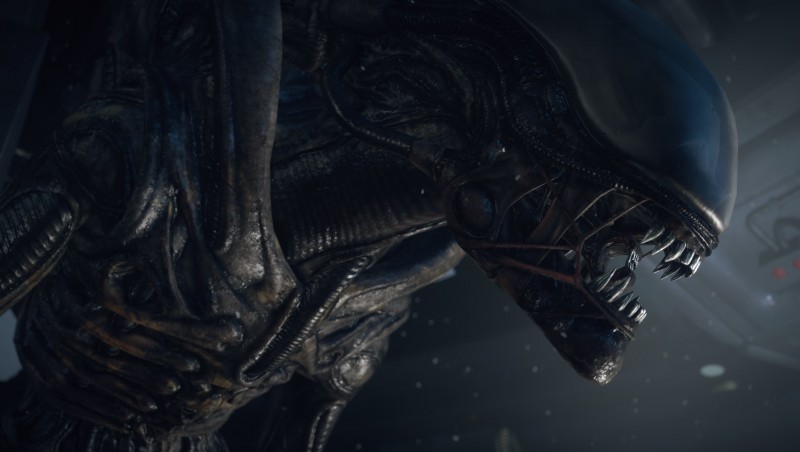 Easily the crown jewel of the Alien games, Isolation is a treat for fans of the movie. After years upon years of mediocre licensed shooters and games that cribbed hard from Aliens, Isolation put players on a giant space station that faithfully recreated the original film’s retro-future style with analog computers and blinking lights and pitted them against an invincible killing machine. Gone are the fragile bugs of Aliens that blew apart in a hail of bullets. Isolation treats the classic 1979 version of the monster with reverence, forcing you to stick to the shadows and use your wits (and whatever gadgets you have) to outwit your pursuer.

Sure, Isolation is about 10 hours too long and can be a bit tedious at times. However, it’s the only licensed game in the Alien universe that understands and respects the power of the original film. As an homage, Isolation is nearly impeccable.