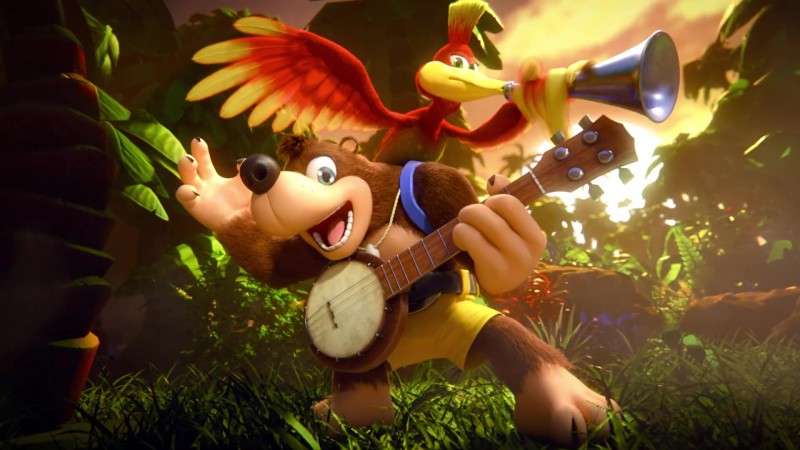 A good trailer for a video game must sell why a game is interesting and worth your attention. It also has to have a good soundtrack, which all of the games below have. Unfortunately, there are also all these pesky sound effects in the way that make it really hard to dance to.

Zombie Army 4: Dead War is a game about zombies, army, war, and also “dead” if we’re to believe the title. But my big takeaway from the trailer was how good the track playing in the background was. After the PC Gaming Show I was frantically trying to figure out what the music was with Shazam’s aid, but there is no “ignore gunshots and explosions” setting that I am aware of. The search continues…

Midnight Ghost Hunt’s mix is pretty good. It doesn’t elevate the explosions too much, which is smart because the music in this trailer is great. And it’s original! The song is called “Where Are You?” by Ghostwood Empire. I like it.

Sure this one doesn’t have guns and explosions, but it does have punching, kicking, and “hyuck” noises. Thankfully, Nintendo did release a standalone version of the track on its Smash Bros. music page, so that we can all enjoy it in peace and quiet. Well, not quiet, but you know what I mean.

Sure, the Final Fantasy VII Remake looks great, and hearing those familiar characters’ new voices is all well and good, but listen to that music! The familiar themes have been re-arranged and re-recorded… or at least I assume so. It’s hard to hear over all the grunting and explosions.

You’ve got to love a good synth soundtrack. I think I would love this one even more if a pair of teens weren’t constantly dropping f-bombs like they just learned the word, though. In between the gore, profanity, gunshots, and explosions, I liked what I was hearing.

Here’s a weird one. It’s medieval, but it also sort of has an old wizard rapping on top of it? And then there’s a melodic chorus? There is also at least one explosion and some loud footsteps, so it passes the bar necessary to live in this feature. If that’s one of the titular “songs of conquest,” then I’m ready to enlist!

There is some interesting chiptune action happening here. At least, I think there is, but Travis keeps talking over it and blowing up robots.

I was hesitant to include this here because there are no explosions covering up the sweet, sweet synth soundtrack, which makes it arguably out of place in this feature. However, good trailer music is good trailer music.

Speaking of good trailer music, here’s another trailer that has good music. And no explosions. But it does lead with one big gunshot, so this feature is now officially back on track. Sort of.

For all of our E3 2019 coverage, including hands-on previews, interviews, and more, head here.