With so many available types, it was inevitable that some would be more desirable than others. Take Ice, for example. While it's easy to point out that Ice Beam is Pokemon's greatest dragon-killer, it's often considered best to stick that move on something other than an Ice-type. Ice's weaknesses are just so common that many species belonging to its roster will have a difficult time sticking around in battle.

Ground-type Pokemon don't have this problem. That's not to say they don't have weaknesses just like everyone else, because they absolutely do, but their attacks are super-effective against a whopping five types, and they're outright impervious to Electric. In short, if you want to have an easier time in Pokemon Brilliant Diamond & Shining Pearl, find yourself a couple of Ground Pokemon posthaste.

That's where this list comes in handy. Here are the best Ground-type Pokemon in BDSP. Some make great main story partners. Others are prime for the post-game. At least one is nightmare fuel. 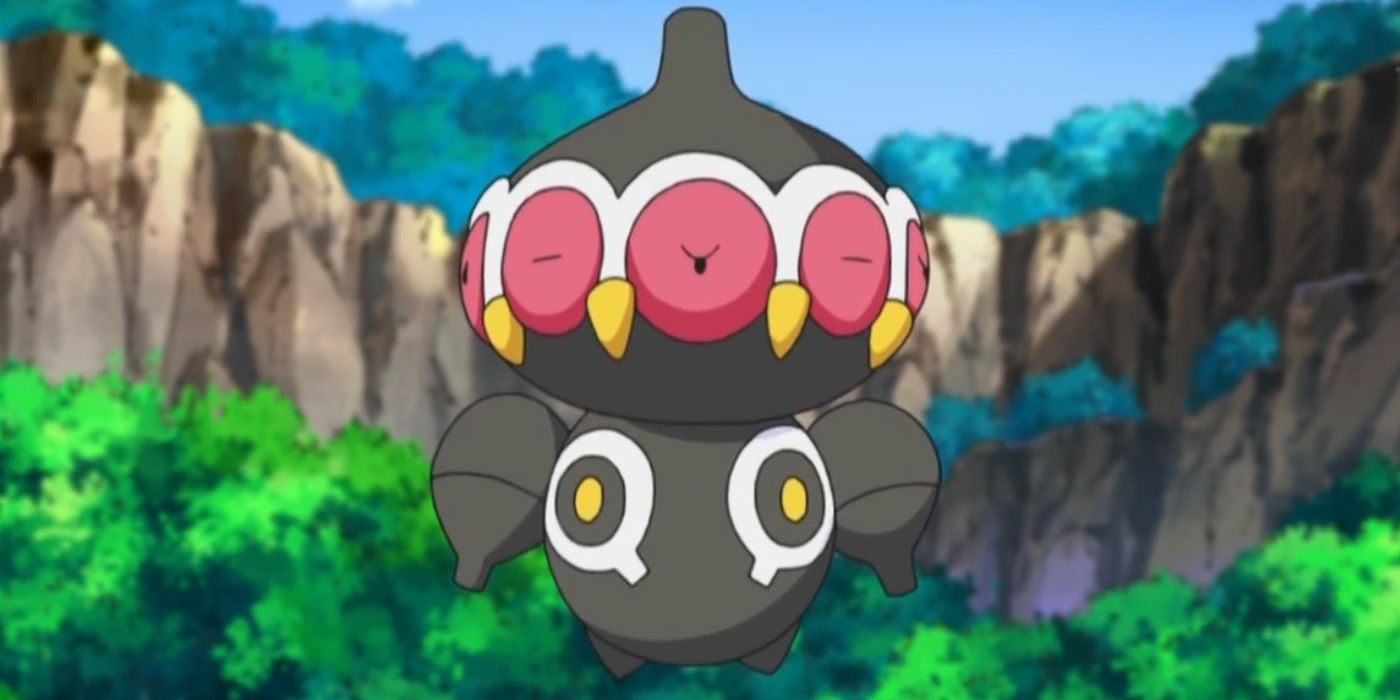 There's a term for Pokemon like Claydol in the competitive circuit. "Role compression." It's a niche notion that not every player is going to bring with them to the big leagues, but a nice post-game perk nevertheless. This works out peachily, because Claydol's pre-evolved form, Baltoy, cannot be caught until after acquiring the National Dex.

So, what exactly is role compression, and why would anyone care? It's all in the name. By compressing various roles that would otherwise take multiple Pokemon, Claydol can serve as a defensive wall against particularly threatening enemies and simultaneously set deadly traps early in the fight that can mess things up big-time much later on.

This makes Claydol a grand choice for the Battle Tower, which only ever allows players to bring three Pokemon with them at a time. Scorching Sands is a fairly powerful Ground-type move with a 30 percent chance of burning the target. Toxic, Stealth Rock, Rapid Spin, these are all designed to give rival trainers long-term grief. High defensive stats round it all out.

In any case, look at this thing. For every cuddle-mandatory Eevee, there's a Pokemon out there that can frighten small children. And then there are Pokemon like Claydol, whose sudden appearance will frighten children of all ages. 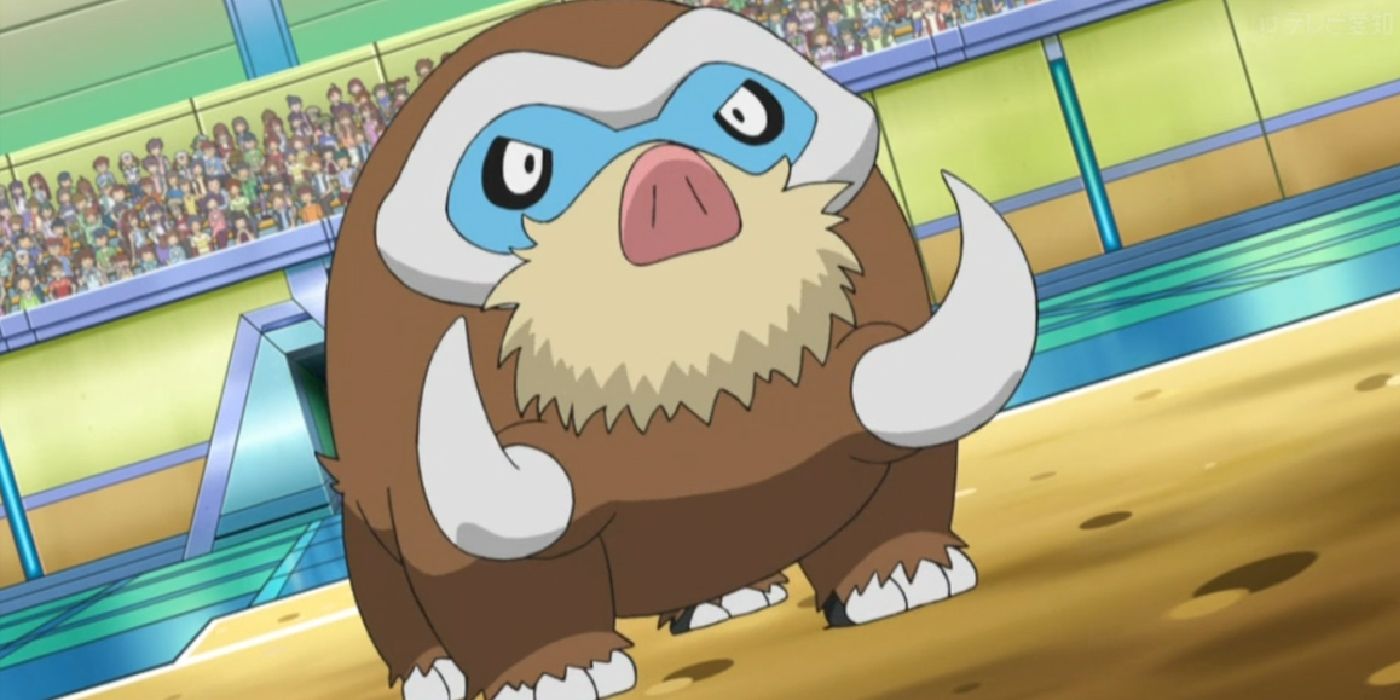 A handful of Pokemon in Brilliant Diamond & Shining Pearl are classified as part of the National Dex yet still obtainable during the main story. Mamoswine is one of them, which is excellent news because Mamoswine is awesome.

Catch yourself a Swinub in the Grand Underground and it will evolve into Piloswine at level 33. Make sure that PIloswine knows Ancient Power and the next time it levels up, it will turn into this literally mammoth-sized Ice/Ground-type. Ice and Ground is an interesting mix; it's weak to five types (ouch) but Poison and Electric won't so much as make it flinch.

But Pokemon prides itself on the delicate balancing act of maintaining some degree of balance whenever possible, at least as far as non-legendaries are concerned, and Mamoswine is a prime example. Ice/Ground is one of the best offensive move combinations in BDSP. Both types emphasize outstanding attacks, which suits Mamoswine's own outstanding Attack quite nicely.

Skip the more typical Ice Beam in favor of Icicle Crash to further take advantage of Mamoswine's strengths. Earthquake is a must — 100 base power with 100 percent accuracy? No wonder it's so common competitively. 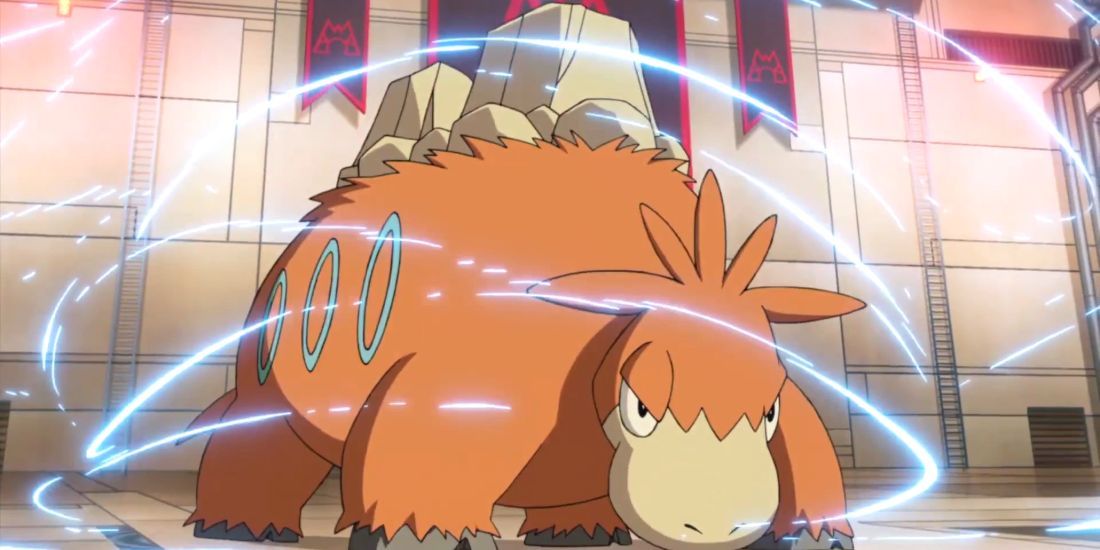 Camerupt is a camel that is threatening to erupt at any given time. It is a volcanic camel, a volcamel if you will, and you probably shouldn't, because "Camerupt" is admittedly funnier. Please think about this long and hard, though. This is a camel filled with smoke and magma. At any given time, a massive explosion can melt the life ambitions of anyone and everyone within a certain radius.

Someone at Game Freak showed up to work one day and decided to put a volcanic crater on top of an orange camel. This is terribly concerning and exemplifies not just the weirdness of numerous Hoenn-based Pokemon but a conscious desire on the part of a human being responsible for the creation of entertainment directed at kids to demonstrate what might happen to an orange camel if the unthinkable should occur.

More worryingly, the unthinkable isn't unthinkable at all, but in fact, is the whole point of Camerupt as illustrated when it Mega Evolves. It's nice to see that the orange camel somehow survived, but one look into Mega Camerupt's eyes and it's plain as day the poor beast of untold burden will never be the same.

Perhaps it's a relief that Mega Camerupt does not show up at all in Brilliant Diamond & Shining Pearl. Numel, Camerupt's base form, can be found underground toward the start of the game. Once evolved, Camerupt can withstand a great deal of torment — no kidding — thanks to a high Defense and Special Defense. Fire Blast can do some damage; Rest can keep it healthy. Sleep Talk can trigger Fire Blast in its sleep, which is never not useful. 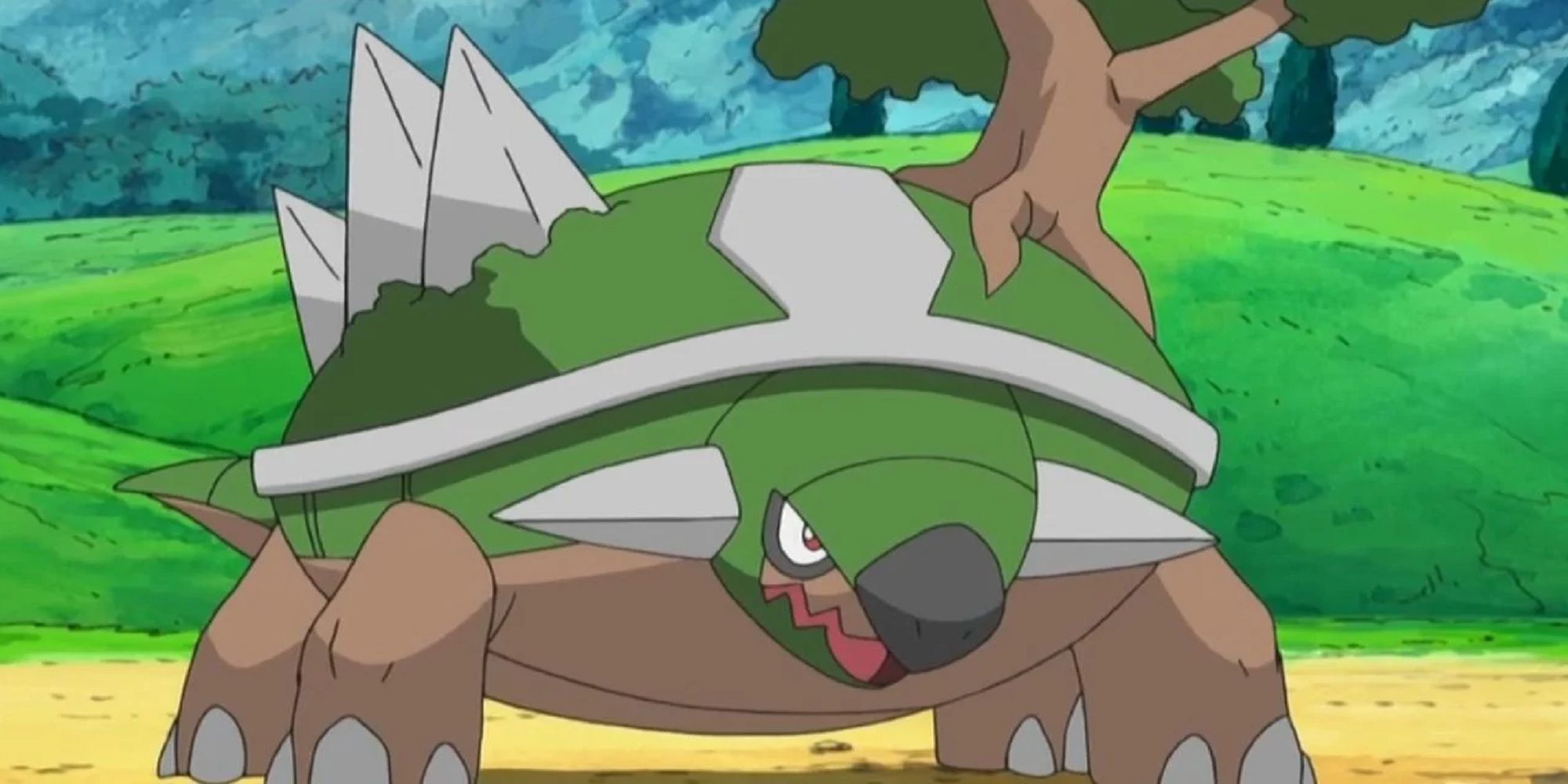 Torterra is a turtle with a tree on its shell. It's a fabulous Pokemon, just like its Sinnoh starter peers Infernape and Empoleon. Infernape emphasizes strength and speed. Empoleon is a special sweeper with an iffy Speed stat. Torterra's Speed is even worse, but it's so good at the physical give-and-take that it hardly matters.

Attack, Defense, and HP help this Sinnoh native stand out, but it's the move pool variety that allows the earthly reptile to reach its full potential. Wood Hammer and the ever-reliable Earthquake are pretty much both built with Torterra in mind, and Synthesis can keep it hale and hardy.

This is one bulky pal you can bring with you from Twinleaf Town to the Pokemon League and beyond. Perhaps the only major issue Torterra bumps into is that unless you find a rad trade online, there's simply no way you'll have one if you picked either of the other starters instead. But that's how it's always gone, which is why Pokemon's always been a tad bizarre; setting players up with the most forehead sweat-inducing decision mere moments into a 10-year-old trainer's journey is a tall ask. 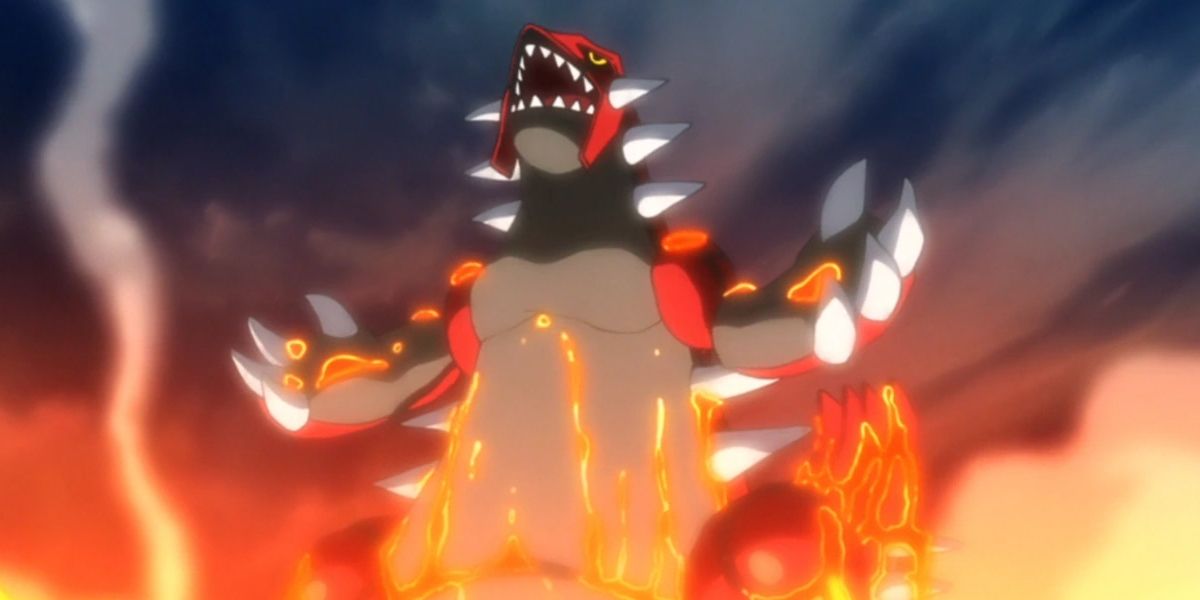 Legendaries, or at least the majority of them, have such purposefully high stats and devastating unique attacks that some might frown at any mention of them. It's true that Groudon's got all of that going on and then some. This is why it's banned from the Battle Tower alongside its aquatic nemesis Kyogre.

Predictably, it can't be caught until the post-game. So it goes with most legendary Pokemon, especially the ones that BDSP adds from other generations of mainline games. That's two strikes: no main story use and no Battle Tower use. Making matters even worse, plenty of players online are not going to be kosher with someone busting out ultra-powerful gods all willy-nilly, so Groudon only gets decent mileage in totally random internet clashes and the rare "anything goes" ranked match.

No main story. No Battle Tower. Few online opportunities. What the heck is this prehistoric menace even doing here? Owning the place, that's what it's doing. The "Continent Pokemon" is too iconic and too intimidating to leave off the list. Its Attack and Defense are stellar, its HP and Special Attack are not far behind, and both remaining stats are at a very respectable 90.

Precipice Blade is a 120 base power physical move, which is scary. Groudon has access to Swords Dance, which makes Precipice Blade two stages scarier. Earthquake cannot be ignored. And, while Groudon is a pure Ground-type Pokemon, it has curiously good Fire-type move options, so it can even fill any Fire-related gap on a team. Maybe you can't bring Groudon along very often, but there's nothing more satisfying than summoning this primordial powerhouse against some unsuspecting Bug Catcher and calling it a day. 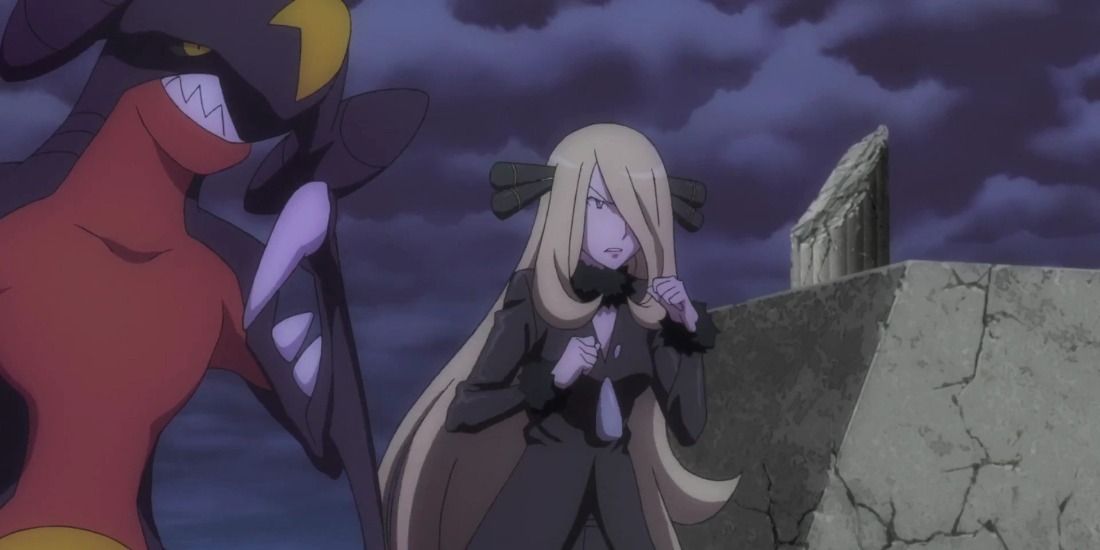 Few things in life go together quite so well as Cynthia and her Garchomp. The Sinnoh League Champion and her draconian partner are the talk of every town in the region. There are two fundamental reasons for this. The first is that Cynthia herself is an excellent character. She's right up there with Lance in Gold & Silver and now Leon in Sword & Shield as utterly emblematic of her starring generation.

The other reason, of course, is that Garchomp is just as cool. Among Dragon-types, it is one of the most famous, not to mention most prolific in hardcore Pokemon World Championship teams. Among Ground-types, it's the rare flying fiend with the sort of Speed stat often reserved for Electrics and the like.

This gives Garchomp STAB ("Same Type Attack Bonus") on Earthquake and Dragon Rush (or Draco Meteor as a nice alternative). Filling out the remainder of its move slots with Stone Edge and Swords Dance will give even Cynthia's homegrown Garchomp pause in fierce showdowns.