It happens to us all. You're completely dedicated to a game series, then it just… stops. One underwhelming sequel, or another that's just retreading old ground, and your loyalty suddenly begins to fade. Here are some game series TheGamer's editors have fallen out of love with. 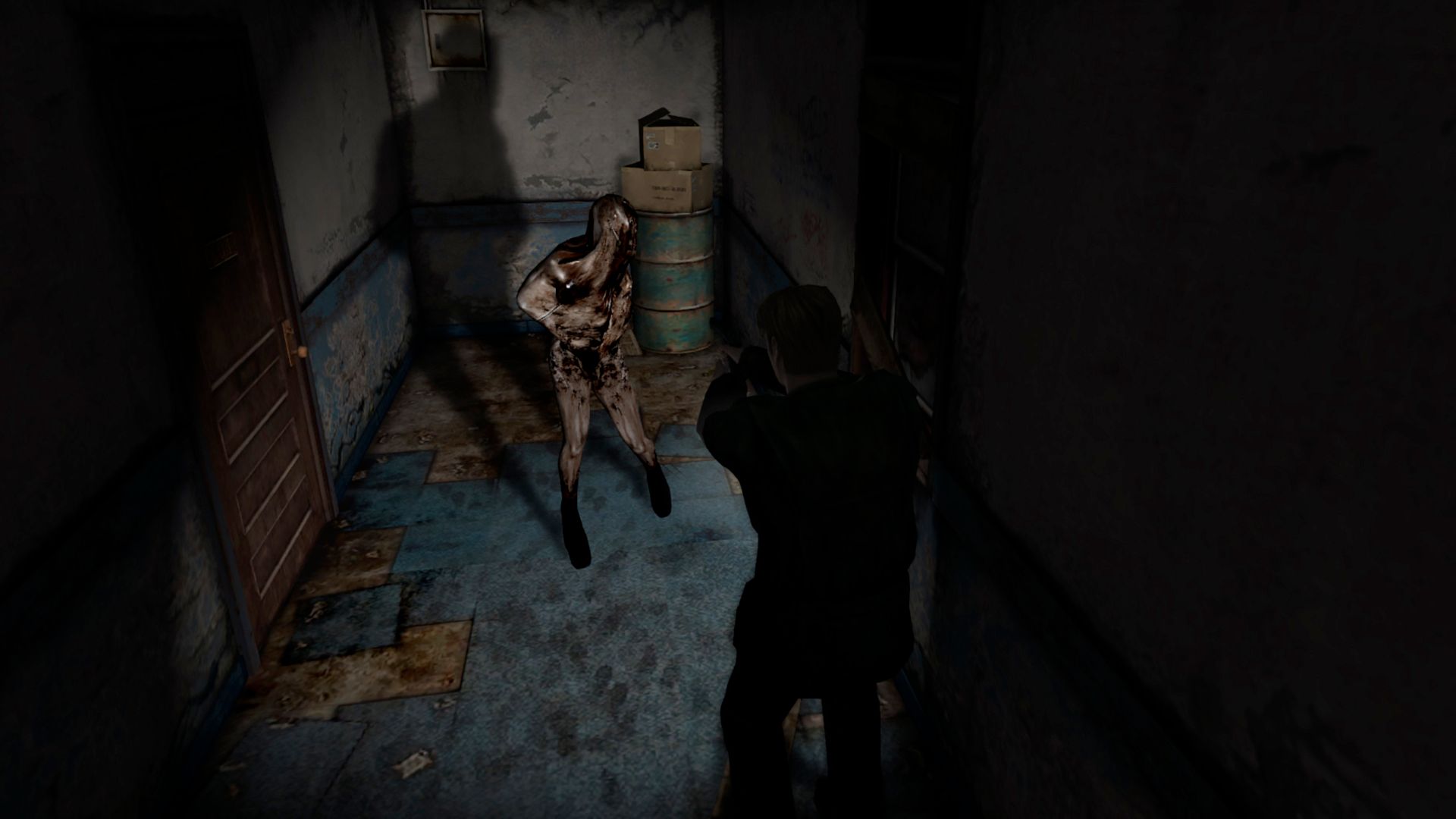 Man, Silent Hill used to be so good. That run from 1 to 3, and to a lesser extent 4, was unbeatable. Team Silent was one of the best horror studios to ever do it. Then Konami shut it down and started outsourcing Silent Hill to Western developers who didn't really get the series. Shattered Memories, an experimental remake of the original game, was great. But the rest felt like poor facsimiles of the Team Silent games. Bad cover versions of songs you love. Silent Hills, a cancelled sequel, could have turned the series' fortunes around. I mean, it was gonna be helmed by Hideo Kojima, Guillermo del Toro, and Junji Ito. What a supergroup! Alas, Silent Hill remains basically dead, and Konami doesn't seem to know what to do with it. RIP to a real one. 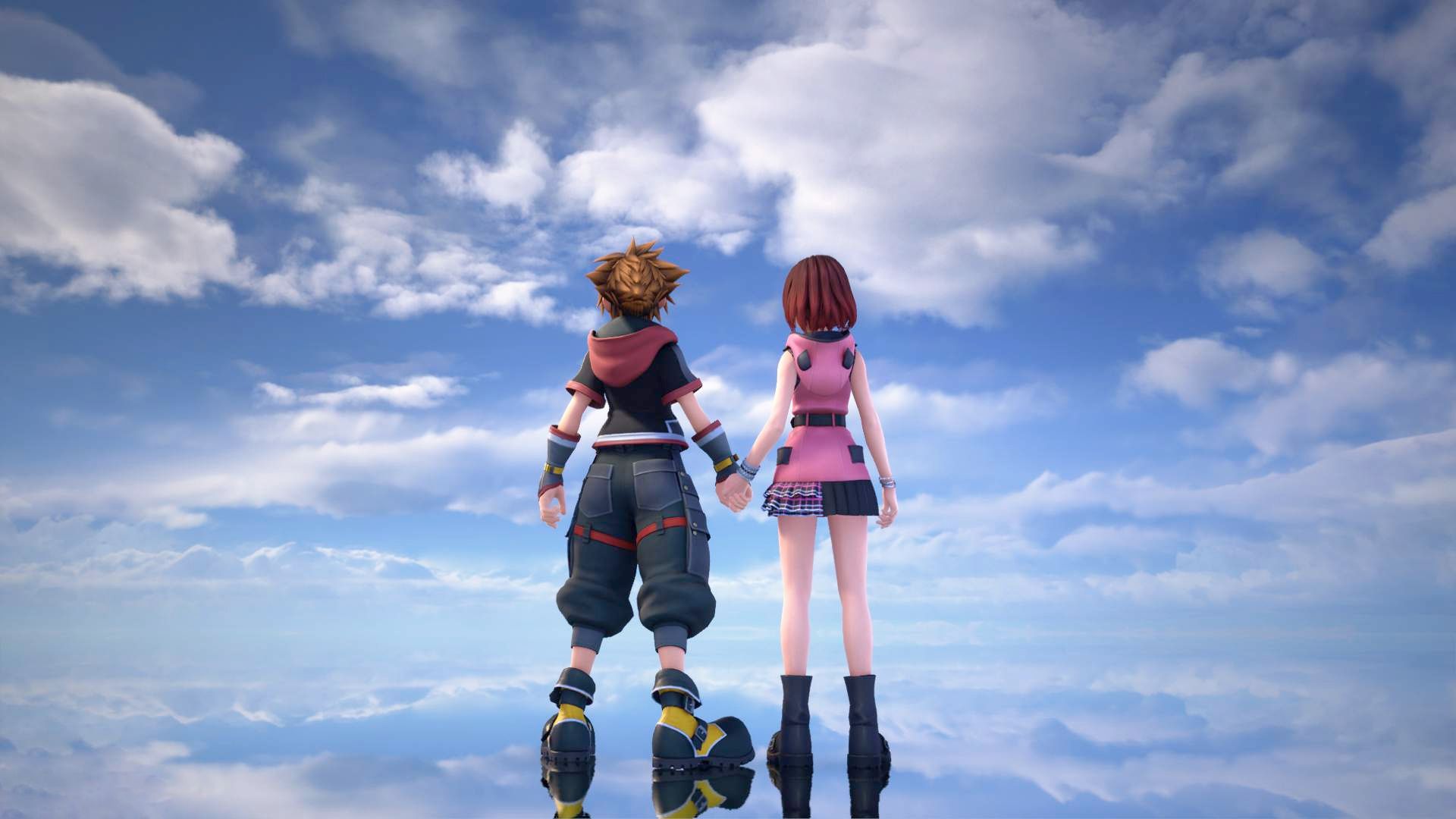 I tore out a gaming magazine page about Kingdom Hearts to give to my Mum to ensure she knew exactly what I wanted for my birthday when I was a kid. Final Fantasy combined with Disney? Win. I was sold before I had even played it and luckily, it lived up to my expectations and then some. I’ve replayed KH so many times I’ve lost count, yet with the launch of KH2, my enthusiasm was already beginning to wane. The series just wasn’t gripping me like it used to.

I’ve played all the portable spin-offs, but I can’t say I fully comprehend them or the overall timeline and plot completely. Don’t get me wrong, I did enjoy titles past the original, especially Birth by Sleep, but it just became a chore to keep up with the series and it’s tangled mess of a plotline.

By the time KH3 launched, I found my excitement had completely fizzled out — I never even finished it. I don’t know if it’s because I just grew out of the series, everything just got too convoluted to follow, or because the balance of FF x Disney tipped in favour of the latter too much, but my heart’s just not in it anymore. 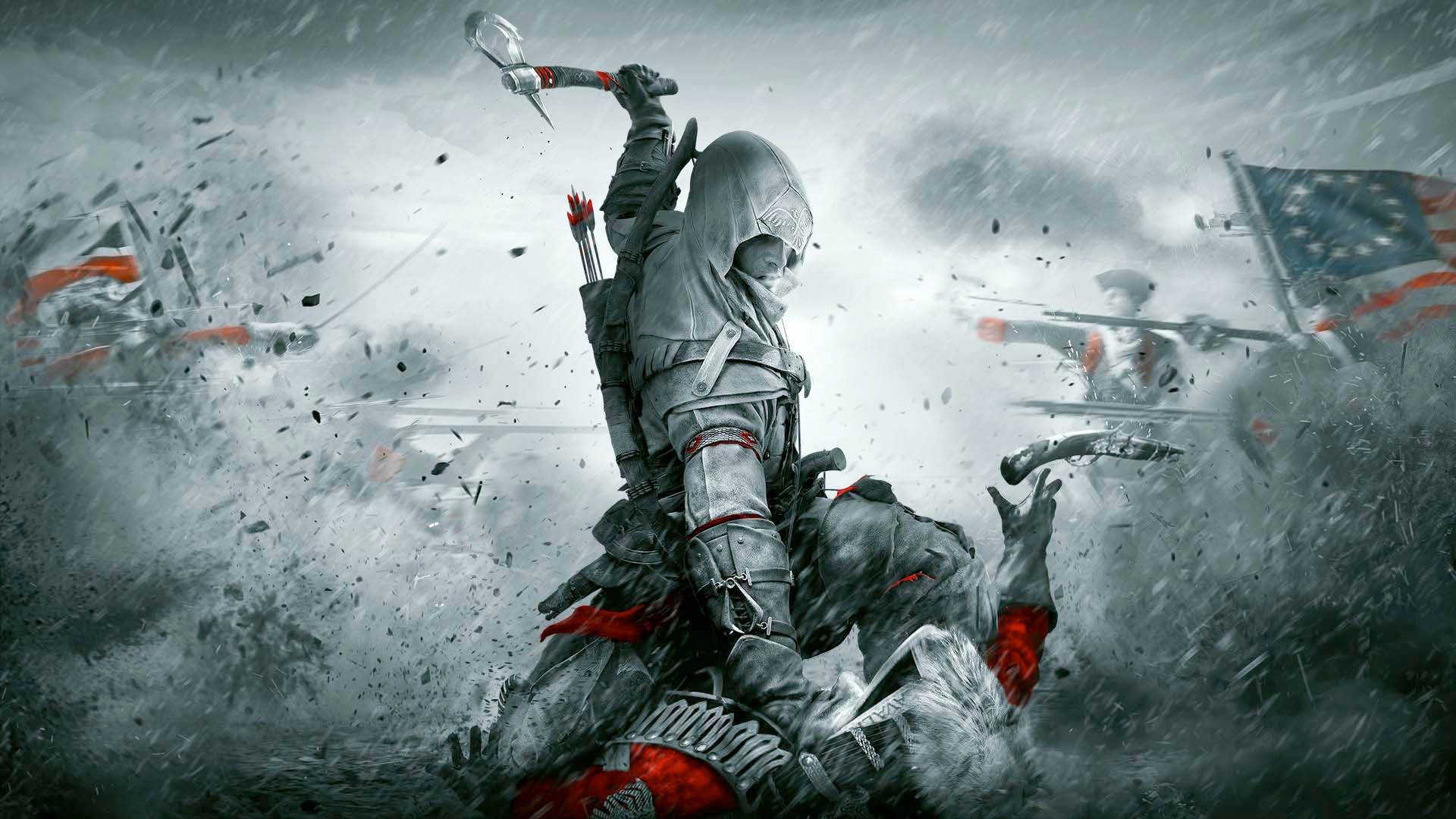 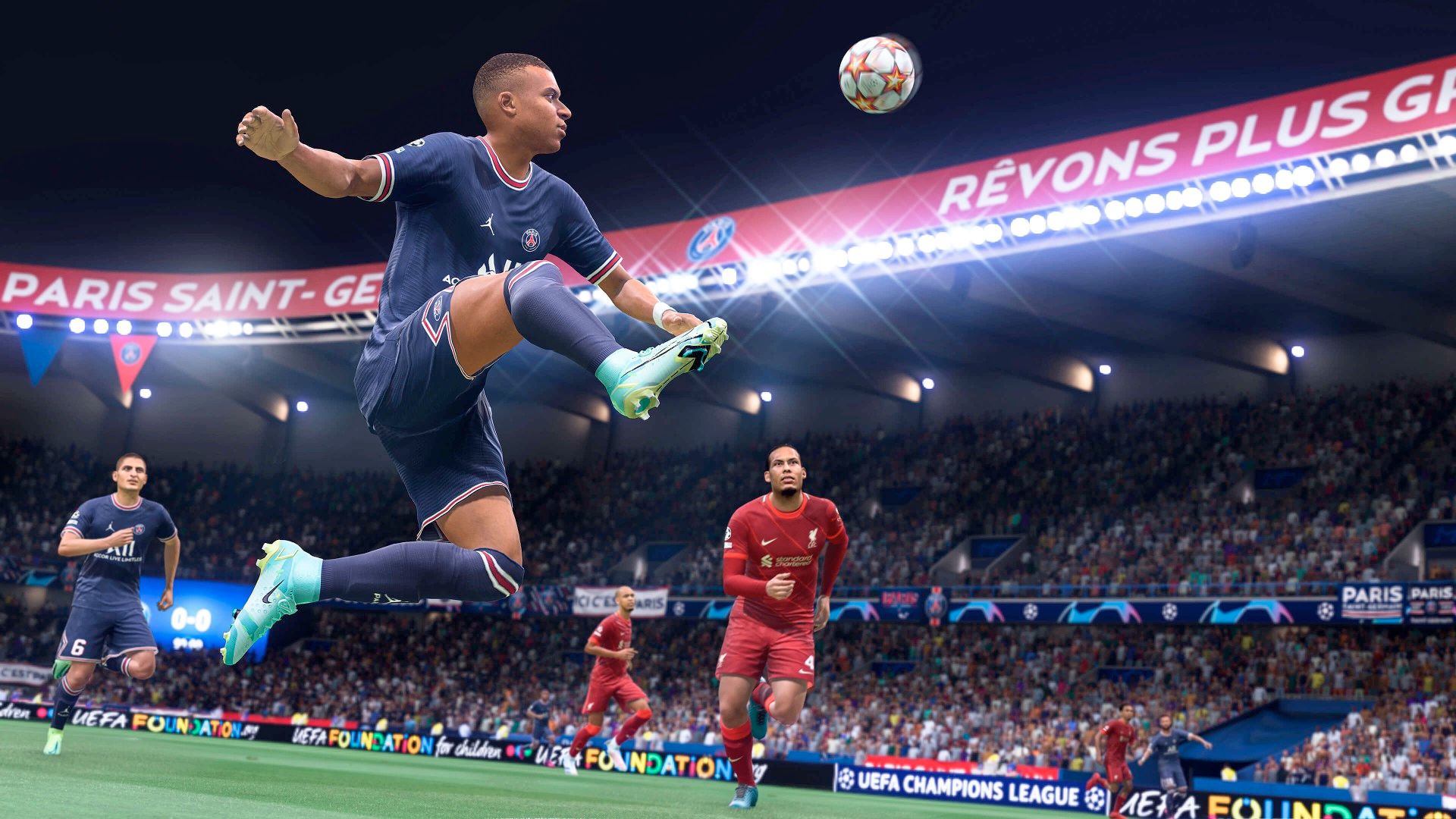 I love football. I’m from Newcastle, so you could even go as far as saying it’s my religion. When I was a kid, I’d spend all my (free) waking hours playing football games. It started with titles like Sensible Soccer, and at its height encompassed FIFA 97—with our own Gallic genius David Ginola on the cover and its fun five-a-side mode—and Konami’s Pro Evolution Soccer series.

Sadly, there were only so many R. Larcos free kicks in the locker. As football games moved into the online age, they seemed to become less about the sport itself, and more about the grift. EA began messing around with systems too much in favour of marketing gimmicks, Konami just seemed to stop caring about their once-legendary playability, and the beautiful game in digital form became anything but.

FIFA’s Ultimate Team mode was the thing that tipped me over the edge. It was an idea that worked in principle; building your dream team and spanking mates with it is a genius idea, but EA got greedy. FIFA became more FOMO, and if you didn’t have premium players in your side you’d just get humiliated online. As my free time dwindled into my thirties, and couch co-op opportunities non-existent, my desire to kick back with a game of footy pretty much evaporated. I tried to get back into it, buying FIFA 21, but I didn’t even register fifty hours before giving up. I doubt I’ll ever recapture that love. 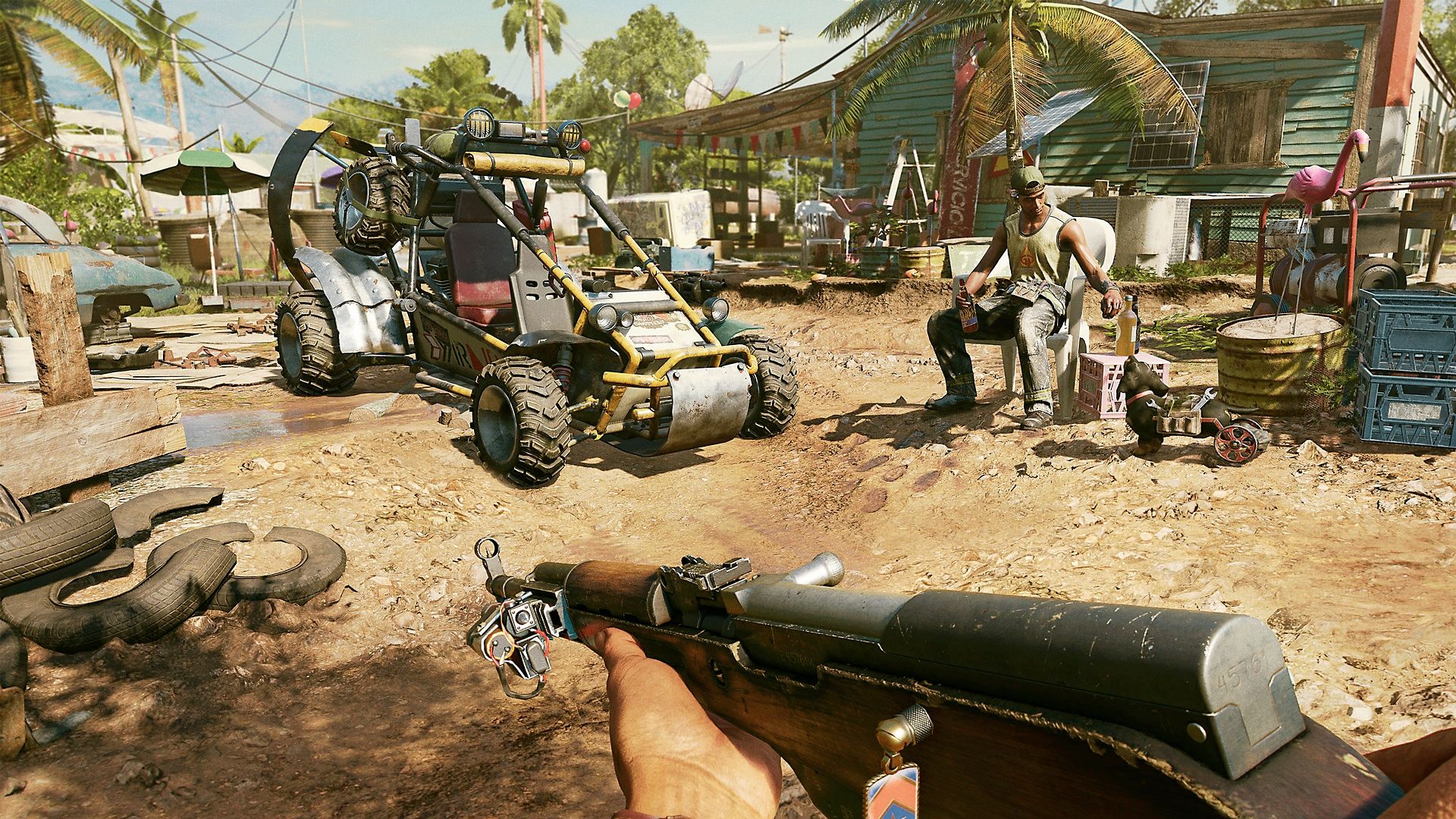 You can basically copy everything Ben said for Assassin’s Creed, change a couple of the names, and that’s me with Far Cry. While it wasn’t a stealth title, Far Cry 3 seemed like the perfect version of the game. Its politics were heavy handed, but more complex than you’d expect for a video game, while the map was big enough that you could roam and explore it freely, but small enough that you could conquer it. Flash forward to Far Cry 6, and it feels exactly the same… for the first island. Then you realise the map is around 13 times larger than that, and the politics are as heavy as ever despite games advancing quite a bit, while the RPGness has gone too far with way too many silly options that might look good in trailers but make the whole experience a bit naff. Far Cry 3 says the definition of insanity is doing the same thing and expecting different results, but where does that leave Far Cry and its attempts to do wildly different things while hoping for the same results? 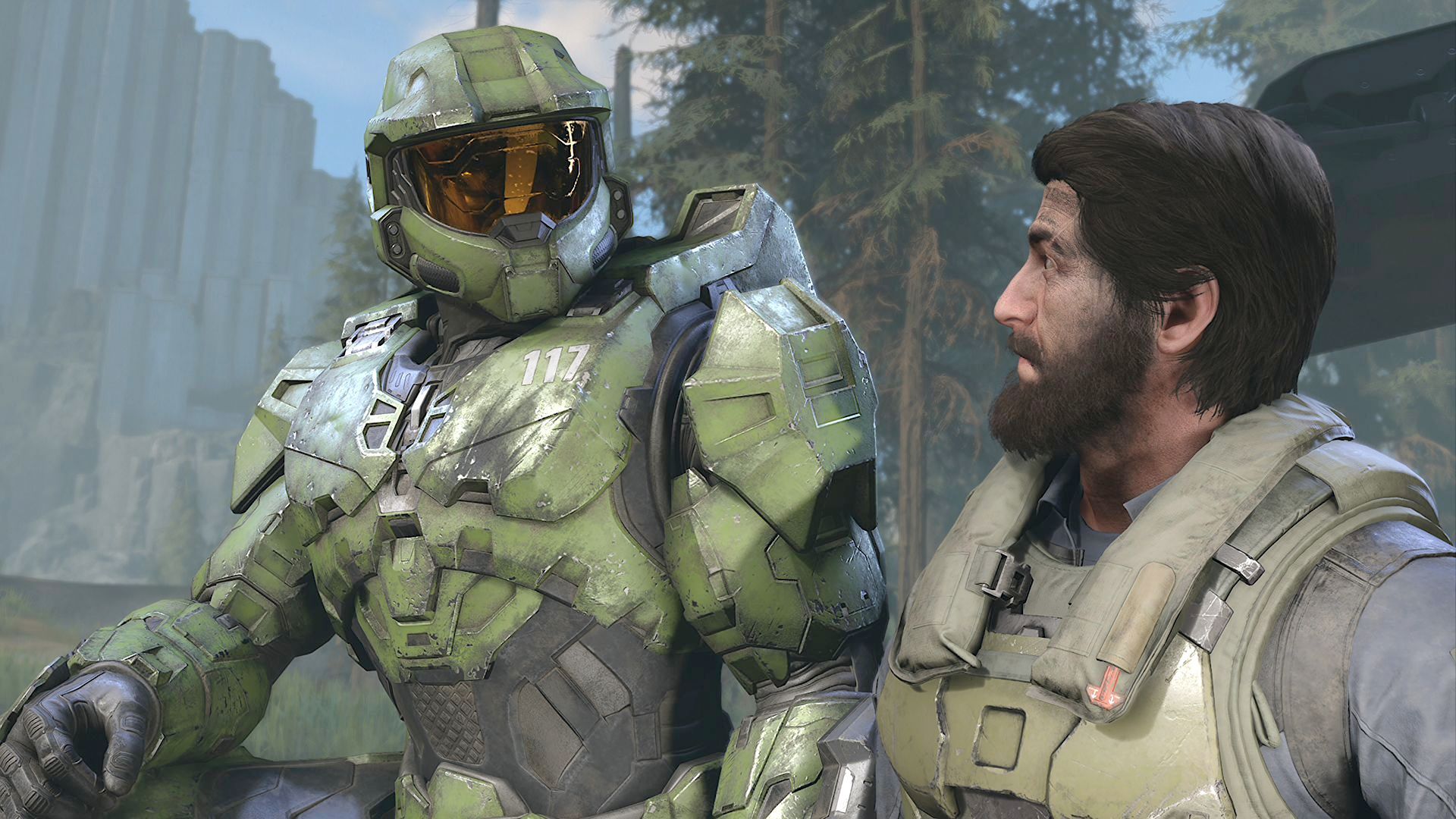 The Halo franchise gave me a lot of firsts. A Halo game was the very first video game I ever played. I distinctly remember that, up until that age, I was convinced that video games were just for boys, they were too violent, and I’d never like them. So, imagine my surprise when murdering Grunts with shotguns felt… pretty good! Halo was also the first way I experienced sexism in the gaming community. I would sit in the living room and play in online matches with my dad. At the end of every match, the friend requests would start to come in. My dad had to explain that it was because my username was something feminine-sounding. I still kept playing, even though that kind of behaviour didn’t stop until years later.

So, you can imagine that I wasn’t willing to let Halo go lightly. Halo: Reach came out after I’d had some time to really enjoy the previous games, and I loved it at the time (and still do). Unfortunately, for me, that was the last good Halo game. It started to go off the rails around Halo 4, and I never finished that game’s campaign. I never even bought Halo 5. It felt like, more and more, I could feel the grip of a corporation on the series. There were the terrible microtransactions, to start, plus the more limiting cosmetic system (even though everyone had loved the mix-and-match Halo: Reach system), and then there was the story, which I previously found so compelling, that began to unravel. While I’m glad that it has reviewed well and people seem to be enjoying it, by the time Halo Infinite released, my passion for the franchise had run dry. 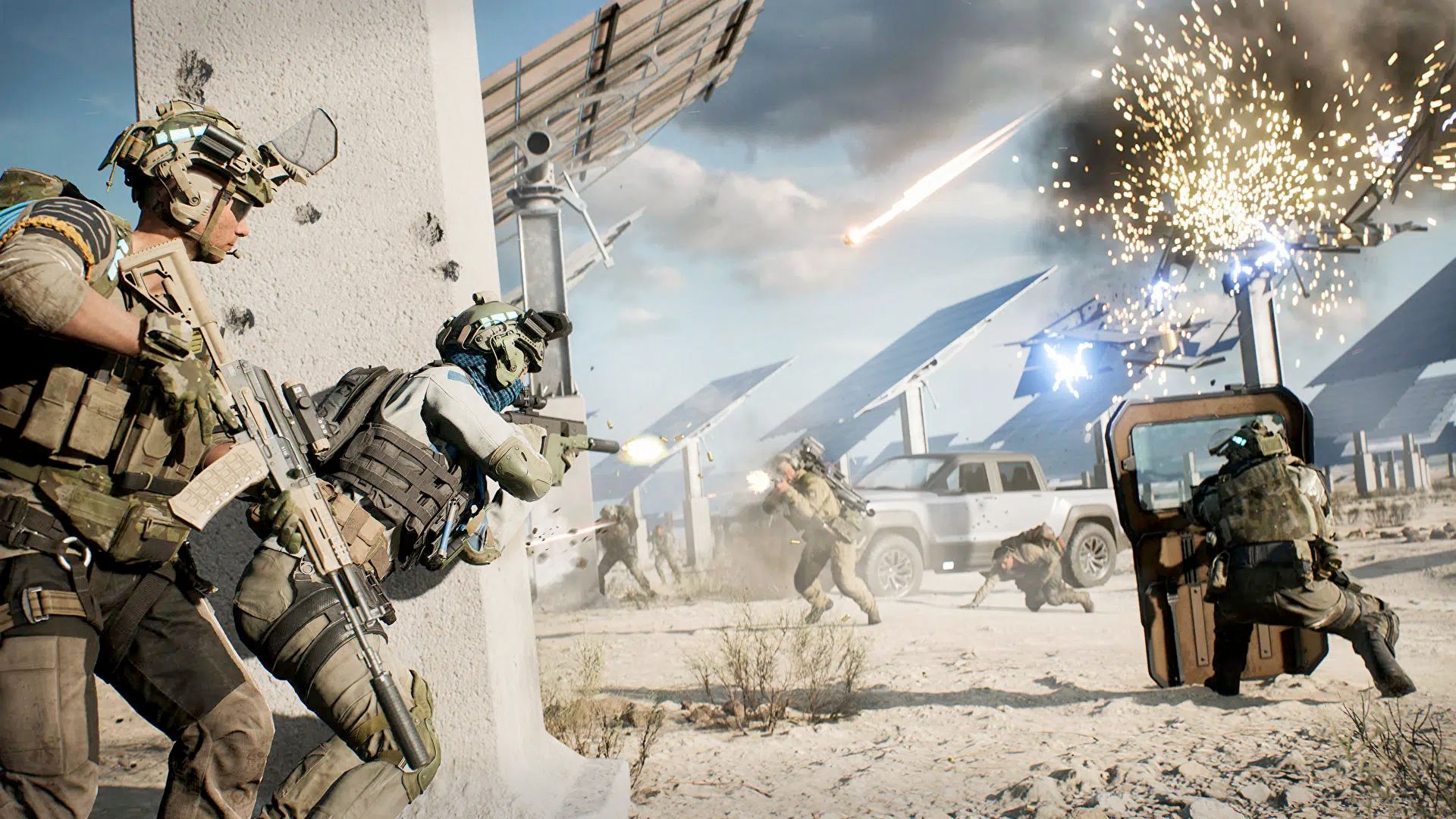 The game series which I most fell out of love with over years would have to be Battlefield. I’ve played every single game in the franchise ever since the first entry came out way back in 2002. This includes all of the expansions and downloadable content. While there’s nothing particularly bad about the series, I guess that its charm just sort of wore off after a while. The latest games like Battlefield 5 and Battlefield 2042 have only been good rather than great and the result was that my attention wound up being focused elsewhere. You could probably attribute some of this to the various design changes in between entries or even the tonal shift starting with Battlefield 1, but the fact of the matter is that while I put hundreds of hours into Battlefield 4, I’ve only racked up about 60 hours worth of play time in Battlefield 5 despite the game being installed on my computer since 2018. I’ve maybe put a dozen hours into the latest entry in the franchise, Battlefield 2042. You can’t argue with that.