Eventually there will a come a time during your adventures as a Prospector in The Cycle: Frontier where you’ll need to evacuate the planet. Doing so can be quite risky and it’s often during the run to the landing sites that most players end up getting killed.

It can be quite tricky for first timers new to the carnage of Fortuna III as the tutorial doesn’t quite capture the experience of calling in an Extraction Ship in the main game. But to make the process of escape a little easier, here’s a few handy tips to make extractions in The Cycle: Frontier a little easier.

What Is The Extraction System? 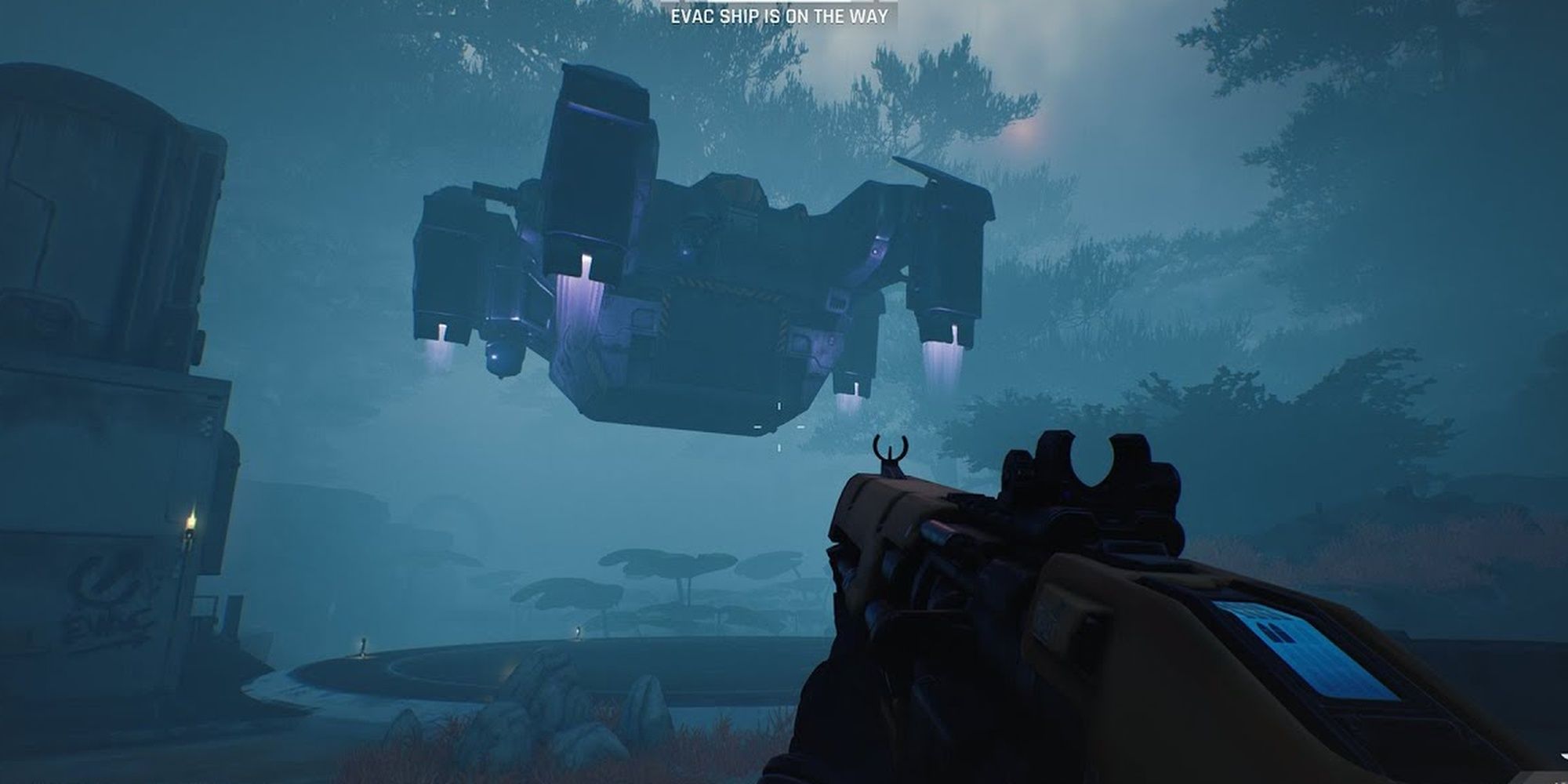 The extraction system is how you get yourself off Fortuna III and back to the safety of the Space Station where you can sell your hard-earned scavenged equipment to the various vendors hanging around the Hub. It works by allowing Prospectors to call in a large dropship that will come screaming in from the orbiting space station above to give you a ride out of the hot zone.

The sight of these soaring through the skies is fairly common, especially on the small Crescent Falls map. Once onboard, the ship simply takes off and all the gear you have in your pockets is safely transported home. Allowing you to sell it to vendors or use it as crafting materials once you’re back in the Hub.

Though the tutorial makes it seem like a fairly complicated process, in practice it’s not too hard and should take around a minute or two once you call in your big heavily armed Space Uber. You just need to get to one of the marked extraction sites on the map and then press the extract button. After doing this the game will spawn a ship in from a random direction that will slowly make its way to your location.

But it’s not exactly a relaxing wait as the ruckus caused by your exit can often draw a variety of monsters that you’ll need to get rid of before the ship can land. Which may not seem to difficult, but during this little skirmish it’s easy to get ambushed by other players looking to take your ride or get an easy payday from your corpse. After disposing of the creeps around the landing site the drop ship will land, allowing you to step on and leave with pockets full of loot. 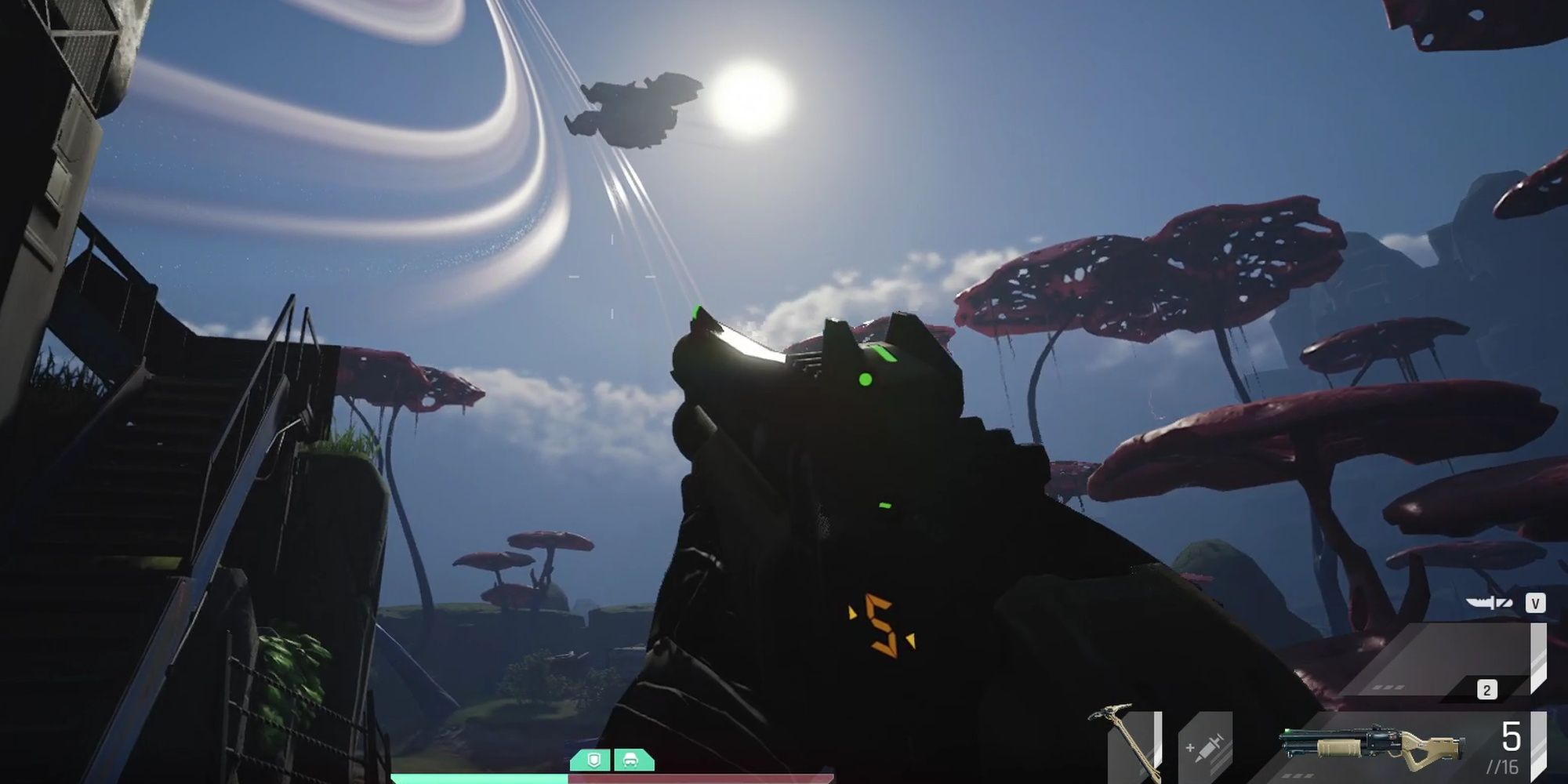 It’s not too difficult to leave Fortuna III if you know how. But for first-timers, it can be quite jarring as the game isn't always too forthcoming with the information that you need to know.

They make it seem straightforward and simple, but in practice, getting off the planet with your inventory intact is a much more nerve-wracking experience. There are hazards such as wandering creatures, other heavily armed players, and ambushes aplenty on the run to the various far-off escape points of the map. Here are a few tips to help you get home in one piece.

Get Ready To Run 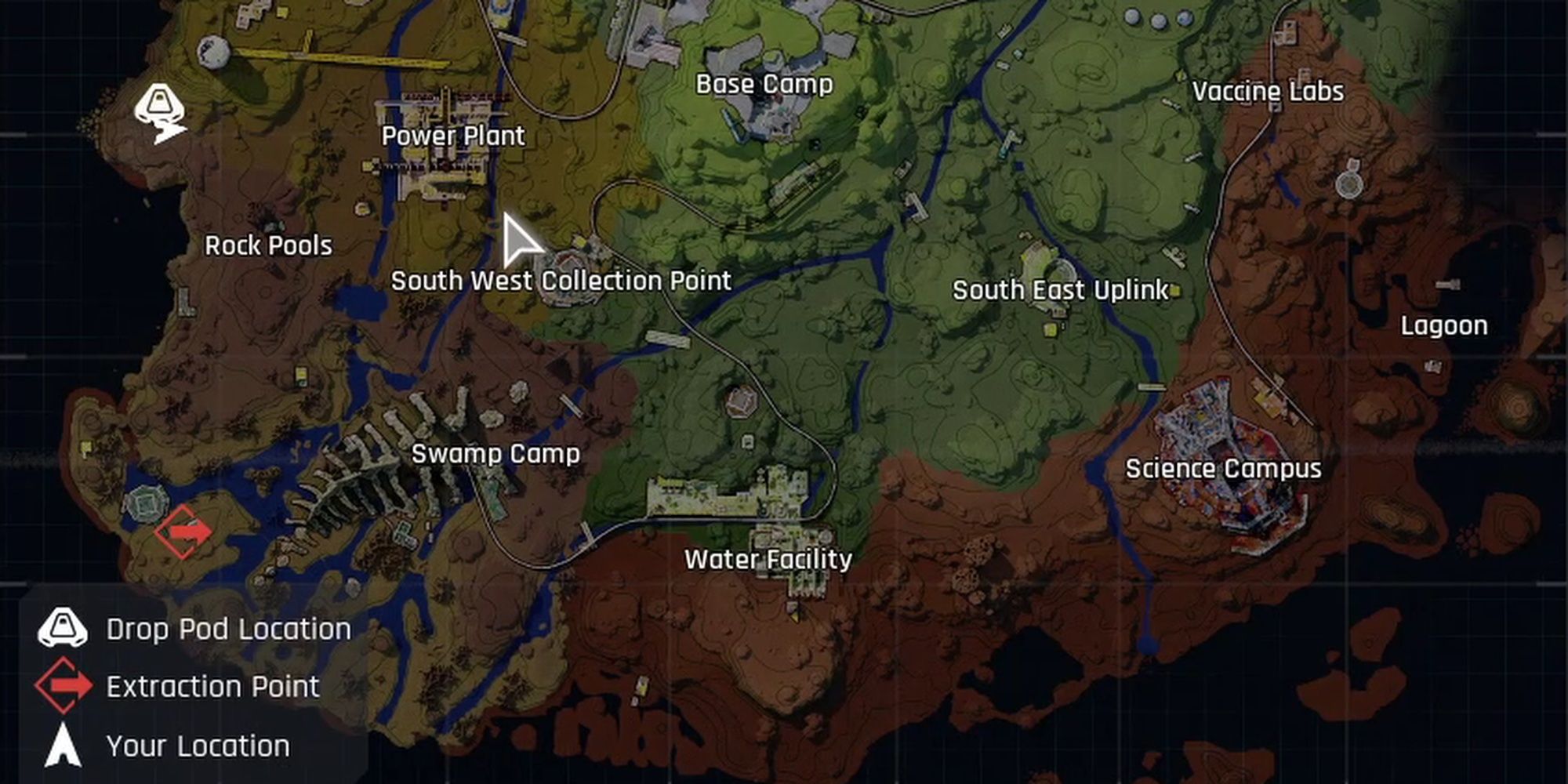 Whenever you call in a drop-ship you should get ready to start running as fast as you can. The Cycle: Frontier drops you in at random locations, but the extraction sites are fixed points during each particular raid and they’re often a long way off.

It’s quite normal for the exit to be on the absolute other end of the map, and it can take quite a while to get there. Especially if you’re playing on the larger Bright Sands map which has some staggeringly large areas to try and slip through undetected. A good tip is to start progressing roughly towards the extract sites as soon as you start your session. That way you have less distance to cover when it’s time to turn tail and leave.

Don’t Jump On The Ship Right Away 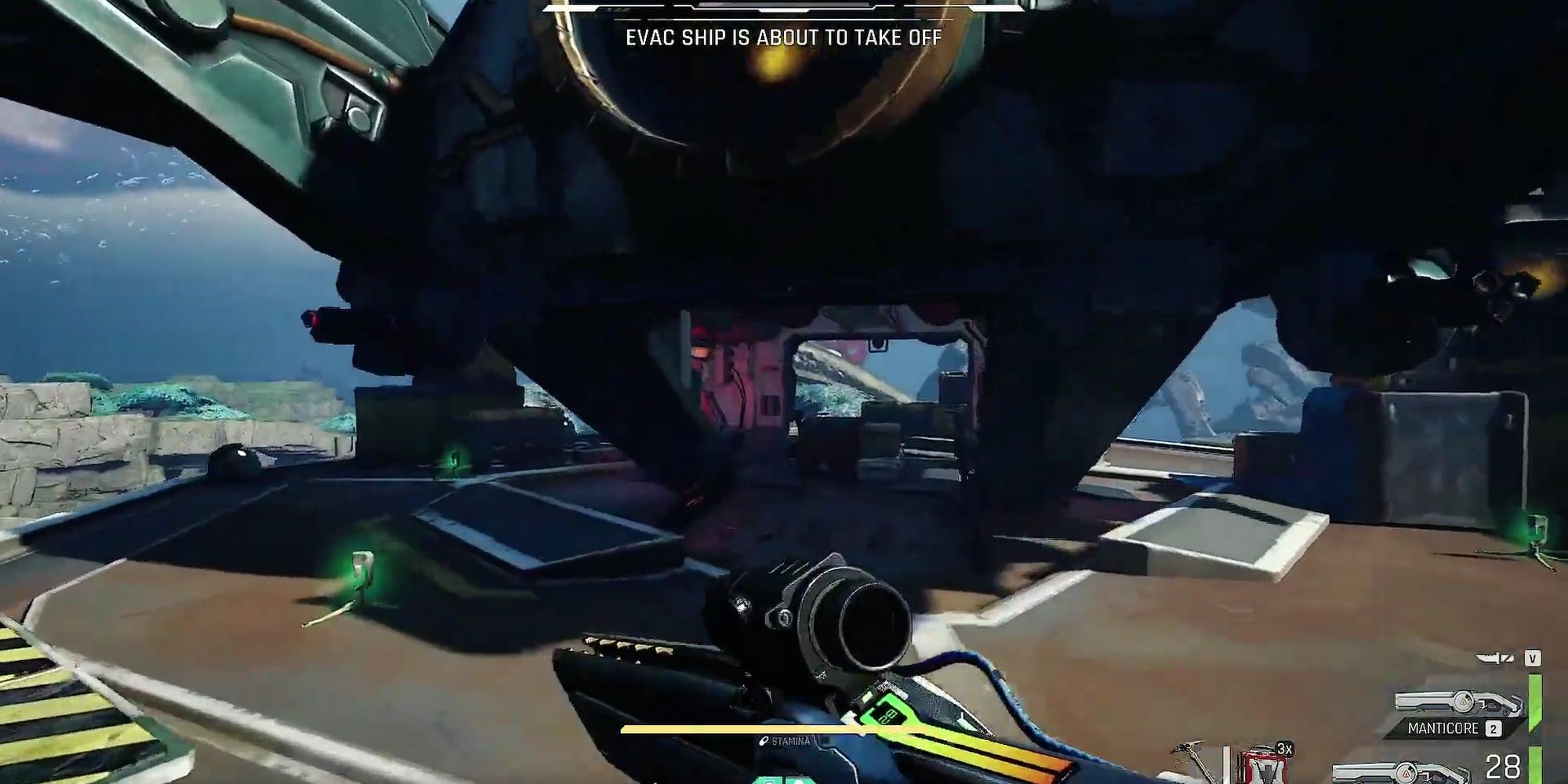 As soon as the ship touches down the worst thing you can do is to run onto it right away. Quite often other Prospectors will camp out near the extraction spots and will pick you off in a few seconds as you sprint towards safety.

Take a few seconds, listen to the environment, and see if anything looks out of place before jumping onboard. Also, the ship itself takes a few seconds to get ready to launch and during this time there are not a lot of places to hide as you wait. So take some time. Though don’t wait too long as someone else could take your ride or it might just leave without you.

Know Where The Doors Are 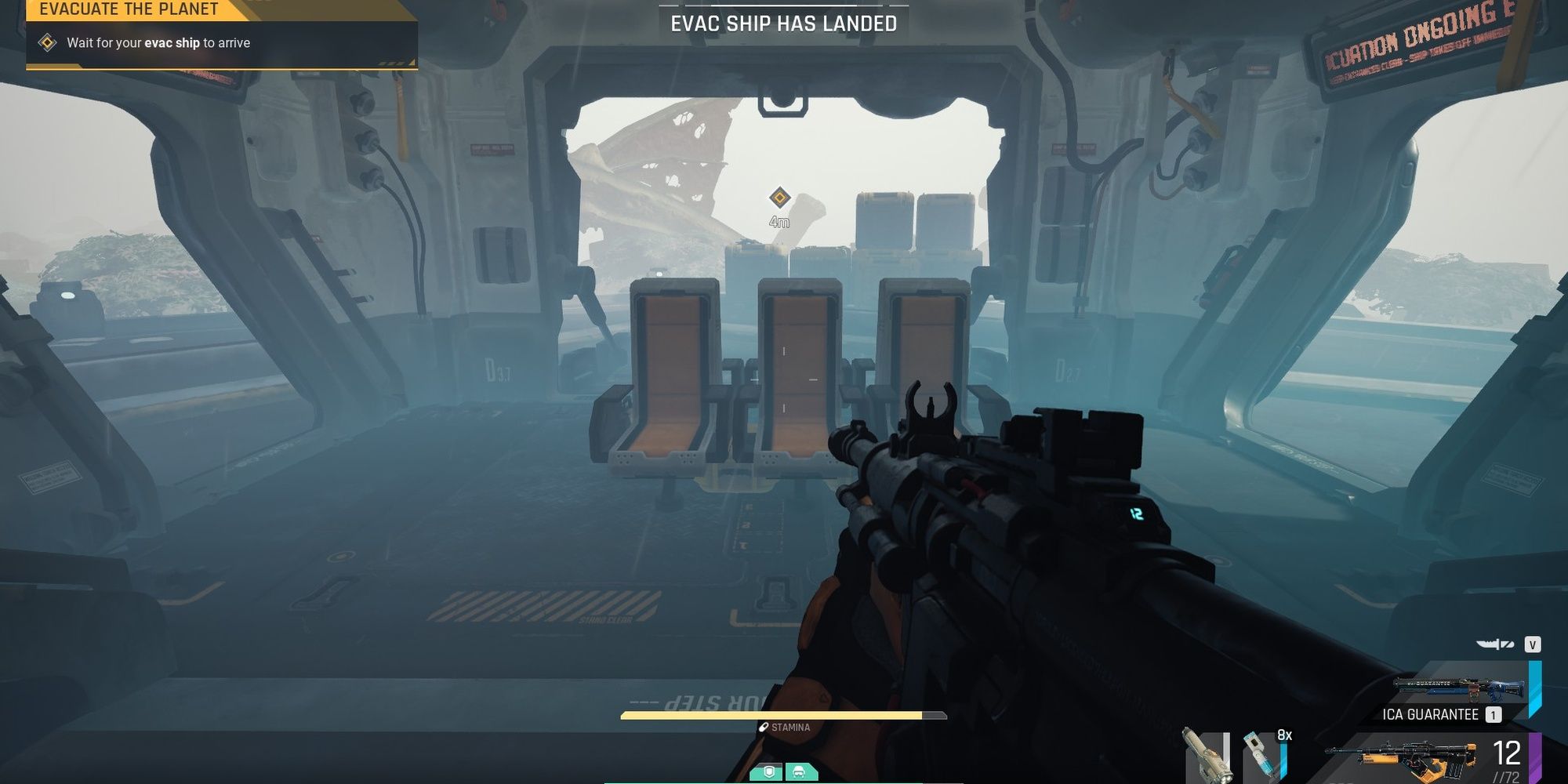 It may seem like all extract ships look alike, but there are some subtle differences and not knowing this can catch you out, especially if you’re under fire from hostile players.

The differences aren’t major and it only relates to the doors as some ships have doors in different spots and a different number of open spots to dive in whilst the bullets are flying. You might get lucky and have multiple ways in, or the doors could be in a spot that leaves you vulnerable to snipers. So when the ship lands, take a good look first before making your mad dash to freedom to make sure you know how to get in, and what the cover inside is going to be like. 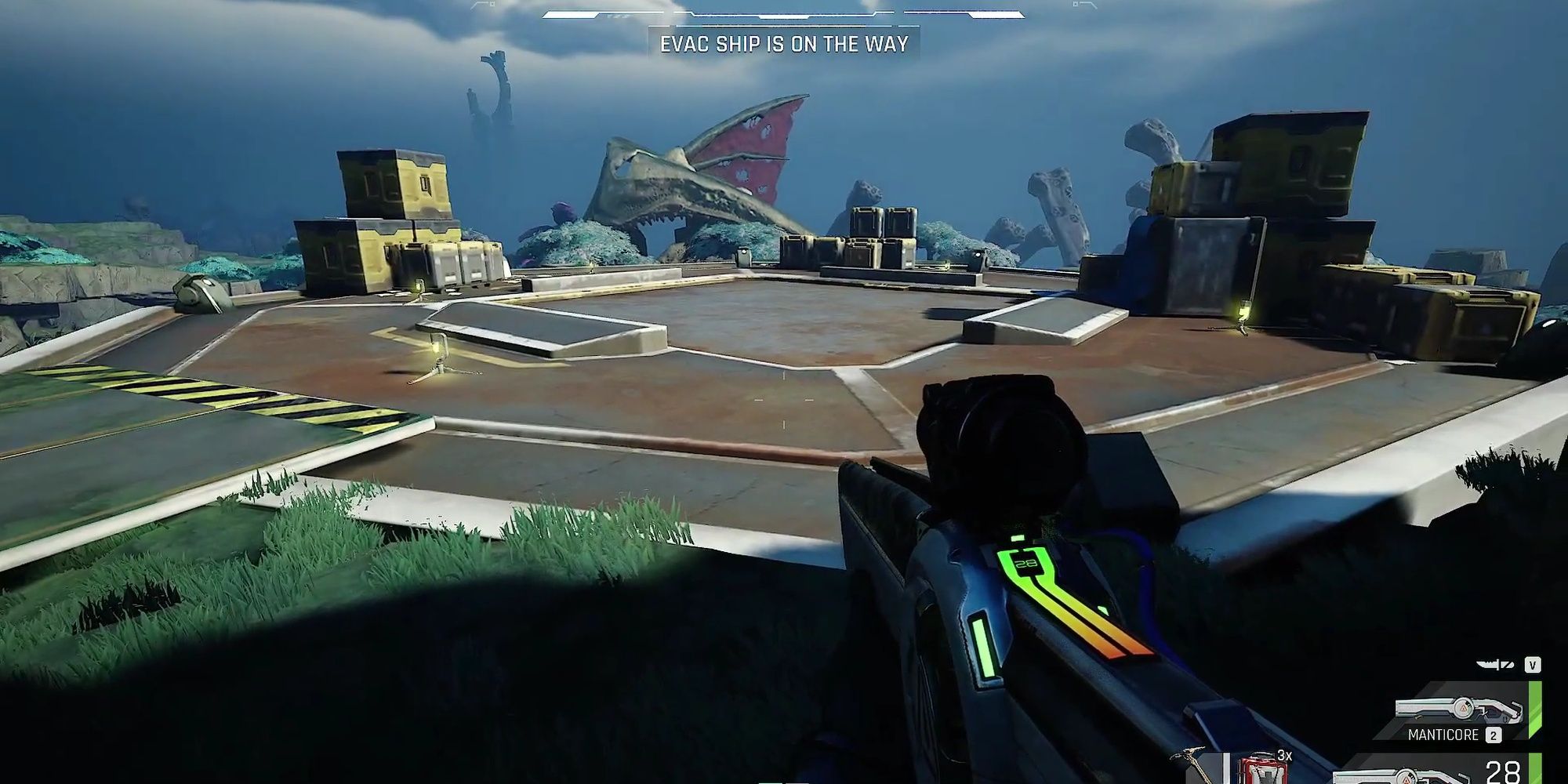 The second you get onboard the extraction ship your main priority should be seeking cover as soon as you can. A lot of Prospectors still make the simple mistake of jumping on the dropship and then assuming they’re safe, standing there silently, right before someone else zips past and blasts them with a hail of bullets.

This is because the ships take a little while to go through their take-off animation and during this time another Prospector can pick you off easily, especially if there’s not a lot of cover inside. Though there’s not much to gain from doing this, some people just like to do it anyway. So as soon as you step inside your ship, immediately hunker down in a safe spot like a corner or behind some of the seats inside. It won’t give you much cover, but it might absorb a hit or two that could buy you a few valuable seconds before the ship finally takes off.

You Can Always Call Another Ship 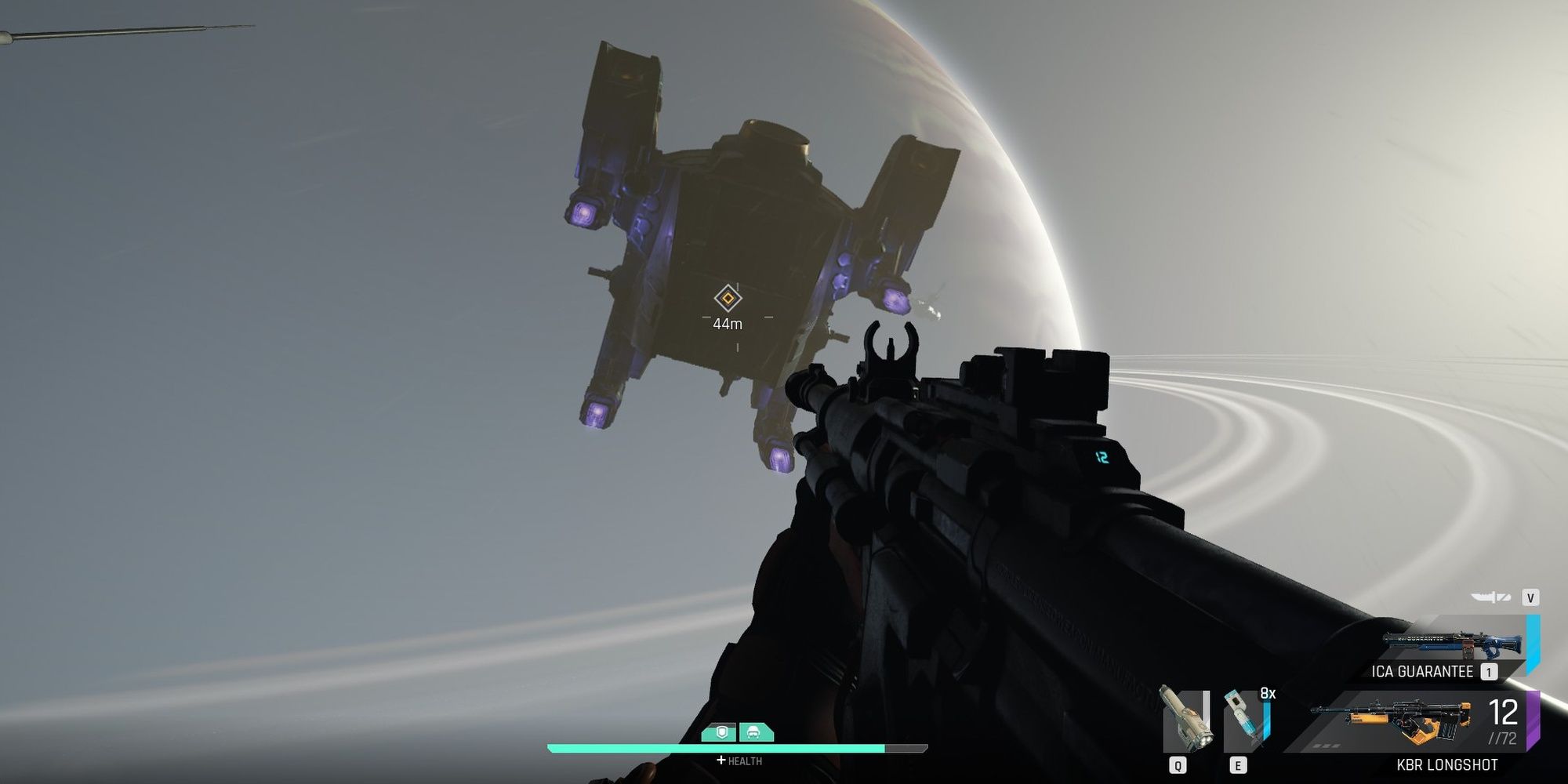 One of the interesting features of the extraction system in The Cycle: Frontier is that the ships are fair game to anyone. But, if you miss your ride or someone else manages to take it, don’t worry too much. You can always call another ride.

There’s no limit on the number of ships you can call if you’re having a hard time getting onboard. So if the current extract site is too dangerous or another Prospector has made off with your ship, just relocate to another location and try again. Eventually, you’ll get lucky and be able to leave.