Ed Boon was one of the elder statesmen at the Dice Awards last week. He worked on the first Mortal Kombat game with three other people 27 years ago, and here he was accepting an award for Mortal Kombat 11, which was voted the best fighting game at the prestigious awards show in Las Vegas.

I stood in the green room at the awards show, waiting with other press to interview the winners like Boon as they walked off the stage and into gaming history. Boon and the other winners got roars of applause.

“It feels nice,” Boon said in an interview with me. “After 27 years, Mortal Kombat can still get fighting game of the year.”

When Mortal Kombat debuted in the arcades in 1992 and made its way to consoles in 1996, it was greeted as a pariah by the adults who wanted video games to stop corrupting youth. Mortal Kombat spurred congressional hearings and led to the creating of the Entertainment Software Ratings Board (ESRB).

It was the brainchild of programmer Boon, John Tobias (art and story), John Vogel (graphics), and Dan Forden (sound design). And now it has outlived many of its critics and become part of mainstream culture.

Now it takes hundreds of developers to make a game like Mortal Kombat 11, which is published by Warner Bros. Interactive Entertainment, one of the world’s largest game makers. Boon marveled how people are now making a living playing Mortal Kombat as an esport. Boon said he felt like games had begun to shift into the mainstream when the first movie based on the game debuted in 1995.

Boon and others are on the awards circuit these days, bouncing around from The Game Awards, the Dice Awards, the GDC Choice Awards, and the SXSW Gaming Awards. And even to the not-so-famous GamesBeat Summit Visionary Awards (we’re working on making it more famous).

It might seem like overexposure, and it’s enough to put a cynical person in a bad mood. But I don’t think we celebrate video games enough. 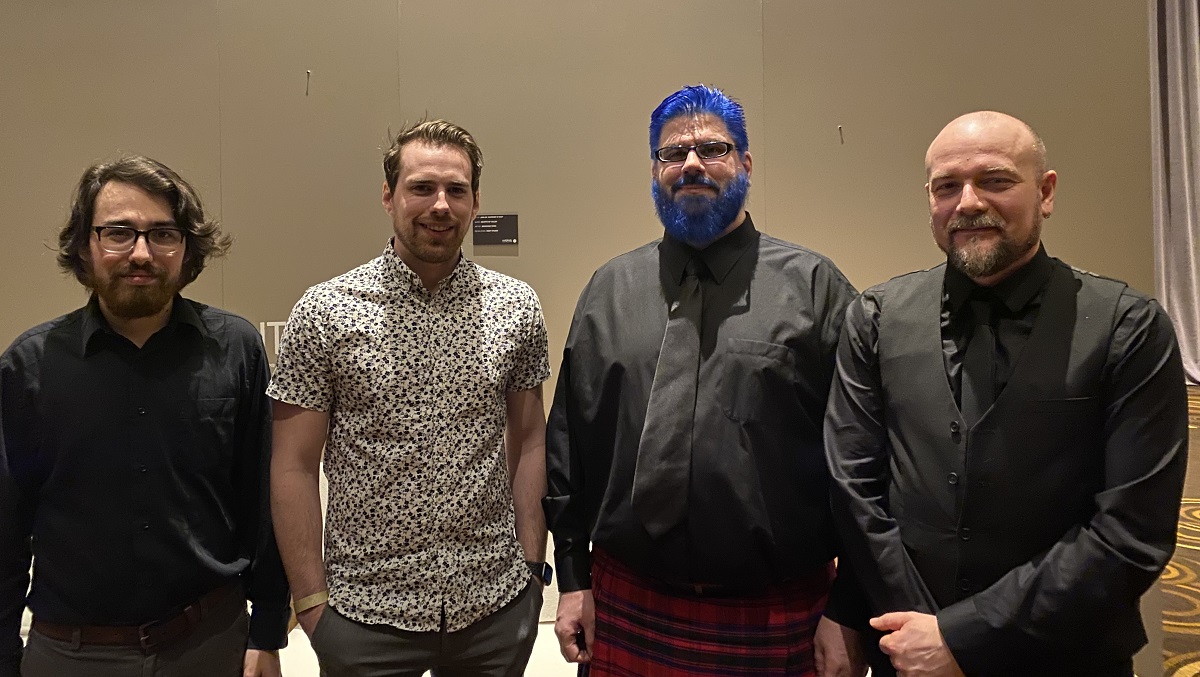 After all, as Boon learned back when he was in his 20s, some people just love to attack video games. Back then, the over-the-top cartoon violence of ripping someone’s heart out in Mortal Kombat was deemed to be a threat to the well being of our children. Video games were a bad influence.

Decades later, even as gaming has surpassed the revenues of movies and music combined, (twice over), we still face ignorant scapegoating by illegitimate politicians and others who are fighting some kind of culture war. Games are also attacked as being no better than gambling, with lootboxes that drain the coffers of addicted gamers.

And so it felt good for me to share a table with ShackNews boss Asif Khan and watch the winners file through and enjoy their moment in the spotlight. What I enjoyed about these awards — voted upon by 30,000 game developers and other members of the Academy of Interactive Arts & Sciences — is that they were pretty evenly spread around. That meant all sorts of characters came through the room.

I had a couple of minutes to chat with each guest, and I didn’t have any particular rhyme or reason to my queries. So I just asked whatever came into my head.

I asked Shuhei Yoshida, head of indie games at Sony, if he understood the ending of Death Stranding. He accepted the awards for Hideo Kojima’s game for best audio design and best technical achievement. He laughed and said he didn’t think so, but it was great that it was open for interpretation. And yes, I played that game for 64 hours and was puzzled at the ending myself. 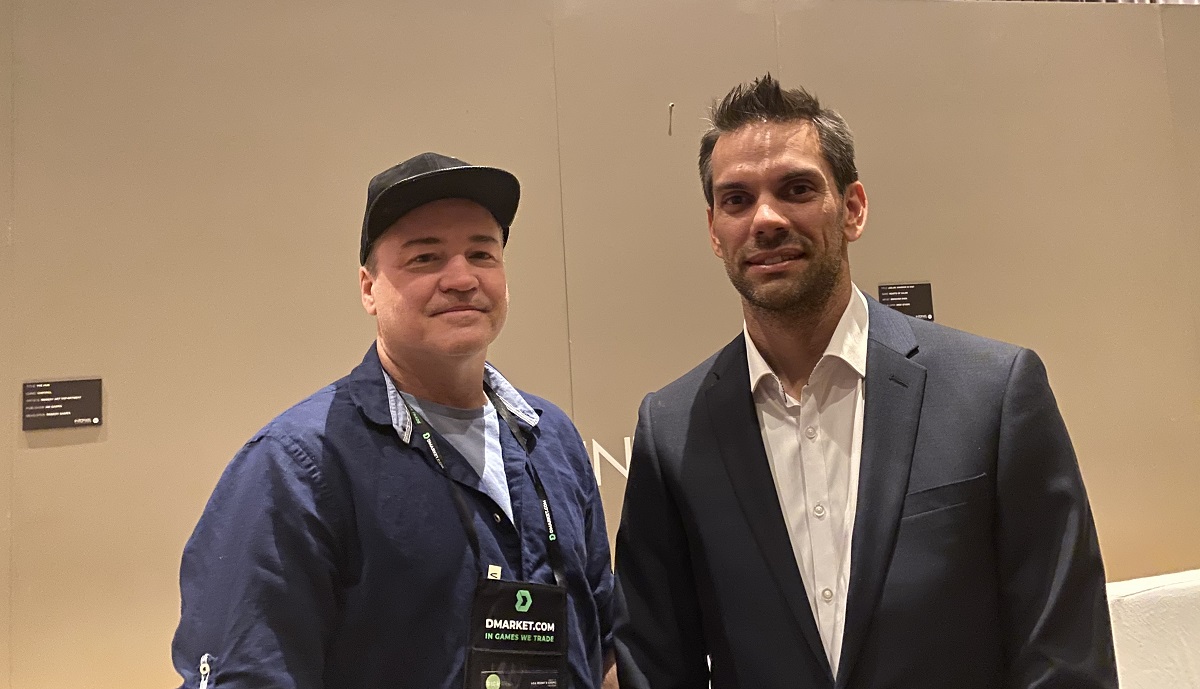 Above: Vince Zampella (left) is CEO of Respawn. Chad Grenier is game director on Apex Legends.

Vince Zampella, whose Respawn Entertainment won for both Apex Legends (best online game) and Star Wars Jedi: Fallen Order (best adventure game), said it was a night for his team to “celebrate the beauty of the game they created.” His team said it was about creating an accessible Star Wars game for everyone that was easy to pick up and play, and yet was inspired by difficult sword combat games like Bloodbourne.

Zampella gave credit to his team, but he noted that he deliberately sought out ways to diversify Respawn’s games.

“There are so many talented people at Respawn,” he said in an interview. “I personally play so many different kinds of games. I wanted to show what we could do. In some cases, like with Apex Legends, it’s about improving a genre that someone else started. We wanted to put our own spin on it.”

He and his team members said that a “Respawn game” has a tactile feel, with great controls and player agency. The team keeps growing and expanding (making games like the upcoming virtual reality title Medal of Honor: Above and Beyond), but it sticks to a core set of values. Gameplay is first. It has to be fun, great, and geared to what fans want, Zampella said. 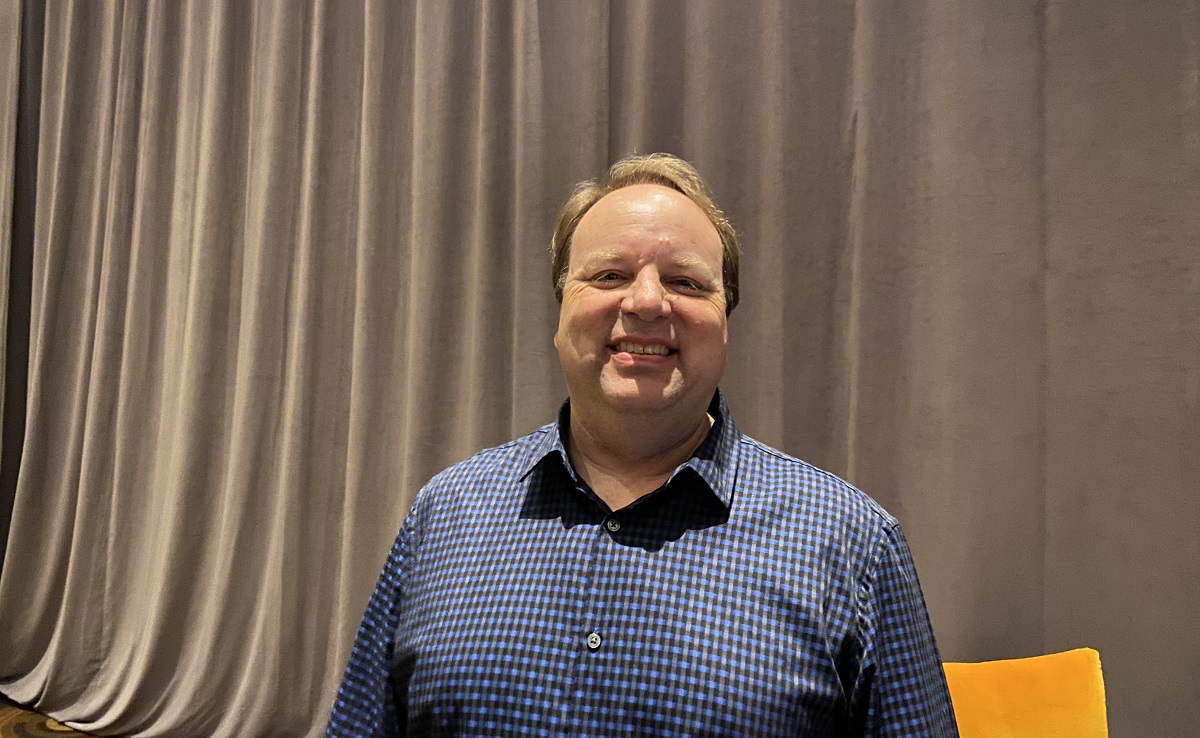 Above: Feargus Urquhart, CEO of Obsidian, accepted the award for The Outer Wilds.

Meanwhile, Feargus Urquhart, CEO of Obsidian, was excited that The Outer Worlds took the award for best role-playing game. He said Obsidian wasn’t done with the universe of this game.

“We put people in these worlds that they believe in, and we let them choose who they want to be in it,” he said. We create these worlds where they can be a hero and control their fate, and they change what happens in that world.”

The Nintendo guy, Nate Bihldorff, told me he felt “incredibly awkward” accepting awards on behalf of the creators of Nintendo’s best games of the year. The company collected four awards, and Bihldorff was made famous in 2018 for going up to pick up so many awards for Nintendo’s The Legend of Zelda: Breath of the Wild. Bihldorff, a localization manager, got tapped to pick up awards for games like Luigi’s Mansion 3, Super Mario Maker 2, Mario Kart Tour, and Fire Emblem: Three Houses. Though Bihldorff went viral as “Nintendo Guy” in the past, he swears he wasn’t trying to be big on social media.

The leaders at Cloudhead Games, the maker of the virtual reality game Pistol Whip, said they wanted to create a game that you could understand how to play in 30 seconds.

Denny Unger, CEO of Cloudhead Games, said the team wanted to create an arcade-like feeling with a game that allowed you to play how you wanted. It was also designed so that you could show it to your friends quickly. And it was a must to be part of the Oculus Quest VR platform, which reduced friction for onboarding players who were new to VR. 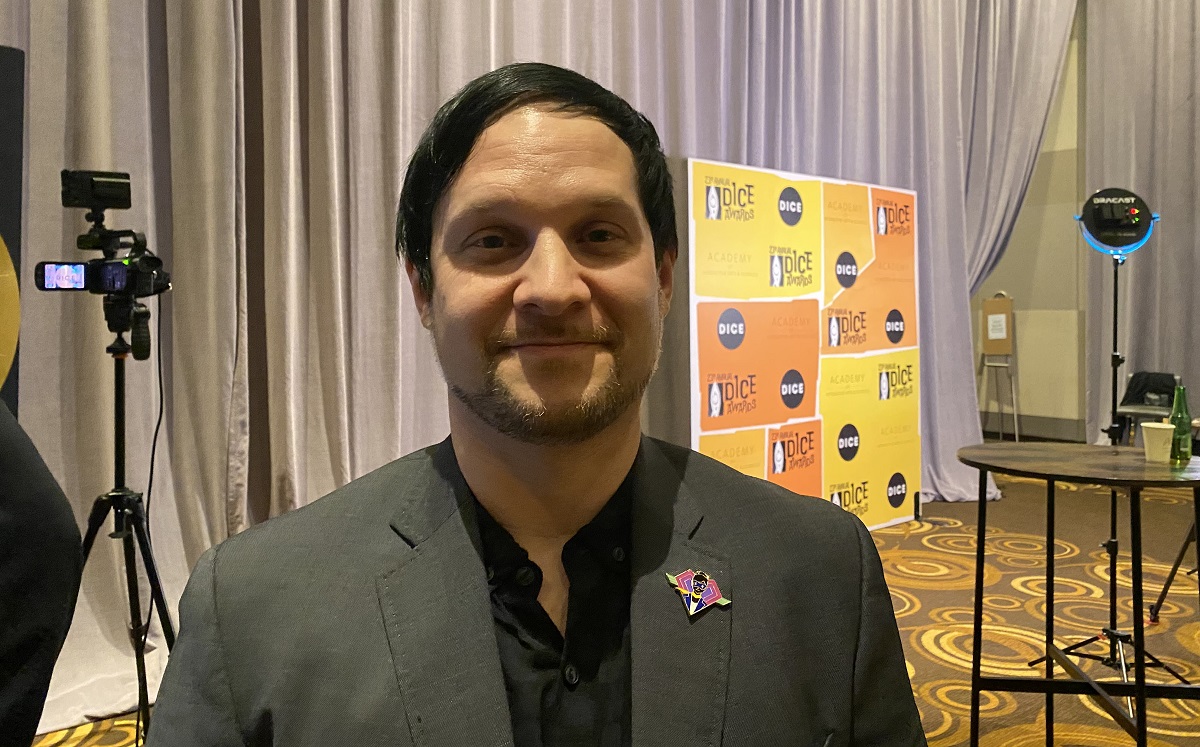 Above: Daniel Olson is music composer for Sayonara Wild Hearts.

And Daniel Olson, the composer for Simogo’s Sayonara Wild Hearts, winner of the best portable game, said the game was about “doing things that make you feel awesome.” He added, “It’s like a love letter to a lot of different genres, but music games in particular.”

Those were some of the tidbits of wisdom I picked up from some of gaming’s most successful leaders during an evening of celebration for game developers and games. Though we talked for just a couple of minutes at a time, all of these folks seemed like they didn’t get out enough to celebrate what’s great about their games. They clearly were over the top at winning the awards, and it was fun to see them enjoying the moment.

And it made me feel good to be a part of it. Congratulations to all the winners.