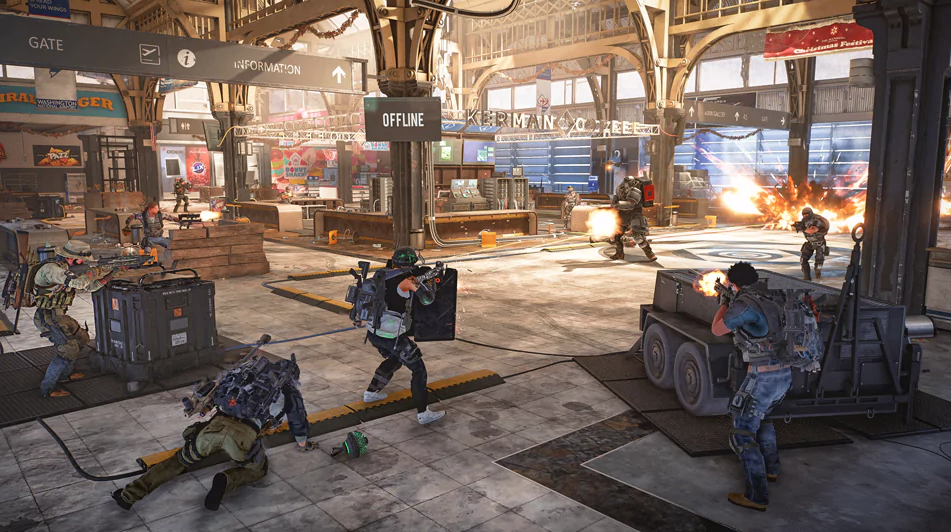 It mentioned three key locations, including the Ronald Reagan Airport, Arlington Memorial Bridge, and Arlington Island. These areas are neatly strung together and exist just west of DC, across the Potomac river. It’s easy to picture just how this new content could annex onto the existing map for The Division 2.

The leak also gave us an insight into how the raid will go down, listing a series of tasks players will need to complete, no doubt culminating in a fierce firefight with the Black Tusk.

Agents will be instructed to “survive a blackout attack”, “stop the convoy from leaving the runway”, and “protect the named agent on your team” among other objectives though there’s no chronology to how they were listed in the leak.

As for length Ubisoft has given a rough completion time though it’s safe to assume you won’t be blitzing through Dark Hours. One leaked trophy/achievement is called “Relentless” and can only be unlocked by making it past the raid’s bridge section “in one hour or less”.

Again, there’s no word on how long it’ll take to beat Dark Hours though this nugget of info suggests it could span several hours. 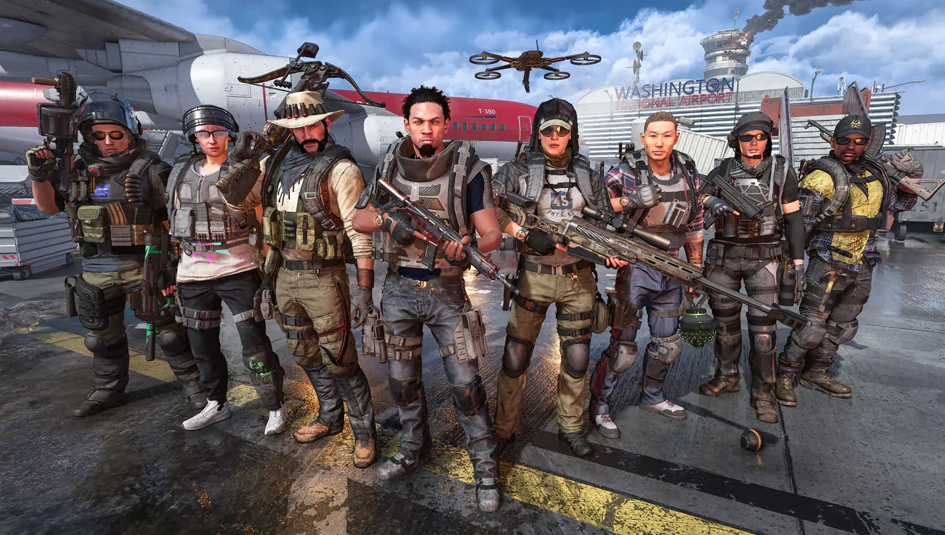 Dark Hours is effectively the culmination of your current endgame efforts. Needless to say, if you’re a low-rank agent still plodding through DC then you’ve got a long way to go.

Ubisoft hasn’t confirmed any entry requirements for the raid though it’s likely that you’ll need to have reached World Tier 5. That means clearing The Division 2’s toughest stronghold, the recently added Tidal Basin.

Like previous content drops, Dark Hours is completely free to play for the entire Div 2 community. You don’t need to be a Year Pass holder, however those who threw some extra cash at the game, or net themselves the Gold Edition, will get bonus assignments tied to the raid.

Ubisoft has come under a bit of fire because matchmaking will not be an option. That means you’ll need to manually squad up with 8 fellow friends to undertake the raid.

That’s despite the fact that official promotional images before the game’s release suggested matchmaking would be possible.

Those promotional images read: “matchmaking is provided for every game activity and difficulty level.”

So fans are understandably upset. It’s hard enough playing a raid but let along finding time when all 8 friends are free.

Earlier today Ubisoft held their usual State of the Game stream for the game and Ubisoft once again confirmed that the Operation Dark Hours Raid will not feature matchmaking.

Community developer Hamish Bode read a prepared statement about the topic: “We decided to not include matchmaking, as we don’t think this would make a good gameplay experience for random groups. The Raid will test your ability to communicate well, have a good build set up, and will require great teamwork to beat encounters.”

As it stands Ubisoft will not change these plans. But still, stay tuned, this won’t be the last we hear on this subject. 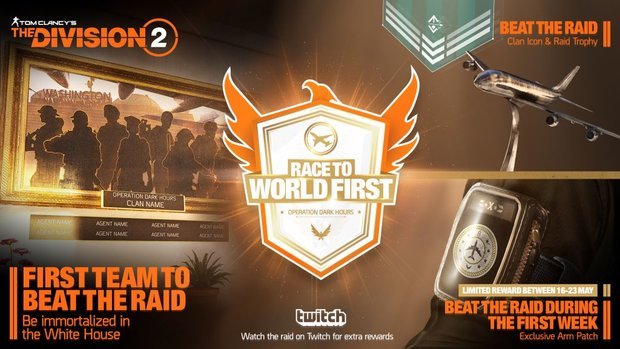 The Division 2 Raid Unlocks and Rewards

Proclaiming to be The Division 2’s toughest challenge yet, Dark Hours comes tagged with plenty of exclusive gear and other goodies for those who manage to best it.

Expect 3 exclusive new gear sets, as well as a new weapon – The Eagle Bearer. The raid’s arrival will also trigger another Apparel Event, giving players the chance to unlock new cosmetic items for their Agents. These include 5 outfits, 1 uniform, 2 masks, 4 emotes, and 8 weapon skins.

As a cool addition to this first raid, the first squad to clear Dark Hours will be immortalised in-game with their portraits and usernames displayed when visiting The White House.

Don’t be surprised if Ubisoft layers on even more Dark Hours unlocks, especially as we wait for The Division 2’s next big content drop.