Described as a “Galactic God game,” The Fermi Paradox – developed and published by Anomaly Games – is presented as a beautifully illustrated and colorful strategy game. The sci-fi is also narrative-driven, where your decisions made in one pocket of the galaxy end up affecting another in the vast expanse.

Video games set in space tend to do their best in providing a realistic taste of the unknown universe, but who’s to know for sure if they are successful or not. One city-building sim had a brush with reality recently, as the theme song from Surviving Mars was used to accompany the historic launch of NASA’s Perseverance rover – which was a wonderful accolade for Haemimont Games. In The Fermi Paradox, however, your gameplay is not restricted to one planet, and you’ll soon realize you’re basically in charge of ruling the civilizations of space.

Anomaly Games seems to have included a bit of everything in its strategy space game, where crucial decisions will have to be made in order to guide alien races through the times. Ten alien civilizations will be able to be controlled at once with a variety of races available, including deep sea creatures and even humans. The main thrust of the game relies on your decision-making where each event provides three choices for you to select, and the consequences of those choices affect the entire galaxy. Exploration will also be incorporated into gameplay as you respond to signals from stars, and attempt to drive your civilizations to success. 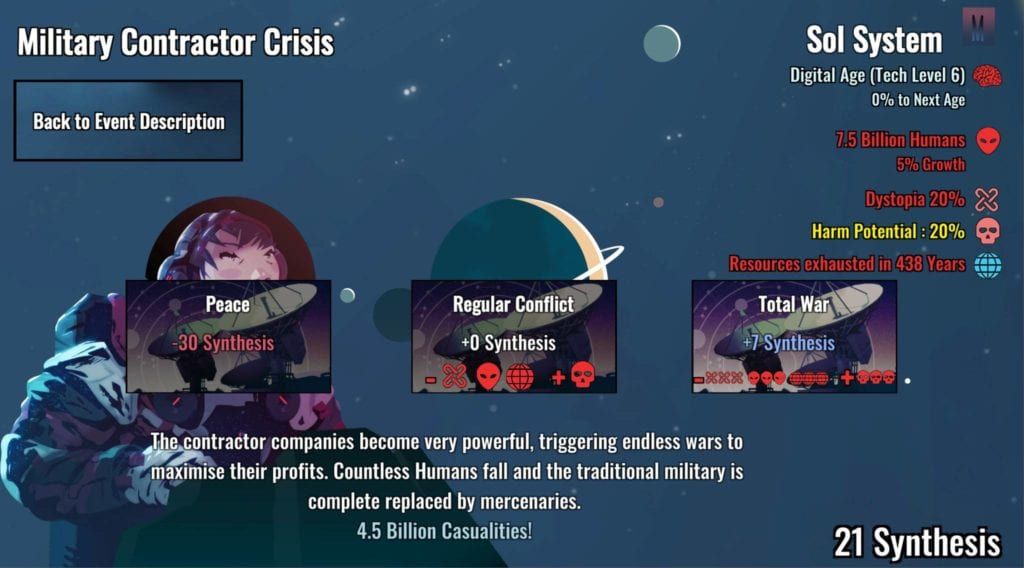 There are 400 events you could be faced with that are designed to evolve your civilization, including biblical natural disasters, romantic uprisings, and the threat of sentient warships. Various challenges will arise depending on the planet you explore or the ship you walk on, which will trigger special narrative events too. The Fermi Paradox also promotes a compelling replayability factor, where each playthrough has the potential to weave a different narrative.

If you’ve already made up your mind that Mars is the planet for you, then Pyramid Games is offering you the chance to colonize the Red Planet yourself. Occupy Mars: The Game has been marked as a survival sandbox which requires a fair amount of brainpower to succeed, and boasts an immersive, realistic, and rewarding experience for people who aren’t afraid to get their hands dirty.