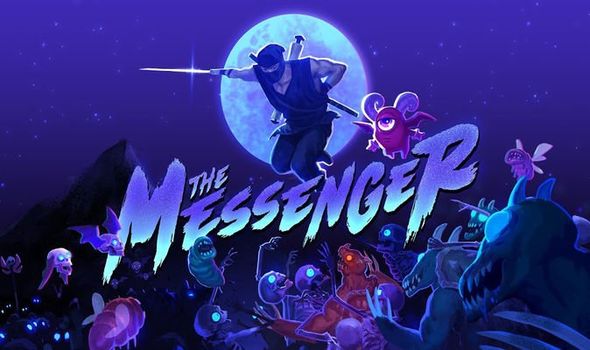 The Messenger joins a long list of indie side-scrolling games on the PS4 that promise a number of unique selling points during their arrival on the console.

Few, however, possess the style and poise that The Messenger brings to the table.

The world is ending in this Nintendo-era 8-bit pixel art display, and the player takes the role of the Messenger, a ninja whose sole purpose is to deliver an ancient scroll to the peak of a nearby mountain.

While armed with a katana and a number of shuriken, the player’s most impressive skill is the inclusion of the Cloud Step technique – an ability which allows for perpetual jumps providing the character has landed a hit on an enemy.

On top of being a lot of fun to use, the ability provides a great deal of challenge throughout the game as it forces players to get good at the technique or die trying.

Unfortunately traversing the delicately designed levels is where most of the game’s challenge comes from.

Luckily, The Messenger’s bosses contain decent difficulty spikes, and a lot of creativity.

Each foe brings a new hook to the fight, and it is genuinely a lot of fun working out the win mechanics of each level’s big-bad.

The largest hook to The Messenger arrives partway through the game when it thrusts the player years into the future.

Jumping through time sends the game from its 8-bit aesthetic to a more fluid 16-bit style. 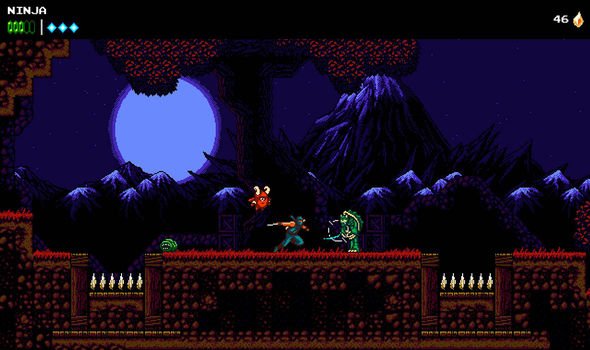 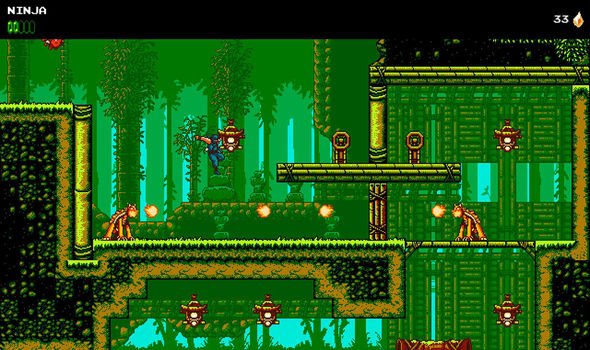 Every screen of the game’s world has been meticulously recreated in both low and high resolution, and likewise its music reflects the era which is being displayed at any time.

As the game progresses the two worlds collide and provide some incredible visual displays of time-jumping, combined with the many incredible traversal mechanics introduced throughout the levels.

And although the difficult certainly ramps up each level, there isn’t a real death penalty to deter you from perpetually banging your head against each challenge.

If the combat is deemed to challenging, there are a handful of upgrades which will help every player’s venture through the game – however it is just a handful. And once these boosts are bought up – mere hours into the game – not much else is needed from the mysterious shopkeeper.

This can be forgiven, however, as every pixel of The Messenger is utterly gorgeous.

Both styles displayed are perfectly crafted and evoke memories of the games it was inspired by – Castlevania, The Legend of Zelda, and classic Ninja Gaiden.

And although some players may want to roll their eyes at these similarities, it is obvious that The Messenger was created viewing these games as inspiration rather than a blueprint.

The story is another example of where The Messenger shows off its unique ability to set itself apart from other side-scrollers.

With chuckle-worthy tongue-in-cheek humour, and a number of comical interactions between the few characters, the game creates a memorable experience from start to finish. 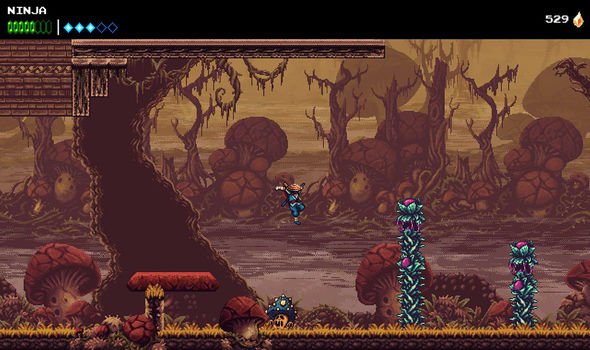 The Messenger may sometimes look like just another side-scrolling independent game on the PSN store, but it has enough in it to set itself apart.

The incredibly well-crafted Cloud Step technique allows each player to really hone their ability in the game, making them witness an improvement in skill as the hours roll by.

While the game’s levels may sometimes leave something to be desired, the bosses allow enough creative thought to make every triumph really feel well earned.

The jump from 8-bit to 16-bit in a split-second is both impressive and awe-inspiring, and will definitely keep players hooked until the final moments of its unique story.

The Messenger is available now on PlayStation 4 for £15.99, and is also available on Nintendo Switch, and PC.