Just like the main game before it, the Peril On Gorgon DLC for The Outer Worlds features the same signature corporate humor, fun character interactions, wild weapons, and player choice that can impact the game in multiple ways. Just as the base game had three main endings to pick between, this DLC comes in with three as well. However, one of these endings requires some specific stats to be quite high, and they all give you vastly different rewards. Here’s how you can get each ending in the Peril On Gorgon, plus what each one will give you.

It shouldn’t need to be said, but just to make it absolutely clear, this guide will contain full spoilers for all the endings to the Peril On Gorgon DLC. If you want to go in blind, come back after beating the DLC. 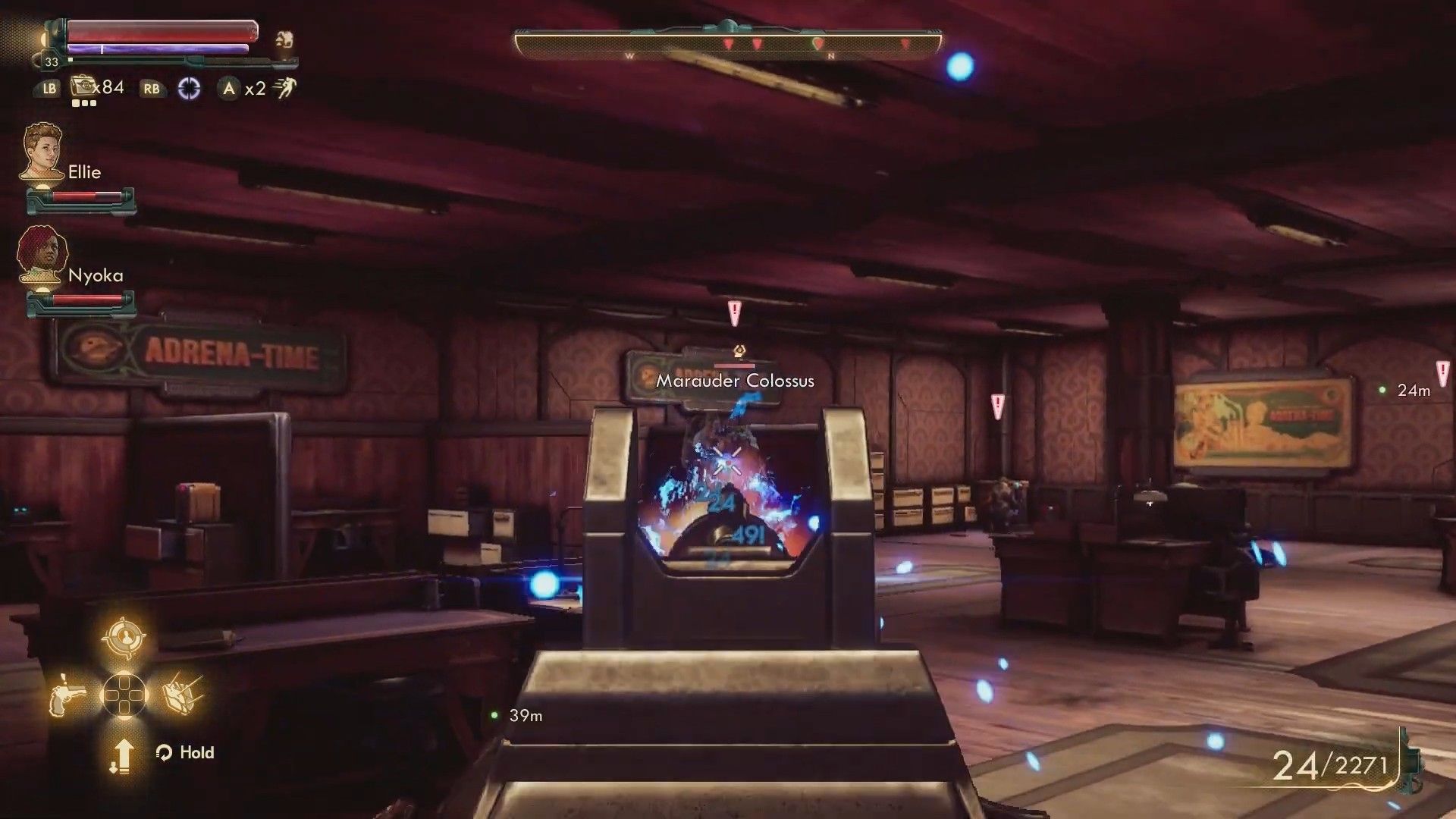 Your final mission in the Peril On Gorgon is titled “The Ambrose Intersection” which has two optional objectives tied to it. You don’t need to complete either of these to open up any alternate ending, but they do provide more context and flesh out the story a little more.

When you are eventually called by Wilhelmina for an update on her mother’s journal you should use your persuade dialogue option, you only need it to be level 20, to trigger a call from Olivia. If you have a high enough perception you will be able to figure out that she was responsible for locking down the Gorgon facility.

Minnie and Olivia will then both make their cases for why the Adrena-Time project should or should not be continued. Who you side with will decide your ending, but you will need the right stats to get the “good” ending. 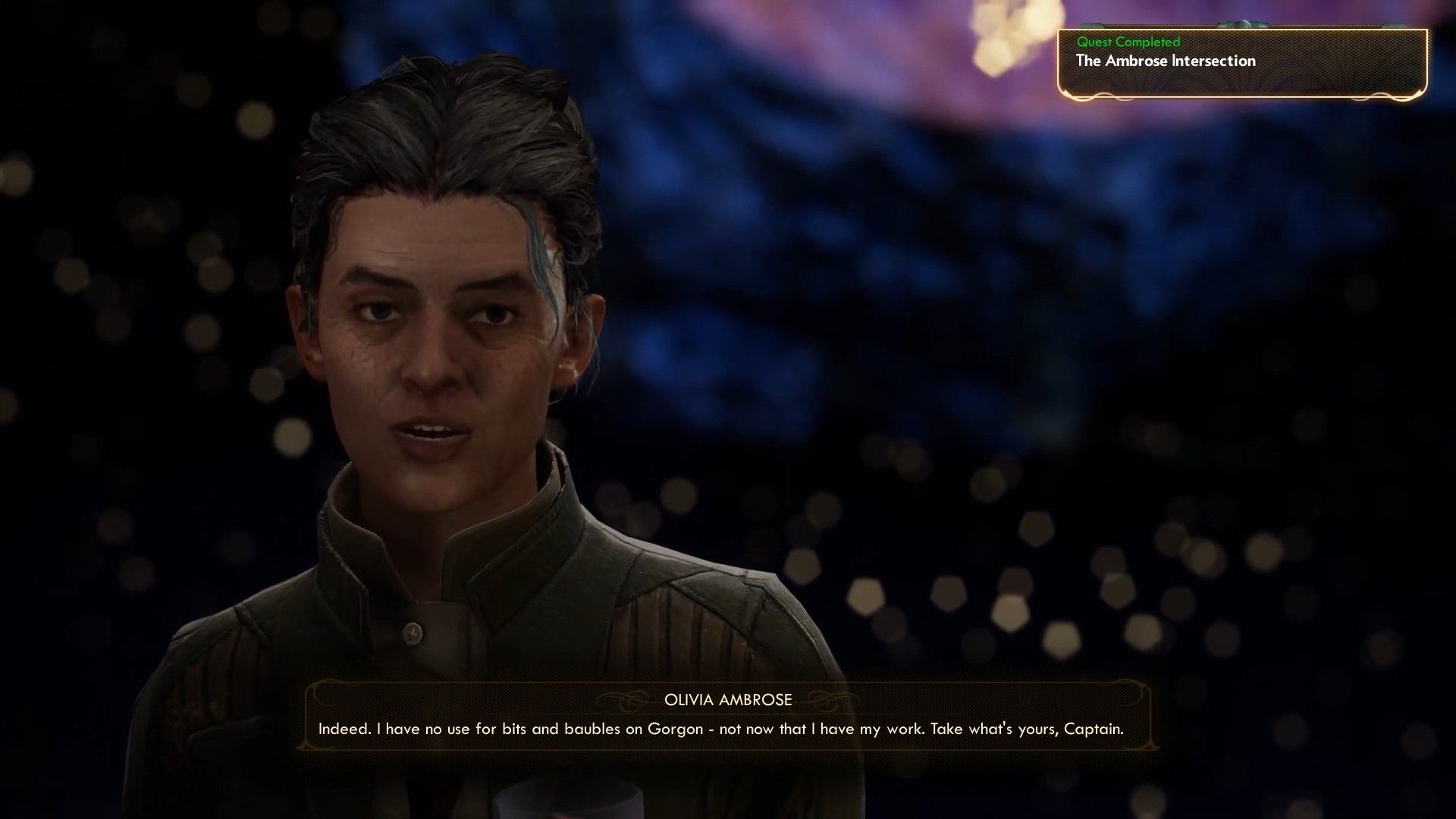 The “good” ending option is to side with neither Olivia Or Minnie and instead reconcile their differences, but this won’t be easy.

First you need tell both characters you will consider their propositions, which will trigger Minnie to place the manor on lockdown, so going back inside will be treated as a hostile action.

From there you should head to Minnie first, fighting through a pretty substantial resistance. She won’t be happy to see you once you get there, and will need at least 150 persuade, 60 inspiration, and 40 intimidate to clear this dialogue sequence. Here are the options you need to pick:

Minnie will now be on board and send you to bring Olivia over. Head out and convince Olivia to speak with her daughter by choosing the following conversation options:

The two will finally repair their relationship, thank you for your help, and team up to cure the marauders.

Side With Olivia Ending 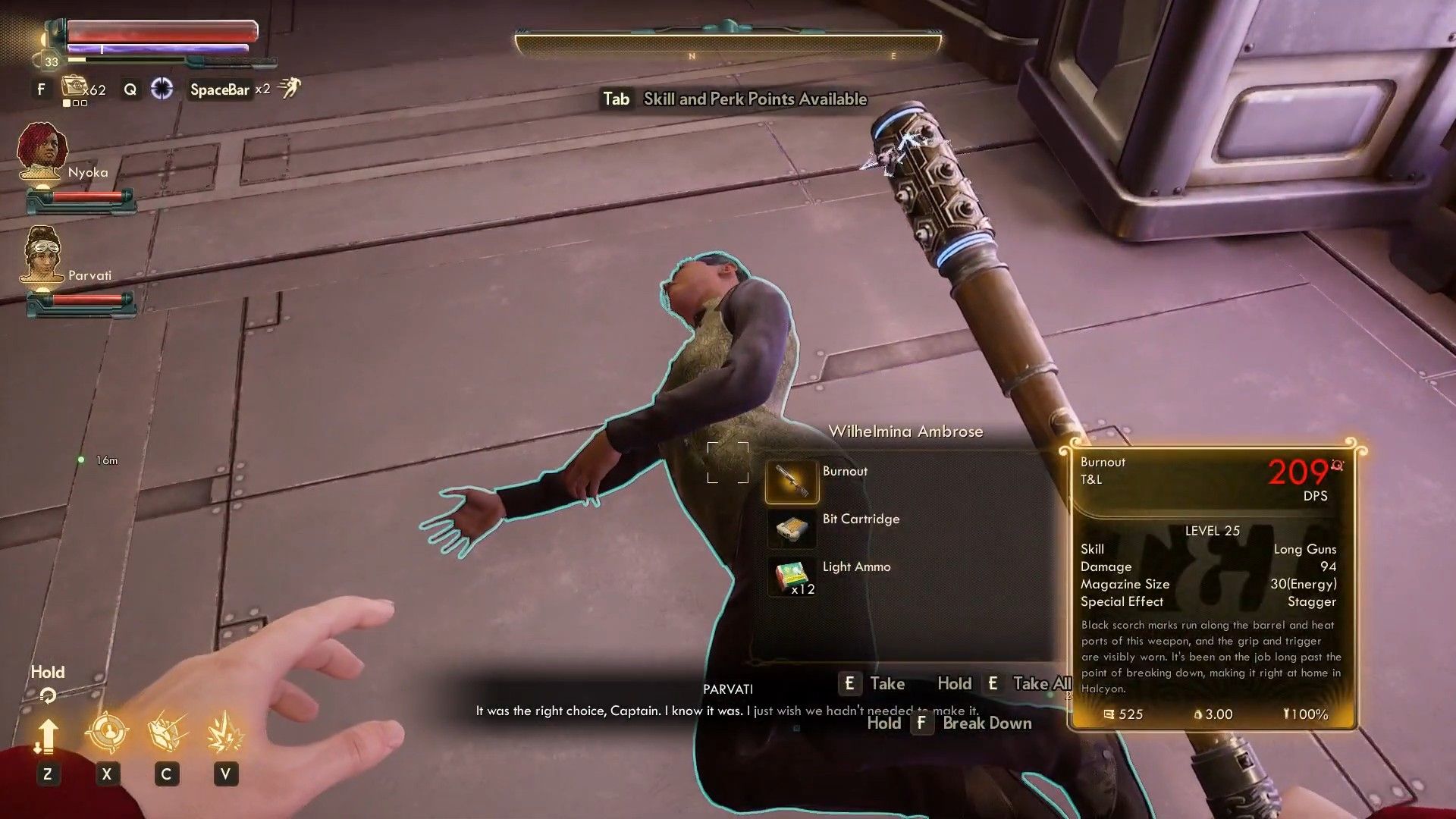 If you decide to take Olivia’s side in the dispute and end Gorgon once and for all, you will need to go over to the Ambrose manner, defeat the security robots, and take the elevator to Olivia’s lab in order to activate the NDA Protocol from her terminal. Minnie will attempt to stop you. You can either kill her or try and convince her to back off, but either way a gunfight will break out leading to her death. Loot her body to grab the new science Burnout weapon.

Head back up, use the console, and Olivia will invite you over to celebrate your success.

If you ask Olivia about your reward for siding with her she will hand over 5,000 Bit Cartridges.

Side With Minnie Ending 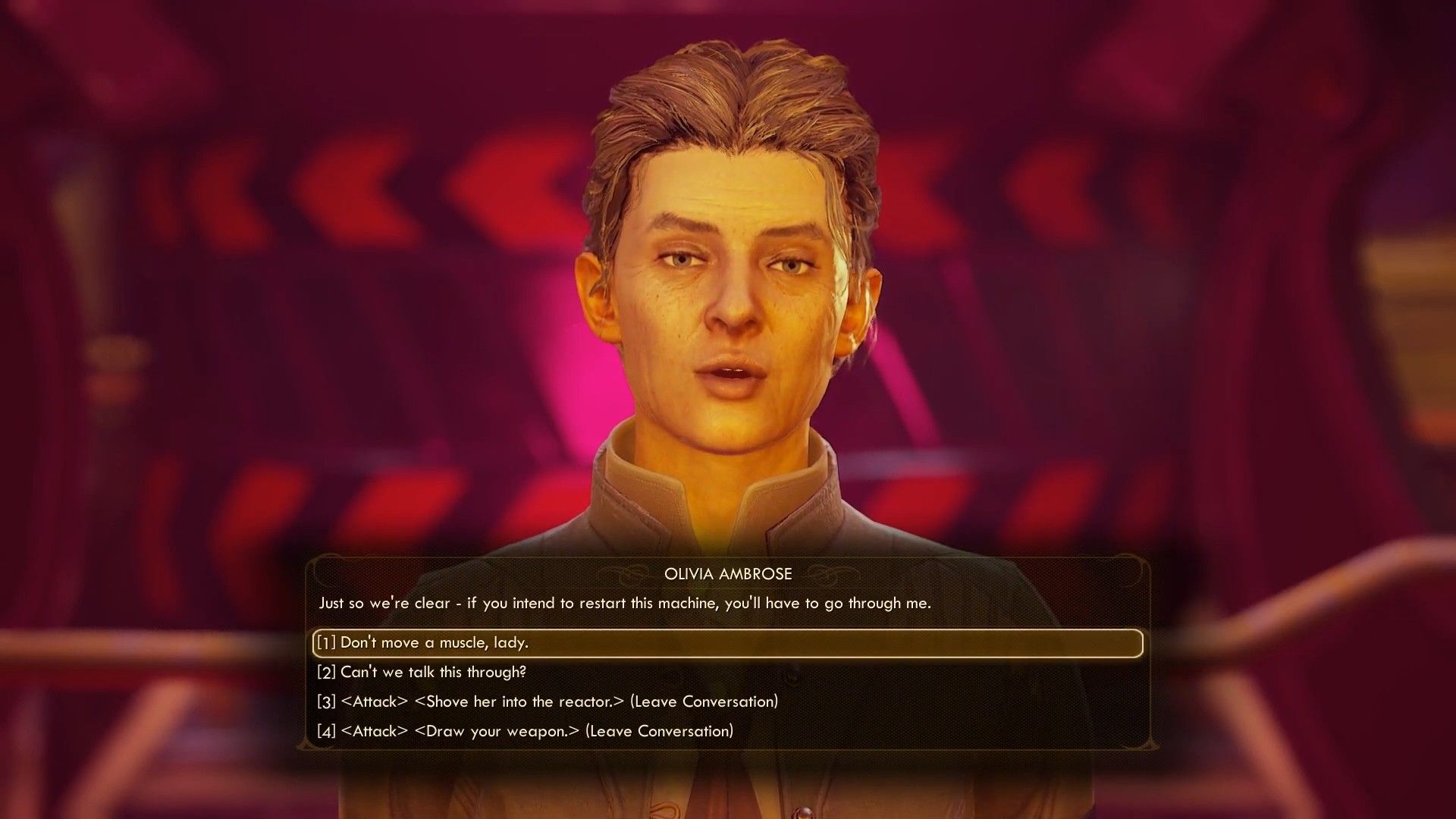 Siding with Minnie over Olivia will send you to Olivia’s location to attempt to restart the machine. Once again, Olivia will confront you in one last attempt to change your mind, and no matter how you choose to play it out, you will be forced to kill her to move forward. Take a moment here to loot Olivia for her unique gun, the Equilibrium weapon, 5,000 Bit Cartridges, and the Ambrose’s Key. After killing her you are free to restart the machine and head back to Minnie to collect your reward.

Minnie will likewise celebrate your success and provide you with an additional 5,000 Bit Cartridges and the 114,000 XP.

If you have the stats, the reunite ending provides the most content of the three, but you can get slightly more rewards in the form of an extra unique weapon by choosing the Minnie ending. All three have their own benefits, so feel free to make a save before this final choice to try them all.