Tabletop roleplaying game creative platform RPG Writer Workshop recently announced that it’s leveling up and dual-classing into a new identity, the Storytelling Collective, scheduled to officially launch on January 11, 2021. The RPG Writer Workshop will continue earning XP as its own program within the Storytelling Collective, with the new identity being adopted to better represent the expanded storytelling mediums the Workshop community has grown to showcase.

The Storytelling Collective (StoCo) announcement was made by the program’s creator Ashley Warren via her company’s Scribemind website. In the post, Warren states the StoCo decision was a WIP over the last year, but one she felt she and the Workshop program were headed to since it launched in 2018. She also states that although the program’s name has changed, she still believes “the future of storytelling is immersive, interactive, interdisciplinary, and inclusive”, and StoCo will better serve and epitomize those tenets in its future work.

If you’ve been a member of the RPG Writer Workshop, Warren writes the courses you’re familiar with in that program will continue to be offered, “including our flagship Write Your First Adventure program that we host every July and November.” She adds that new courses will be added this year, including the first Write Your First Encounter course/creative challenge, and that the StoCo team is currently developing “level 2” follow up programs for existing courses.

Speaking of the StoCo team, Warren also announced the program now has an official administrative team comprised of two crucial Workshop assistants, Jack Kiser and Hannah Renea Bumgarner. Many Workshop instructors are also still involved and will be returning for the new years’ courses, as well as a few new instructors. Together, they are working on creating new courses, as well as “an updated version of the Write Your First Adventure workshop”.

On the January 11 launch day, Warren notes you’ll see a number of changes go into effect to showcase and support the new StoCo identity. First and foremost will be the new homepage, StorytellingCollective.com. A new StoCo-specific Discord server will launch, as will the new Creative Productivity series (with two brand new courses). Flash Fiction February open registration will begin, as well as open registration for the courses Marketing 101 for ttRPG Creators; Creating Your Campaign Setting: A Primer; and Dungeon Design Essentials: Treasure. Lastly, the Storytelling Collective 2021 Creative Laureates will be introduced. 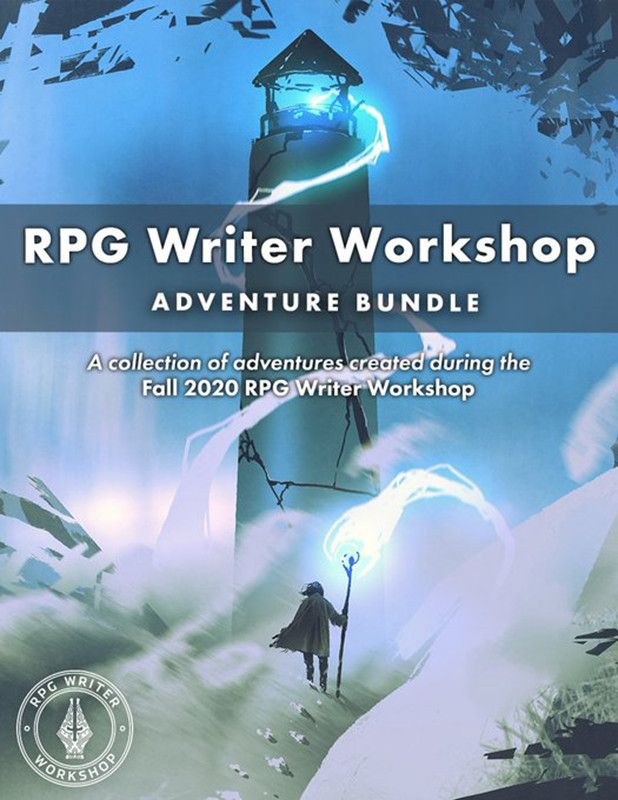 For live updates on the Storytelling Collective, plug into the program’s Twitter channel. And ICYMI, check out the RPG Writer Workshop Fall 2020 Adventure bundle “featuring adventures published from the Fall 2020 Write Your First Adventure workshop” available now on Dungeon Masters Guild and DriveThruRPG.