Anyone who knows anything about the Sims series knows a thing or two about the Goth family. Even if they have never played as them – maybe preferring to stick to families of their own creation – and have never read up on the family's strange and mysterious history. Their legacy is such that every player has at the very least seen the family hanging around public lots and knows the name Bella Goth.

This famous virtual family has been a staple in the Sims series since the very beginning and has appeared in each and every main installment in the series. New details and chapters get added to their story each and every time that they appear which keeps this family interesting and as mysterious as ever. This article will act as a brief yet comprehensive guide on everything the Simmers of the world need to know about the infamous Goth family.

Updated on May 25, 2022, By Helen Ashcroft: May 25, 2022, marks the day the Goths received a makeover in The Sims 4. The team have introduced a new and shinier version of these iconic NPCs that more closely resembles the original designs. Bella and Cassandra's skin tones have been adjusted, Mortimer's mustache has become thinner and everyone has had a change of clothes.

To celebrate this family being brought back into the spotlight we've also given this article a makeover. Thanks to Maxis and EA offering us some tidbits of information we now know more than ever before about Bella, Mortimer, Cassandra and Alexander, and we're about to share it all.

Who Are The Goths? 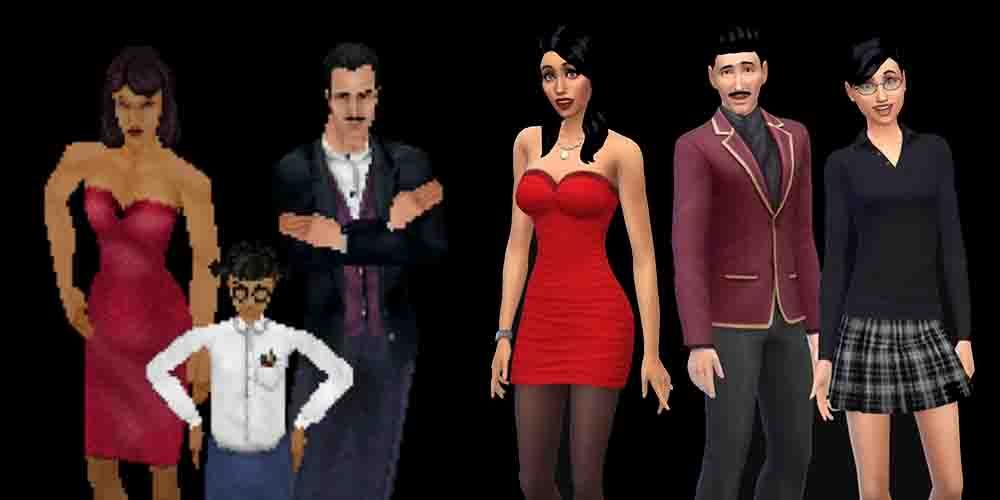 The Goths are a family who were originally introduced to the Sims series in the first installment and have been featured in each and every mainline game since then, as well as some spin-offs, with a new twist on their story each time. The core characters are married couple Bella and Mortimer, along with their daughter Cassandra. Youngest child Alexander also appears in some games alongside them. Gunther and Cornelia Goth – Mortimer's parents – also made an appearance in The Sims 3.

The wider Goth family are referenced through different events in the games, building a picture of a long line of old money aristocrats, wealthy businessmen, noted scientists and influential politicians. They also founded parts of Sunset Valley – which the co-founding Landgraab family later built upon, leading to a long-running feud between the two families over land ownership.

Over the years, many of the wider Goth family have died under mysterious circumstances – which probably explains the eight graves in the Goths yard in The Sims. These include Samuel Goth who was poisoned by a magic Jelly Bean in The Sims 3: Supernatural.

A Potted History Of The Goths 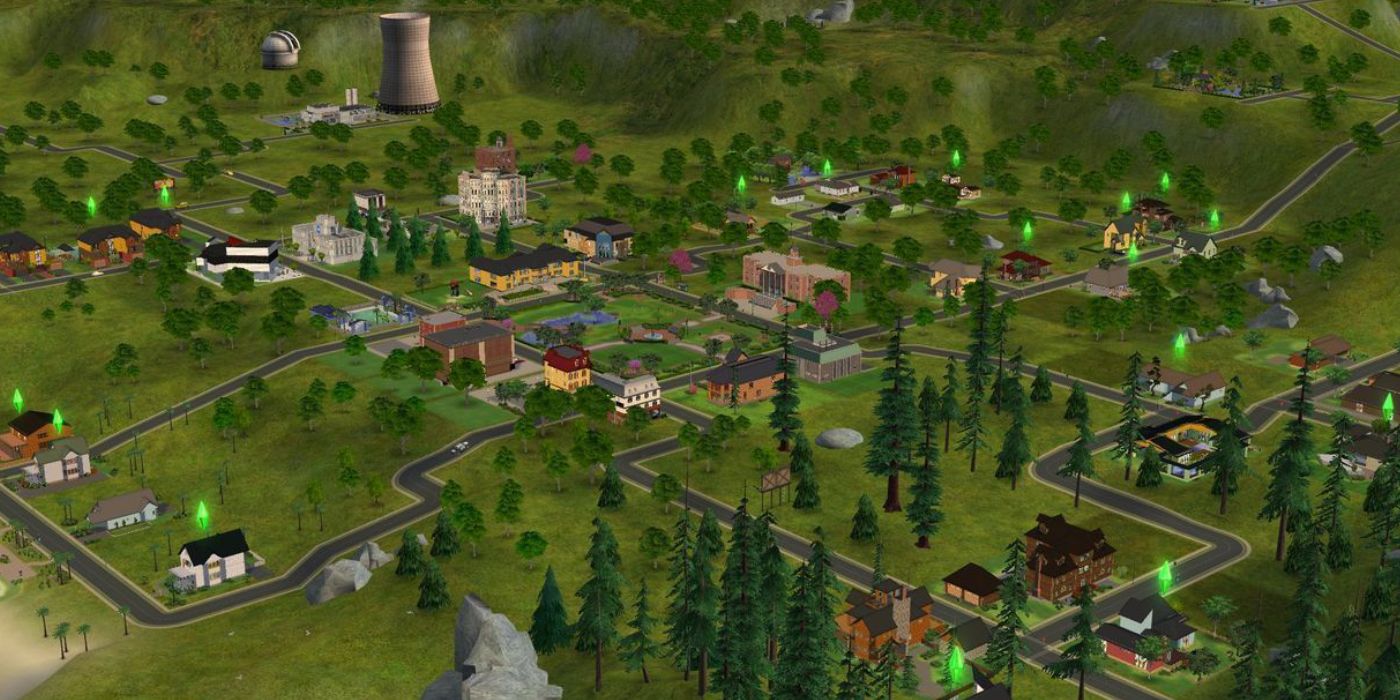 Moving into the 19th century, we hear of a woman named Morgana Goth who was said to enchant, manipulate, and control men with her immense and incomparable beauty. These powers famously drove men wild and one went as far as to create a doll in her likeness – an item you can find in the Sims 3 Showtime expansion. Magical abilities and an unofficial curse placed on the female members of the Goth family allegedly exist in every generation because of Morgana's actions.

In The Sims 3 – which is set 50 years before The Sims 2 – we meet a young version of the Goth family who are living in the town of Sunset Valley. Their history in the town in rooted deeply in their feud with the towns other founders, The Landgraabs. When the young Mortimer comes of age (in The Sims), he moves to 5 Sim Lane with his wife Bella and child Cassandra.

We next see the Goth family in The Sims 2 in Pleasantview. At this point in their story, Mortimer is reaching the end of his life and seeing a young girl who is after his money, Bella has been abducted by aliens, and Cassandra is just about to be left by her fiancé at the altar. This is the end of the official Goth family story as the Goths who appear in The Sims 4 belong to an alternate universe where none of these events took place. 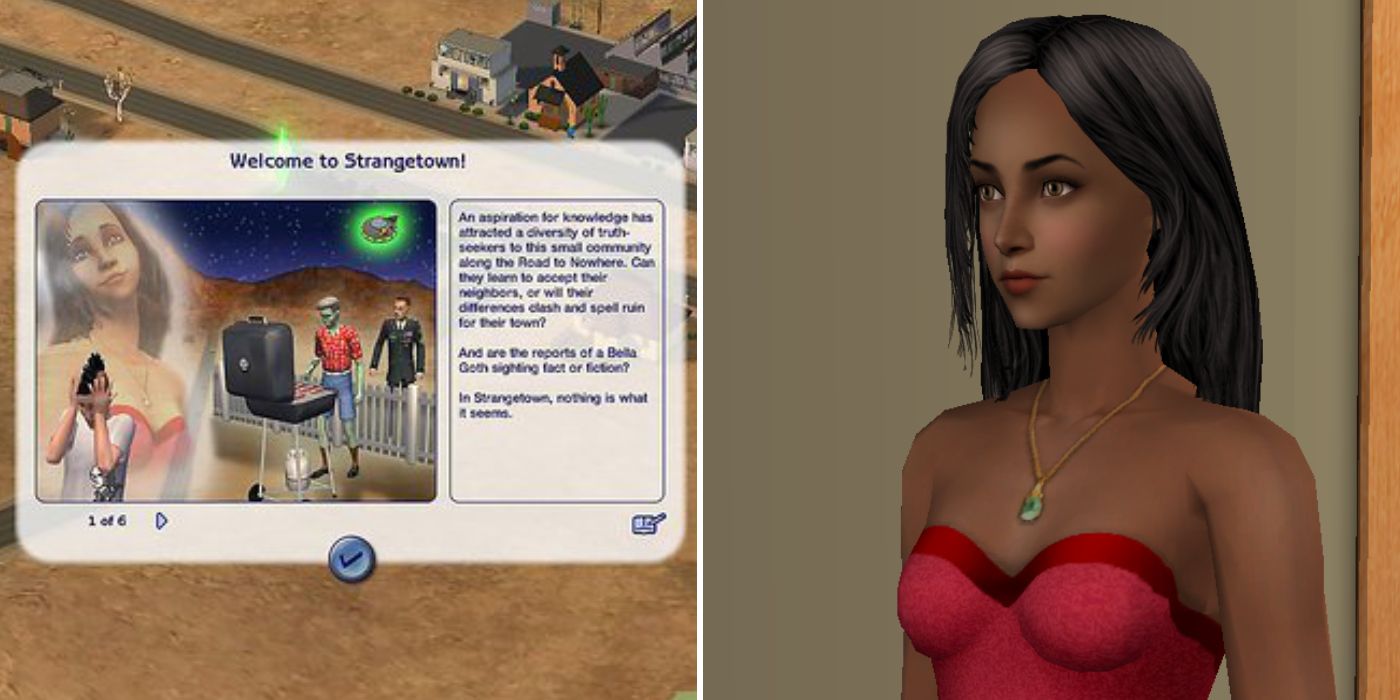 Although Bella Goth is not present in the Goth family household which resides in Pleasantview in The Sims 2, although you'll see her missing person poster on milk cartons in the game. There's also a children's book called Where is Bella? and another, written by Alexander Goth, titled Murder In Pleasantville. Rumors were said to point to Mortimer as being responsible for her disappearance.

However, Bella reappeared as a townie in the neighboring world known as Strangetown. It appears that Bella Goth was abducted by aliens and taken from her life and family. When the aliens finished with whatever they had planned, they dropped her off in Strangetown – an Area 51 inspired town that is frequented by aliens, military personnel, and bizarre happenings – with no memory of what happened to her or her previous life.

Her personality and physical appearance are slightly different from what they were before the abduction so many wonder if she truly is Bella Goth or if she was replaced somewhere along the way. This sudden personality change has absolutely nothing to do with SimGuruLyndsay accidentally deleting her save file during development and the team having to improvise a story to explain the disappearance and subsequent appearance change… 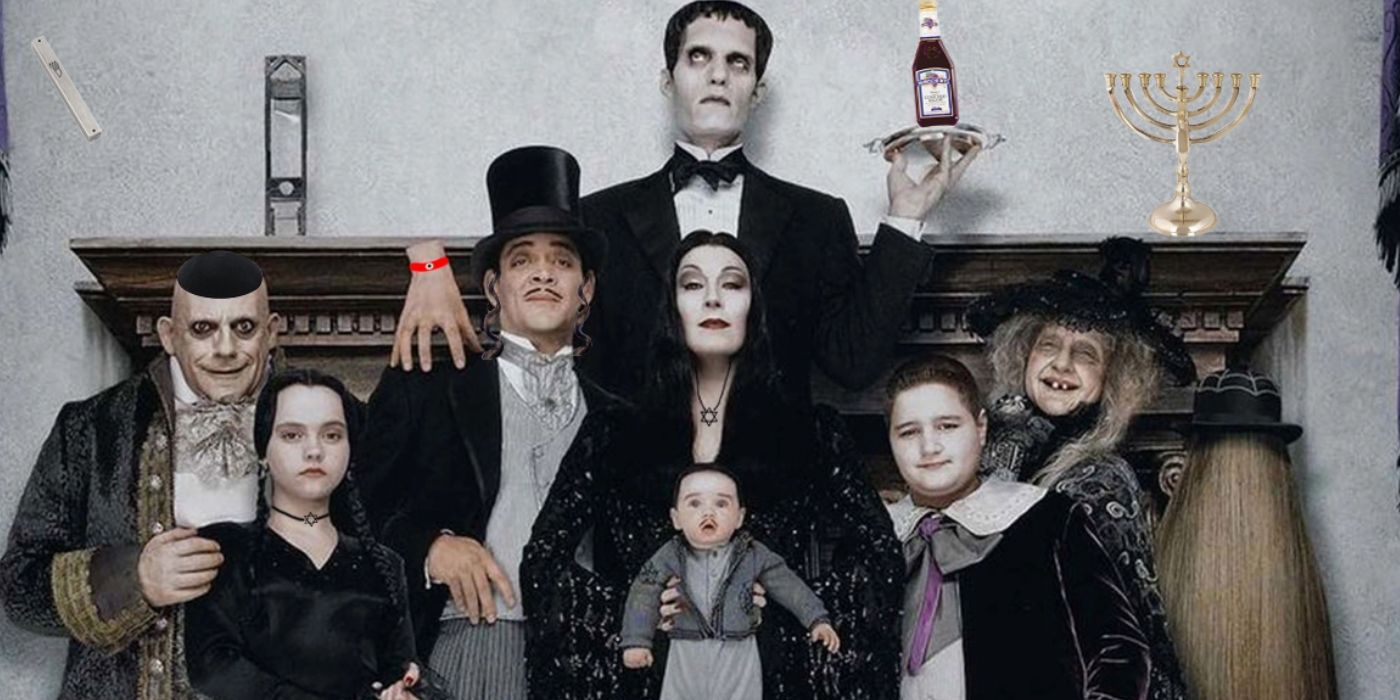 It is impossible to look at the Goth family home as well as the people who live inside it and not think of everyone's favorite Gothic film family: The Addams Family. From their gothic nature to the graveyard that replaces a normal backyard, the similarities are obvious. But the biggest ones seem to come from the family itself.

Bella Goth and her husband, Mortimer, are as close as one can get to Morticia and Gomez without copyright infringement and their characters and some of their physical traits are very close. A few other nods to the creepy and kooky Addams family can also be found in Cassandra's pigtails and a young Mortimer's Pugsley style outfit

The Goths In The Sims 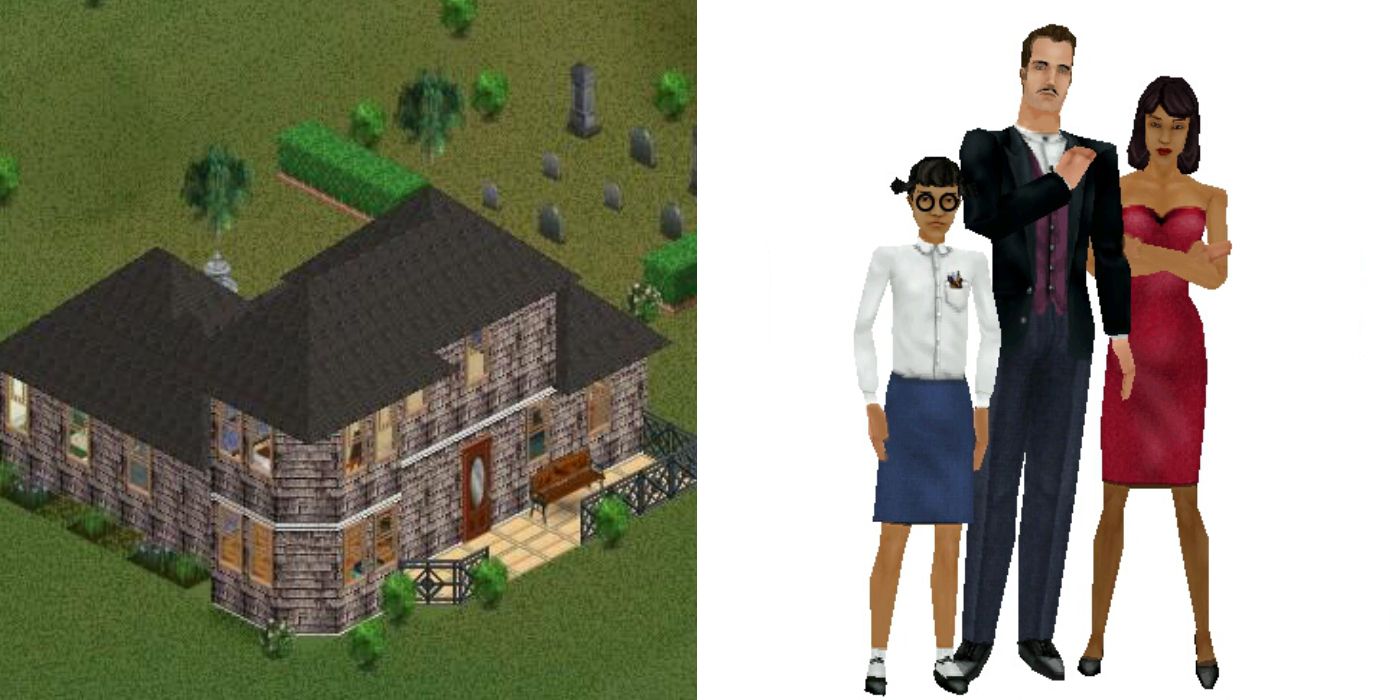 In the early games the Goth family exists in several versions. In Bustin' Out, the family comprises just Mortimer and Bella who are literally haunted by the ghosts in their yard at the Goth Manor. He is a virus breeder in the Mad Scientist career, and she is a horror movie extra in the Movie Star career.

In The Sims (for PC), the family is made up of Mortimer, Bella, and Cassandra who share a small yet gothically themed home at 5 Sim Lane. Later, in The Sims: Unleashed, the family is expanded greatly as Gunther Goth, Cornelia Goth, and their two cats have been added to the game. Gunther is a Dean in the Education career and Cornelia is a housewife. They live in a ridiculously large mansion.

The Goths In The Sims 2 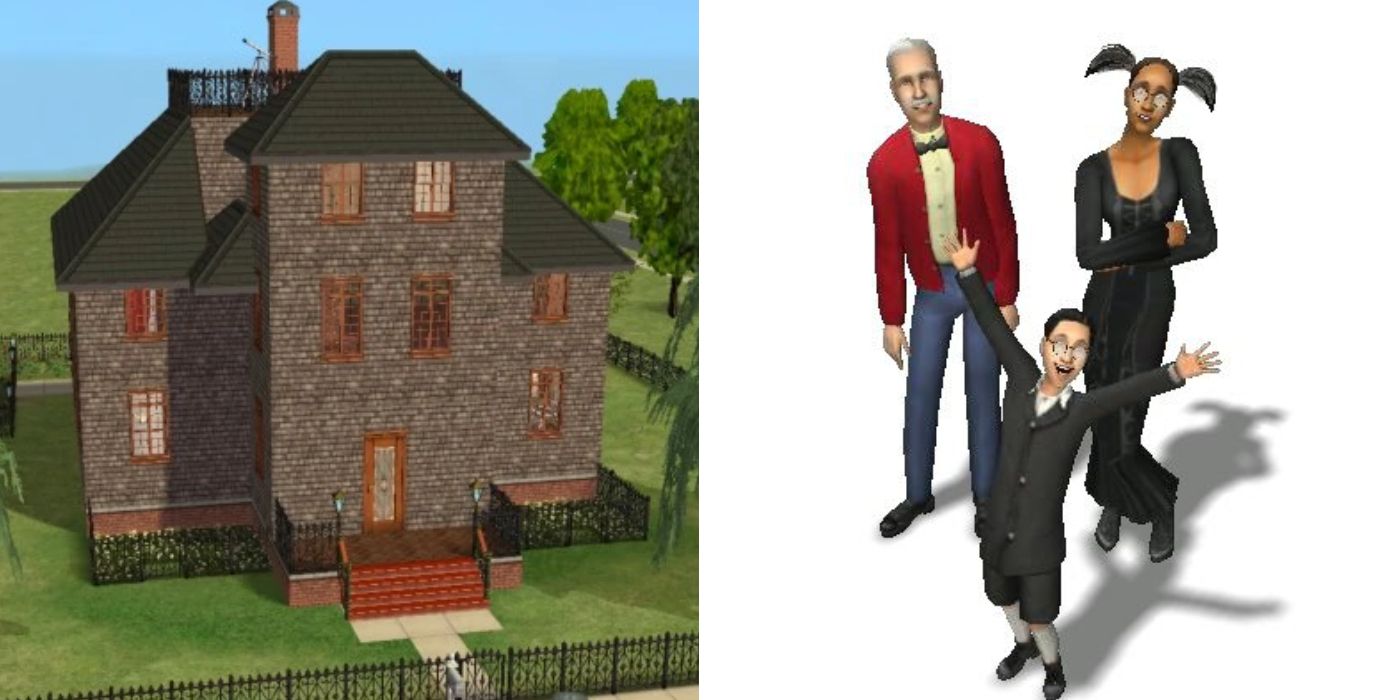 In The Sims 2, the Goth family is absurdly rich – cannot achieve without cheat codes rich. This is presumed to be the result of an inheritance from Gunther, who amassed a fortune over his life. When we meet Mortimer this time around, he is an elder who is at the brink of the end of his life. His faithful and beloved wife, Bella Goth, was abducted by aliens, never to be seen again – by the Goth family at least. It turns out that this is just the start of the family's issues.

Mortimer is spending his time with Dina Caliente, a much younger Sim who has her eye on the family fortune. Cassandra is about to be married to Don Lothario who is in the middle of three relationships – one of which is with Dina. The gameplay begins just before Cassandra's wedding and though the player is in control of the game, unless you intervene Don will leave Cassandra at the altar.

In the GBA version of The Sims 2 the Goths are unplayable and don't have a major role in the game. They simply rate the episodes after you complete them. However, they are reunited here, as Bella appears alongside Mortimer.

The Goths In The Sims 3 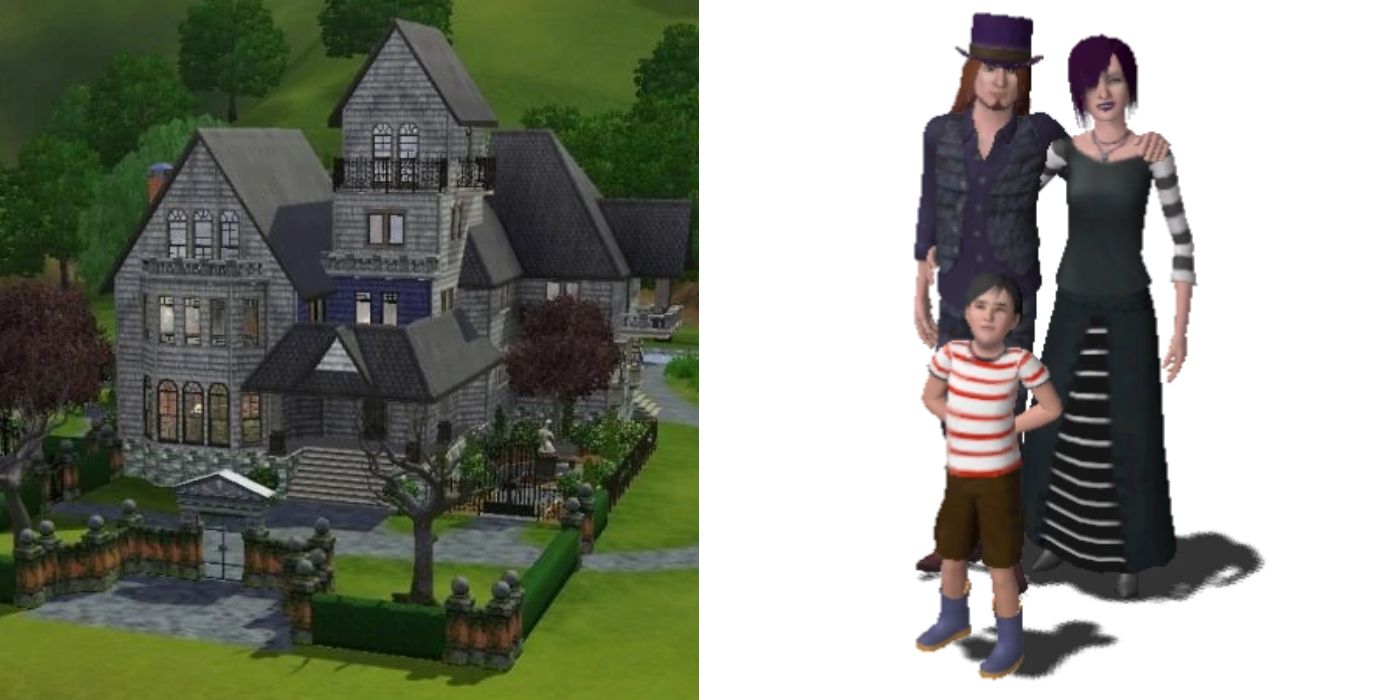 It is important to note that the entirety of the Goth storyline that is held within The Sims 3 occurs 50 years before the events of The Sims 2. This time, the family consists of Gunther, Cornelia, and their young son Mortimer. However, Gunther's father Victor is recently deceased. His tombstone lies beside his wife Gretle in the backyard of a large gothic mansion that was the first building to be erected in the town of Sunset Valley. This house has been passed down through the generations from the Goths who founded the town and is where Gunther, Cornelia, and Mortimer now liv, accompanied by the Goth family ghosts.

Though Sunset Valley was founded by the Goth family, it was technically built upon by the Landgraab family; and they have been feuding ever since over land rights. You may notice that the Goth family is far more traditionally Gothic in The Sims 3 and some may argue that the families Gothic nature lessens a tiny bit with each passing generation.

In The Sims 3 Supernatural, the version of the Goth family that resides within Pleasantville is headed by Gunther's sister Frida, who fled Sunset Valley after nearly being forced to marry a man she could not stand. She now dwells as a ghost with her uncle Samuel Goth and his wife Olivia (although the game does not mark them as being related since Victor resides in Sunset Valley). Samuel died after being poisoned, and his grieving wife Olivia accidentally electrocuted herself, starting a fire in the process that killed Frida.

In The Sims 3 for Nintendo DS, the family consists solely of Alexander, a young adult married to a woman named Cecilia. Alexander resembles Gunther and while Mortimer gets a mention in Alexanders bio, no other Goths are mentioned or seen in the game.

In The Sims 3 Pets for console the Goth family are unplayable and headed up by Rebecca Goth. She is alleged to be the great-granddaughter of Timeus Goth, one of the founders of Sunset Valley. He is buried at the Goth Family Cemetery alongside Angela Gilman, who never changed her name. The whole history of this side of the family is shrouded in mystery, one that was never solved.

The Goths In The Sims 4 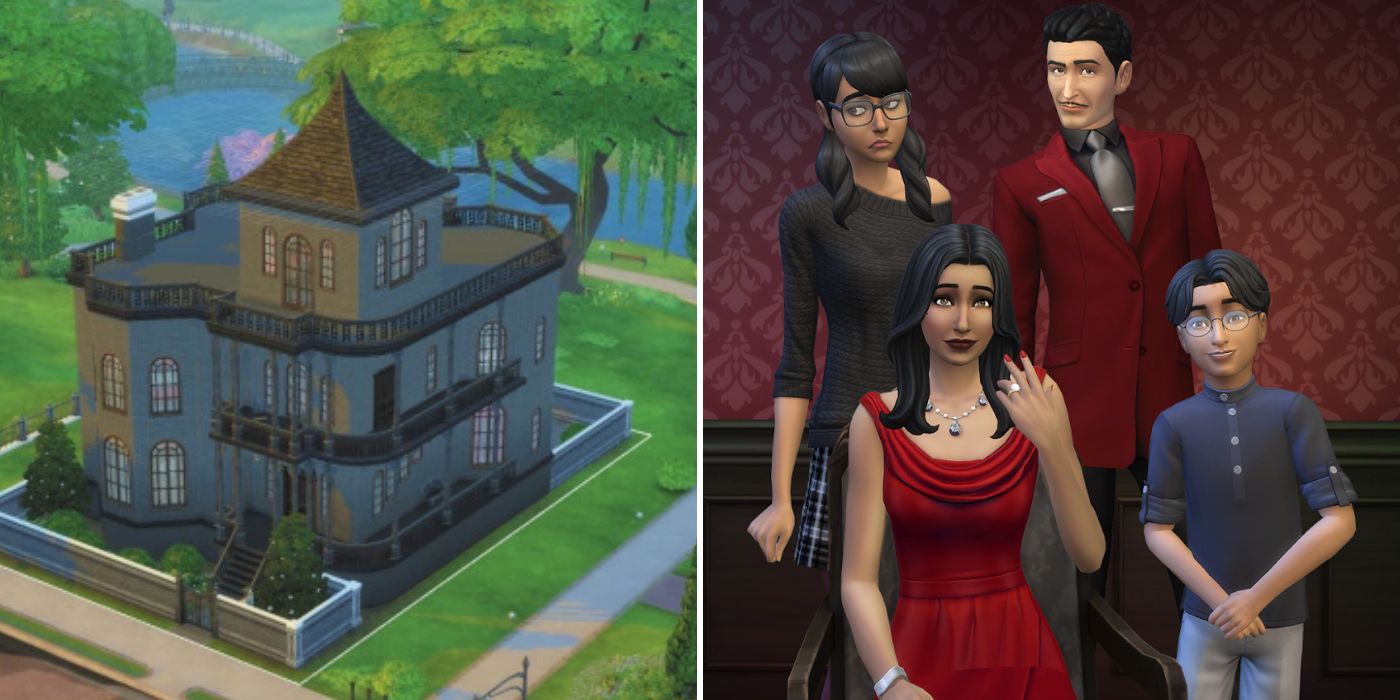 The Goth family that exists in Willow Creek in The Sims 4 is an alternate reality version of the traditional Goth family. The family is made up of Mortimer, Bella, Cassandra, and Alexander, and they exist entirely outside the plot lines of each and every previous incarnation of the Goth family.

They reside in a lovely Gothic mansion in Willow Creek and like previous installments, their home contains minimal electronics. However, fans of the Goth family may be disappointed to know that there is no graveyard at this residence, the first not to feature one, as ghosts were a later addition to The Sims 4.