Playing as The Necromancer, your only goal is to wreak havoc among the living and the celestial in The Unliving. After finishing the tutorial, you'll be taken to Edge of Immortality, which will be your base of operation for the rest of the game. You can use the portal at the top to head into the world of living.

You'll start from the Burial Isle area every time you go for a raid, and you have to beat this and Caredhwaithian Mires to get to Sunspire. While the game involves skill, it is also based on luck since you need good spells, Lifesparks, and sacrificial runes to perform well.

The Unliving is currently in Early Access, and all the content mentioned in this article is subject to change. 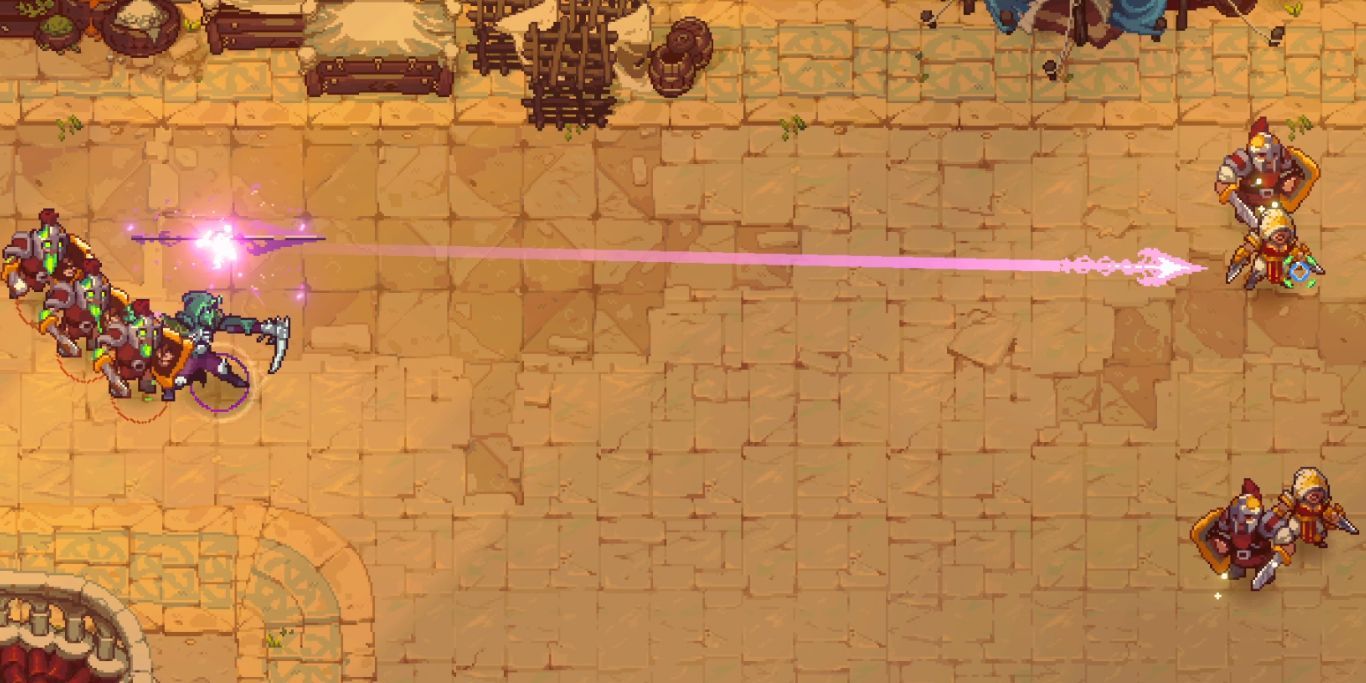 Once you've beaten the Ascended Alchemist in Caredhwaithian Mires, you'll be ready to venture into the large castle of Sunspire. After exchanging dialogue with Phylacterium and the Ascended Alchemist, a note will be displayed on your screen. There'll be a "continue" button at the bottom of the note that will lead you straight to Sunspire.

You venture into these areas in search of different shards that are required to perform the Rite again. At the end of each area, you'll find out that the shards are inside the bodies of the big boss.

Unfortunately, you won't simply acquire them after defeating the bosses for the first time. You have to go through a bunch of dialogues and defeat each boss three times to acquire the shard from them.

Upon reaching Sunspire, you'll be greeted by a familiar site of one random Essence from Bone, Blood, Echo, or Lifeforce, and a Lifespark potion to regenerate your health. These can be used as a refreshment after fighting the final battle in Caredhwaithian Mires. You can also raise three Undead City Watchers from their graves.

It is important to remember that you will lose your army of undead from Caredhwaithian Mires when you move to Sunspire. Other than that, you'll keep all your Lifespark upgrades, weapon upgrades, spells, and sacrificial runes. You have to build your army from scratch in this area. 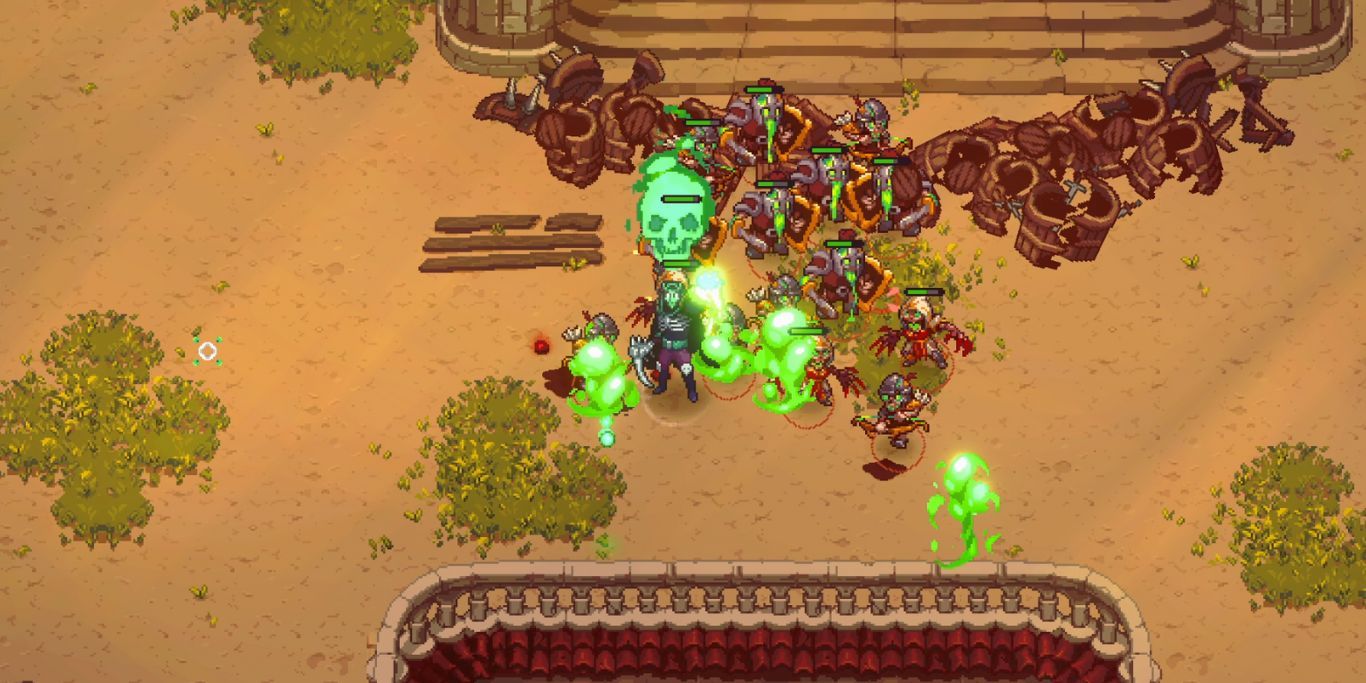 In the beginning, you'll face small groups of City Watchers, Stormtroopers, and Sun Archers. Since your army is very small at this time, you need to help them defeat the opponents as much as you can. This will prevent early losses in your army.

While it's important to protect the undead and keep them alive for as long as possible, don't put yourself at a disadvantage while protecting them because they decay with time anyway. This means that a particular undead will die after a certain amount of time.

The barricades in Sunspire also look scarier than other areas because they have metal reinforcements, but it's important to not get intimidated by them. You can try to destroy these barricades from far away before sending your army into battle. 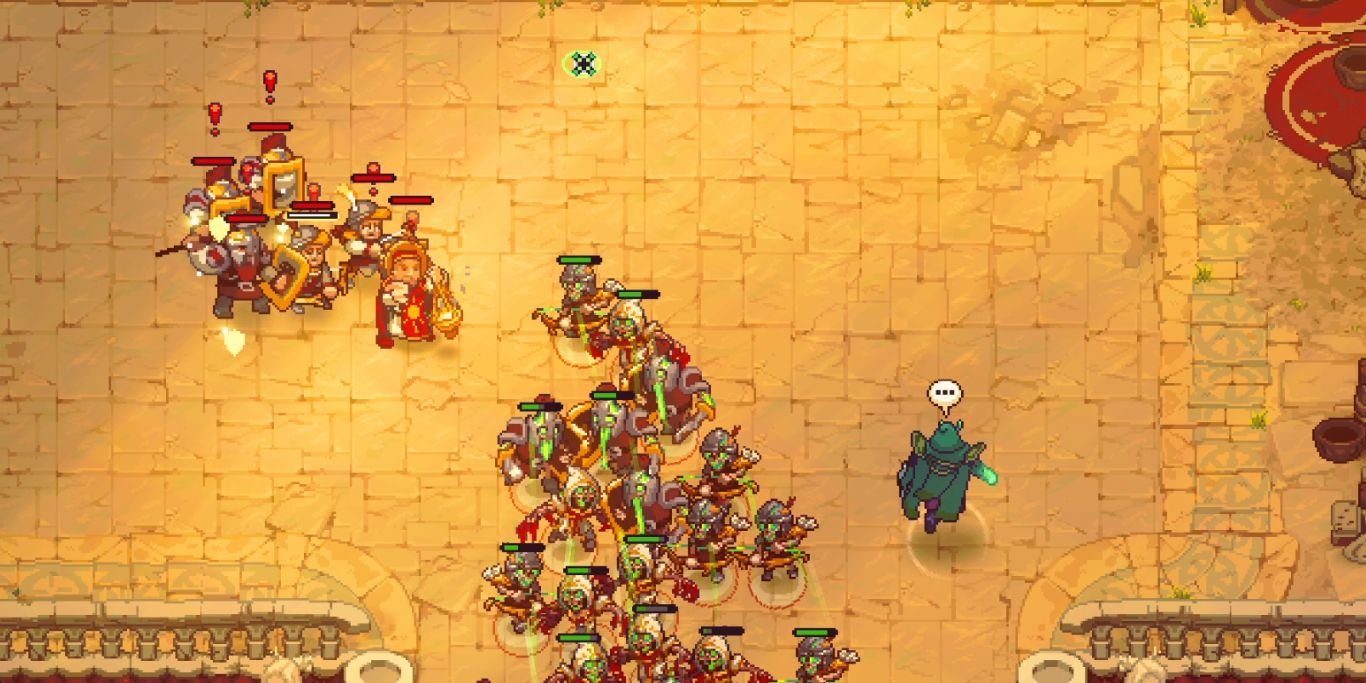 Once you've progressed a decent bit in the area and grown your army, you'll start facing the High Priest. This enemy increases the number of enemies you have to face by one, making it harder for your team to fight them. You might start struggling in this area after you encounter High Priests.

At some point, the next enemy appearance will be a giant called Veteran. At the beginning of Sunspire, you might see a Veteran run into his house and think he's scared, but this enemy is the opposite. They'll jump in your army's back line and force them to get divided instantly.

One good thing about Sunspire is that it doesn't have as many choke points as Caredhwaithian Mires. The hatches are usually placed far from the fight, and it gives you time to get rid of the main group before fighting the flanking enemies. 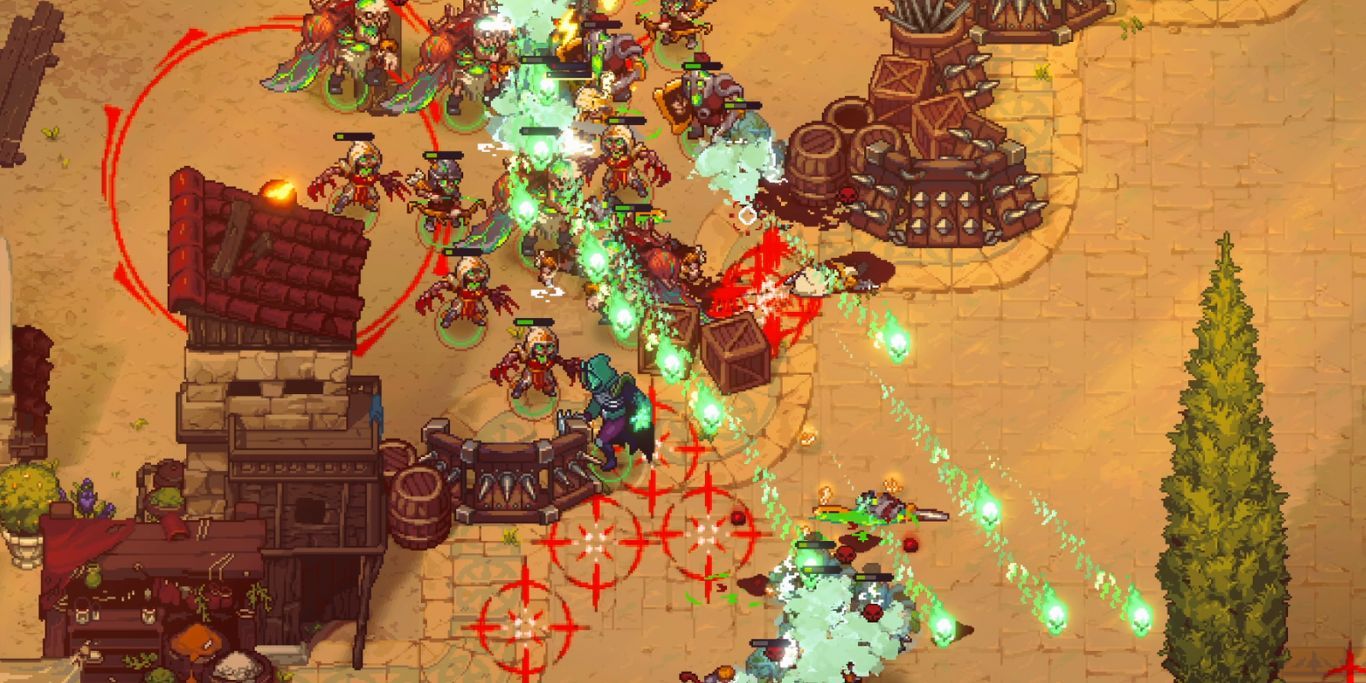 The difficulty skyrockets after you pass the first Wares in Sunspire. Just like every other area, you'll find this shop once in the middle of the area, and then another one just before the final fight. Once you've passed the first one, enemies like Corrupt Hierarch and Paladin will start appearing.

If you have enough gold coins, you can buy different Essence, Lifespark potions, an extra Lifespark slot, and some Arkhe every time you go through Wares. You can also convert Ash into gold coins at the table beside the shop.

Corrupt Hierarch can be lethal for both The Necromancer and the Undead because of his special abilities. On the other hand, Paladins are extremely tanky and the other enemies of the group can kill off a lot of your undead if you focus on the Paladin first.

After defeating enough groups of enemies and going through the second Wares, you'll find a giant battlefield where you'll fight Supreme Hierarch. This battle is a little similar to Ascended Alchemist, but it's much harder.

How To Beat Supreme Hierarch 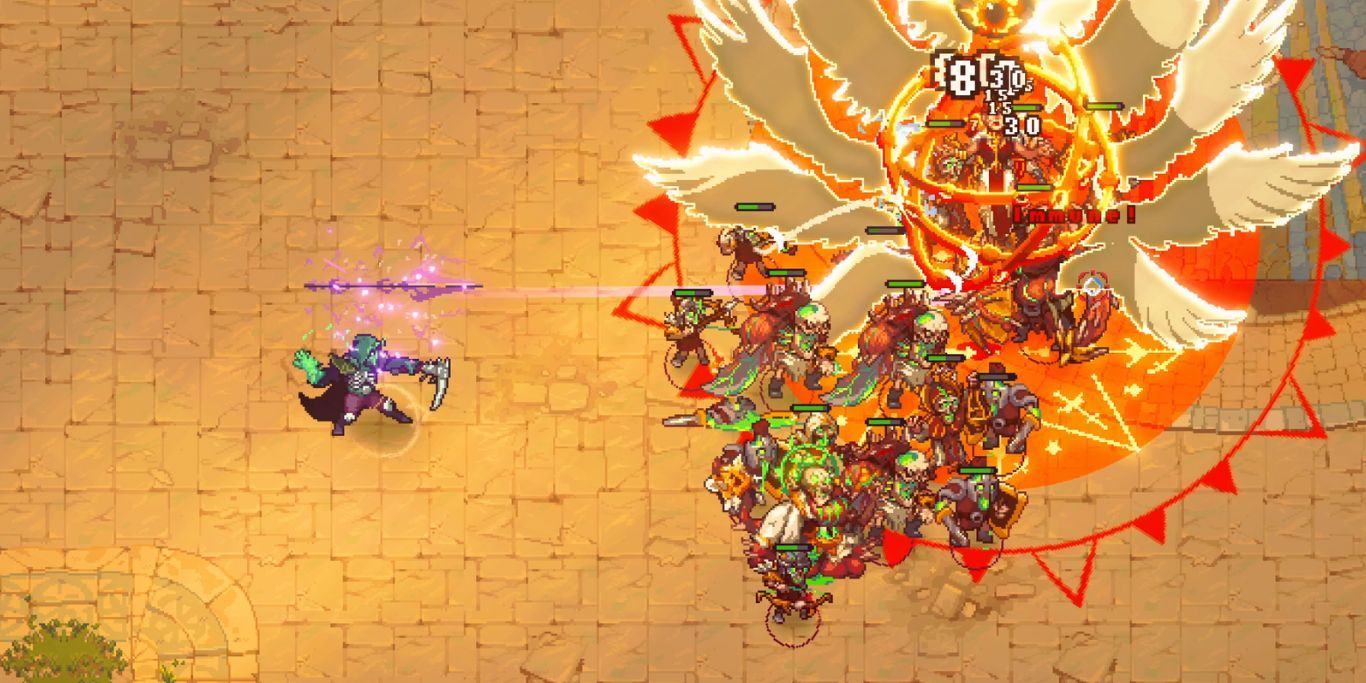 It is recommended to have an army of over 60 undead at the beginning of this battle. There is a lot of AoE damage, and you can't protect your undead from all of it. If you have any number less than 60, you'll have to be much more careful.

In the middle of battle, Supreme Hierarch gains a shield that makes her immune to all damage. Initially, this shield will be there during a certain attack where she charges for a while and then jumps to a different location. Once she finishes this attack, you can start hitting her again.

Just like Ascended Alchemist, there are health thresholds with Supreme Hierarch as well. After losing a certain amount of health, the boss will gain a permanent shield and you'll have to defeat a smaller Hierarch to get rid of it. 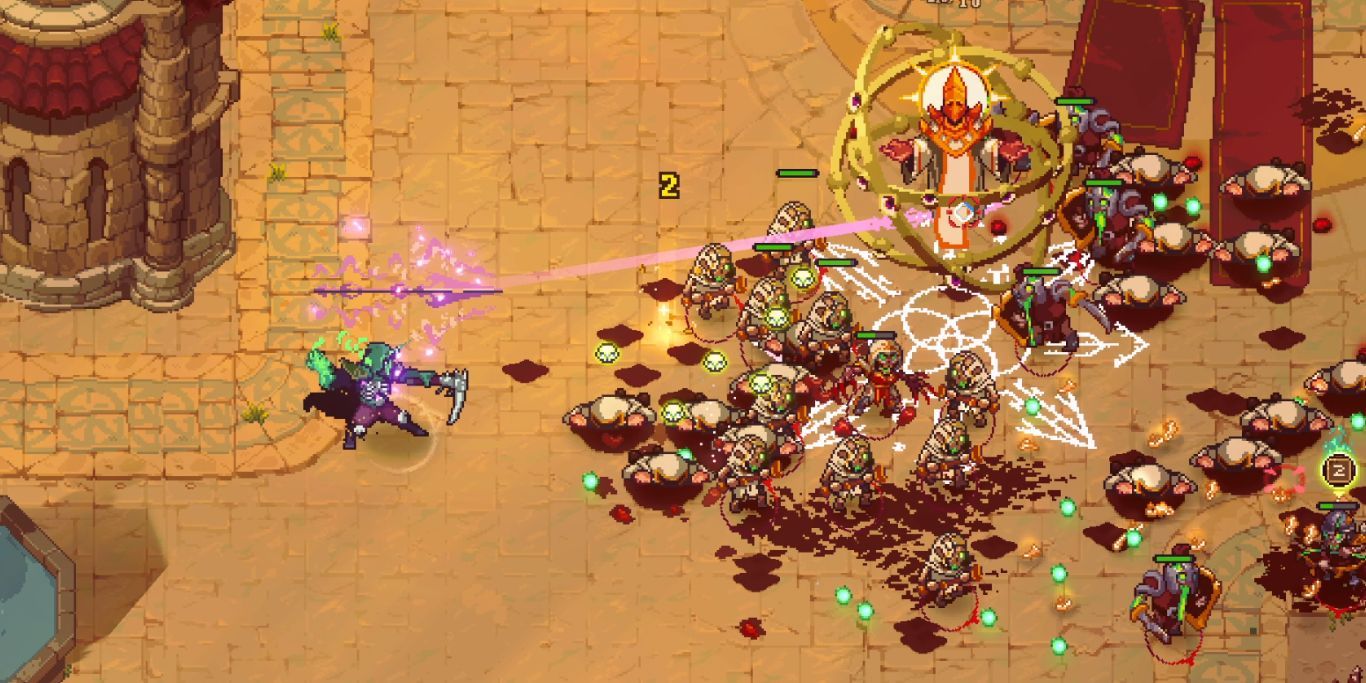 There are three of these smaller Hierarchs around the battlefield, and they're on the northwest, southeast, and southwest side. You have to defeat them in the order mentioned as well. So, when the Supreme Hierarch gets a permanent shield for the first time, you need to defeat the mini-boss in the northwest.

The second time Supreme Hierarch gets a shield, you'll have to defeat both southeast and southwest Hierarch in that order to get rid of it. These Hierarchs will be on the battlefield from the beginning, but you can't defeat them beforehand since they'll also have a shield.

Whenever a Hierarch is ready to be killed, a bunch of wizards will spawn near them. These wizards can also be converted to the undead after being killed, but they won't have any special ability.

During this entire time, you'll also be fighting different Sunspire enemies appearing from hatches and spawned by the Hierarchs. Overall, it'll be a messy battle, but you can keep raising more undead throughout the battle.

Tips For Surviving In Sunspire 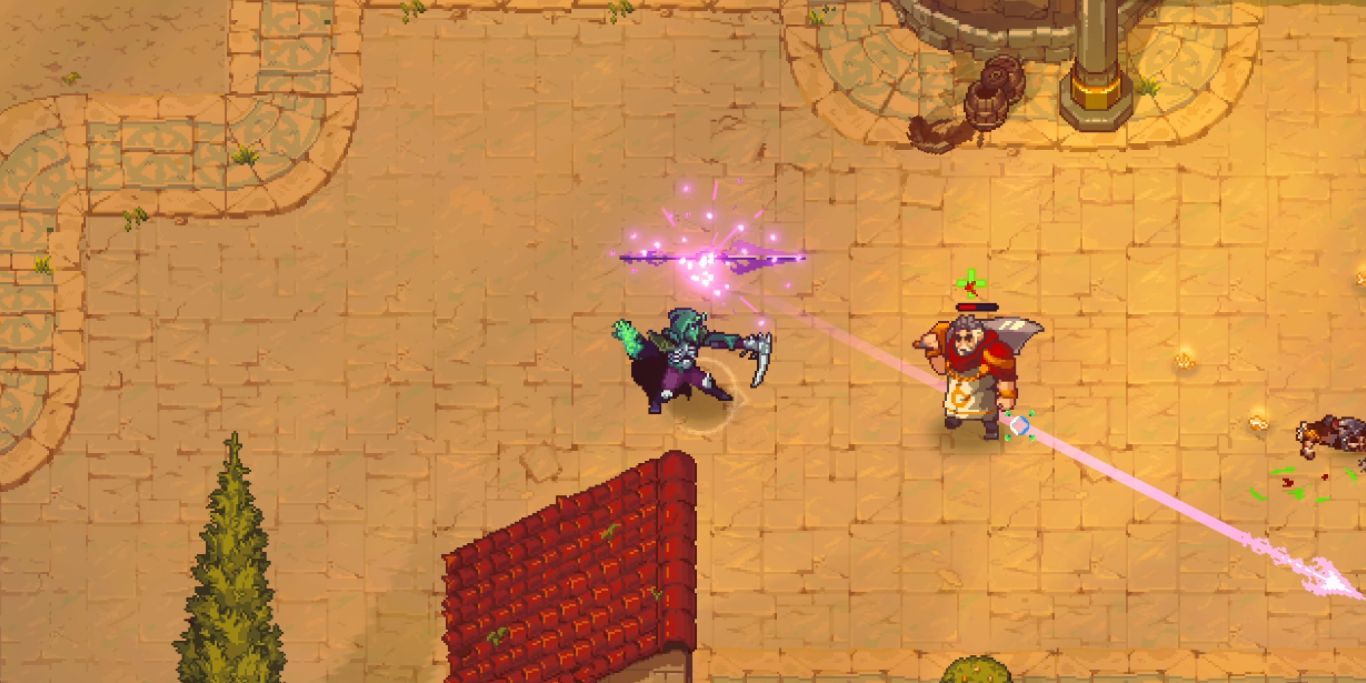 Here are a few tips that will increase your chances of victory in Sunspire: