Even though the first The Witcher 3 DLC Hearts of Stone isn’t as long as the second one, it still offers plenty of challenge to the players. The main storyline forces Geralt to make morally difficult decisions more than once. He also has to take on multiple strong bosses to solve the problem. And if he decides to do so, he can end up fighting an actual devil – or something very similar.

Considering the large amount of content this DLC offers, it’s easy to make more than just one mistake when playing it, especially for the first time. Some of these mistakes are then more common than others. 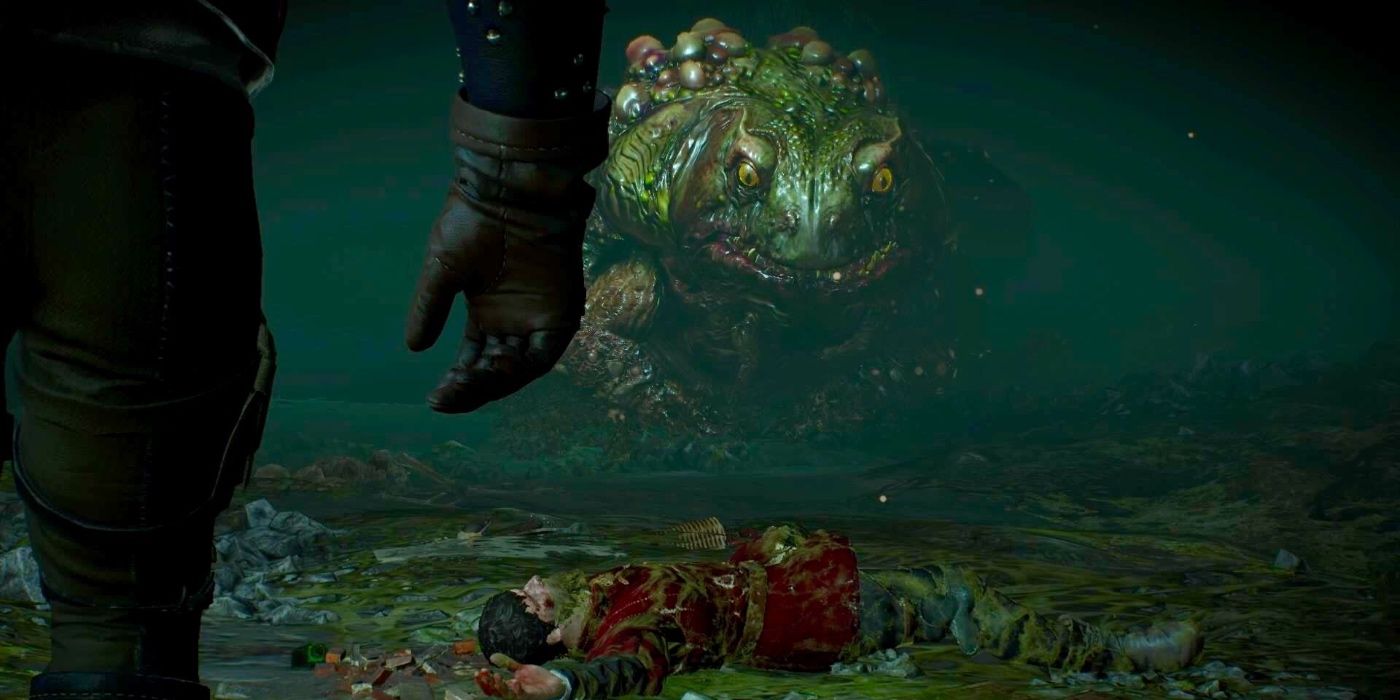 The Toad Prince is one of the most challenging bosses in the entire game. And if Geralt isn’t prepared for the beast, it will cause a lot of trouble. The Toad Prince spits venom at Geralt that temporarily prevents him from moving and damages his health. It also causes shock waves by jumping that can throw Geralt aside. The player should level up before fighting the beast and craft the Golden Oriole which will make Geralt immune to poison for a time.

9 Not Getting To The Right Level 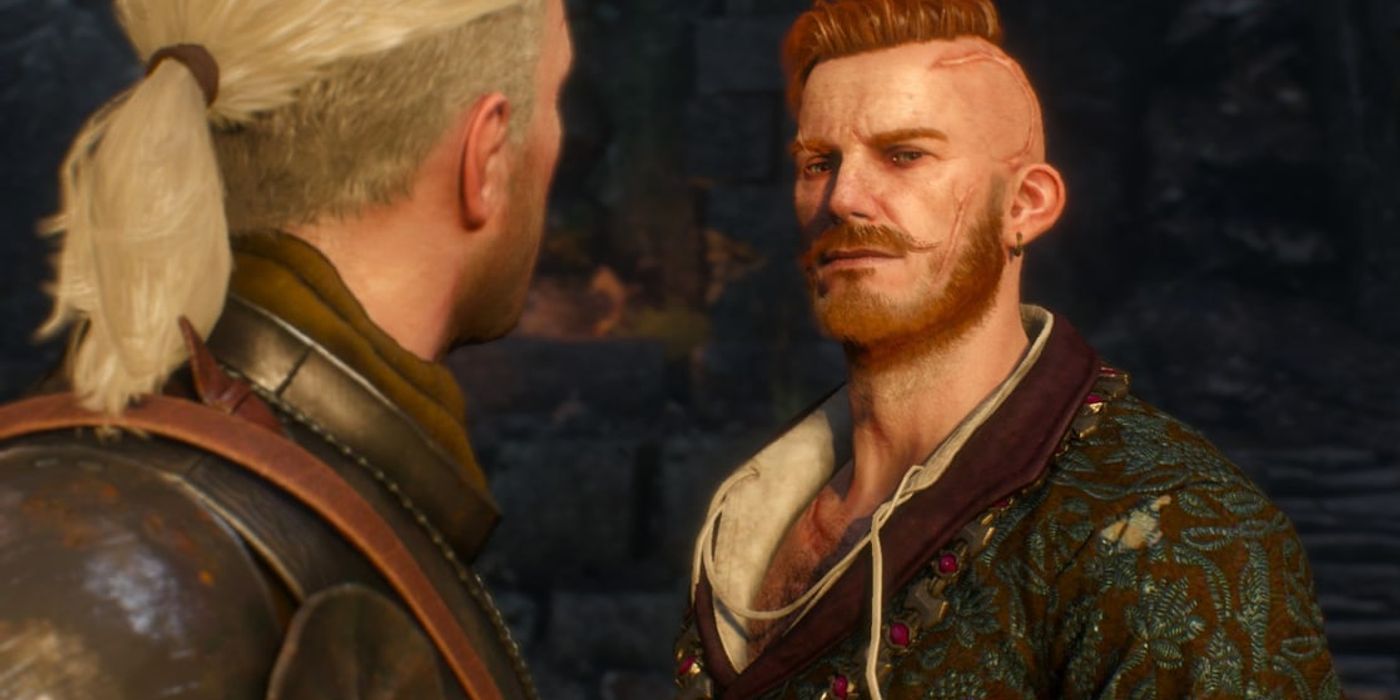 Speaking of proper preparation, just like almost every quest in the base game has a recommended level, so does Hearts of Stone. The players shouldn’t start the DLC until they reach at least the thirtieth level, ideally a bit more. That might seem like too much but if the players previously completed the base game and all side quests as well as witcher contracts, getting to the right level shouldn’t be a problem.

8 Speaking To The Countess After Vesemir Dies 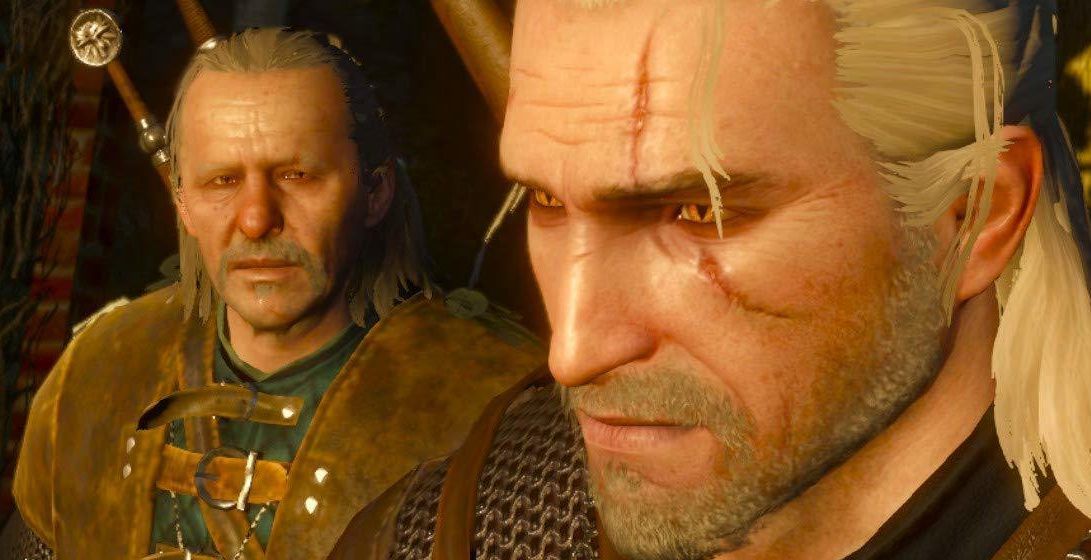 However, there’s one important reason why it’s a good idea to do at least a part of Hearts of Stone before the player fights the Wild Hunt at Kaer Morhen. During the auction at the Borsodi Auction House, Geralt will meet Countess Mignole, Vesemir’s former lover who never stopped loving the old witcher. If Vesemir is dead by this point, Geralt will tell the sad news to the Countess and it will hurt her. But if Geralt does this quest before the battle, the Countess will be pleased to hear Vesemir’s doing alright. What’s more, Geralt can then return to Kaer Morhen and talk to Vesemir about meeting the Countess. 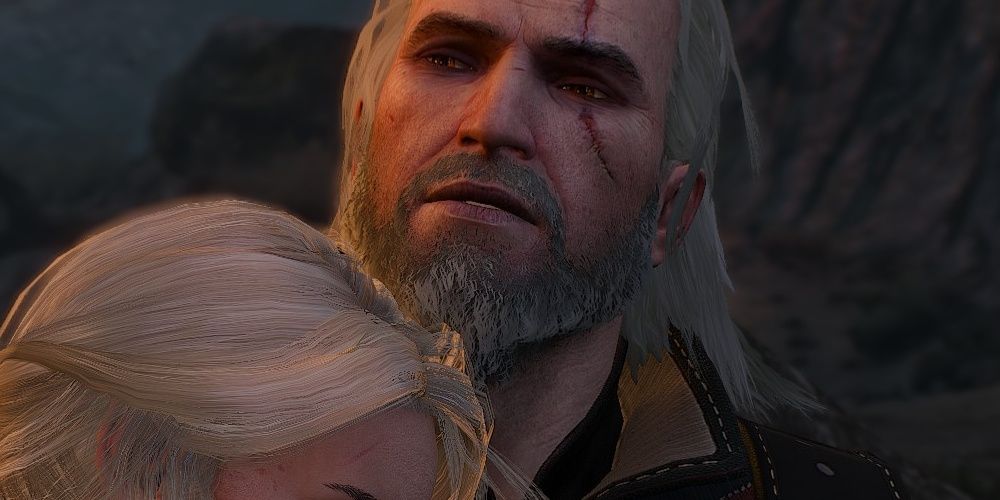 As will all the players know, Geralt spends a significant part of the base game looking for Ciri – only to find that she’s on the Isle of Mists. But if Geralt decides to solve Olgierd von Everec’s wishes before he goes to the Isle of Mists and if he sides with Gaunter O’Dimm in the DLC’s finale, he can actually ask Gaunter to reward him by saying where Ciri is.

That leads to a unique line of dialogue that most players will miss. What’s more, Gaunter will also warn Geralt what not to do once he gets Ciri back and tells Geralt how to prevent Ciri from dying when she later goes to fight the White Frost.

6 Not Showing His Scar To Yennefer/Triss/Ciri 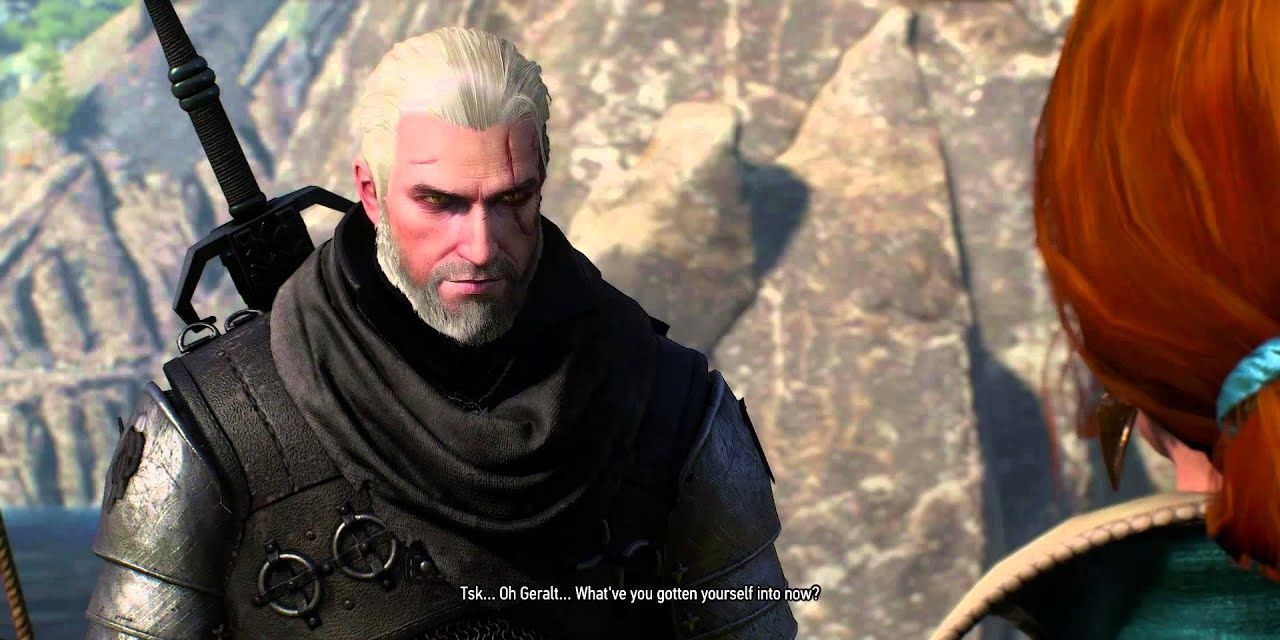 Another reason why the player might want to start Hearts of Stone before finishing the base game is Geralt’s scar – or, more precisely, the mark Gaunter O’Dimm makes on his face to remind Geralt of their pact. If Geralt goes to back to Triss or Yennefer, he can ask them about the mark. Both of them will be concerned about it, but won’t be able to help him. And if Geralt found Ciri by this point, they can also talk about the mark and Ciri will reveal a bit more about her own scars. Finally, if the player starts Blood and Wine before Geralt gets rid of the mark, Geralt’s good vampire friend Regis will also comment on the mark on Geralt’s face.

5 Not Putting Together The Concealment Kit

It’s a small detail but a funny one nonetheless – and plenty of players miss it. Geralt has the chance to craft the so-called ‘Concealment Kit’ in Hearts of Stone. To do that, he first has to buy the Professor’s glasses during the auction. He then has to go to the stage where he shot at the elf (at Eveline Gallo’s request), and he will find the diagram for the kit underneath the stage’s stairs. Finally, Geralt has to get the ears from the dwarves at the wedding where he goes with Shani. The Concealment Kit looks hilarious, and while it doesn’t fulfill its supposed function – helping Geralt blend in with the crowd – it would still be a shame to miss out on it.

4 Not Meeting The Runewright 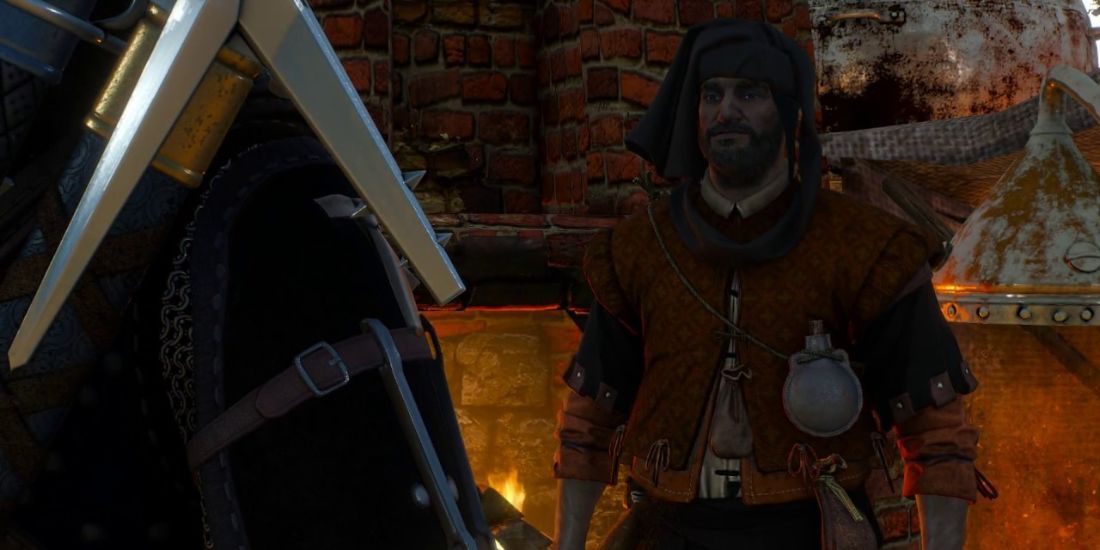 Before Geralt takes on the many enemies and monsters he faces in Hearts of Stone, he should find the time to invest some money into a new enterprise. He can find the notice for this side quest at the notice board near the Seven Cats Inn.

To complete the quest, Geralt will need thousands of crowns but the result will be well worth it since the complex runes that Geralt can buy after this quest is finished will make Geralt a much stronger fighter. 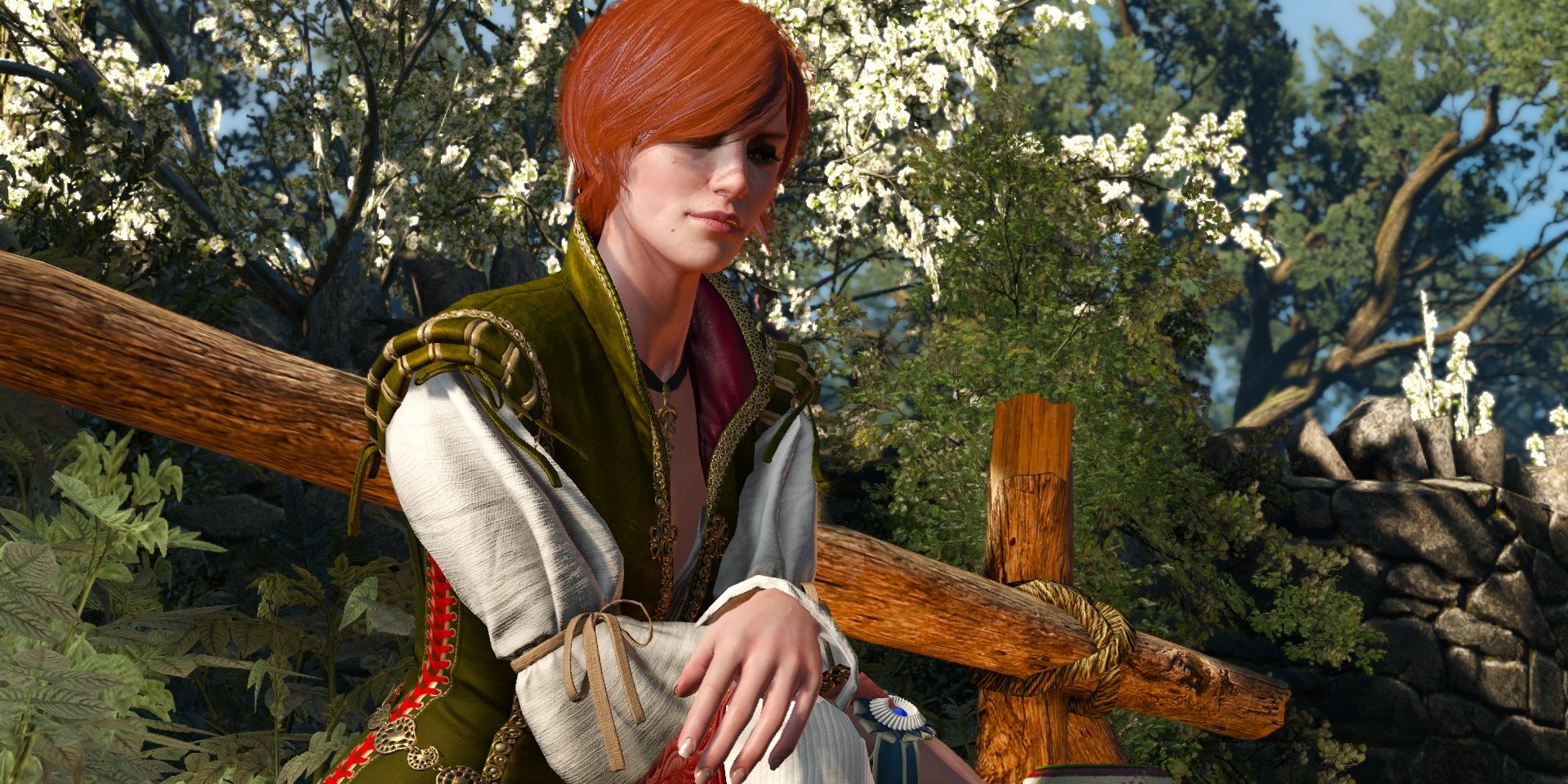 One of the more optimistic quests of the Heart of Stone happens when Geralt has a date with Shani at her friend’s wedding. And even though he shares his body with a ghost, he still has a nice time. But Shani becomes sad when Geralt is about to leave. If Geralt wants to cheer her up, he can either bring her flowers or alcohol. If he chooses the latter, he’s in for an unexpected surprise, and not a pleasant one. So it’s better to learn more about Shani’s taste and get her the flowers she likes.

2 Taking The Rose From Iris 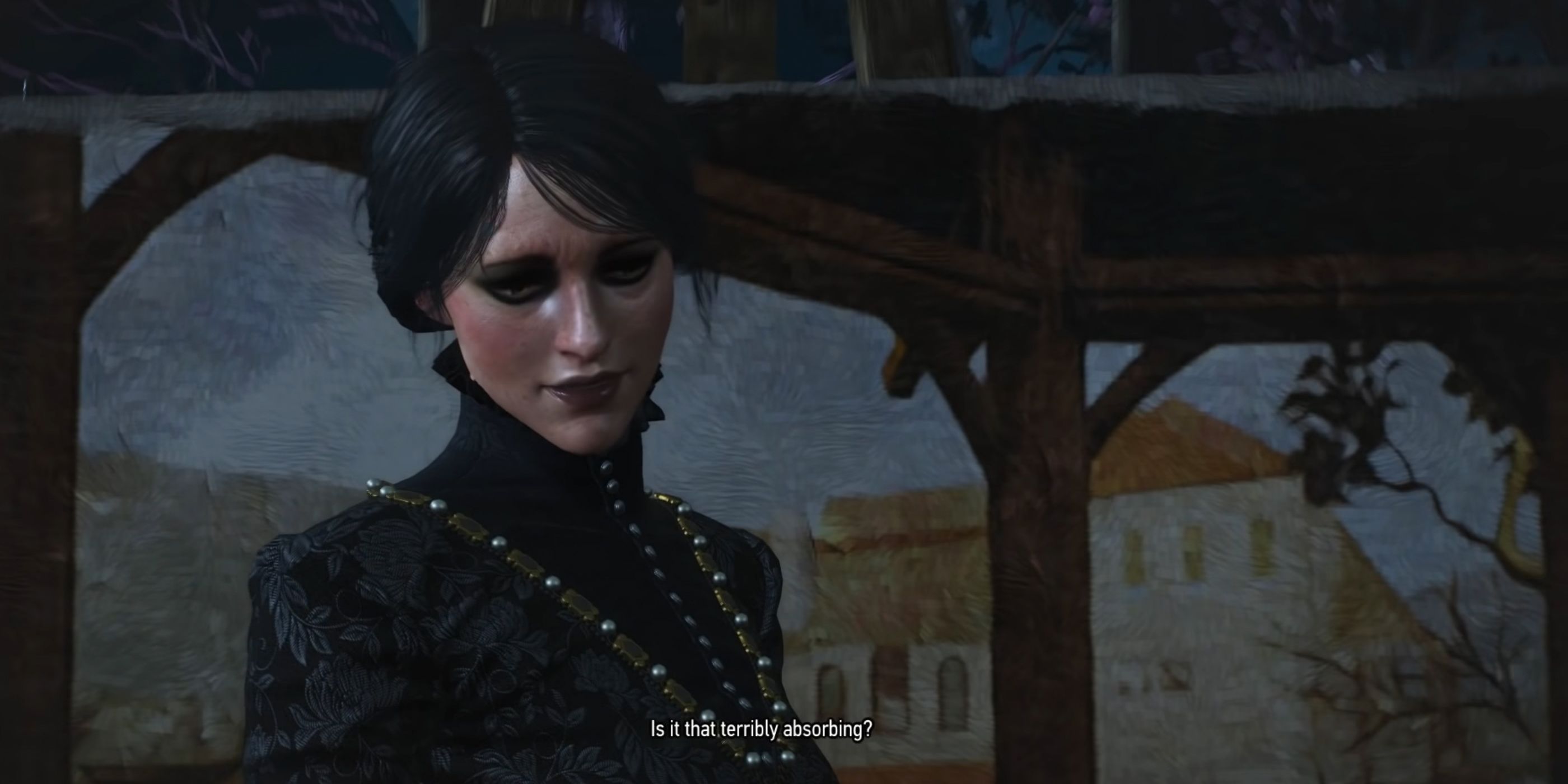 The third wish Olgierd von Everec has is to get back the rose he gave to his wife Iris. Geralt learns that Iris is dead and travels into the painted world she created. He talks to Iris and realizes that if he takes the rose, it will mean that Iris will disappear. However, he has the option to bring Olgierd a painting of him and Iris instead – in which Iris is holding the rose. If he does that, Iris will continue to live in the world she created and she’ll know that her husband never stopped thinking of her. 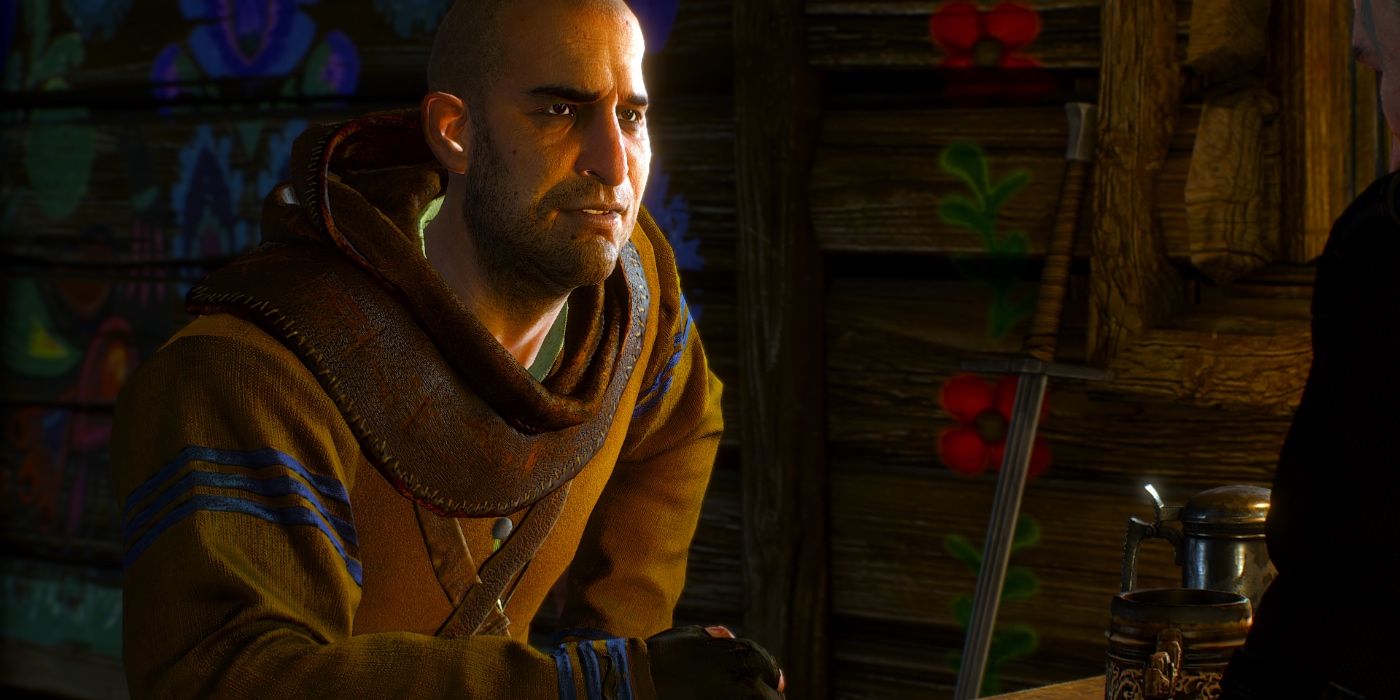 At the end of the Hearts of Stone, Geralt can either choose to help Olgierd or he can side with Gaunter O’Dimm. If he sides with Gaunter, Olgierd will die and Gaunter will then offer Geralt a reward of his choosing. Siding with Gaunter is something many players tried at least once, but considering his past actions and the ways he tortures people, it’s far more satisfying to trick him and banish him from the Earth.

NEXT: The Witcher 3: 10 Hilarious Hearts Of Stone Memes 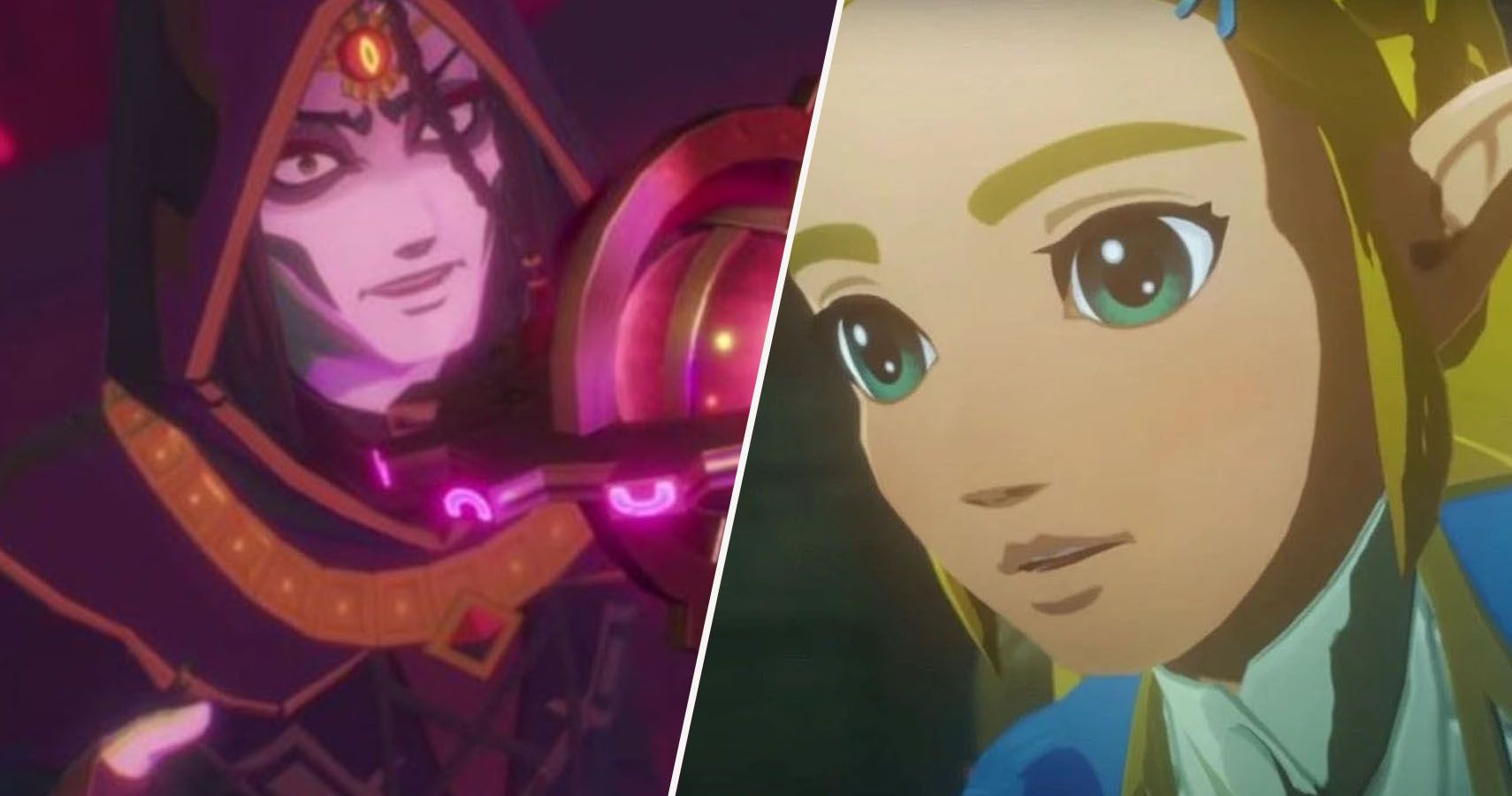