Towards the end of The Witcher 3’s second Act, Geralt, after hours of searching around Velen, Novigrad, and Skellige, finally learns Ciri’s location. He then sets out for a mysterious island to find her. The quest is called “Isle of the Mists,” and it’s one of the most significant in the game.

As Geralt only has to pick up Ciri from a mostly deserted island, it sounds easy. Yet unfortunately for the Witcher, there are complications, and he has to do several things before he’s able to see his adoptive daughter again. This guide covers exactly what you need to do and how to do it. 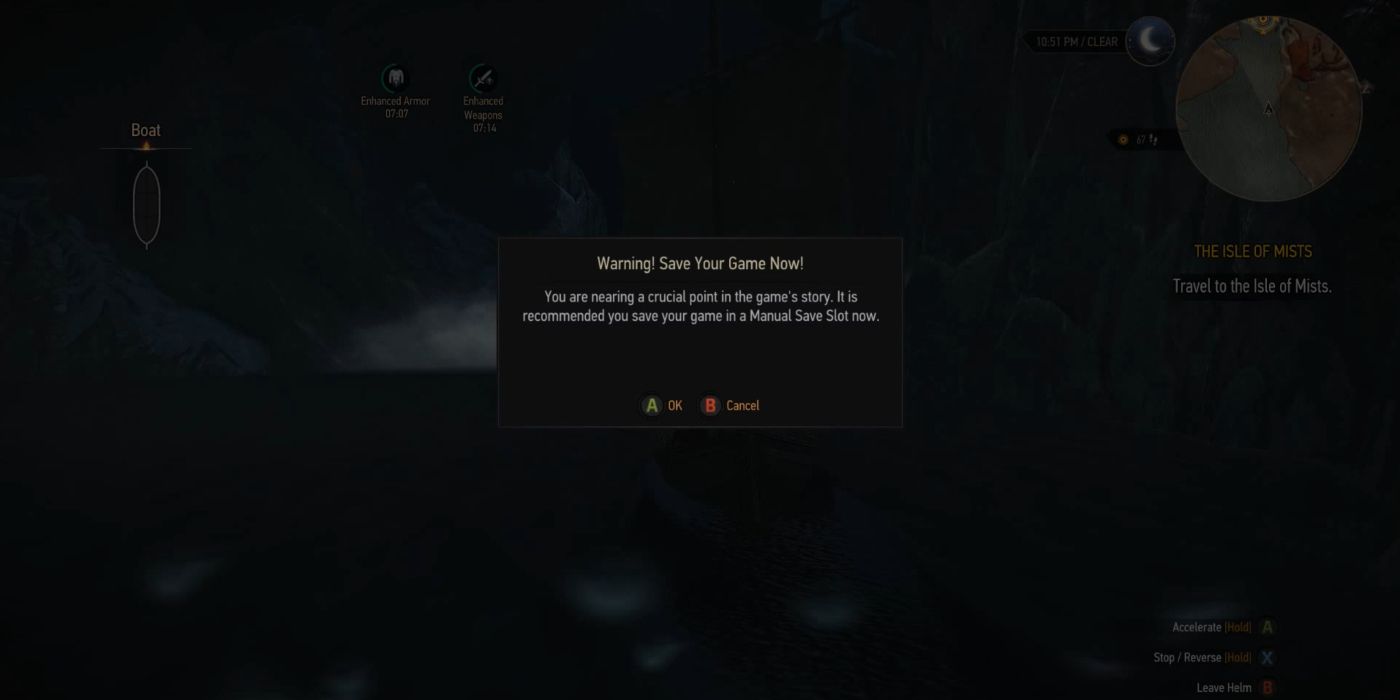 There are some things you should know before beginning the quest. For starters, it serves as a light point-of-no-return, meaning certain questlines will automatically fail once you get to the island. Some of which you don’t want to miss, here are several of the main ones:

Side-quests that involve major characters tend to be the only ones that fail. But if you don’t want to miss out on anything, there’s a nice trick you can do.

When heading to the island, the game will prompt you to save, do so and continue onwards. The game will then inform you of the quests you failed, take note of which ones, and reload your save so you can complete them.

You should also be aware that you won’t be able to free roam for a while after starting this quest. Instead, you’ll be forced to continue the main story. However, your roaming privileges will be restored before the end of the game.

Getting To The Isle 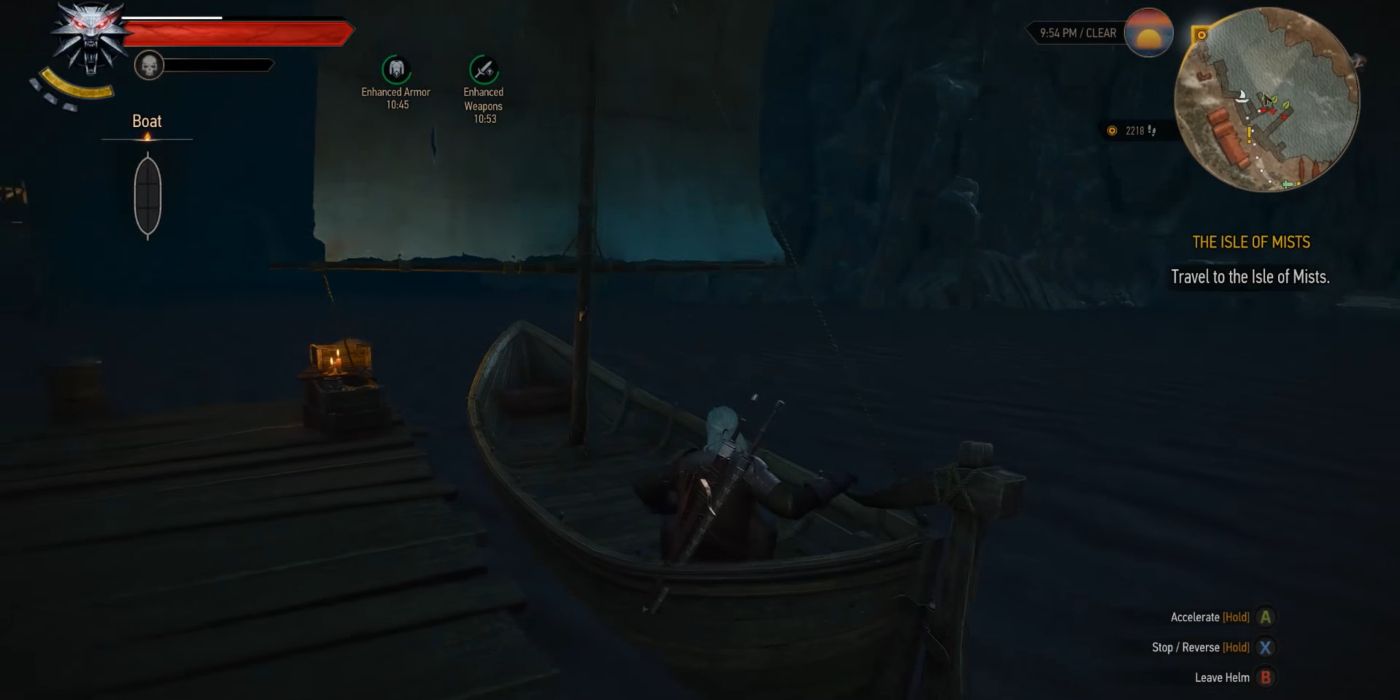 The Isle of Mists is only accessible from the seas in Skellige. So, you need to grab a boat from the Kaer Trolde harbor and head southeast.

However, if you’re not in the mood for traversing the sea, you can always fast travel to a closer harbor (while in the boat). 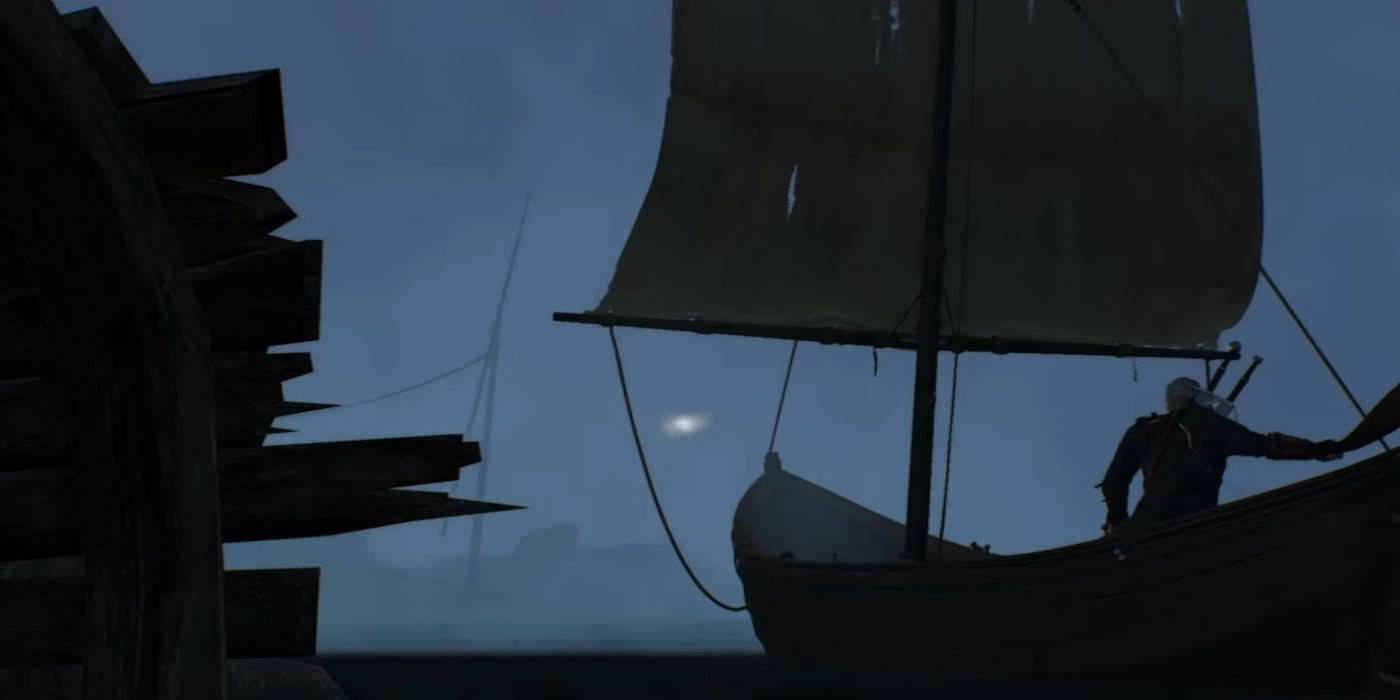 Once you’re close to the isle, Geralt will release the magic firefly he got from Avallac’h, and you’ll need to follow it. Keeping up with the glowing item isn’t difficult as it’s not fast, plus it doesn’t leave you behind. Yet, it’s still not a gentle boat ride as some exhidna attack you during the journey. Thankfully, a few crossbow bolts will sort them out.

After a short ride, you’ll end up on shore, and the firefly will still be guiding you. While on foot, you may need to fight a few monsters, but they’re not the game’s most powerful ones, so you should be fine. Eventually, the firefly will lead you to a hut.

Looking For The Dwarves 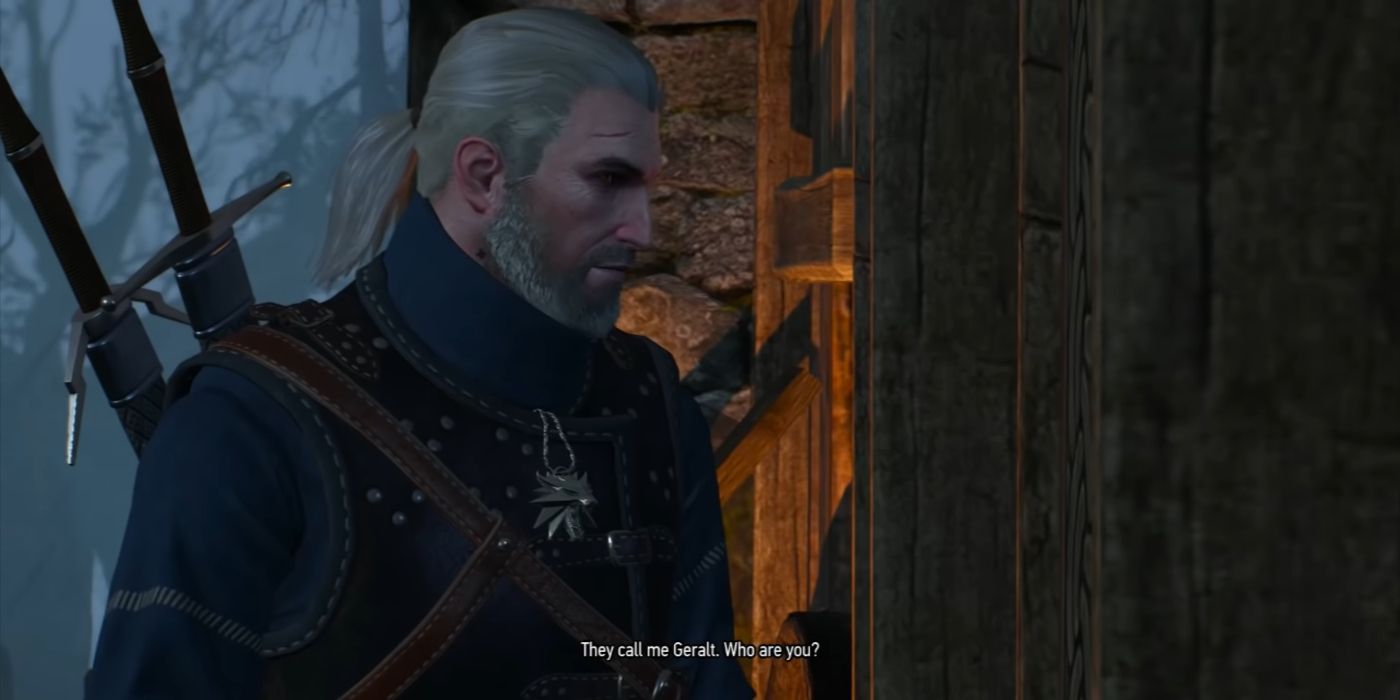 Inside the hut is a group of dwarves who refuse to open the door for Geralt. Even if your version of the character is pure evil, the Witcher still agrees to help locate their lost friends. All three of their locations are marked on the map, and you can find them in any order. 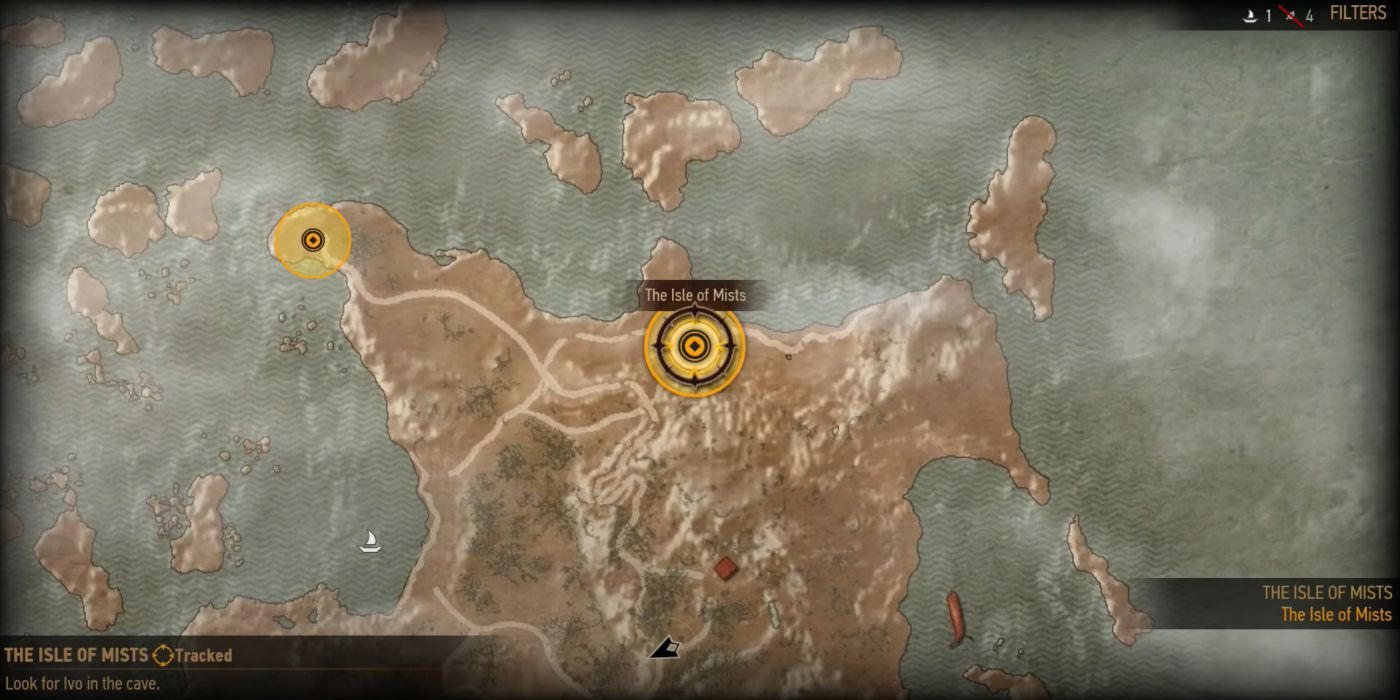 To get to Ivo, you need to head to the northern part of the island. Along the way, you may encounter some pesky harpies, and when you get to the indicator, you’ll be greeted by some bilge hags.

These creatures are simply variants of the water hag, so you’ve likely faced them plenty of times by this point in the game. Once you’ve defeated the horrifying enemies, Ivo will show his face shortly before falling off a cliff and dying. 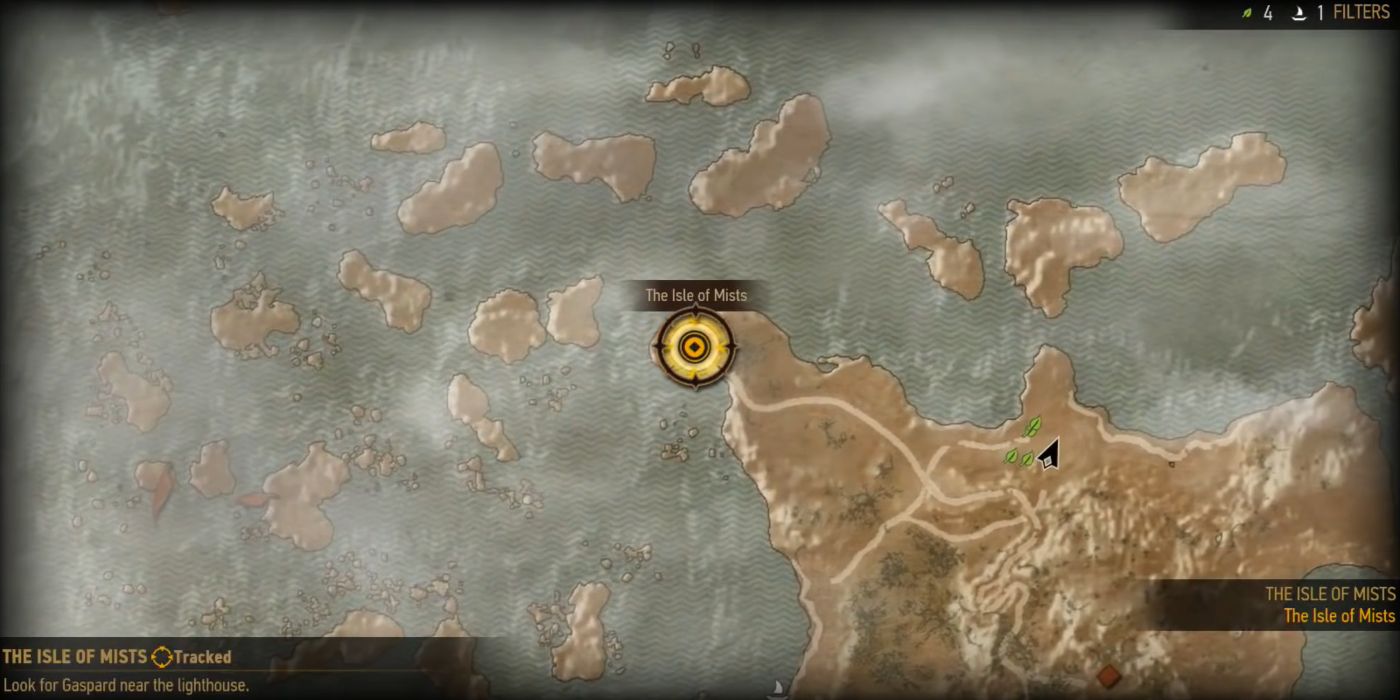 Gaspard is also in the island’s northern area, at the top of a lighthouse. To climb the large structure, you have to use the ladders inside. When you’ve reached the dwarf, they’ll be a short conversation; then he’ll be ready to follow you.

You need to guide him back to the hut, but it’s not as simple as it sounds. Gaspard suffers from narcolepsy, which means he occasionally falls asleep randomly, and you have to wake him up. Plus, there are foglets and sometimes harpies blocking your path.

It’s worth noting that while guiding him back, you can also go to find Ivo and Ferenc if you please. It doesn’t really change things, except it might make the quest quicker depending on the route you’ve taken. 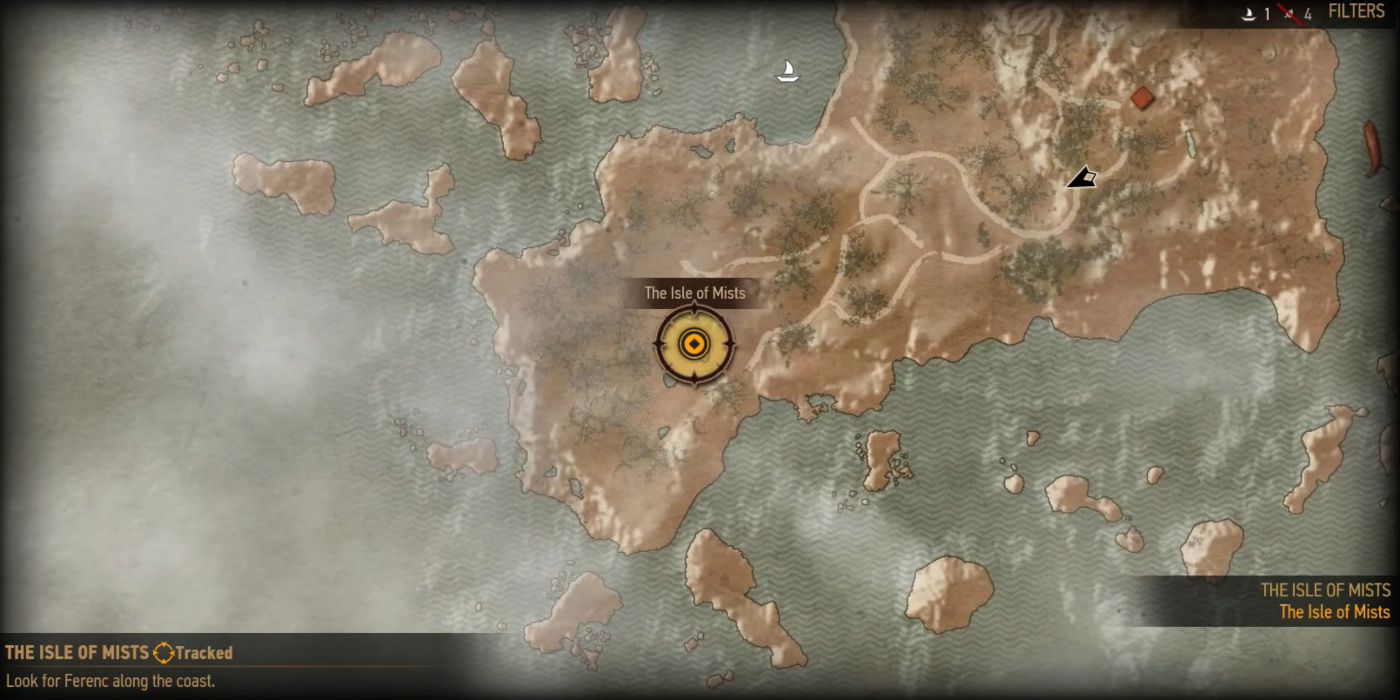 Unlike the other two, Ferenc is on the west side of the island. The path to the dwarf is often treacherous as plenty of foglets seem to like that spot. Killing them is not imperative to the quest; therefore, it’s up to you whether you want to fight them or flee.

The important thing is getting to Ferenc’s location. Although, you’ll probably wish you hadn’t once you arrive as waiting at the marker is a Fiend. These giant monsters are not far from the most difficult enemies in the game. Make use of dodging and the Igni sign to put an end to the beast. After the fight, examine the poor dwarf’s corpse.

End Of The Quest 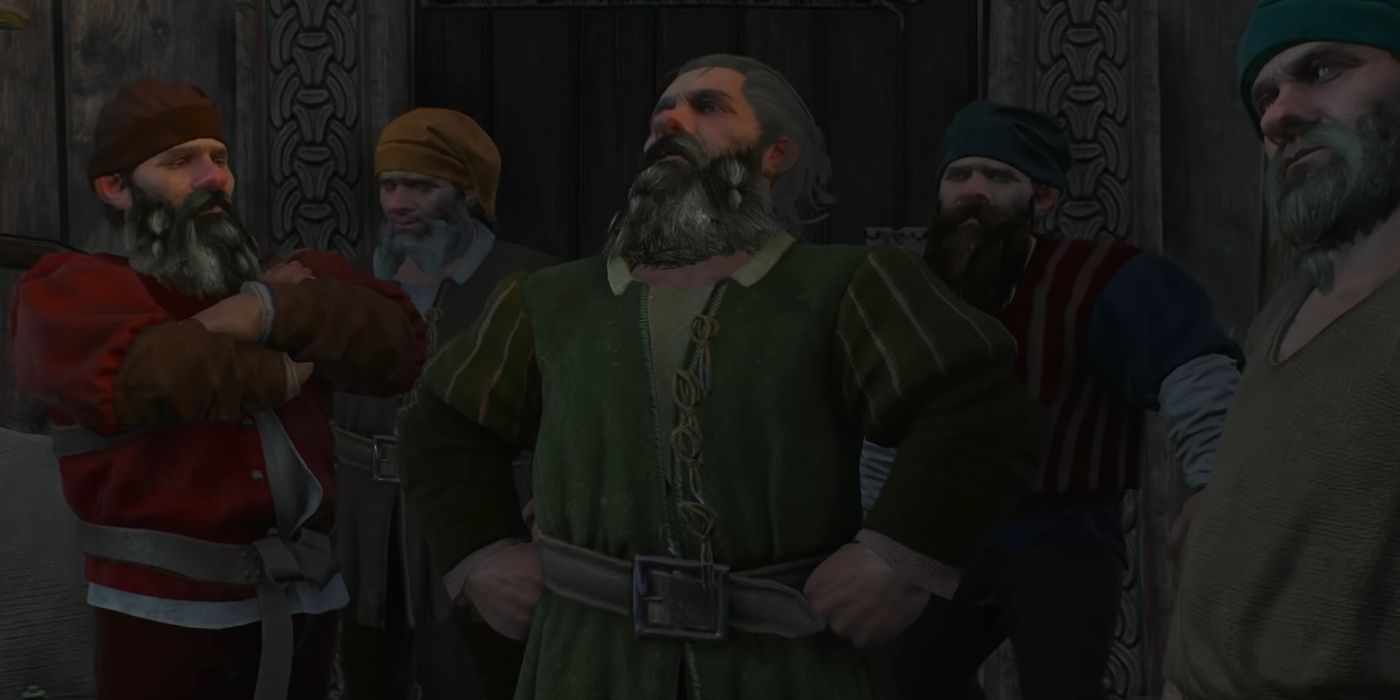 Once you’re back at the hut with all three dwarves accounted for, the gameplay portion of the quest is at its end. What comes next is a compelling set of cutscenes and conversations that give you a lot more insight into Ciri’s story. To avoid spoilers, we won’t go into exactly what happens, but after those moments conclude, so does the quest.

Next: The Witcher 3: A Complete Guide To The Little Red Quest 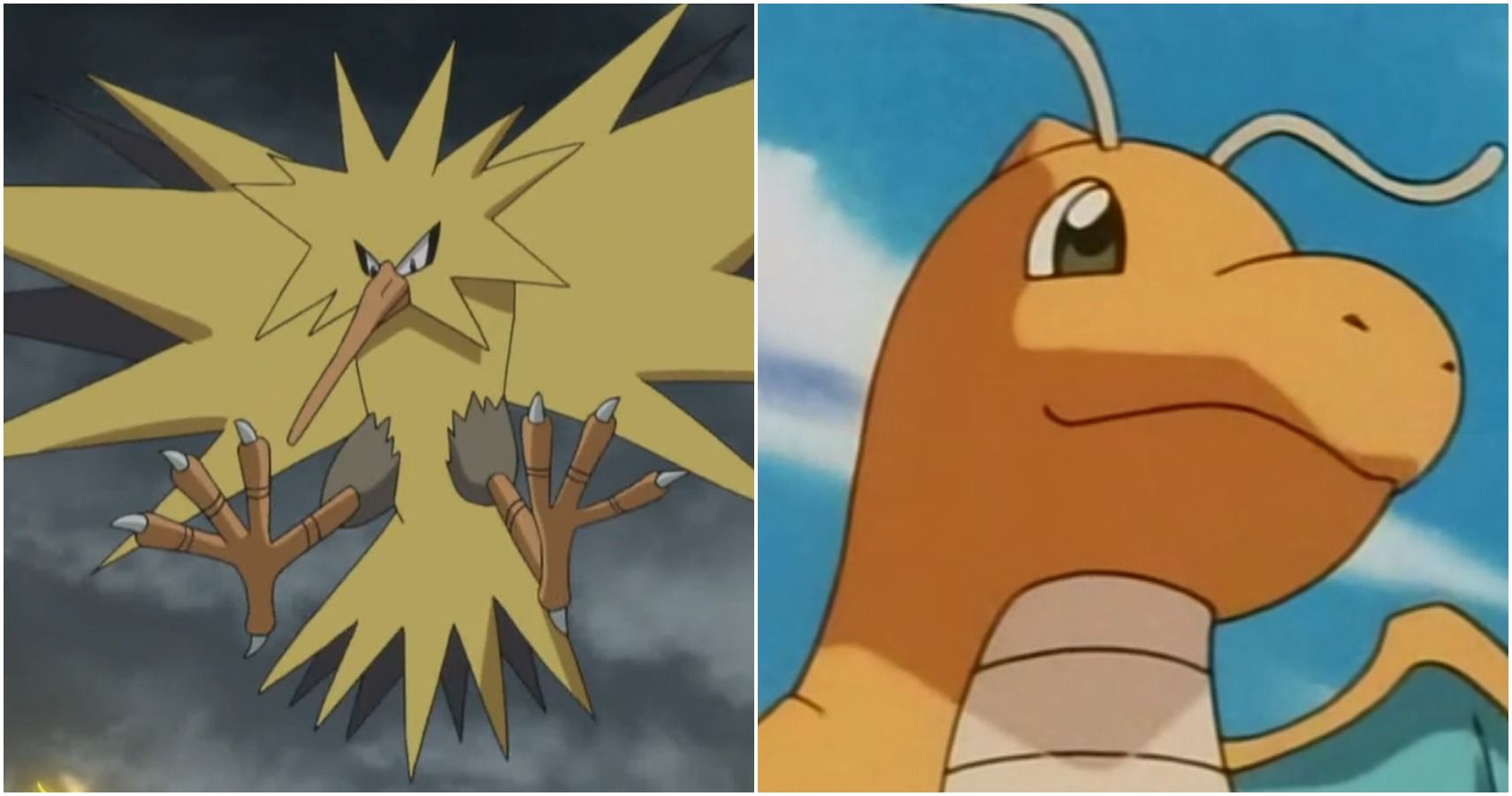