If you’re done with The Witcher 3: Wild Hunt but need more of Geralt’s adventures in your life, the DLCs are the next logical step. Although Hearts of Stone features an extremely interesting questline, it doesn’t add a completely new, stunning map the way Blood and Wine does. The DLC is also not as grim as the main game and is the first DLC – although it features its share of darkness – that tends to be lighter and funnier. Regardless of whether you’ve played it before or not, knowing how to get any of the available endings to the main quest in the expansion will save you the potential headache of having something go wrong due to a seemingly irrelevant decision.

In Blood and Wine, Geralt finds himself in the Duchy of Toussaint, untouched by war (which already makes it a breath of fresh air!). Here, he will work for the Duchess Anna Henrietta to explore murders of her knights that reek of paranormal influences – but also of ulterior motives. (Spoilers for Blood and Wine following.) After learning that the murders are committed by the vampire Detlaff on account of his ex-lover who he hopes to get back together with, Geralt learns she is actually Sylvia Anna (or Syanna to a select few), the banished older sister of Anna Henrietta. The potential endings all revolve around the fate of the two sisters with a complicated past.

Each of the endings begins with the quest The Night of the Long Fangs, when Detlaff attacks the city with an army of vampires and related monsters. Your choices from here on shape the ending in pretty significant ways. Let’s go through all the possibilities. 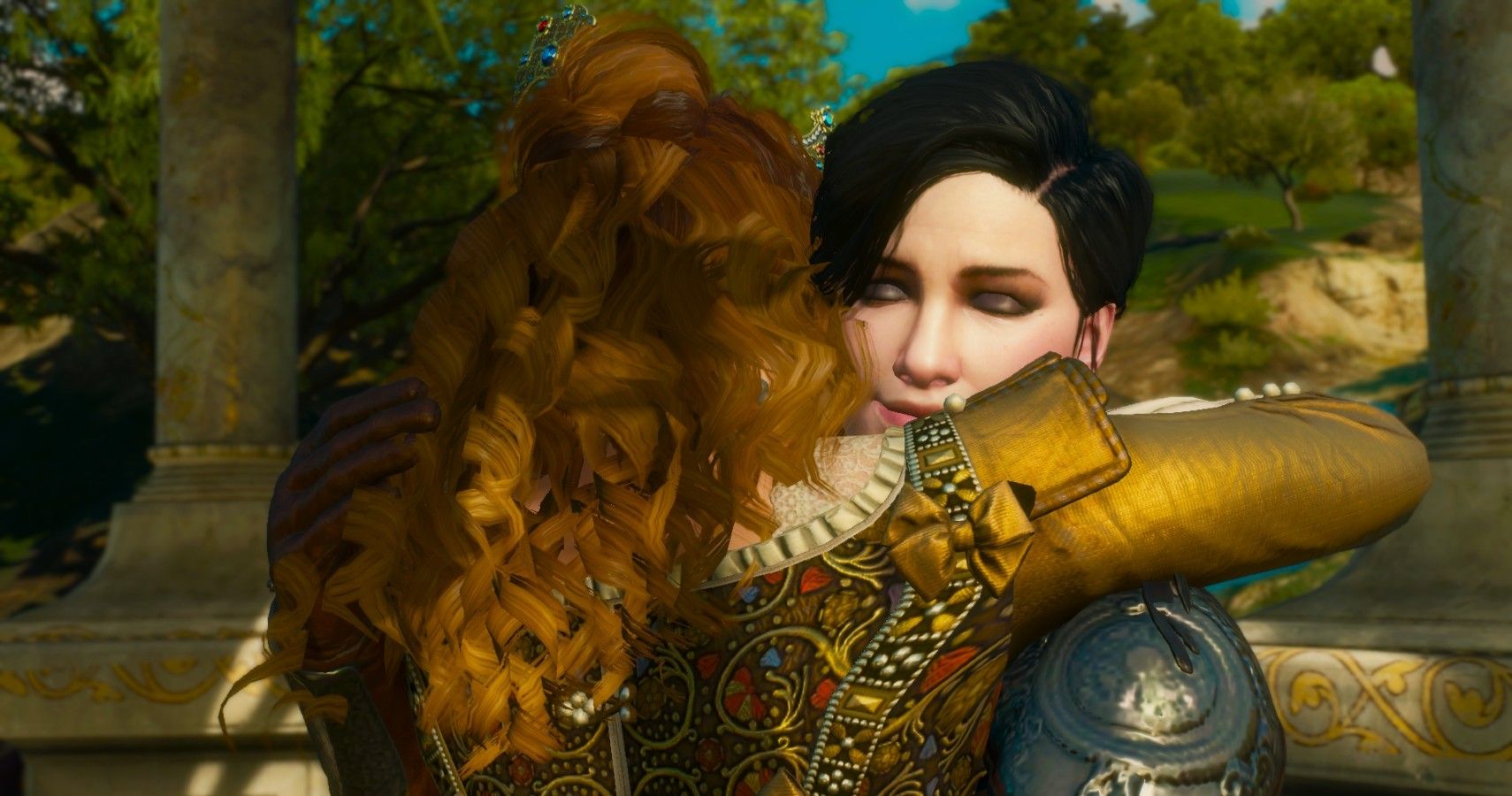 Considered the “good” ending, it sees the sisters reunited after years, and working on forgiving each other. To get this ending, you must choose to follow Syanna in The Night of the Long Fangs. Once you get to Syanna’s playroom in Beauclair Palace, make sure you read all of her journal entries as this will open up the necessary lines of dialogue later.

The next quest will be Beyond Hill and Dale. It takes place in a powerful illusion, and you must follow the yellow brick road to find Syanna. While you explore this stunning map, do not forget to take the ribbon from the Little Flint Girl – you can either buy it off her or play Gwent for it.

The third major decision is speaking to Syanna before the start of the ceremony during Pomp and Strange Circumstance. The following dialogue options are the ones you need to pick for this ending:

Your next step is finding Damien and telling him Syanna was going to kill him. Then, speak to Anna Henrietta, tell her about her sister and that she’s “clearly guilty,” but stress that they were both children when it happened. This leads to the two reconciling. 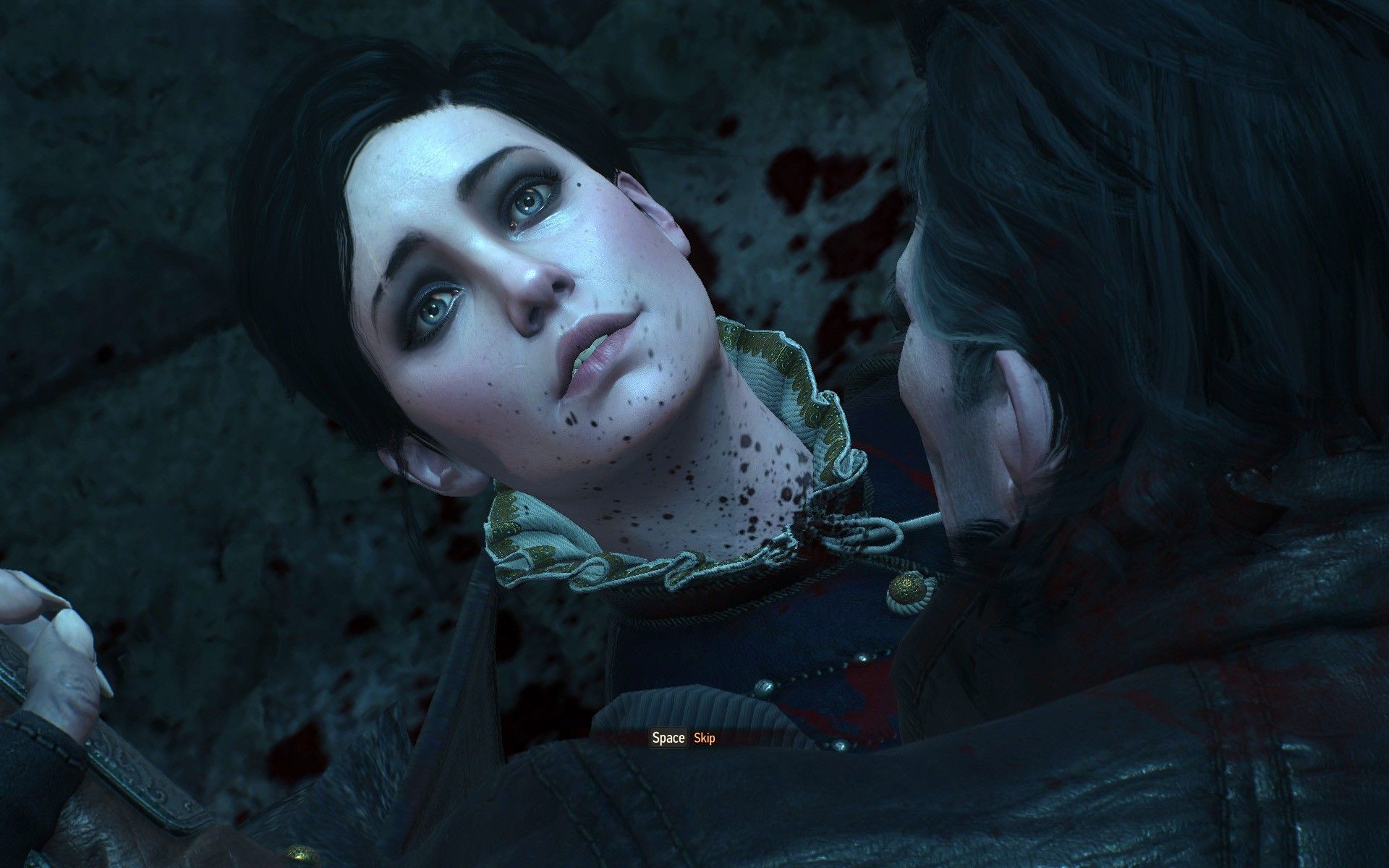 This may be either the neutral or the bad ending (in which case the next ending is downright tragic), depending on how dear Syanna is to you. In The Night of the Long Fangs, follow Syanna, but do not get the ribbon in Beyond Hill and Dale. This will get Syanna killed in Tesham Mutna by Detlaff, and she and Henrietta won’t get a chance to even see each other. However, this will get you thrown in jail, and you won’t get the Pomp and Strange Circumstance quest – instead, you’ll go to the Burlap is the New Stripe quest. Don’t worry, Dandelion will rescue you. 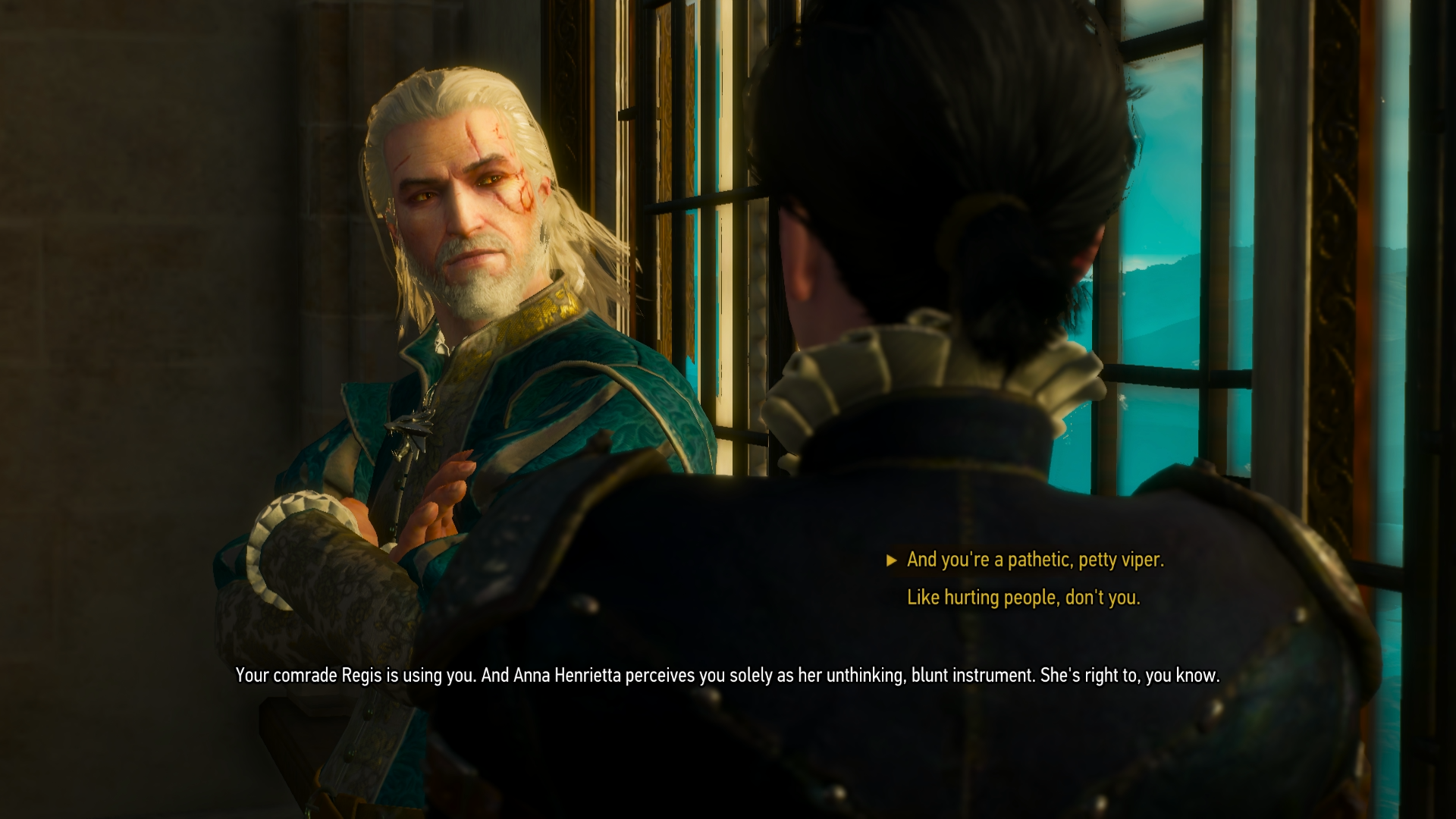 Regardless of whether you consider this ending merely bad or actually tragic, the path to it is pretty straightforward: show no mercy, sympathy, or understanding. Regardless of whether you follow Orianna or Syanna during The Night of the Long Fangs, you will have the option of visiting Syanna in the tower and speaking to her harshly (if you do the Beyond Hill and Dale quest, obtain her ribbon, to keep Detlaff from murdering her in Tesham Mutna). You can also choose the ice-cold option of not talking to her at all. During the ceremony, Syanna will kill Anna during her act of mercy, so Damien will kill Syanna with a bolt to the throat.