We've found out more about Elden Ring with each passing day since its release. Last week we honoured the heroes and scholars who mastered the game and found hidden knowledge, today we take a look at some other ways that players have decided to help out – and screw over – their fellow Tarnished. Surprisingly, the first helping hand comes from the developers.

FromSoftware Adds Tutorial To Help You Find The Tutorial

It's not like FromSoftware to actually help the player learn how to play the game, or even tell them what the hell is going on. So, a lot of people were surprised when the devs added a tutorial section called the Cave of Knowledge at the start of Elden Ring. However, in perfect FromSoftware manner, they made it in a way that could be easily missed by players.

So many players missed it in fact that the devs eventually gave in and added a tutorial pop-up pointing players to the cave. "Jump down the hole ahead, and you will find the Cave of Knowledge," says the prompt. "There, you can learn more about game controls and basic actions, as well as other tips that may be helpful during your adventures in the Lands Between." Forbidden knowledge is one thing, but some forbidden items in Elden Ring are enough to get you a six-month ban. Last month, dataminers happened across an item which was in the game's code, but removed from the front end. The item in question was called Deathbed Smalls, and was essentially Fia's underwear. However, bringing it into the game and using it would get you banned.

Fast forward a month and a player called Pantsu Dealer has been invading people's games and dropping the item into their world. Should the player unwittingly interact with it, they're slapped with a six-month ban. Unfortunately, Bandai Namco customer service has told people that the only way to deal with it is to reinstall the game and start a new save file. AMA's are always fun. You get to learn a lot of what went into a particular project, or what may come in the future. That being said, an AMA was held by the actor for the Goldmask NPC in Elden Ring and it turned out to be quite a hit. No matter what question was posed towards them, the reply would always be "…".

Most people caught on to the cute joke, but many didn't. Goldmask has no voice lines in the game, and hence no voice actor.

Player Made Map Reveals Rune Reward For All Bosses

One of the things that differentiates Elden Ring from previous SoulsBornes is its open world map. The Sites of Grace give you a loose indication of which direction to head in, but really you can go wherever and fight whoever you want. As freeing as this is, it can also result in players not knowing where to go next.

Thankfully, Reddit user Not_Quite_Vertical has shared a map which shows you the location of all the bosses in the game, along with the number of Runes they drop. This could act as a sort of loose route for players to follow, using the Runes as a scale. 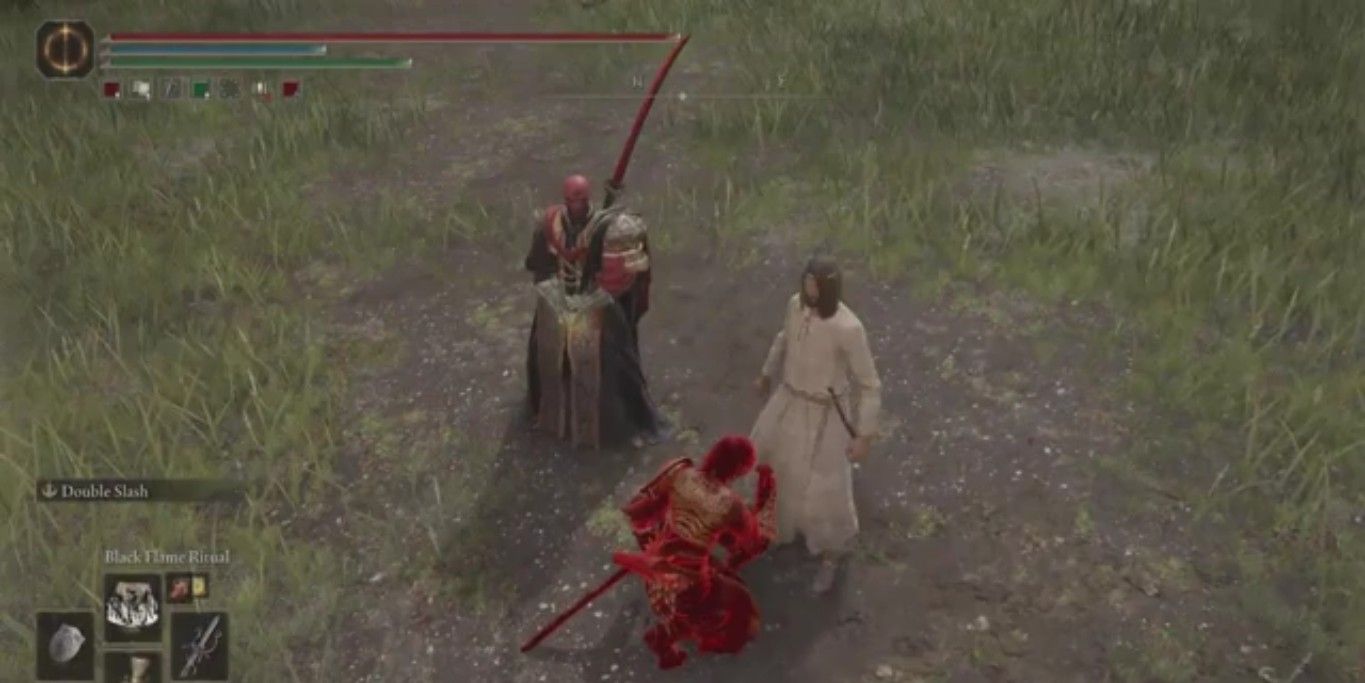 It's not every day that you come across a dichotomy as stark as good and evil. Strangely that is exactly what happened to one Elden Ring player who had the pleasure and pain of meeting both Jesus and Satan. The two invaders were dressed in the right apparel to look the parts and even used spells and incantations that fit the roles.

Things got even more bizarre when Reddit user Mar_Reddit prayed to Jesus and started attacking Satan. Jesus joined the Redditor in vanquishing the fallen angel and then went on to attack Mar_Reddit. Unfortunately, a Tree Sentinel happened to ride by, and turned out to be stronger than Jesus.