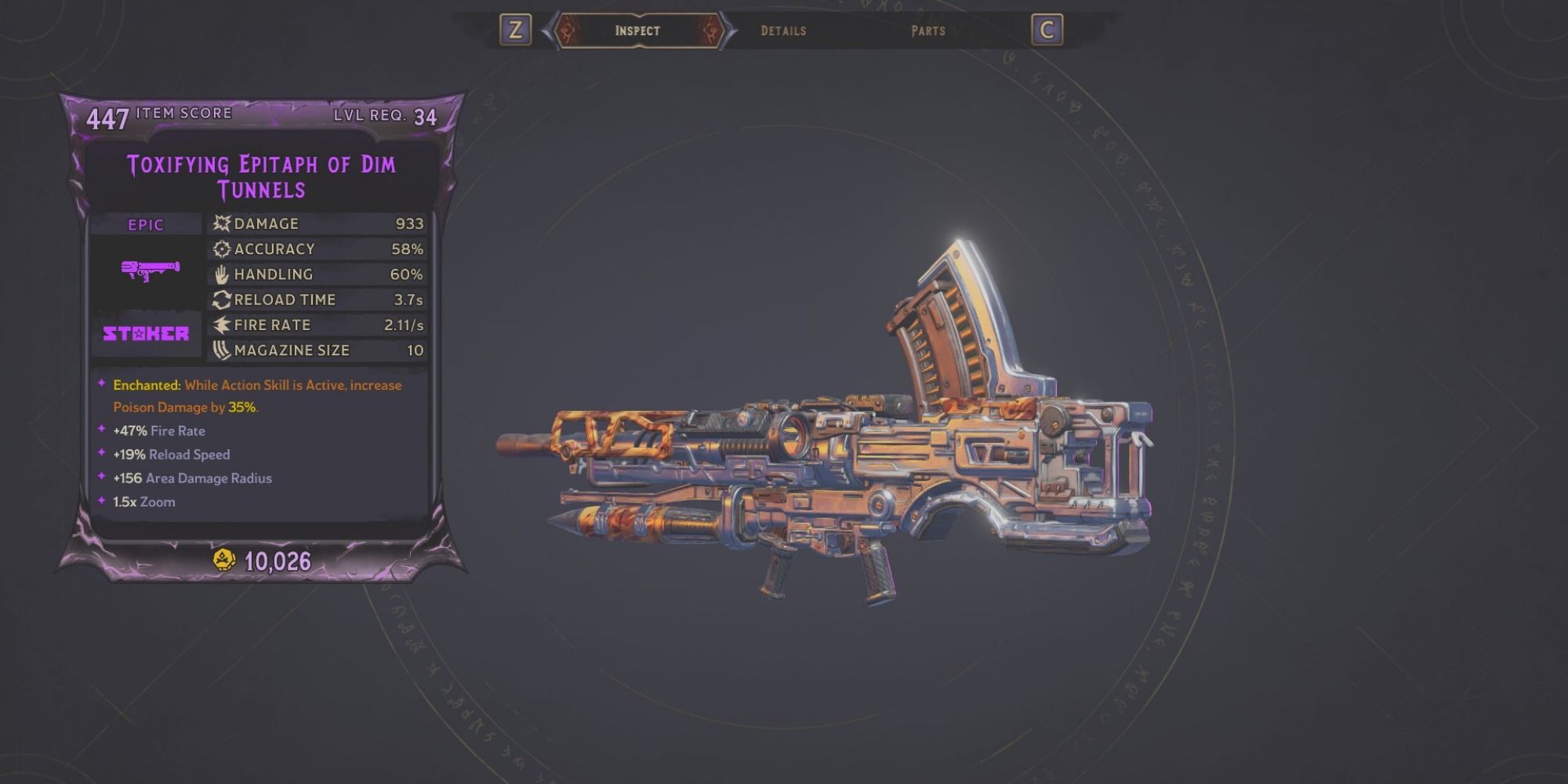 The Epitaph heavy weapon is a bit of a mixed bag. In its standard launch mode, it isn't too much to look at. The fire is your standard missile projectile that simply explodes on impact. But depending on the variation or rarity of the Epitaph you loot, you might score a version with "Big Boy" mode.

Switching the weapon into this mode fires a homing missile that explodes when it finds an enemy. This heavy weapon does not have a designated drop, so for a better chance at looting it, you can farm the "barf bunnies" at the end of the Chaos Chamber. 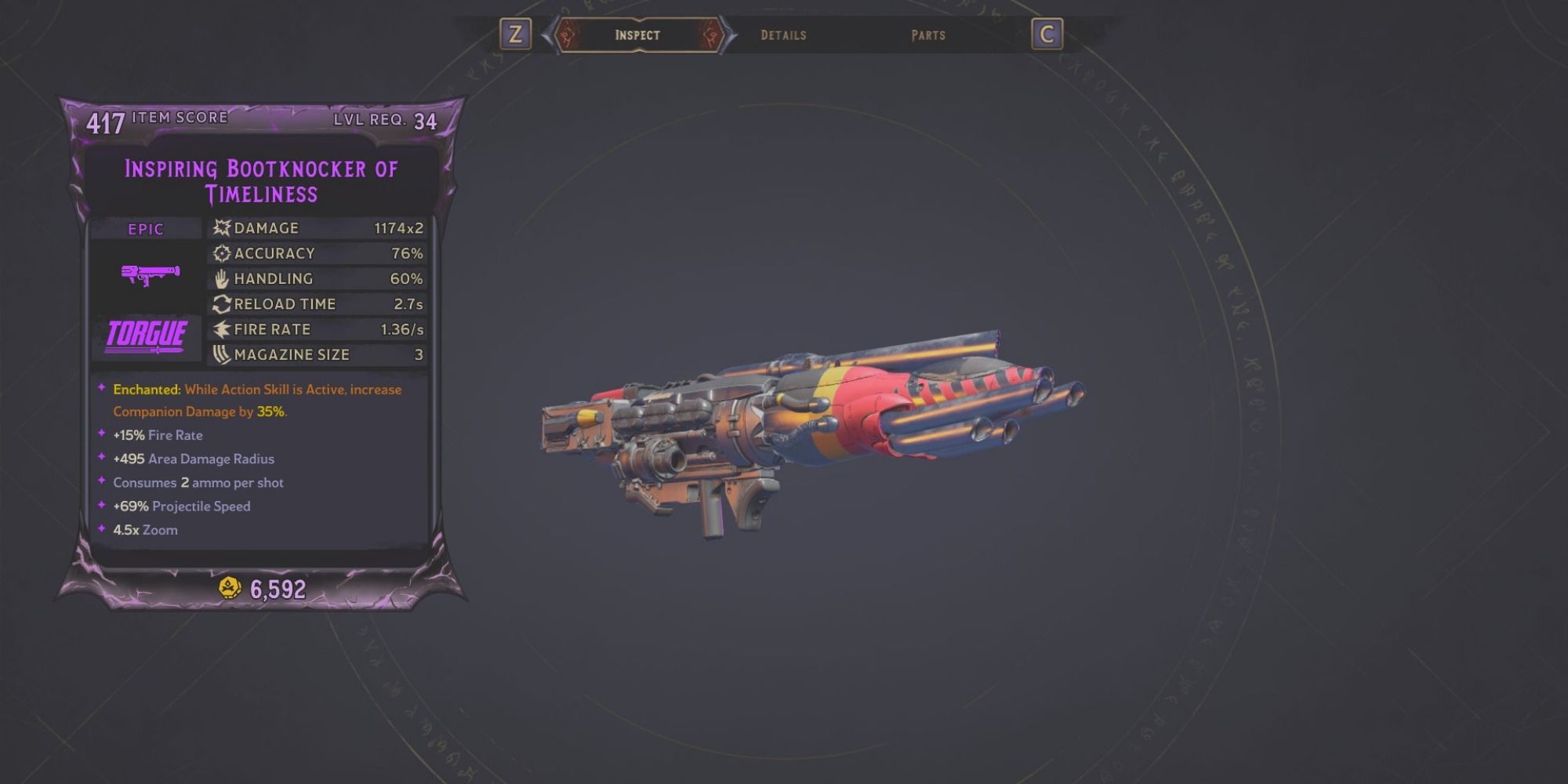 Bootknocker takes the heavy weapon game up a notch by adding a "sticky bomb" feature to this weapon. Firing the Bootknocker in this mode launches three sticky bombs that will stick to the nearest target and eventually explode.

Just don't stand too close, because it can damage you as well. Bootknocker is another world drop heavy weapon, so the "barf bunnies" of the Chaos Chamber are your best bet for finding it. 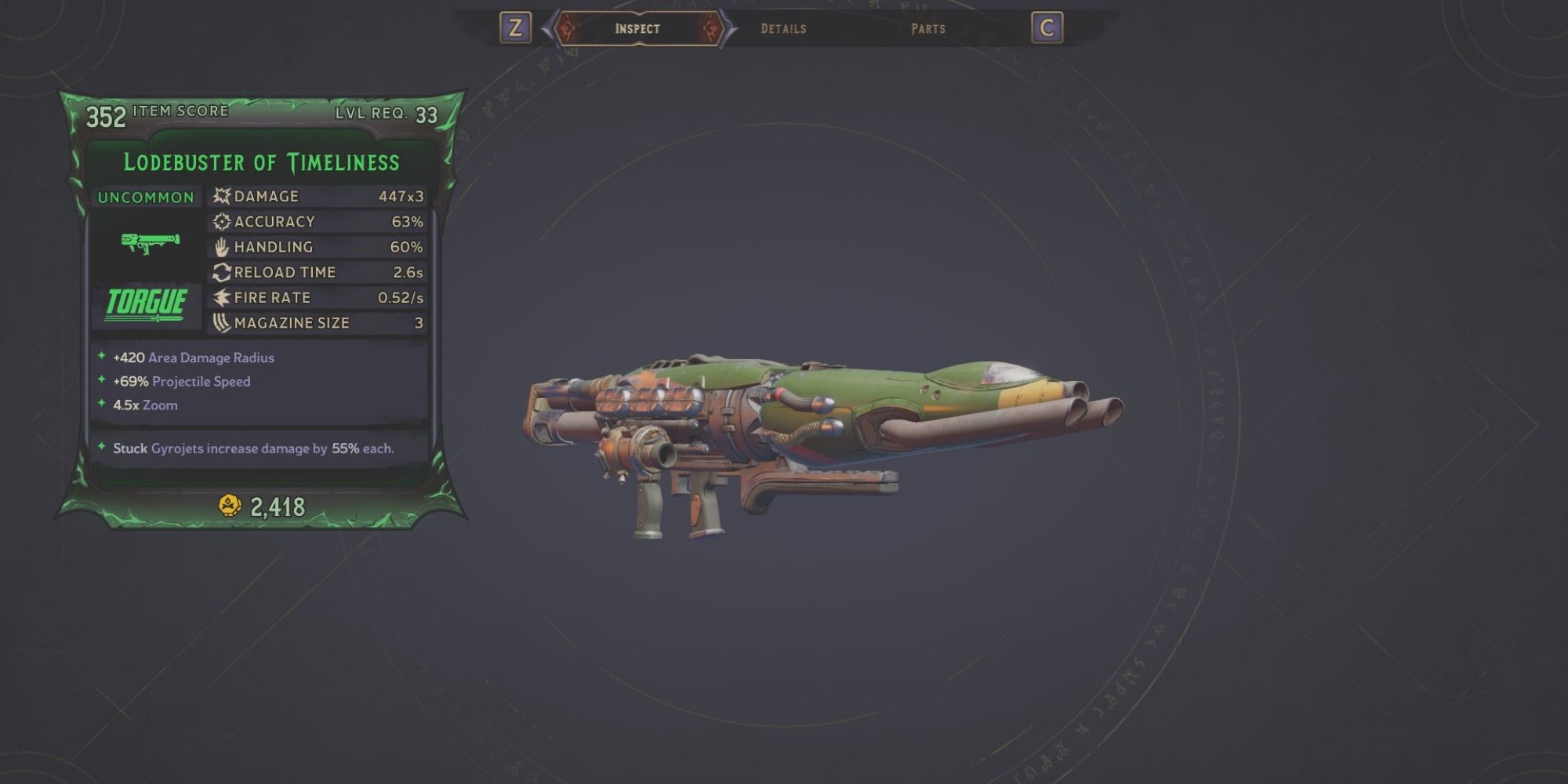 You, uh, might be able to guess what this weapon does just by the name alone. One could say that this heavy weapon fires a giant missile that "splooges" on impact, affecting a pretty decent radius.

Not to mention, it has a sticky mode as well, giving you the option to fire sticky bombs at enemies and then run for the hills. Since this weapon is not a Legendary, it has no dedicated drop area, so farming the "barf bunnies" after completing a Chaos Chamber run is the best place to get it. 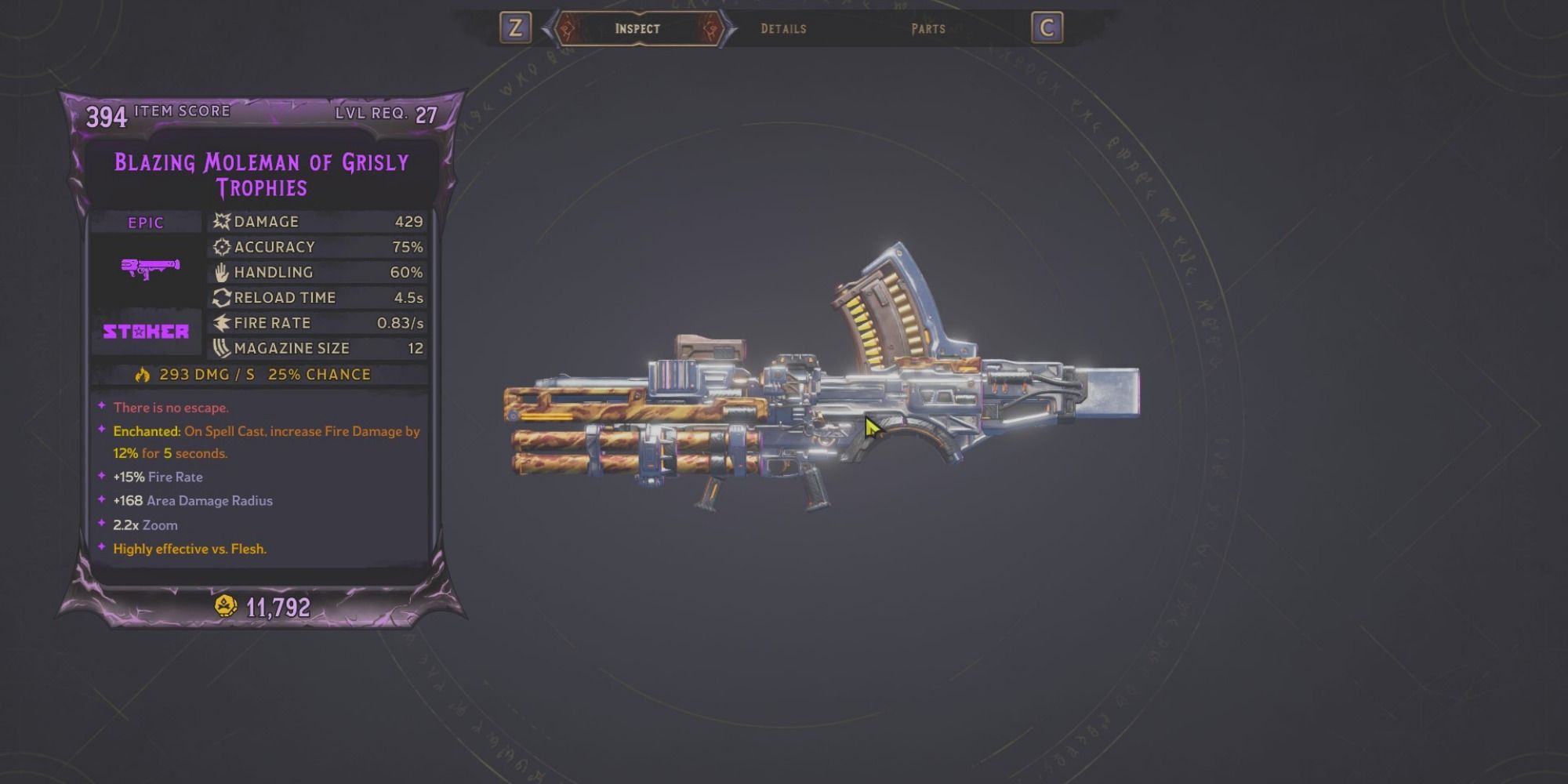 You know a weapon is going to be good in Tiny Tina's Wonderlands when you see it has some red text attached to the item description. The Moleman heavy weapon performs exactly as described, firing a missile that first buries itself into the ground, continuing in a straight line until it finds a target, exploding on impact.

Of course, since Moleman is not a Legendary, it is only a world drop loot, but you can farm the "barf bunnies" of the Chaos Chamber to just get heavy weapon loot. 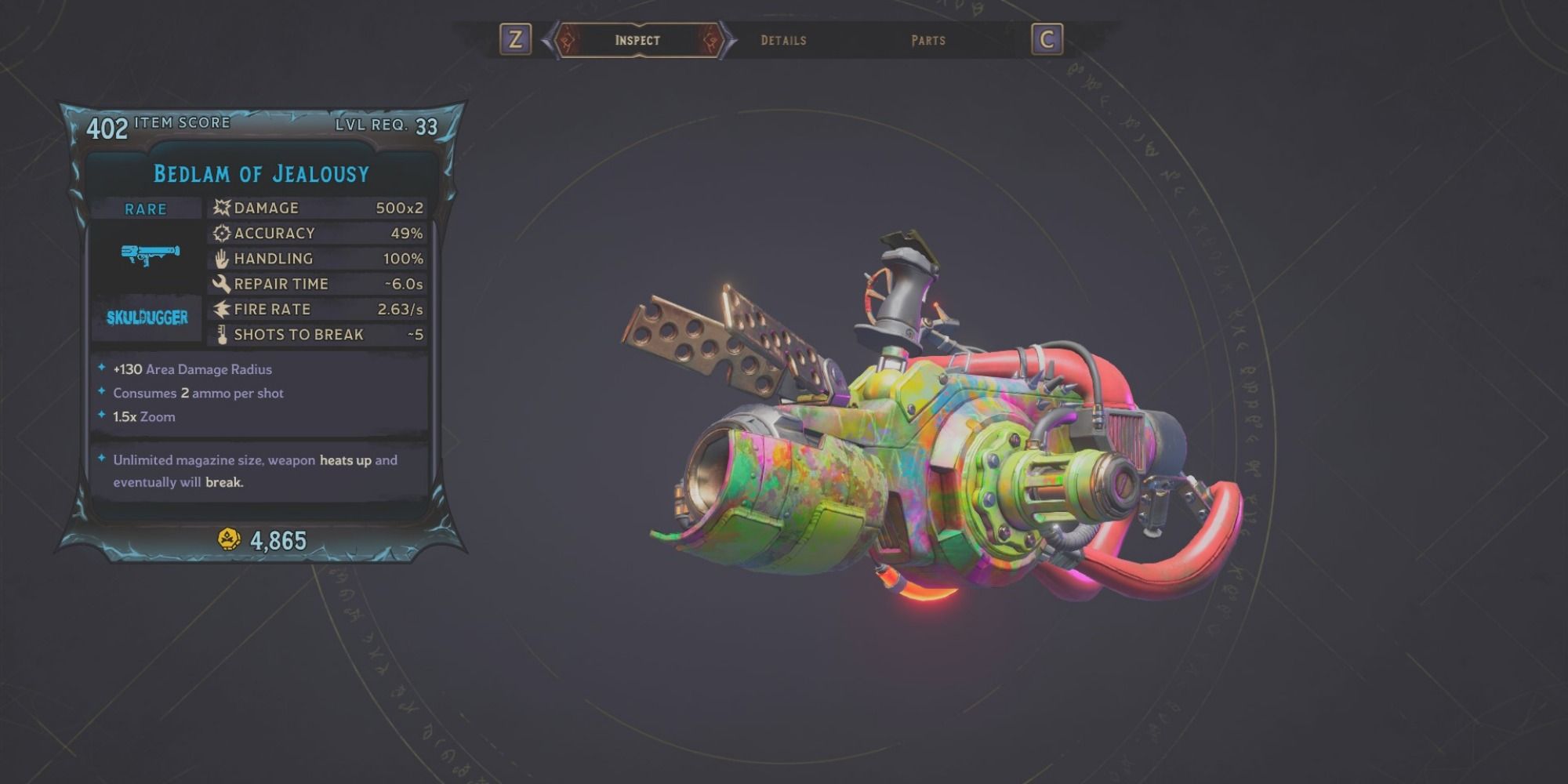 One look at the Bedlam heavy weapon, and you know you're in for chaos. This is what you get when a rocket launcher, an SMG, and a chainsaw have a baby. No need to question that logic at all. The Bedlam spews massive vertical buzz saws that bounce around the map until they strike a target.

Unlike your typical heavy weapon, however, it does not need to be reloaded. Instead, as long as there is ammo in the clip, it will keep firing until the gun overheats. The Chaos Chamber is by far the best place to look for this weapon, particularly by feeding the "barf bunnies" at the end. 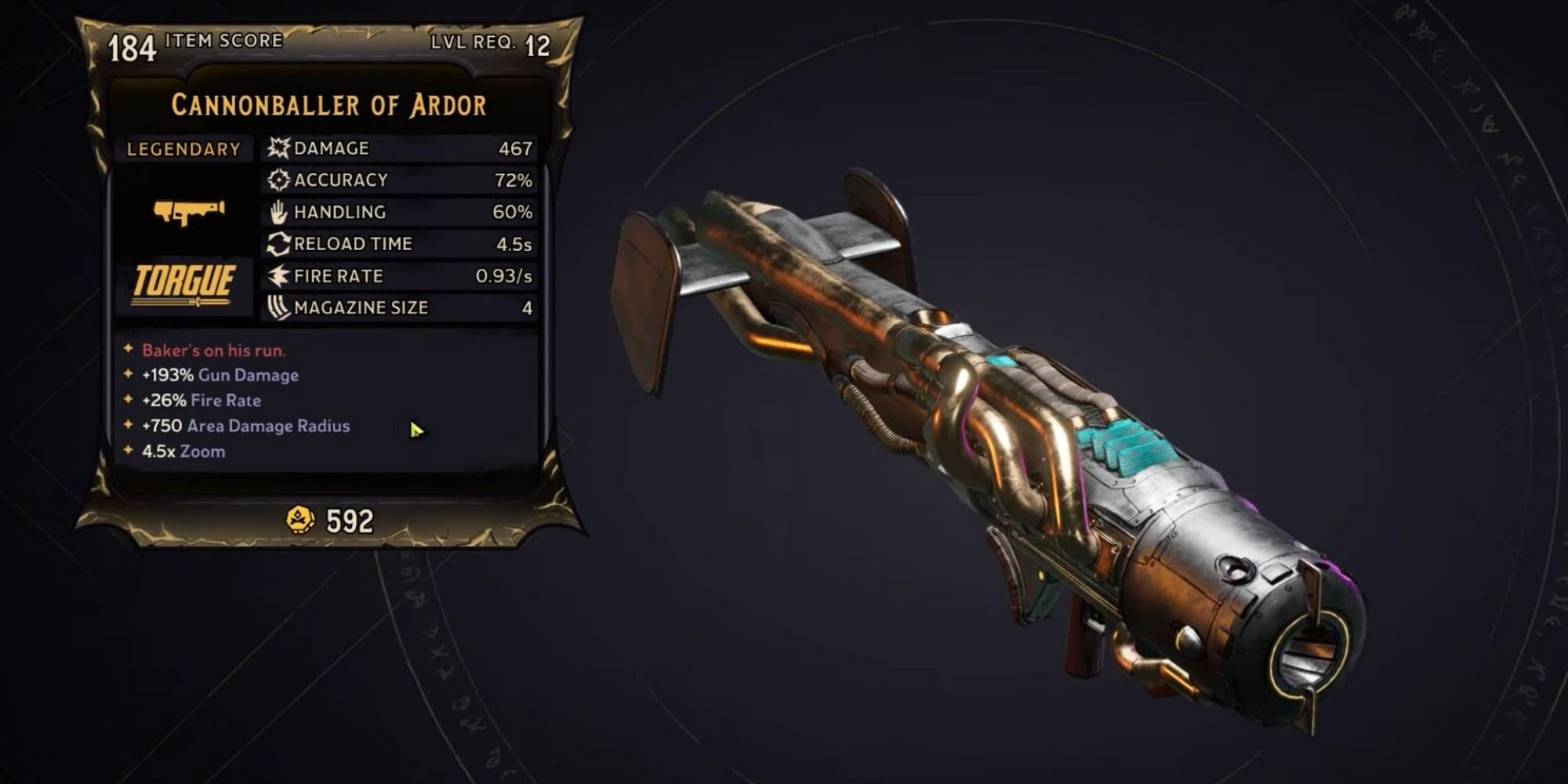 Is it a heavy weapon or a portable cannon? We think that's for you to decide. The Cannonballer is one of the few Legendary heavy weapons, and as the name suggests, it literally fires cannonballs rather than missiles.

In its first mode, these balls will bounce until they explode. In "triple shot mode", this weapon will fire three cannonballs for the price of one. This Legendary is a world drop, but the ideal place to farm for it is the LeChance boss battle in Wargtooth Shallows. 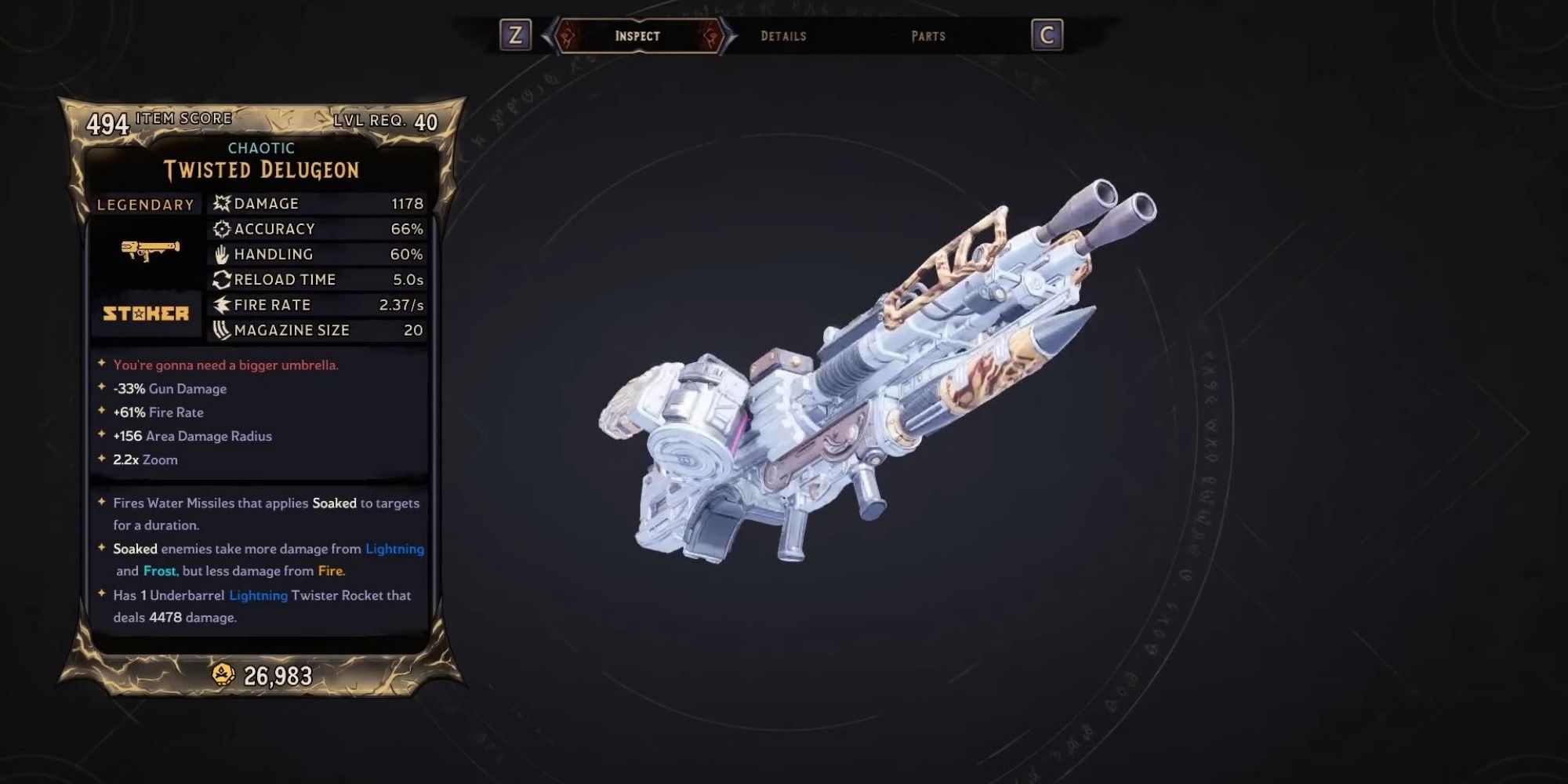 The Coiled Captors DLC for Tiny Tina's Wonderlands has brought plenty of fun new things to the game. The Delugeon Legendary weapon is one of them. This heavy weapon has an interesting concept. Firing it "soaks" an enemy, coating them in a layer of water. While this effect lasts, if you hit them with fire from the gun's Lightning Twister Rocket mode, the lightning will interact with the "soaked" effect to do extra damage.

While this is cool, the soaked effect is honestly better combined with other Lightning Damage weapons such as the Live Wire. This Legendary is not a world drop. To get it, farm the Chums boss fight in Dreamveil Overlook or use the Wheel of Fate. It can also be obtained from the Chaos Chamber. 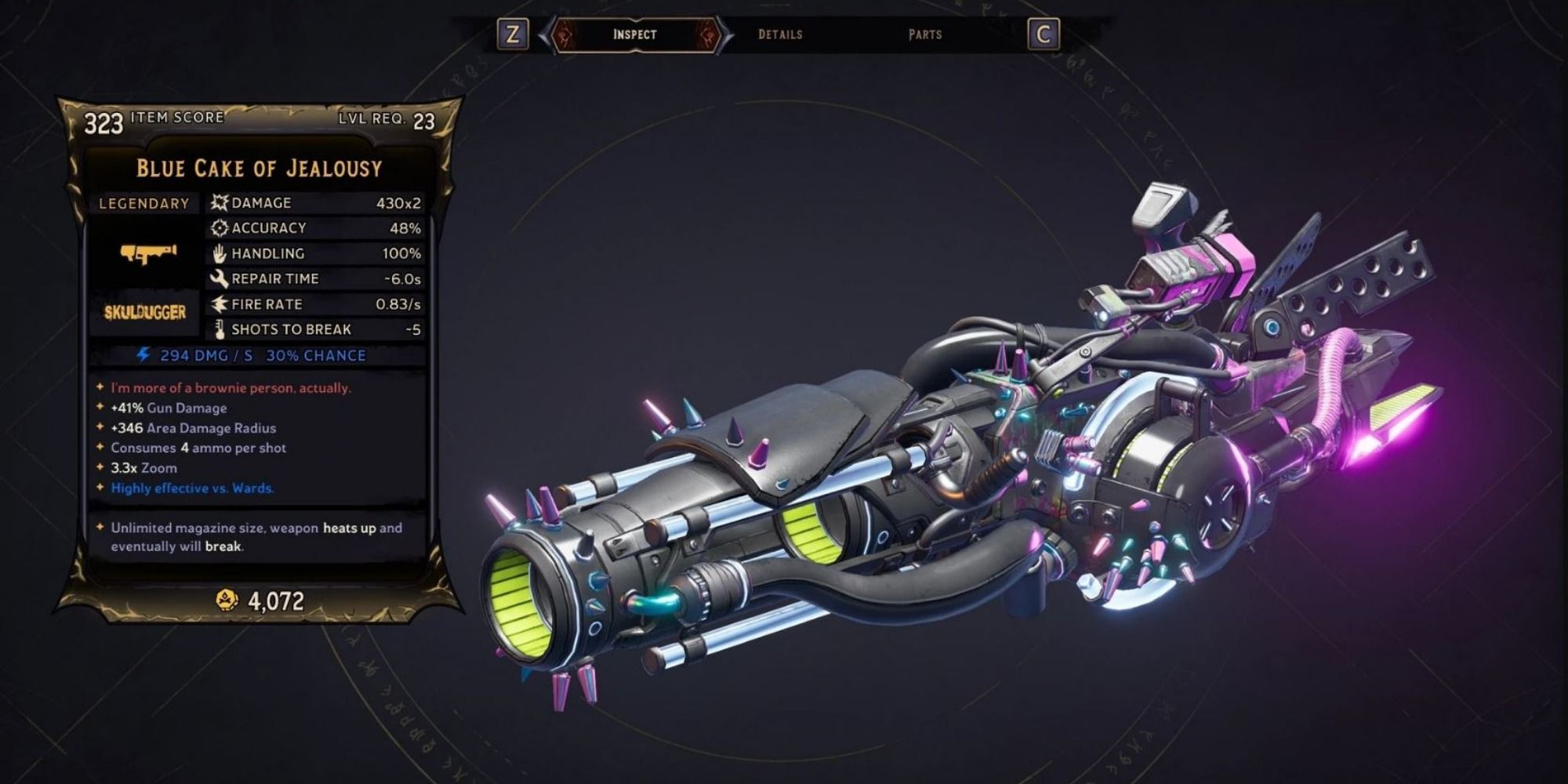 Fans of Borderlands 3 might be familiar with this Legendary weapon's cousin, the Yellow Cake. Unlike that old Legendary, the Blue Cake heavy weapon cannot chew through a boss in a matter of seconds. However, it is incredibly powerful against smaller, squishier enemies.

At the right range, it has the potential to one-shot mobs. Plus, since it is a Lightning Damage weapon, it is particularly strong against enemies with Wards. The best place to find the Blue Cake is in the Chaos Chamber, particularly mini-bosses or the "barf bunnies" loot.