While walking through the forest of indie booths at EGX 2022, one poster repeatedly caught my eye – the first thing you’ll notice about To Hell With The Ugly is its striking art style and towering protagonist. Rock Bailey, the handsome young man with a nasty-looking black eye, makes for an attention-catching figure.

Indies today have a startling propensity to veer off in one of two general art directions: cutesy pastel palettes or dark and grimy grimness. To Hell With The Ugly stands out with its head-to-toe reds and oranges, swathed with warmth. The characters are heavily stylised, the backgrounds are illustrated beautifully, and the end result is reminiscent of an interactive comic book.

To Hell With The Ugly is a point & click adventure based on the novel of the same name by Boris Vian, with the central mystery thrust into your face in the opening minutes. Rock Bailey has just had the night from hell – drugged and kidnapped by a stranger, waking up in a strange hospital. Undeterred by his shiner and the obvious danger, he immediately resolves to solve the mystery, heading back to the bar where it happened. The plot is captivating, with the mystery presented quickly and concisely. 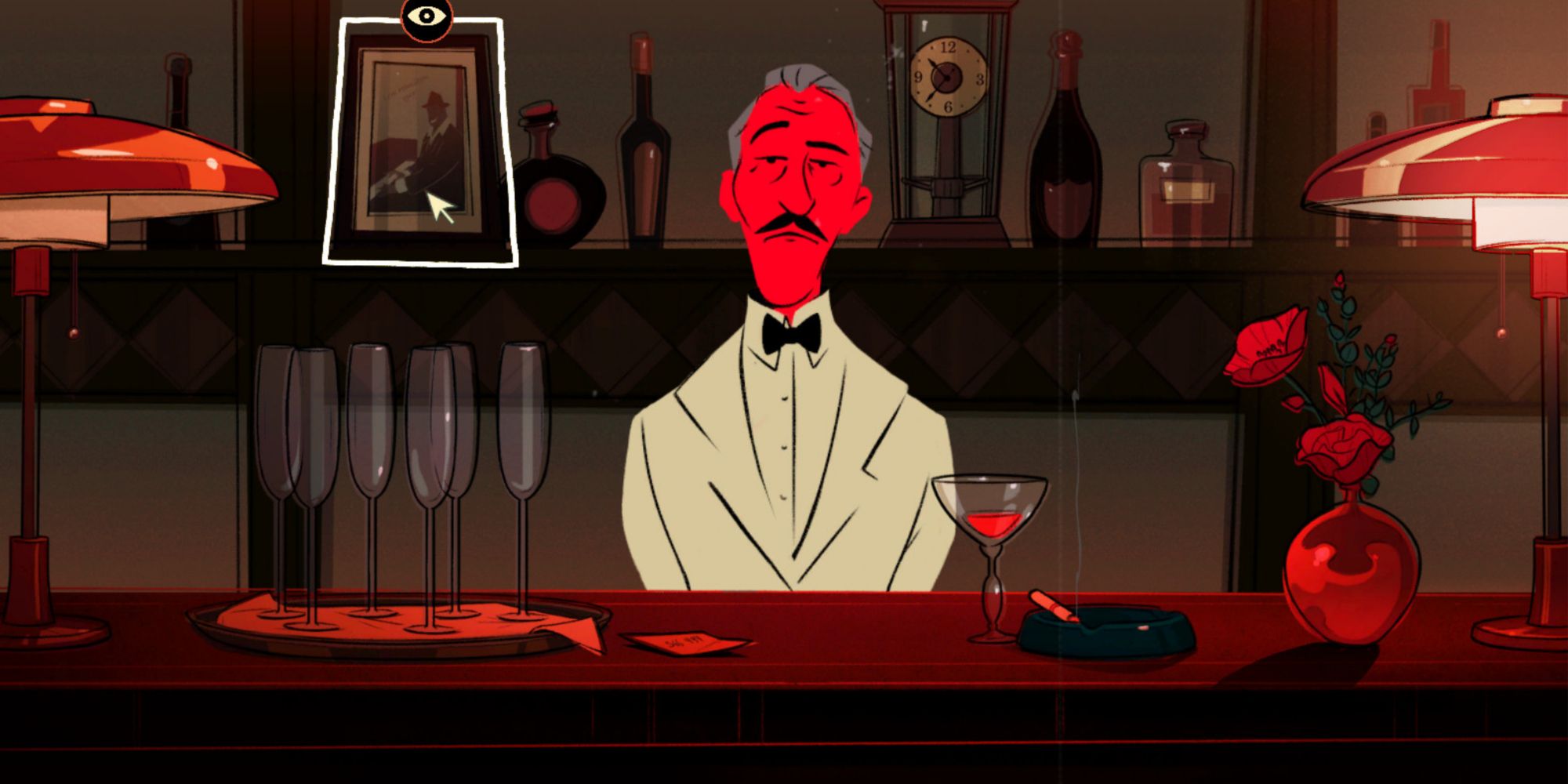 You can expect the usual adventure game fare here – interrogating NPCs, gathering and combining items, and solving puzzles in odd fashions. For example, one early puzzle has you trying to gain access to the bar where Rock was drugged, but the bouncer refuses entry until you deal with his hunger pangs. You can easily acquire a hot dog, but the fussy bouncer, apparently on a health kick, wants something with some green – the solution? A handful of orange leaves, combined messily in Rock’s inventory.

There’s also some turn-based combat to deal with, which livens the game up a little and accentuates the gritty film noir direction, with Rock dealing with his problems a bit more head-on than most adventure game protagonists. Combat flows well – you have a range of attacks to use, and executing them involves a small game filled with quick time events, which are also used to block attacks. The demo I played at EGX featured only one fight, but there seems to be a lot of room for growth and applied strategies. Rock can only hit the first enemy in the enemy formation, giving me Darkest Dungeon vibes – it’ll be interesting to see if combat gets anywhere as strategic later in the game.

Despite the game’s very serious premise, undertones of classic adventure genre humour flow throughout the game’s logic and dialogue. It’s understated for sure, but it provides a bit of levity between the dramatic reveals and grisly discoveries. A police officer turning up to the scene of a gruesome crime in his pajamas is a standout moment in the first few minutes of the game, and another little detail that made me laugh out loud is that healing in battle has Rock taking out a comb and fixing his hair, which adds a lovely little bit of personality. 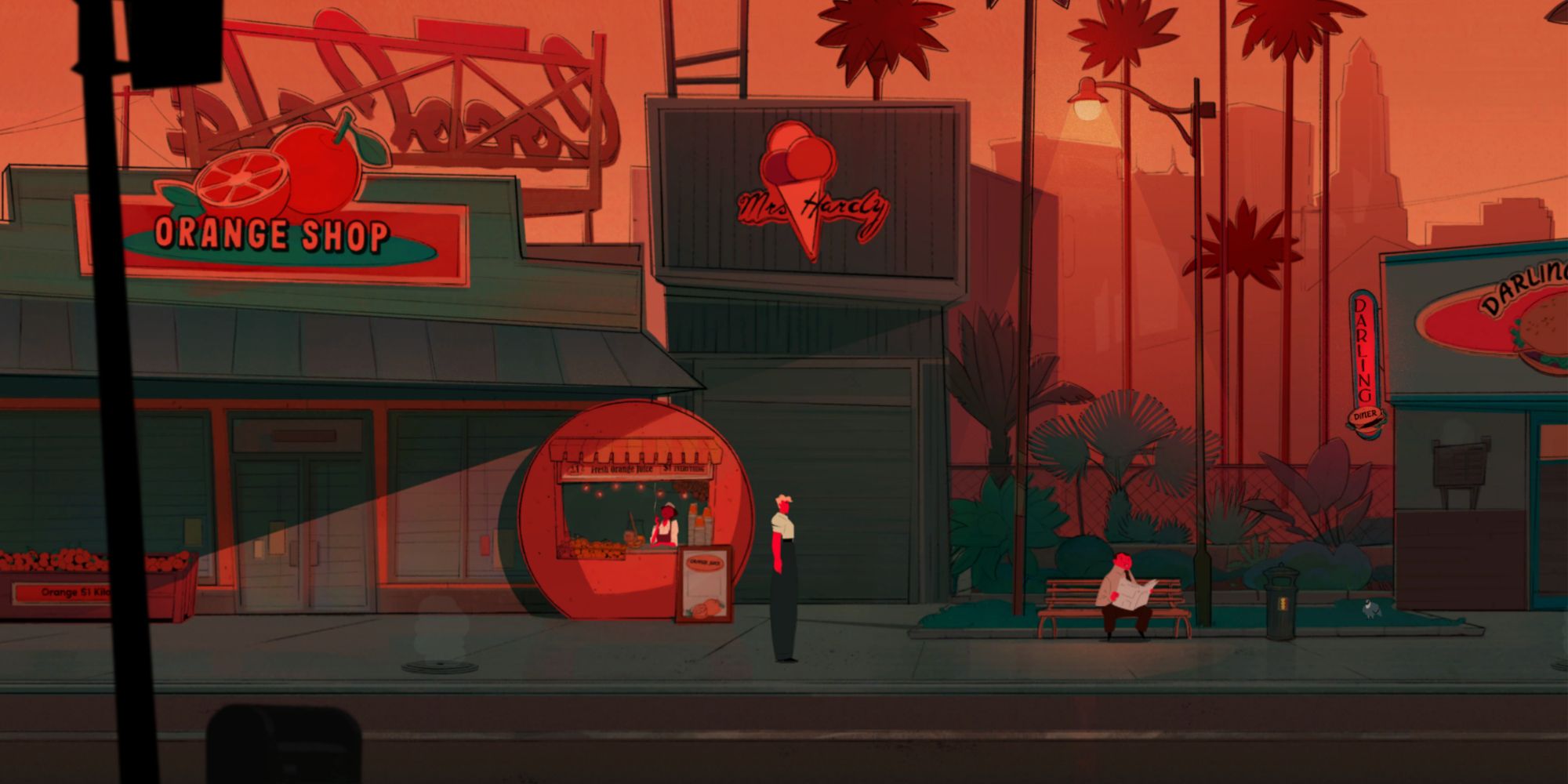 Solving puzzles involves some logical deductions, piecing together the evidence you find into hypotheses and conclusions that push you closer to the truth. It’s reminiscent of the Frogwares Sherlock Holmes games and is executed well. You’re presented with multiple clues and connecting words and must construct statements that you can back up with the evidence you’ve gathered, and doing so leads to the conclusions that drive the plot forward.

As a point & click adventure that features turn-based combat and a heavily stylised presentation, To Hell With The Ugly will draw comparisons to Sunday Gold, a game I reviewed recently. It’s a tad early to make any damning statements, but I will say that this game’s combat already feels better executed. The lack of voice acting is also something I don’t mind much – it harkens back to the golden age of adventure games and feels nostalgic.

I loved playing To Hell With The Ugly; it was one of the highlights of EGX for me. I’m invested in the developing mystery, the presentation and worldbuilding are right up my alley, and the puzzles and combat feel well-tuned. The game captures a feeling I can’t quite describe but evokes words like glamour, cocktails, and wistfulness. It’s an atmospheric, compelling narrative splashed across a distilled sunset.

You can follow To Hell With The Ugly’s development on Twitter, and play the demo yourself on Steam.