2008’s Tomb Raider Underworld is already a pretty dark game – especially compared to its prequel Tomb Raider Legend – but apparently the game was originally planned to end on an even darker note.

A video clip can be found online which shows what would have been the final cinematic of the game, if the devs hadn’t decided to cut it out. After watching it, you’ll probably have a good idea as to why they did; it hardly portrays Lady Lara as the kind of iconic video game role model she’s generally known to be.

Be aware that major spoilers for Tomb Raider Underworld lie ahead, so proceed at your own risk! 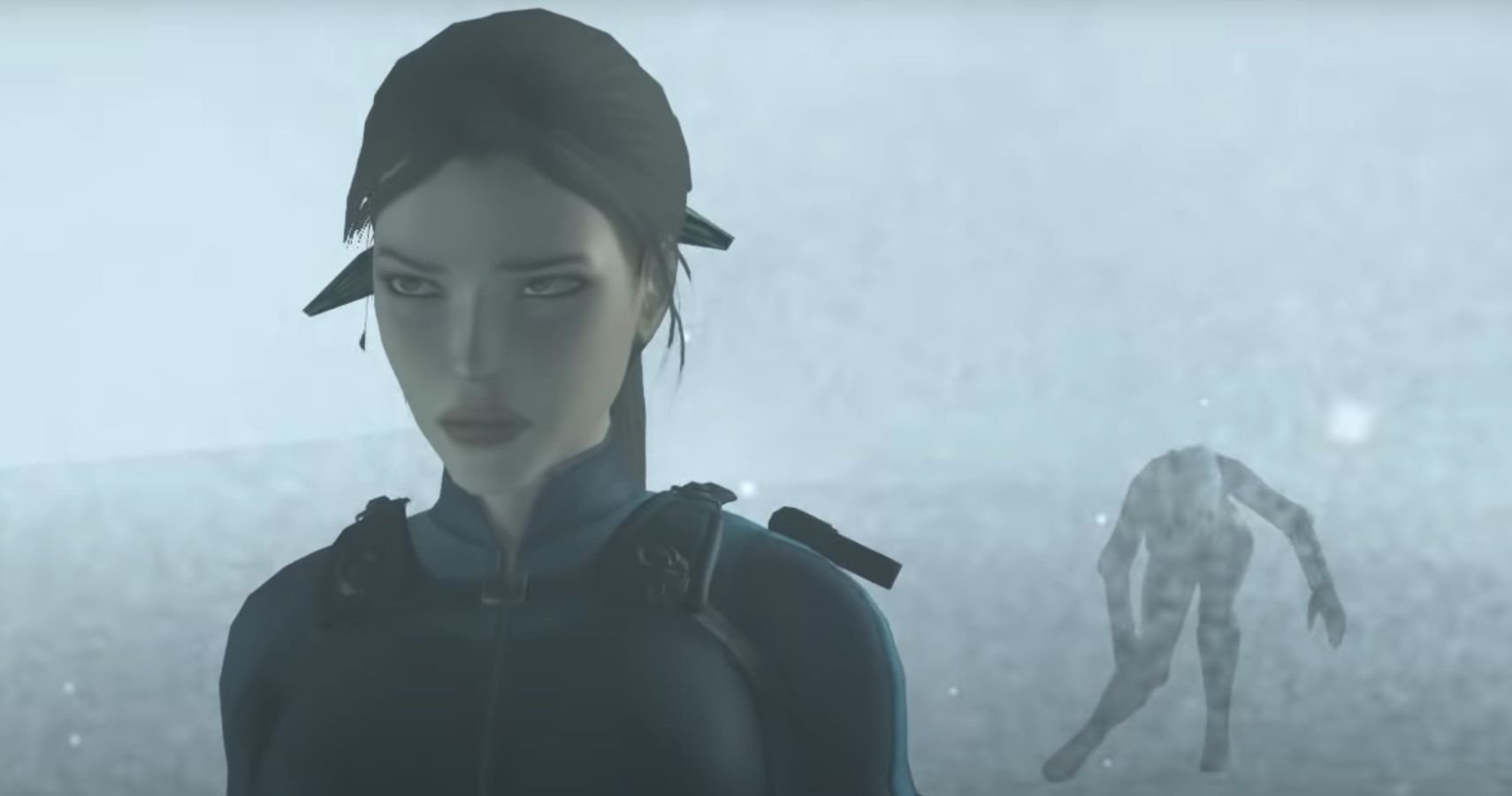 If you need a refresher, Underworld actually ended with Lara and her favorite frenemy Amanda cooperating to get themselves TF out of Helheim as it crashes and crumbles around them. They work together to activate a portal that whips them over to a corresponding portal in Nepal – the very same one we know from Tomb Raider Legend. Lara and Amanda part ways, hardly in a “forgive and forget” kinda way, but as civil as could be expected given all that’s just happened.

In this alternative ending, however, things take a darker turn. Check it out below:

Given the snowy setting and Amanda’s injury, this is clearly meant to take place just after the scene in the actual released version, just as Lara and Amanda part ways out of the temple in Nepal. Amanda decides she’s going to make the situation awkward and try take out Lara with…a big rock? Sure.

Lara obviously does her usual Tomb Raider Thing and evades that with ease, shooting Amanda in the knee while she’s at it. Then she walks off, leaving Amanda all alone to slowly bleed or freeze to death, whichever comes first.

Presumably, the developers decided that this would be a bit too cold (sorry), even given how absolutely done with Amanda’s crap Lara would be at this stage. This ending would certainly have painted Lara in a much more ambiguous light for those fans who admire her for her honor and moral high-ground.

Still, you have to admit Amanda is really unlikeable though.

Cuphead: How To Beat Werner Werman