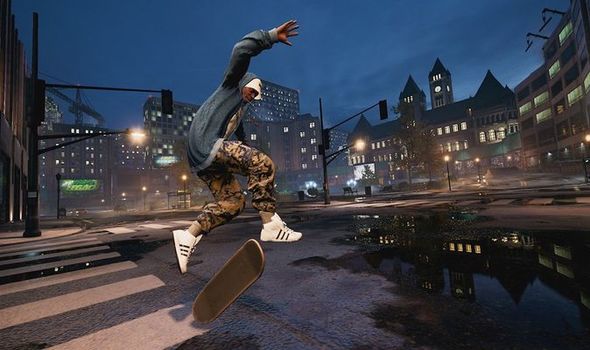 A Tony Hawk’s Pro Skater 1 and 2 double pack has been announced for PS4, Xbox One and PC.

Built from the ground-up, the Tony Hawk remasters have been given a September 4 release date for consoles and Epic Games Store.

The news was announced during the first leg of Geoff Keighley’s Summer Games Fest.

“Drop back in with the most iconic skateboarding games ever made,” reads the official description.

And the good news doesn’t end there, because fans can play the game early with the newly announced Warehouse demo.

Unlocking the Warehouse demo and playing the game early is as simple as pre-ordering the game online.

Pre-ordering digitally through Xbox Live and PlayStation Network will give fans access to the demo this summer, although an exact release date is yet to be revealed.

“Those who digitally pre-order Tony Hawk’s Pro Skater 1 and 2 on PlayStation, Xbox or PC will receive access to the Warehouse Demo ahead of the game’s official launch,” Activision explains. “The demo will be available to download at a later date.”

Sadly, the game isn’t currently available to pre-order on PS4, but it is on Xbox Live for £39.99.

The demo should give fans a small taste of the new and improved Tony Hawk gameplay action.

Developed by the team behind the Crash Bandicoot N Sane Trilogy, the upcoming release contains all the classic action alongside one or two brand new features.

“Tony Hawk’s Pro Skater 1 and 2 will also include fan-favourite features from games across the entire original franchise, including revert, lip tricks, wall plant and original multiplayer game modes, both online and for local couch play.

“And yes, Create-A-Park and Create-A-Skater modes are back! New to Create-A-Park this time around is a robust editor enabling new ways of customisation.

The collection will also contain more goals than the original games, as well as improved visuals and new challenges.

MicroProse Returns With The Mighty Eighth, a 10-Player...