Do you remember your first day of university? It’s a pretty daunting experience for most of us. You worry about first impressions, making friends, and have general anxiety about the hefty workload ahead of you and a fear of failure that won’t dissipate until you graduate. Everything feels more manageable once you manage to make a buddy or two. You’ve still got essays to write, exams to take, and all that other scary stuff, but at least you have someone to share in the drama and heartache.

A recent Two Point Campus event captured that first day feeling for me. I stood at the back of the lecture hall, looking at the neat rows of chairs and prospectuses, while desperately hoping to see a familiar face enter the room. The beer pong, foosball table, and bar all added that typical freshers' week vibe, but with a decidedly Two Point twist. Outside was a complete Knight School training ground, bowls of Cheesy Gubbins lined the bar, and you could even dress up as your favourite TPC student, whether that was a clown, goth, nerd, or wizard.

These are just a few things you can expect to see in the game. It’s university life, but not as you know it, as Two Point Studios has added copious amounts of its quirky humour to the curriculum. Boring classes, mundane subjects, and health and safety are all thrown out the window as you run a campus that pushes the boundaries of your imagination. 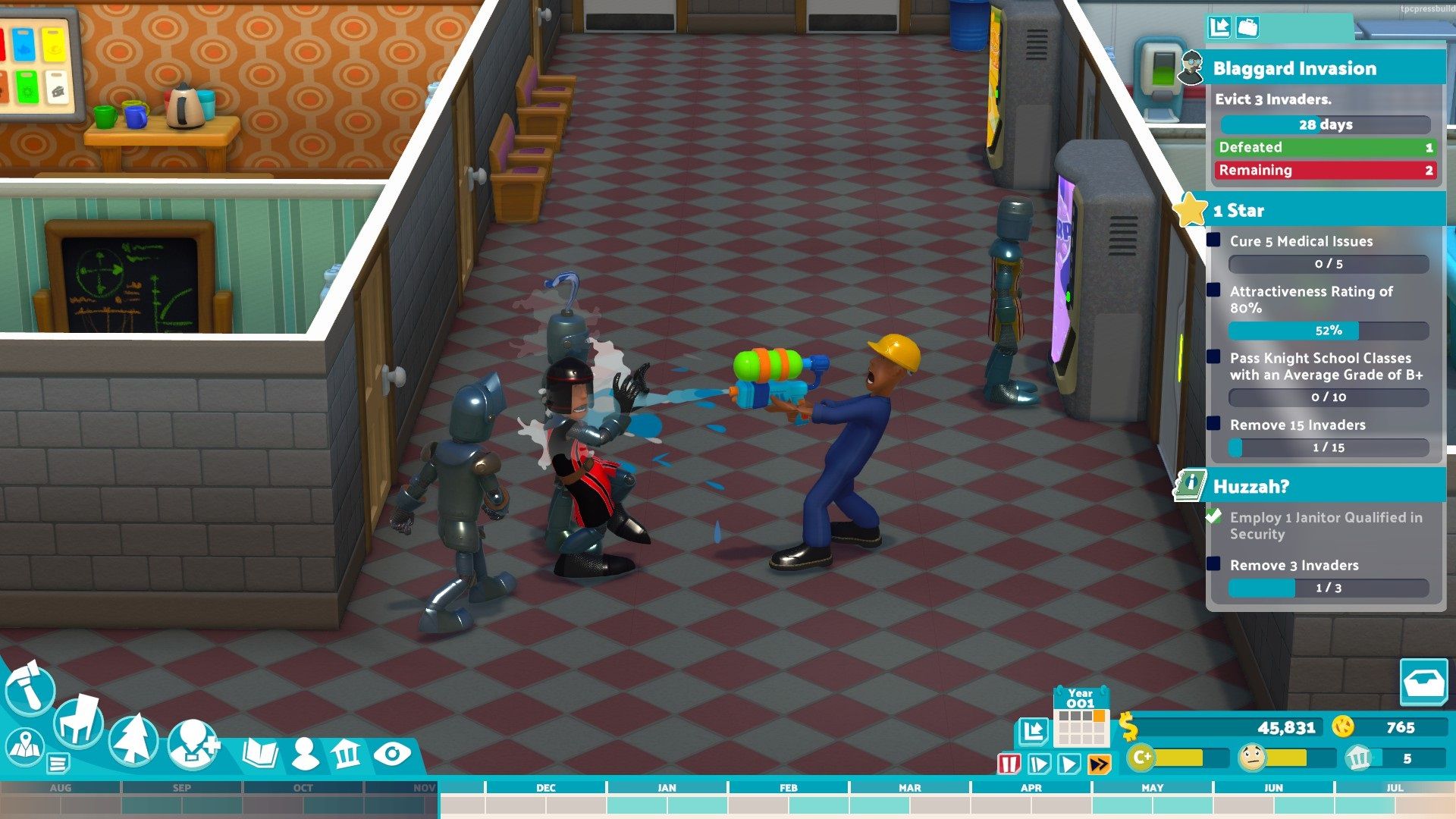 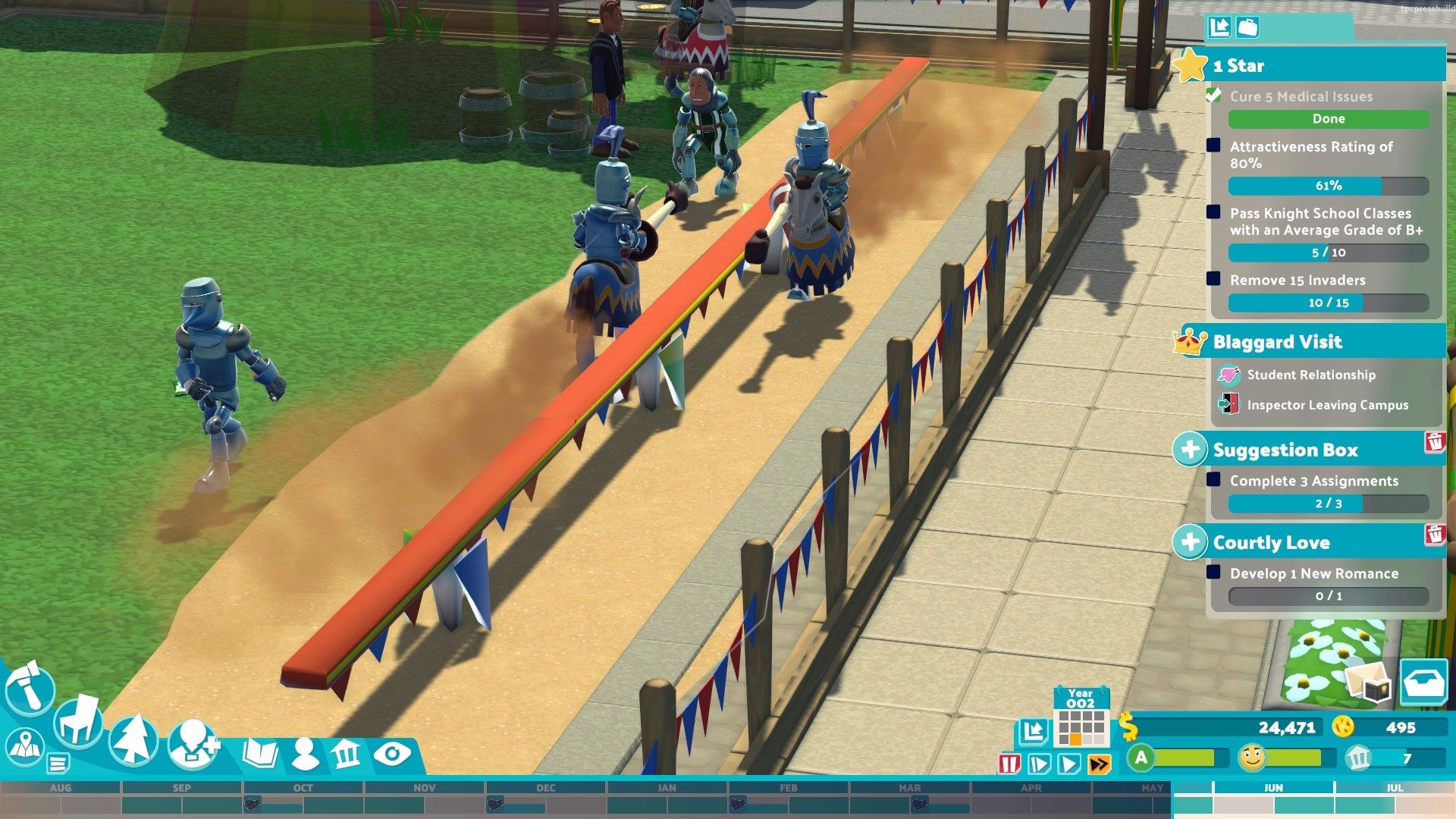 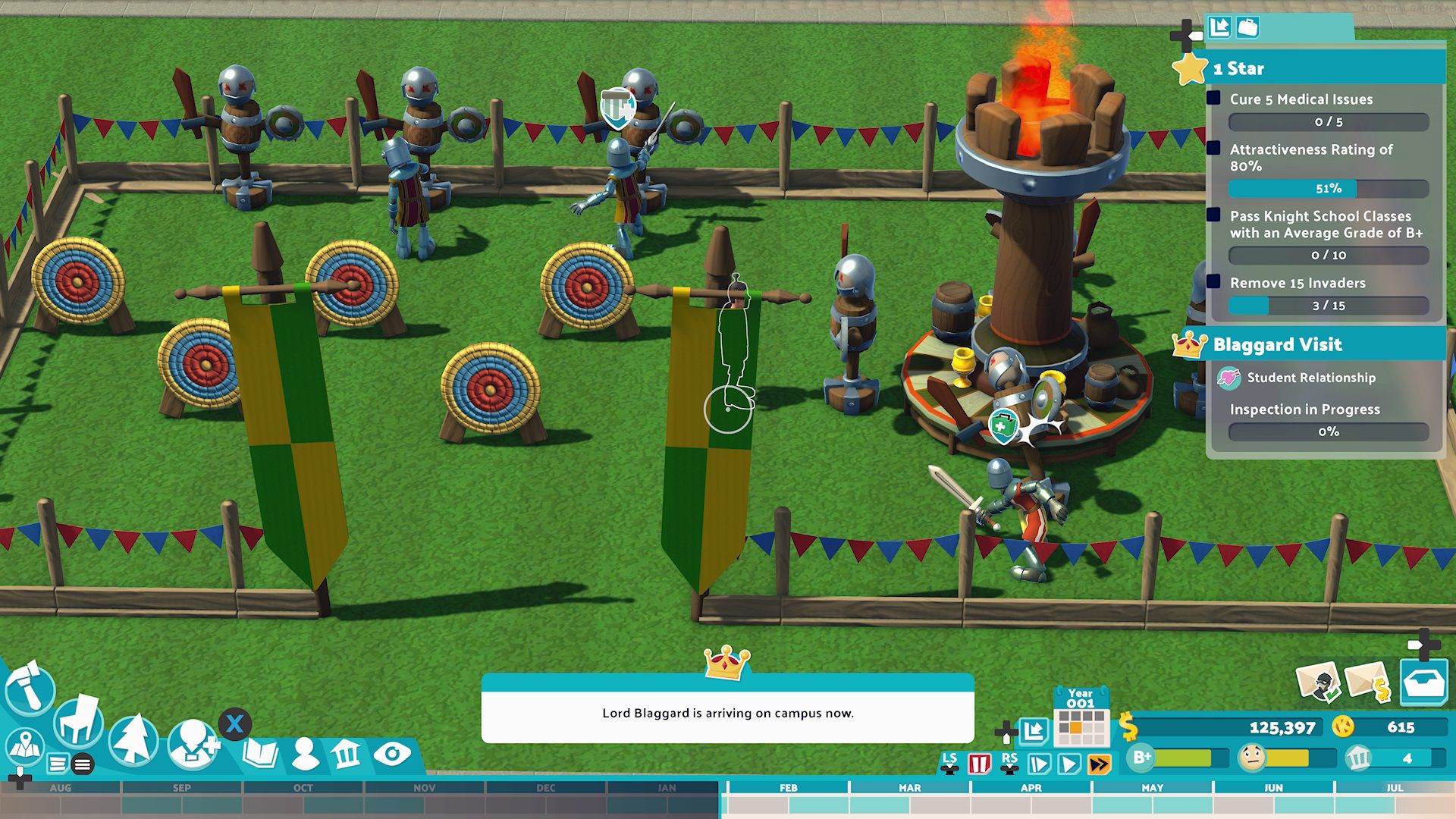 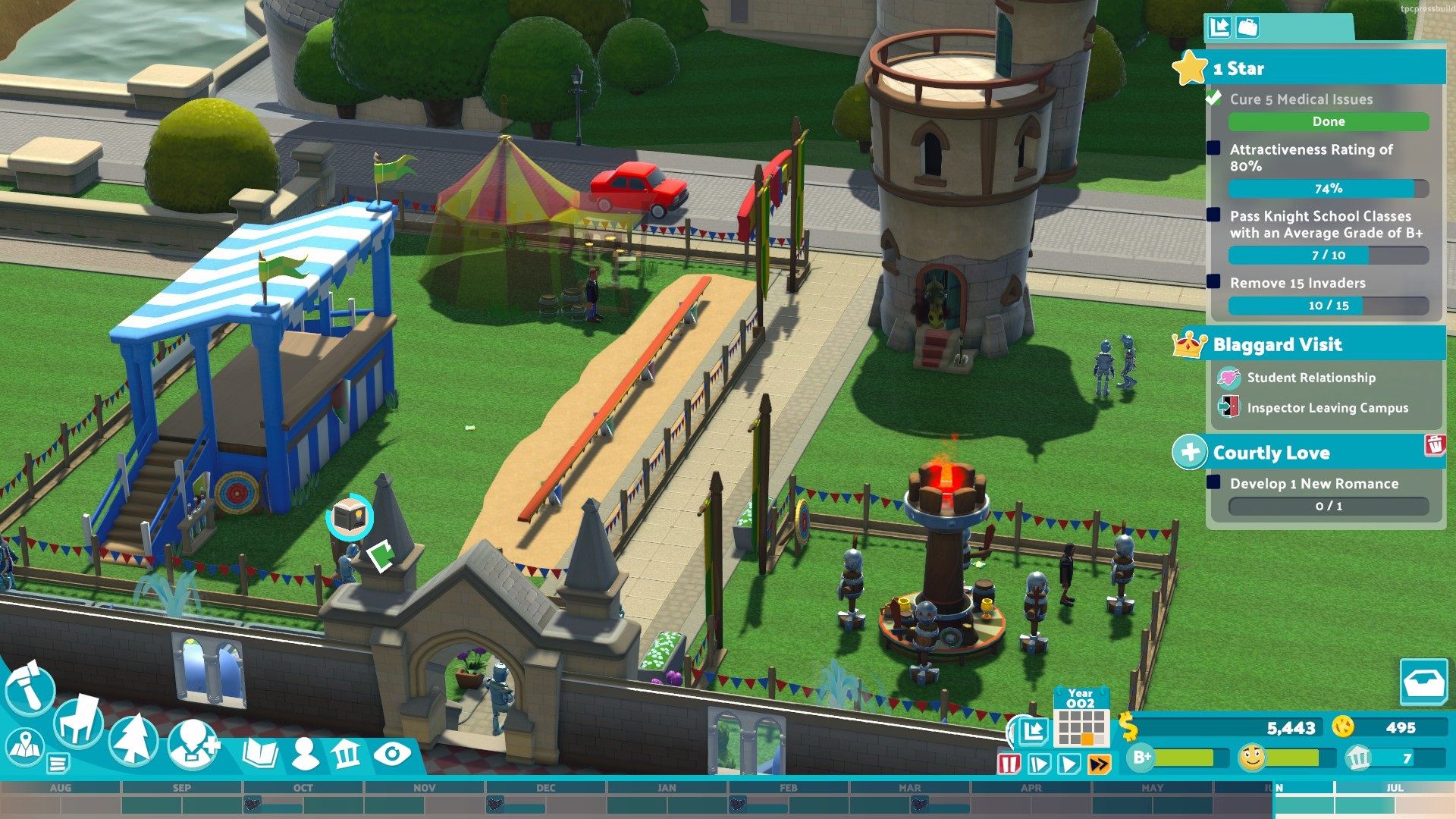 New courses were unveiled since I last had the chance to play Two Point Campus, so I couldn’t wait to get stuck in and check out the Knight School and Wizardry classes. After completing the first two levels, it was time for a taste of ye olde England in Noblestead — this was my favourite level by far. Students wear full suits of armor (even keeping their helmets on while showering), rival knights invade and attack your campus, and you’ll likely have to rethink your go-to university layout as most classes take place outside across Jousting Fields and Battle Grounds.

Noblestead ups the ante in more ways than one, so you need to start paying more attention to the needs of your students. There aren’t many safety concerns in Two Point Campus, so you’ll need medical care on hand, especially in levels where students are battling one another. You’re also dealing with natural disasters, namely earthquakes, making it more challenging to hit the 80 percent attractiveness you need to earn a star for this level because of the frequently falling masonry. Despite believing myself to be somewhat of a Two Point pro, I floundered in getting my attractiveness up and even resorted to spamming whale decorations throughout the campus grounds in a vain hope to achieve the objective.

I got there in the end, and it was completely worth it. As a reward for my efforts, I unlocked the particularly spooky (and rather fabulous) Spiffinmore campus so I could check out the Wizardry and Dark Arts courses. Things got a whole lot more challenging with this level. You’re now dealing with magical invasions, bank loans, new kinds of natural disasters (meteor showers and lightning), and you’ve also got a whole lot of unhappy students on your hands. Fortunately, you unlock the Pastoral Care room where you can try and keep your students’ moods in the green, but even with this, they’re hard to please. 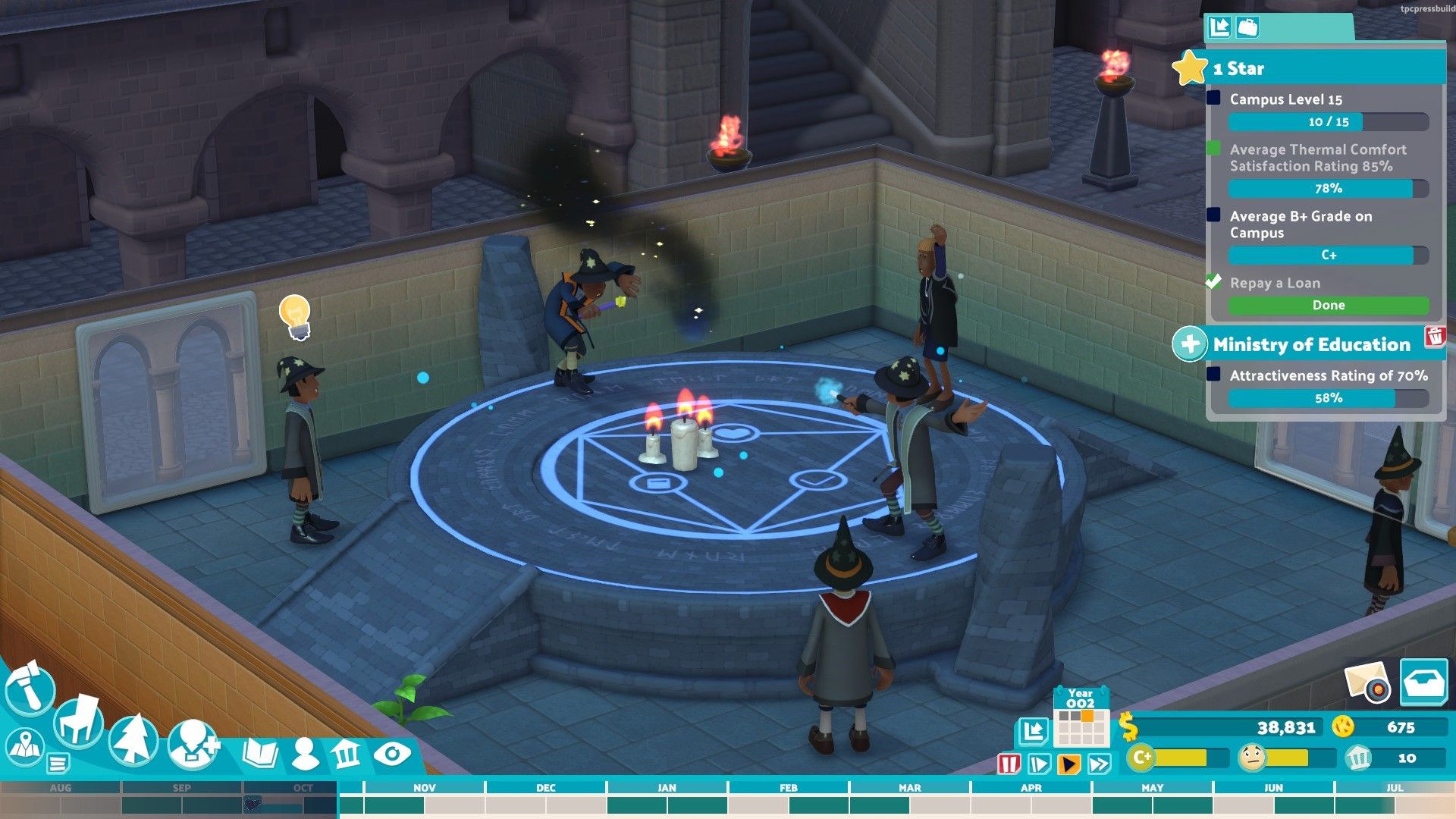 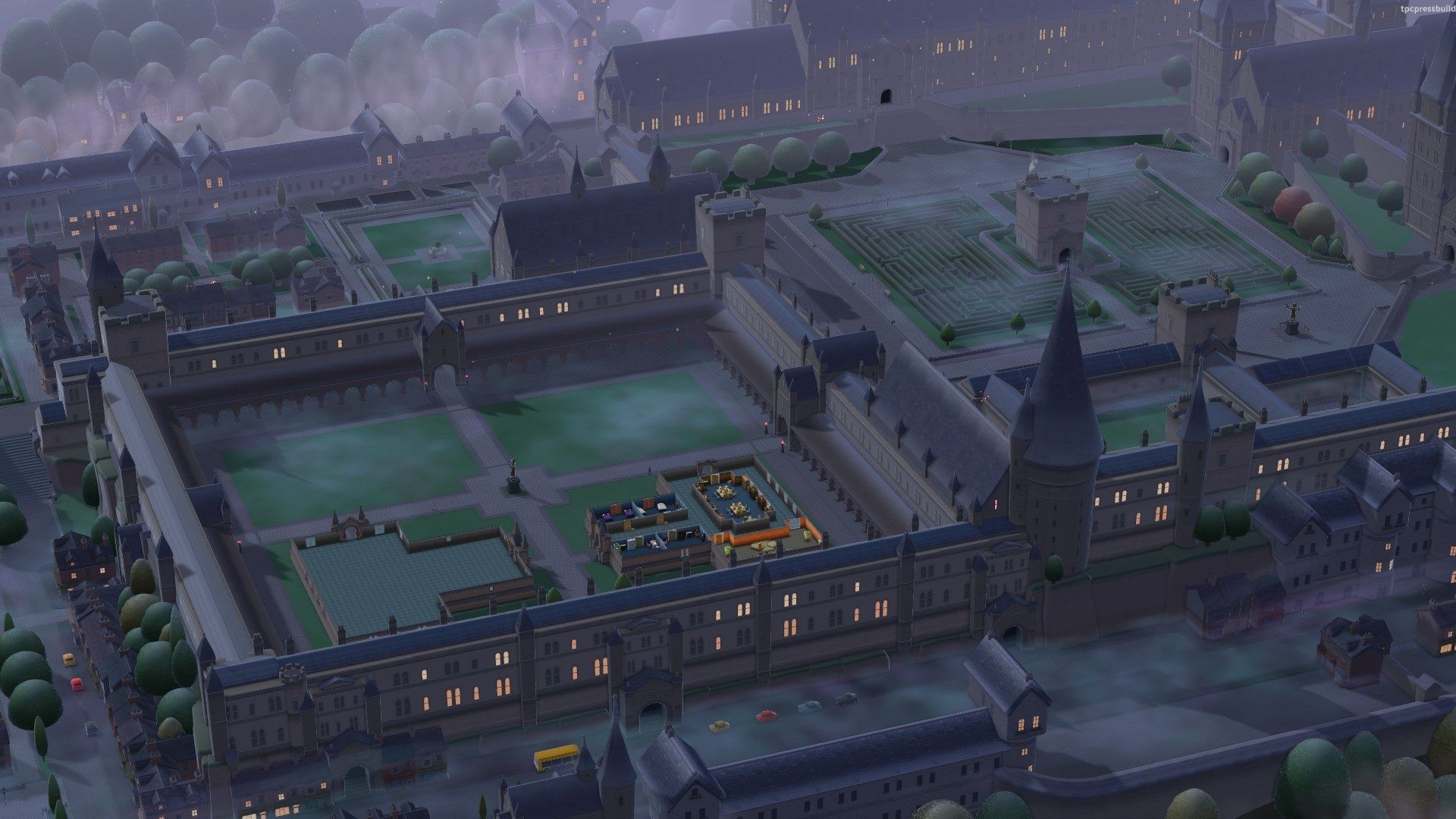 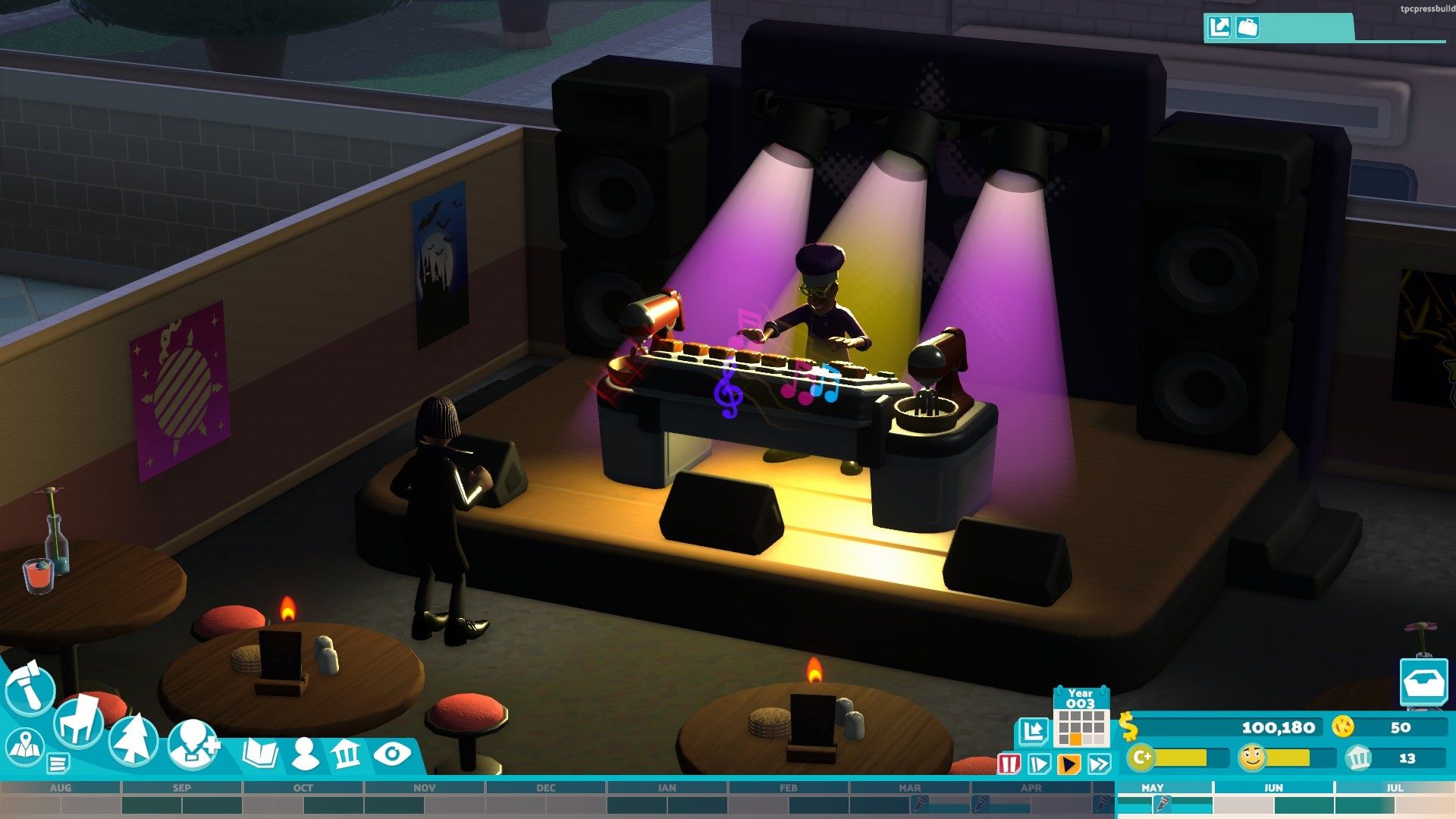 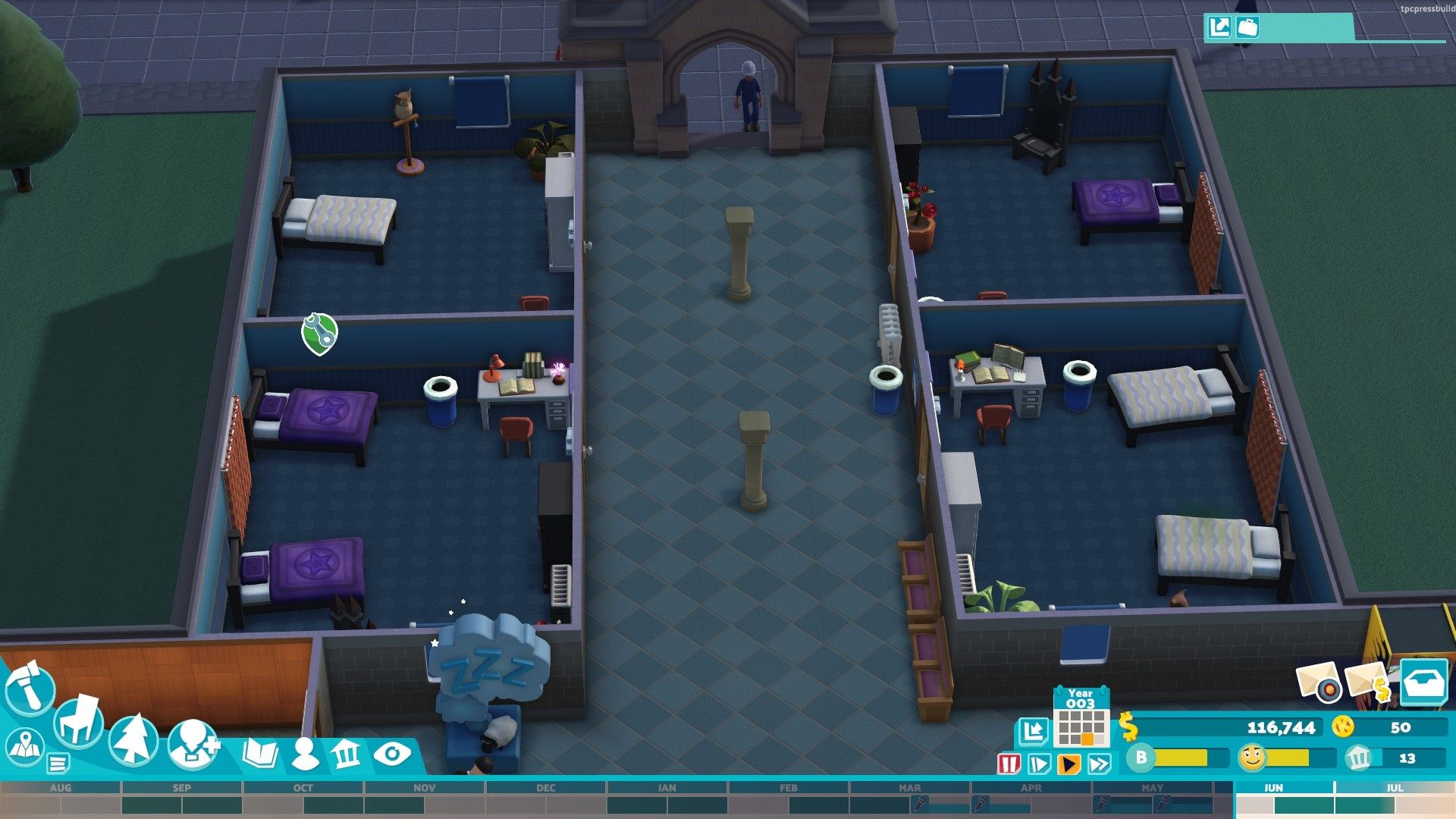 Unhappy students can refuse to pay fees or even drop out entirely, so if you weren’t paying much attention to them before, you have to in Spiffinmore. This was the first level where I took a closer look at dorms. I hadn’t considered the idea of smaller dorms as it didn’t seem efficient space-wise, and though I had dabbled in decorating, it was only here where I went all out. The number of students sharing a room and a dorm’s prestige level can make the students happier and pay more fees to line your coffers. Sure, it might take up more space on your campus, but clearly, there are benefits to switching things up.

The hexes in this level did make me chuckle a little. Seeing students walking around with pumpkin heads and having to get them removed in the Medical Office reminded me so much of Two Point Hospital. 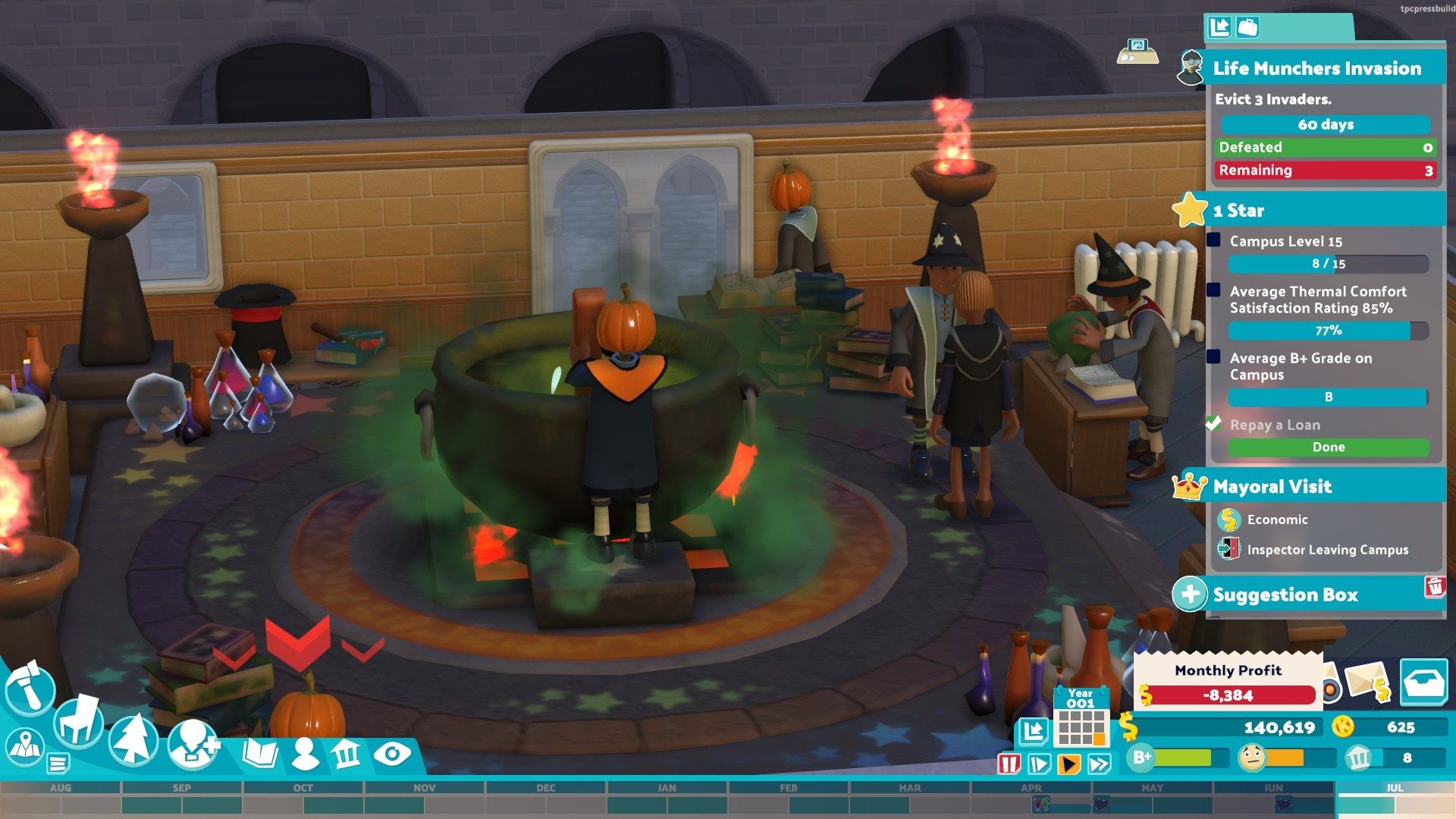 As I’ve already taken the PC version for a test drive, I opted to check out Two Point Campus on console this time. Sim games often work better with a mouse and keyboard as there are just so many buttons and options that having to cycle through things on a controller can feel a bit cumbersome. Still, I prefer playing with a controller, even when on a PC.

If you’ve played Two Point Hospital on console, you’ll find Campus is pretty much the same. The button layout takes some getting used to, but it feels just as natural as playing on a PC after a while. The game played just as smoothly for me as it did on PC, so I have no concerns that it will live up to expectations for console players. I think it’s great that Campus is launching across all platforms simultaneously, rather than players having to wait as they did with Hospital.

Each level seems to increase in both difficulty and whackiness, so I can’t wait to see what the full game offers at launch. Without a doubt, two Point Campus will be a game that I sink hundreds of hours into. Even when I’m well past trying to complete every level and score three stars on each, I’ll still be pumping in the hours to design the best campuses out there, no doubt trying to maintain a theme throughout based on the main courses offered.

Two Point Campus will be launching on August 9, 2022 for Xbox One, Xbox Series X|S, PlayStation 4, PlayStation 5, Nintendo Switch, and PC.