Railjack has been in a sad state for most of its existence. While it’s a cool idea to let Warframe players engage in ship-to-ship combat, the execution of that idea left a lot to be desired. Railjack was complicated, resource-intensive, and the rewards often didn’t justify the amount of time players spent in-mission.

But the worst of it was how Railjack got in the way of what Warframe is all about: fast, intense action, and being a cool-ass space ninja.

So to fix it, Update 29.10.0 takes much of what was bad with the old Railjack and tosses it. Starting with the biggest barrier to entry: resources.

“Cost of ship components and the time it takes for each one to build has been dramatically reduced,” says DE on its website. This will make it a lot cheaper for new players to get a Railjack of their own. And if you’ve got the Platinum, you can just straight-up buy a ready-made Railjack. 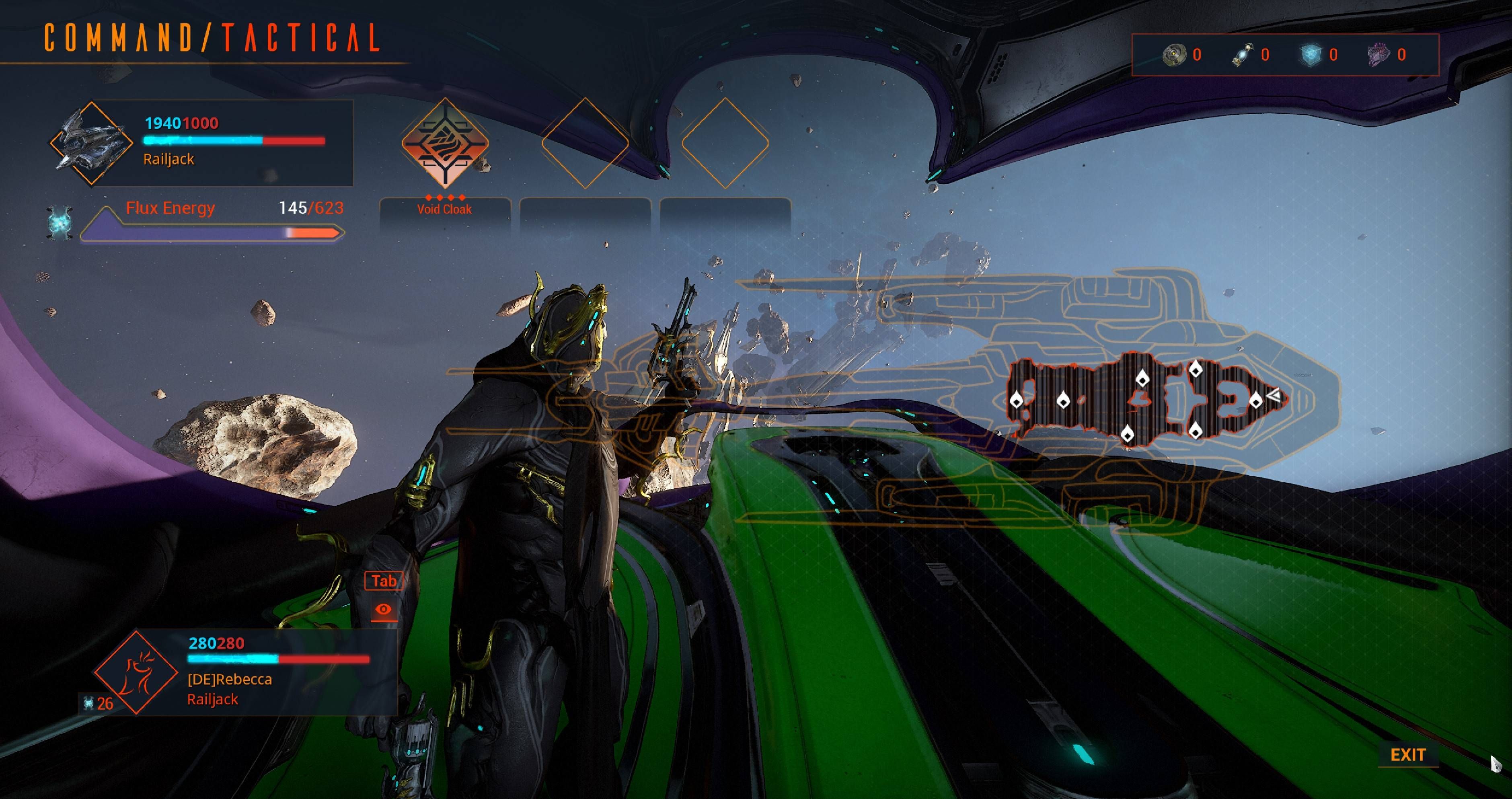 Better still, everything about the old Avionics system has been replaced with a Mod system that all Warframe players are intimately familiar with. Instead of a Railjack having its own equipment, players will bring their own Mods on every Railjack mission. Battle and Tactical mods are similar to their previous Avionics categories, while the new Integrated Mods are personal mods that only benefit the person who brings them.

You can mod your Railjack loadout from the new Plexus screen which can be accessed at any Dry Dock terminal or on your Orbiter. All Dirac has been converted into Endo so you can upgrade your Railjack mods immediately.

Intrinsics (Warframe’s fancy name for the Railjack skill system) have also been reworked and a brand new Intrinsic has arrived. Command Intrinsics basically let you hire crewmates to help defend and operate the Railjack, with more perks making those crew members better at their jobs.

All this sounds great, but what if you already ground out your own Railjack under the old system? There are three tiers of rewards that’ll help you set off on your new Railjack journey. This can include a ton of Endo, new Railjack Mods, Riven Slivers, and more.

There are just as many changes to Railjack missions as there are to building your Railjack. The interior of each Railjack is much smaller, turrets have been moved to the top and bottom rather than on each side, and Railjacks are faster overall. The Railjack sprint bar has been removed with the Dodge maneuver now having a short cooldown. Railjack abilities now consume Warframe energy, and each player has a separate stockpile of ammunition (although Tenno can still craft ammo for everyone on board).

Last, but not least, Corpus Proxima nodes have been added to Railjack with two new mission types. Orphix will have players repel a Sentient invasion in a very similar way to the previous Orphix Venom event, and Volatile nodes will have Tenno sabotage a Corpus ship.

Update 29.10.0: Corpus Proxima & The New Railjack arrives “in the next week or two” on PC and will pave the way for Update 30: Call of the Tempestarii.