VALORANT is a game with strong intentionality. It doesn’t try to be too much, sticking to a classic formula and executing it with style and ease. The 5v5 tactical shooter isn’t perfectly original either, but it doesn’t need to be. With the recent launch of VALORANT‘s beta, it has become increasingly clear that Riot Games has already built a strong contender in the FPS genre.

Without fail, the character-based shooter has been endlessly compared to Counter-Strike: Global Offensive and Overwatch, and for good reason. VALORANT takes CS:GO‘s match format and combines it with graphics and characters similar to those in Overwatch. Playing the beta, I couldn’t help but notice plenty of the borrowed DNA; Nevertheless, it still felt unique and fresh. Round-based gameplay, memorable characters, smooth movement, responsive weapons – VALORANT stuffs all of the good flavors from other shooters into one dish, except it still (somehow) tastes good. 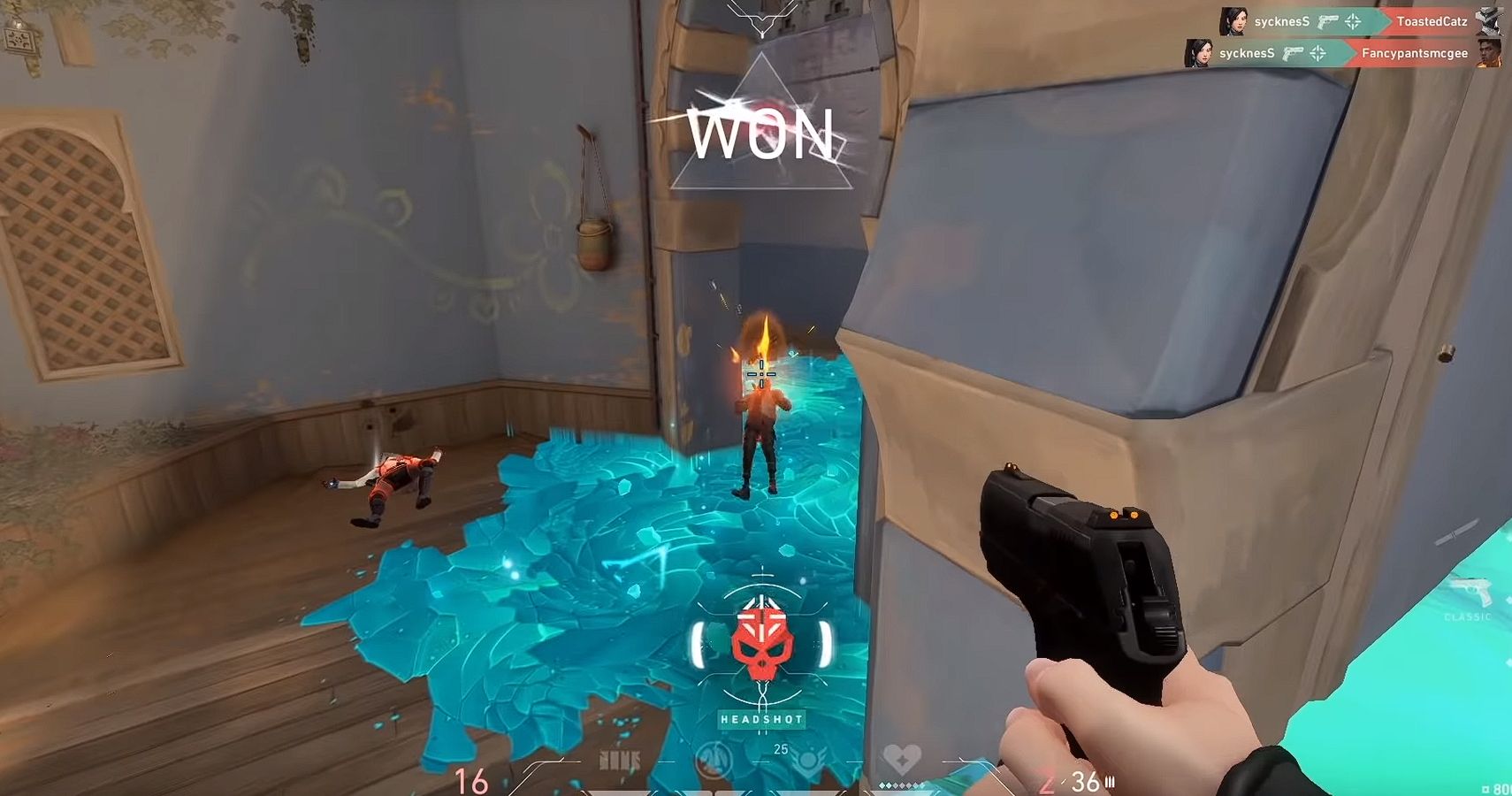 “You have to want to win; You have to want to master it; You have to want to get better.” Regarding audience, VALORANT‘s Product Manager Anna Donlon summed things up quite well. “If that is not you – this might not resonate, and that’s okay.” As polished as the beta already is, the game will certainly not be for everyone. By design, it caters to those who are hellbent on competing at a high level.

That being said, it isn’t naturally fast-paced; it isn’t kinetic. FPS players who are used to quick “fight-die-respawn-repeat” gameplay will have a lot to adjust to.

The running joke is that CS:GO players will have a field day by dominating all who dare oppose them. Yes, there are some brutally skilled players that can make you feel useless, but they will always exist in multiplayer games. I personally hadn’t played a single game of CS:GO going into VALORANT‘s beta, yet I’ve had a blast with the game so far.

Getting The Backing It Requires

It’s no secret that a game’s longevity will often depend on long-term developer support. Right now, Riot is making a strong impression. They talked a big game leading up to VALORANT‘s beta, but they seem to be backing it up. Communication has been on-point every step of the way, which, to be frank, has been lacking with other unnamed developers.

The below Twitter thread is a great example demonstrating why Riot is showing promise in this regard.

This is the first clip I’ve seen of a blatant cheater in VALORANT, and someone from Riot responded within an hour. Considering how Twitter isn’t the proper medium to report hackers on, that response time is stellar. As a disclaimer, I’ve yet to run into any suspicious players in the beta. Hopefully that number remains low, but the team at Riot seems determined to do everything in their power to keep their game’s integrity uncompromised. If they stick the landing at launch, it would be unsurprising to see VALORANT to blow up into an esport.

Riot’s marketing strategies have been equally as impressive. Their stylish promo videos aside, beta key bribery was a surefire way to gain traction fast; Twitch’s VALORANT category often sits at well over 1 million viewers – nothing to bat an eye at.

With VALORANT, Riot is taking a classic formula and modernizing it. Although it will certainly undergo changes before its launch this Summer, the beta already leaves a lot to be admired.