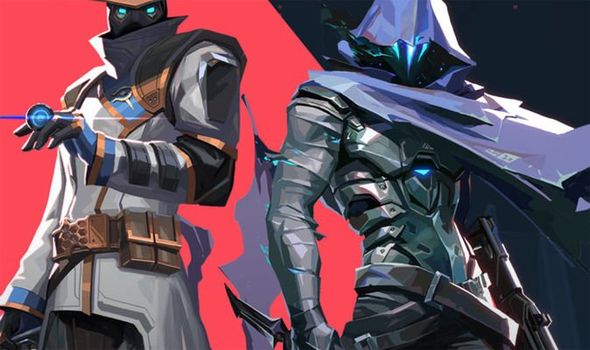 Valorant update 1.01 is out now, as Riot releases a new selection of patch notes.

“These are lighter, sure, but Patch 1.01 continues our effort to improve performance, this time focused on a smoother combat experience as well as additional support for high spec machines.

“Our new mode, Spike Rush, gets an injection of new Orb types to play with. For example, a Golden Gun Orb that lets you one-shot anybody with the quickness.”

As for Sage, the range of her Barrier Orb is reduced from 20 to 10 meters. Riot explains more: “As a Sentinel, Sage is supposed to be most effective when defending territory that she already controls.

“The 20m cast range was allowing Sage to aggressively take control of neutral territory in a way that was inappropriate for her role in Valorant.

“This range reduction aims to keep her strong while defending territory but reduce her efficacy at taking ground.”

You can see the full list of Valorant update 1.01 patch notes below…

• As a Sentinel, Sage is supposed to be most effective when defending territory that she already controls. The 20m cast range was allowing Sage to aggressively take control of neutral territory in a way that was inappropriate for her role in Valorant. This range reduction aims to keep her strong while defending territory but reduce her efficacy at taking ground.

• The Full Ultimate orb will always be available

– SFX/VFX only play while actually healing

– Vision is greatly reduced (and a small Field of Vision shift)

– Perfectly accurate at all times

– Only has a single bullet in chamber and 2 backup rounds

– Kills grant an additional round

• New pre-round HUD element that shows the weapon & potential orb types for the current round.

• Players now get 1 ultimate point for collecting any orb.

Our performance work this patch primarily focuses on improving performance during combat and general performance improvements for high spec machines. The game should feel even smoother in combat and many scenes will likely have higher average FPS depending on your spec.

• Combat Perf : We were able to fix a number of things causing dips during combat.

– Skins for 9/10 players were failing to pre-load in the game. The first time you’d come across these skin in-game you’d experience a drop in framerate.

– Reduced frame dips that would occur when a kill callout was added or removed to the hud.

• +FPS on Mid to High Spec : We were able to improve CPU bottlenecks in a few places across the code as well. Lower spec machines may still benefit from some of these improvements but would only see the gains during combat.

– Multithreaded rendering improves performance in scenes where the cost of managing objects that need to be rendered exceeds the cost of the game simulation and the cost of actually rendering the scene on the GPU. These conditions most commonly occur when moving through scenes with lots of objects visible (ex. Split attacker spawn) and in cases where the game simulation doesn’t require much work (ex. practice range, out of combat gameplay, etc.).

– Multithreaded vision cones; minimap vision cones will now compute on another thread, if it’s able to

– Large VFX passes across all maps, this reduced the CPU side cost of these particles by allowing the GPU to do more of the simulation

• Added a setting that allows the inventory to always appear

• In the shooting range, changing character now uses a lightweight and more performant UI than the flow going into a match

• Fixed issue where translucent particles, like smoke layers, would show through Reyna’s Nearsight.

• Fixed a bug with the Bullet Tracers setting, having this setting active used to also disable muzzle flash on some weapons in addition to tracers

• Fixed a bug where the defuse bar was duplicated

• Fixed voice input/output devices and settings not persisting across sessions

• Fixed a slew of localization issues across end of game screens

• Fixed a handful of visual issues across end of game screens

• While on the Agents page, clicking on COLLECTION now correctly navigates back to the Arsenal page