In collaboration with ConsoleVariations.com, a website dedicated to cataloging and preserving rare and unique game consoles, YouTube channel DidYouKnowGaming? recently put out a video that showcases the rarest Nintendo consoles ever made. Many of these consoles are one of a kind, and consequently, extremely valuable.

Take the case of the N-Zone Nintendo DS, for example. The blue-painted first-gen Nintendo DS was originally commissioned by German Nintendo fanzine N-Zone as part of a giveaway contest back in 2005. Along with a bunch of uniquely colored and customized Nintendo consoles, the N-Zone DS came with an image of N64’s Mario painted on the case.

Only one of these special N-Zone DS handhelds were ever made, with ConsoleVariations.com placing its value among collectors at around $3,000.

A console doesn’t necessarily need to be unique to be expensive, however. Nippon Airlines partnered with Nintendo to produce around 2000 special charcoal N64 packages, each including a copy of Hey You Pikachu and Pokemon Stadium. Nippon Airlines is a well-known Nintendo and Pokemon partner, with many of its aircraft painted with starter Pokemon from each generation.

In 1999, Nippon Airlines raffled off these special Pokemon N64s to anyone who flew with them. If your seat number was selected, you’d later receive a crate with the Nippon Airlines N64 and two game cartridges. Total value for one of these packages currently stands at $4,000 if it’s still unopened.

But perhaps the most ostentatious custom Nintendo console out there was made in celebration of LA Noire’s remastering back in 2017. Rockstar commissioned a single custom console to be made for each platform the remaster launched on, and that included the Nintendo Switch. The LA Noire Switch was painted jet black with an intricate gold design that mirrored the 1930’s aesthetic of the game. There was even a Rockstar logo painted on the back. 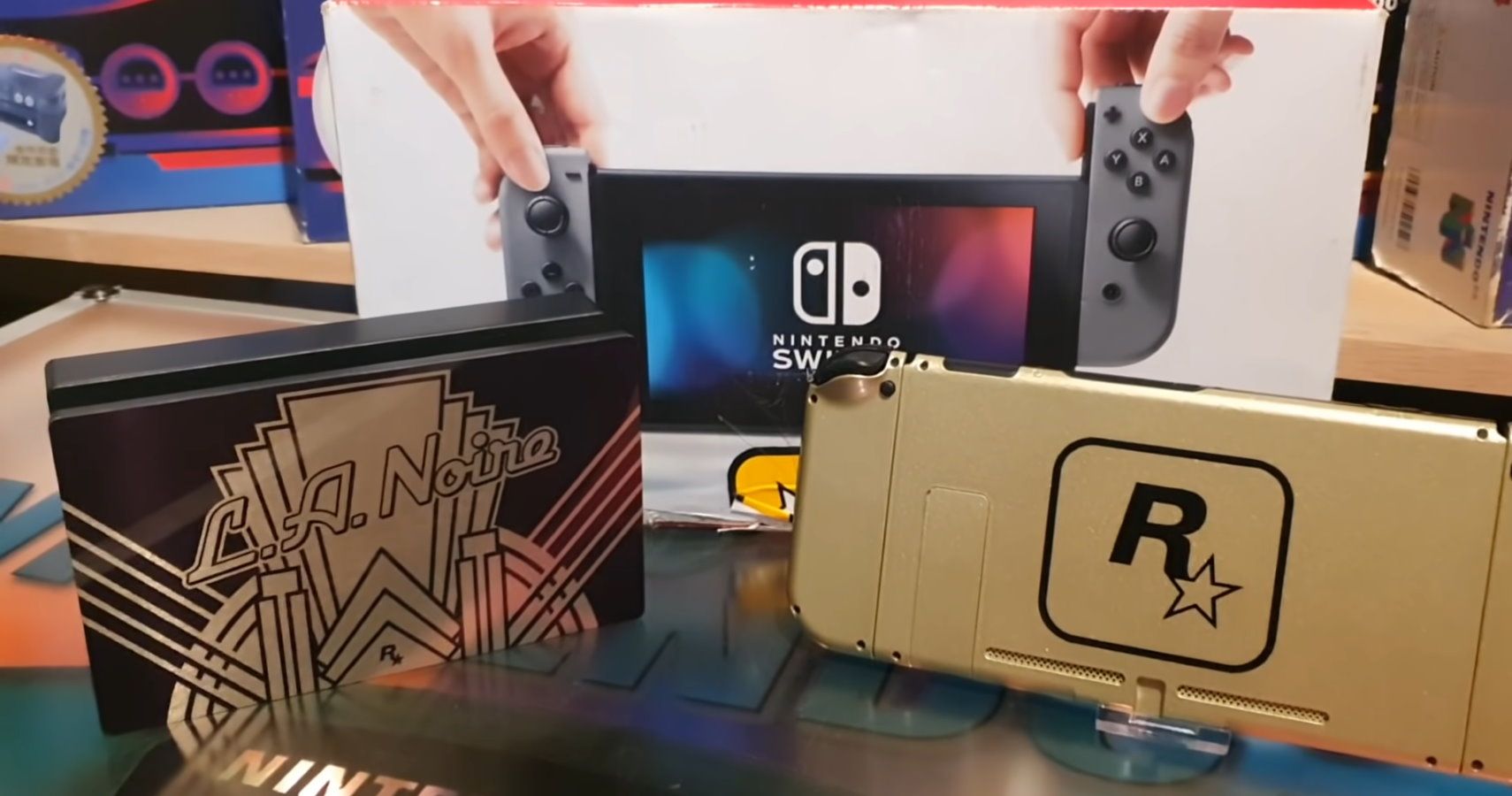 Only one of these Switches was ever made, and it was given away in a contest one month after the game was released. It was soon spotted online being traded around various Facebook groups, with an estimated price today of $2,000.

There are more consoles than just the ones mentioned here, so check out the video above to see even more rare goodies.