Completing Warframe's "Veilbreaker" quest unlocks Kahl's Garrison, a new Syndicate that levels up through weekly activity completions. Play as Kahl-175 in weekly story missions to upgrade your garrison, unlocking new Kahl customization options and some powerful gear for your Warframe.

Leveling Kahl's Garrison will grant access to powerful Archon Mods—mod variants that have an elemental-themed secondary bonus—components for the Styanax Warframe, and blueprints for new weapons. If you're looking for another source of Archon Shards or just want to expand your arsenal, you'll want to level up Kahl's Garrison. This guide will show you how. 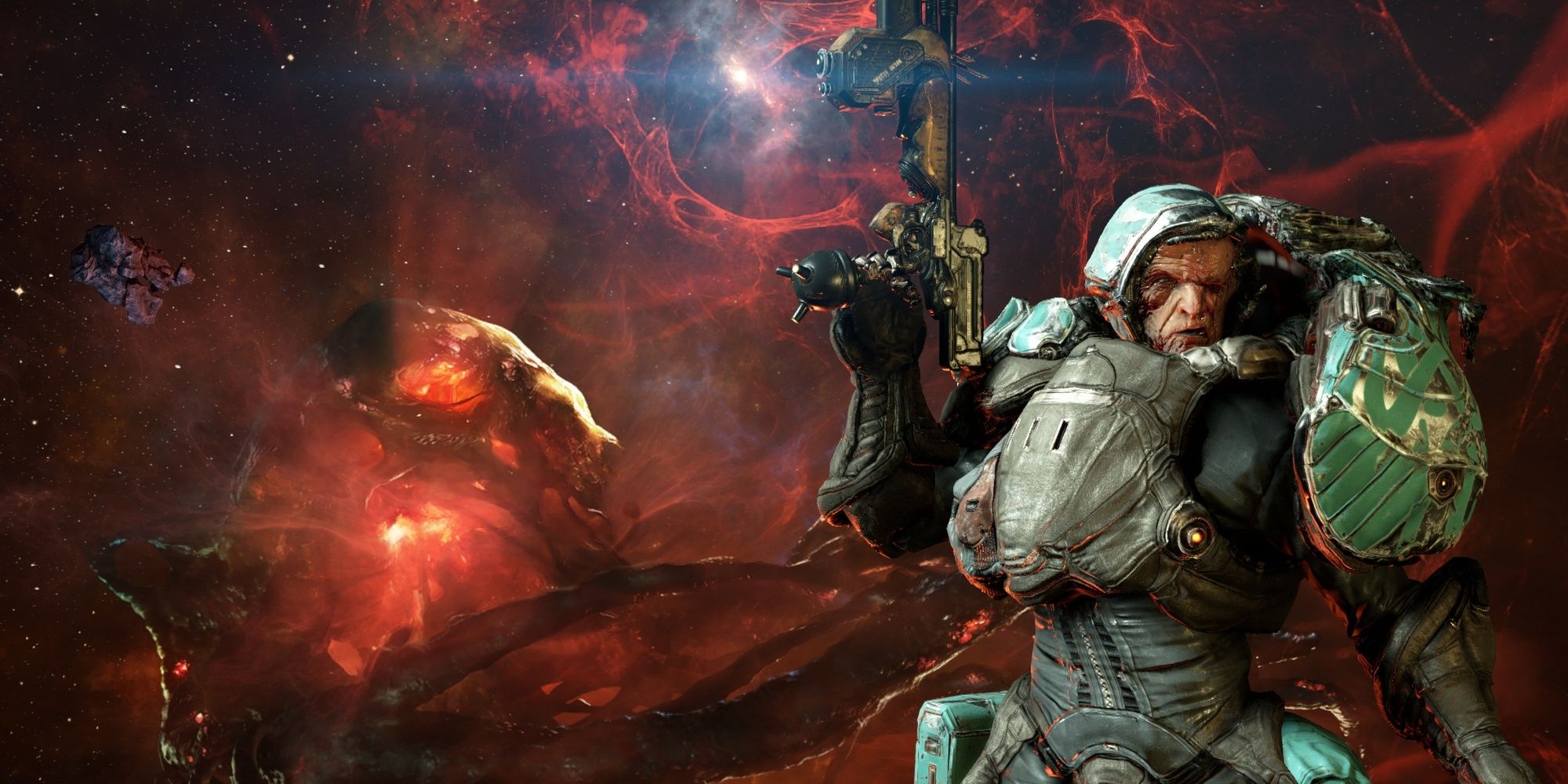 To unlock Kahl's Garrison, you must complete the "Veilbreaker" quest, an epilogue to "The New War." Completing this quest will relocate Kahl to the Drifter's Camp. If you aren't already using the Drifter's Camp, you can swap to it from the Earth nodes on the Star Chart.

Once unlocked, head outside your Orbiter to find Kahl's camp just up the path. You can speak with Kahl to start his weekly mission, browse Chipper's offerings after you complete the first Veilbreaker weekly mission, and customize Kahl from a nearby appearance station. 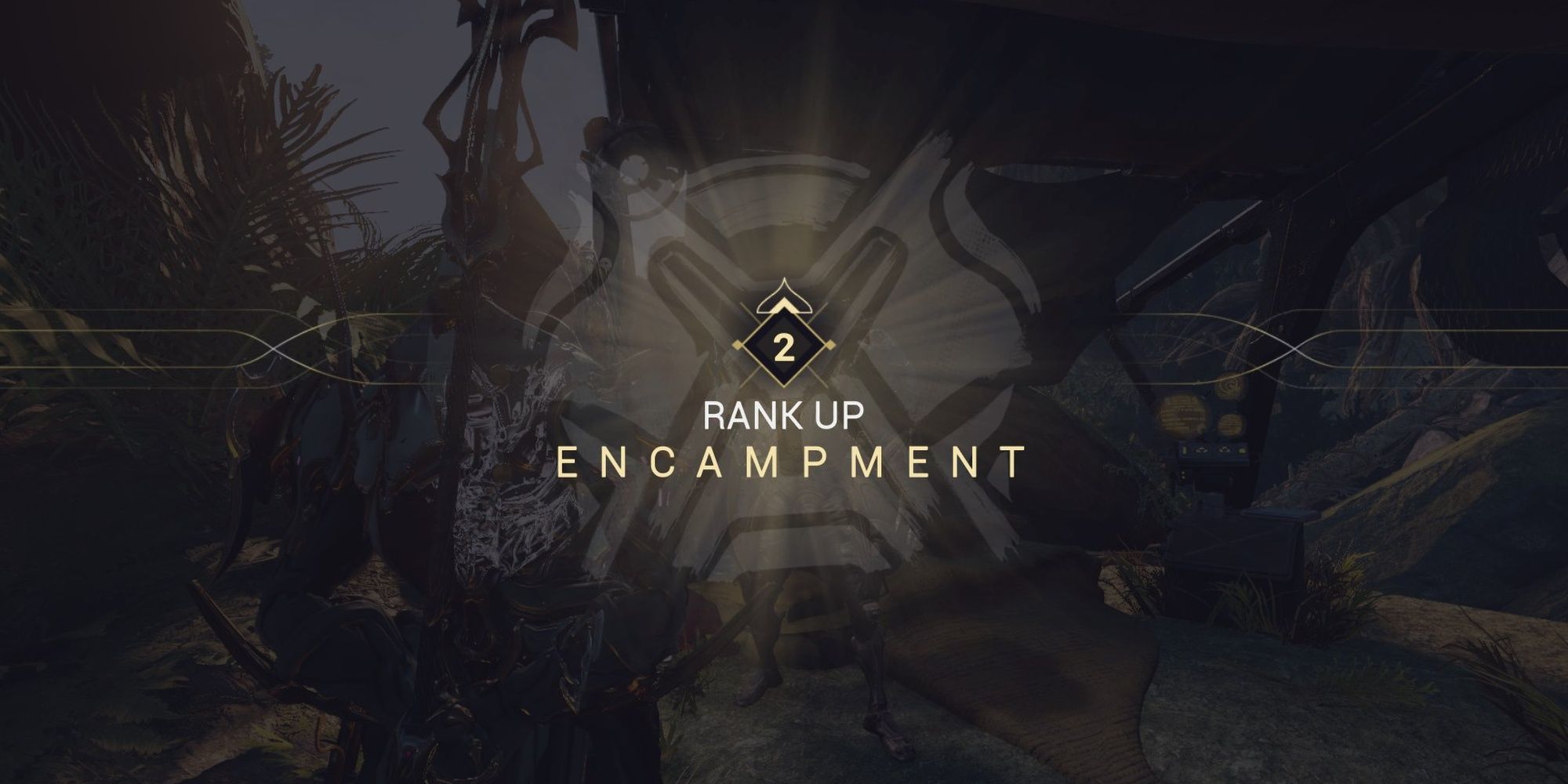 Kahl's Garrison has five ranks, similar to all other Syndicates. Players start at rank one by default. Since you can only complete one mission each week, it'll take four weeks to reach max rank with Kahl's Garrison, unlocking all of Chipper's Offerings and Kahl's customization options. 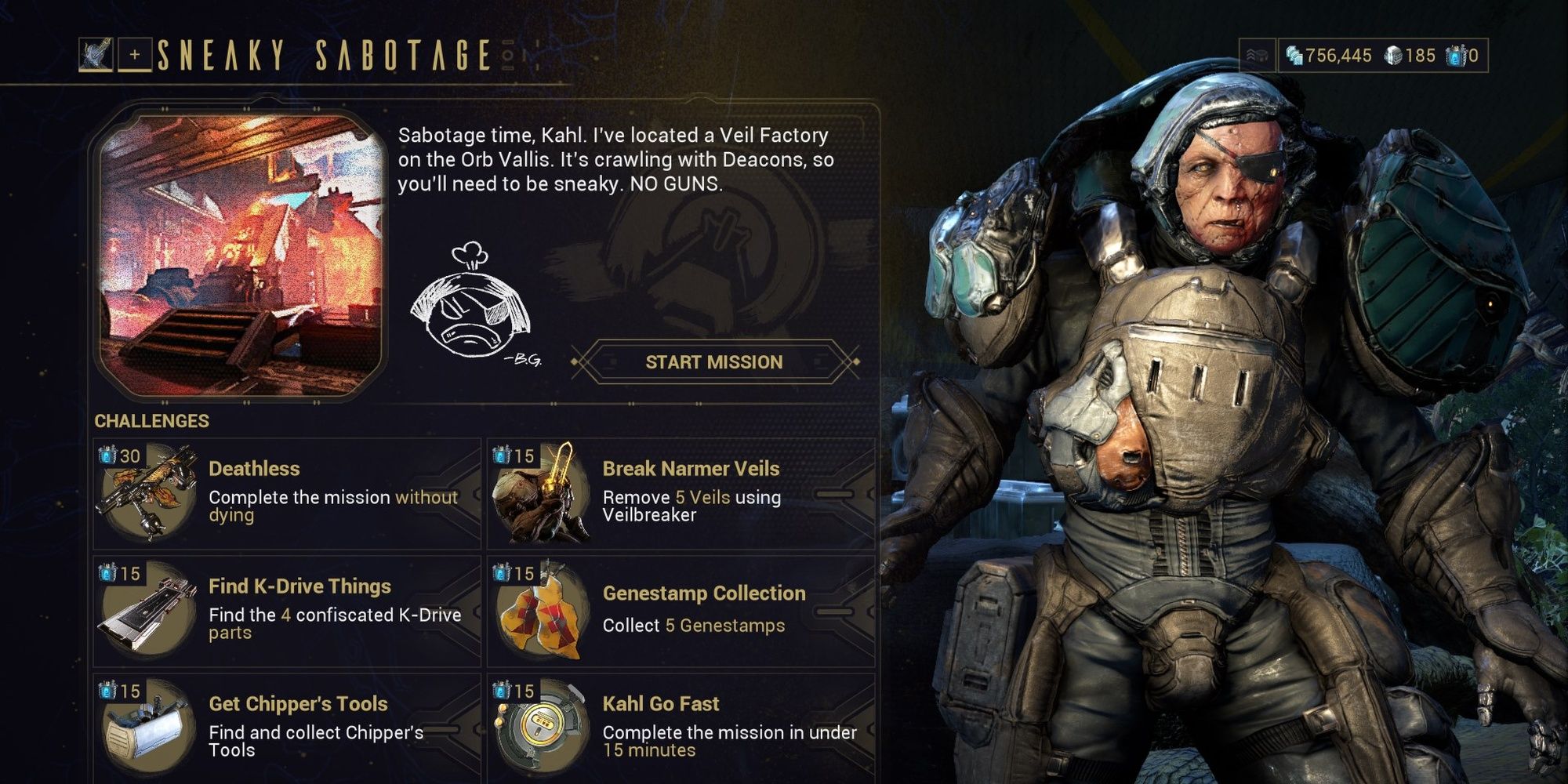 Each week, players can visit Kahl at Drifter's Camp to complete a weekly mission, granting Stock and Garrison ranks when completed. Weekly missions are set to your personal progress, not a weekly rotation. There are three weekly missions:

Each mission also comes with six side objectives. Completing these objectives will reward Stock, a currency used to purchase items from Chipper. You can earn up to 105 Stock per week, achieved by completing all six weekly challenges. You can run a weekly mission multiple times to complete the challenges; not all six challenges need to be completed in the same run. 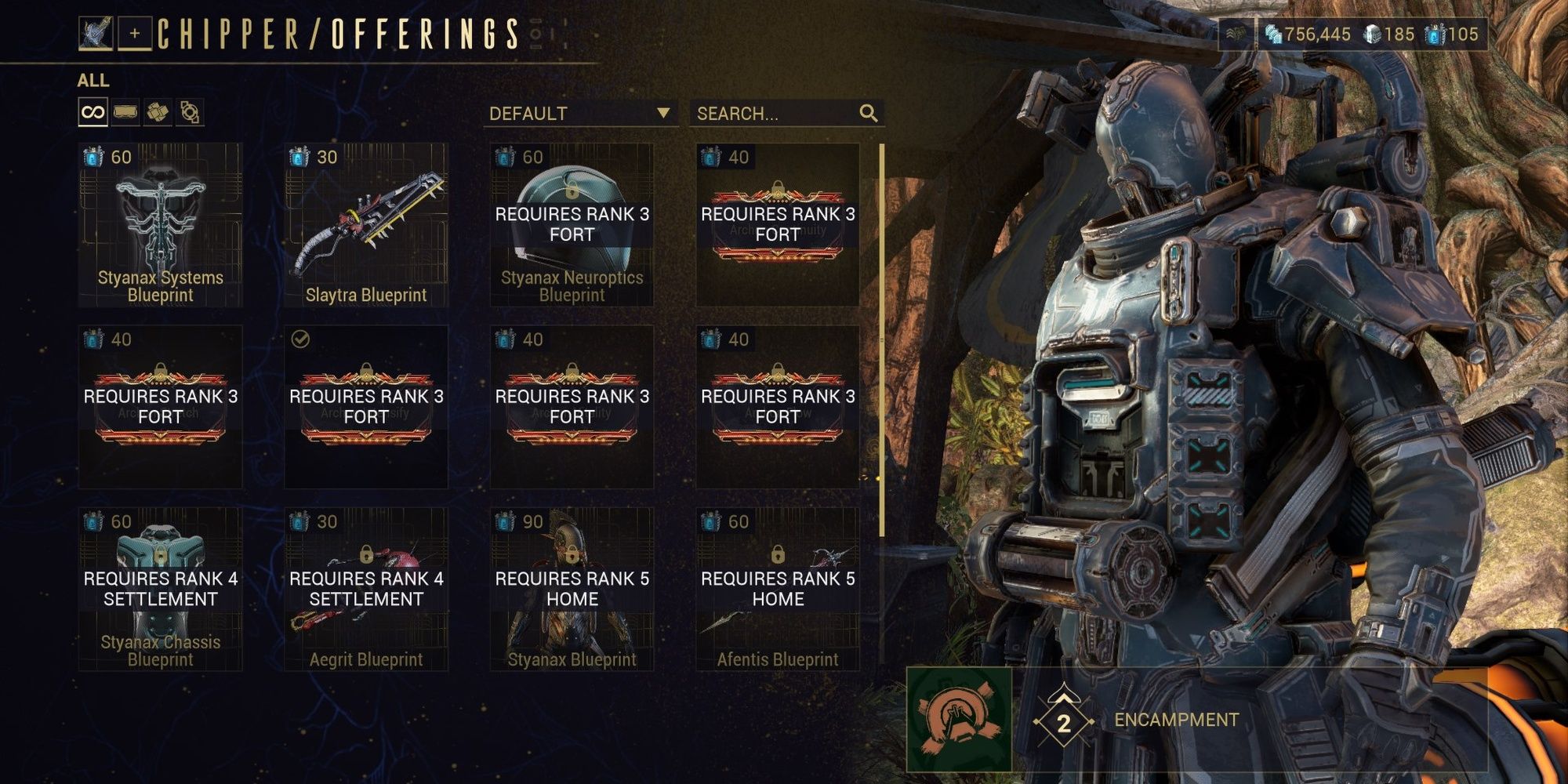 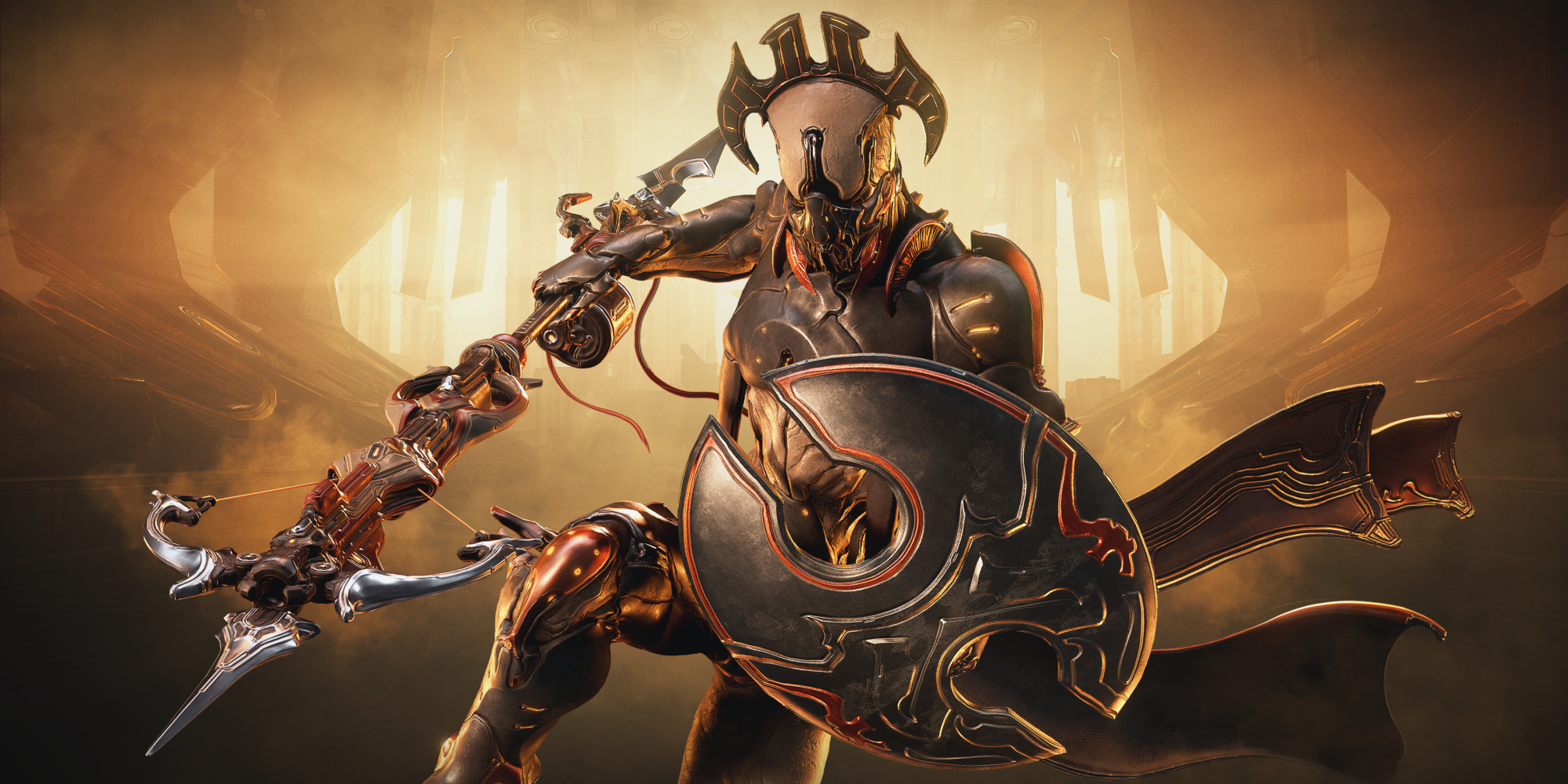 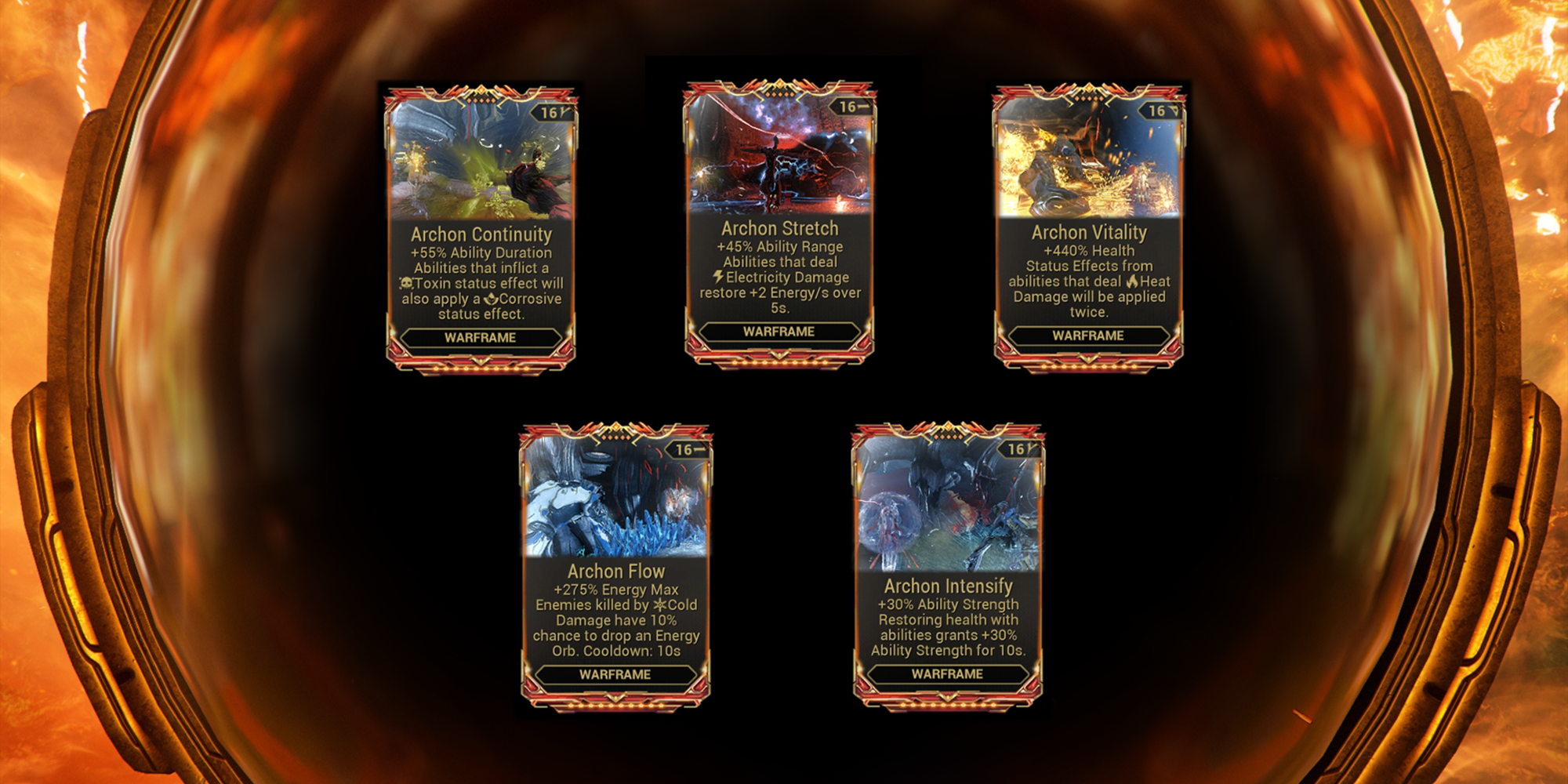 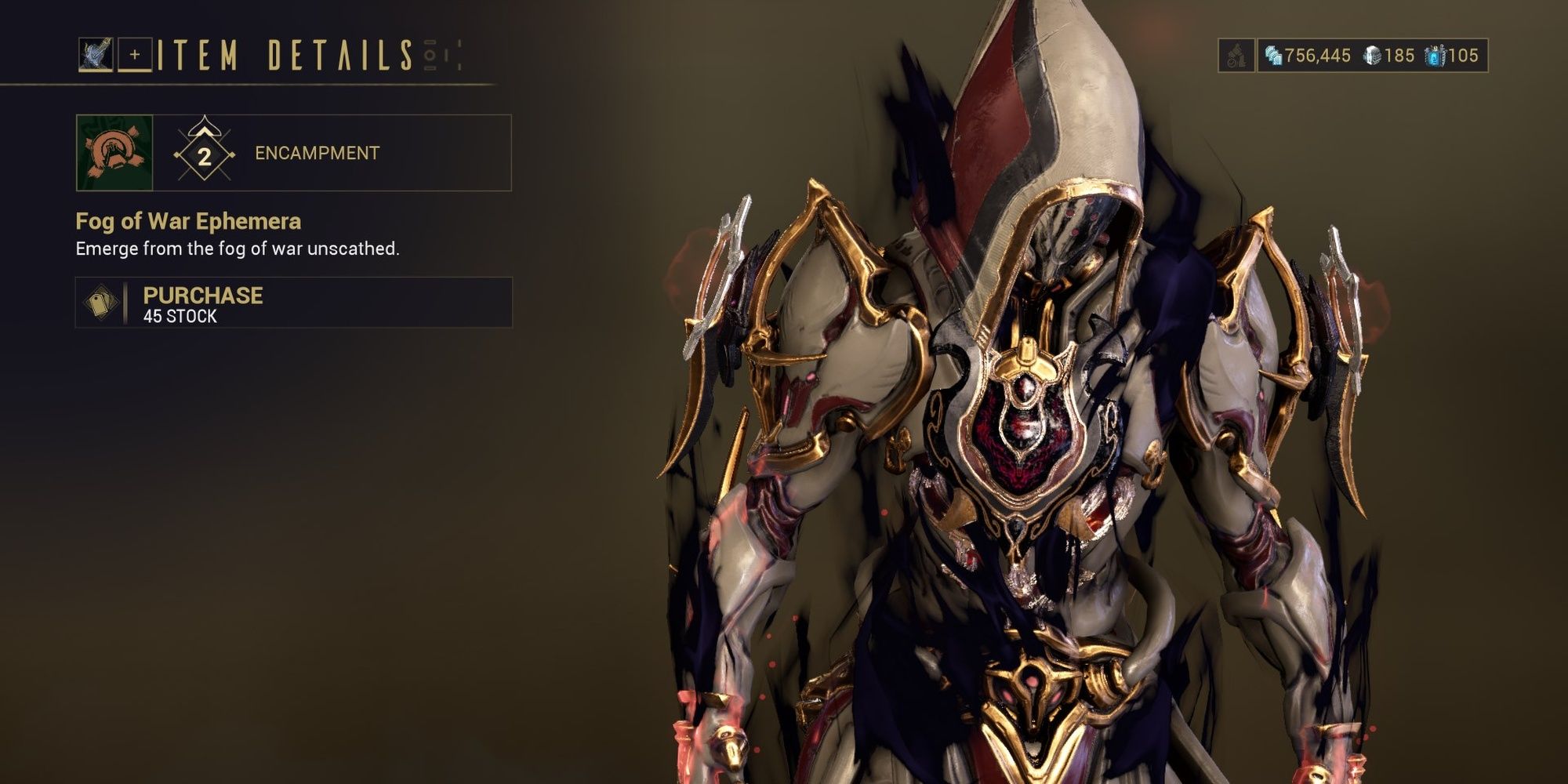 Chipper is a vendor that appears after you complete the "Sneaky Sabotage" weekly mission. You'll find him beside Kahl at the Drifter's Camp. Purchasing anything from Chipper will require Stock, a currency obtained by completing Kahl weekly challenges.

Besides the weekly Archon Shard, every offering is static and does not rotate. The Archon Shard rotates with every Archon Hunt reset. It's currently unknown if Chipper can sell Tauforged Archon Shards.

*Crystal type rotates weekly. Can only be purchased once per week.