If you're unaware of the work of Japanese developers iNiS and NanaOn-Sha, they're responsible for some of the best rhythm games ever made. The former: Gitaroo Man and Osu! Tatakae! Ouendan. The latter: PaRappa the Rapper, Um Jammer Lammy, and Vib Ribbon. Now imagine these studios joining forces to create a modern spiritual successor to these classic games. Incredible, right? Well, we almost didn't have to imagine it. It almost really happened.

In 2017, indie publisher Rice Digital launched a Kickstarter campaign for a game called Project Rap Rabbit. This was to be a dream collaboration between the aforementioned studios, combining their respective energies to revive the rhythm genre for a new audience. The funding goal was around $1 million, but in one of gaming's greatest tragedies, it only raised $190,000. The game was cancelled when it failed to meet its target and has been dead ever since. 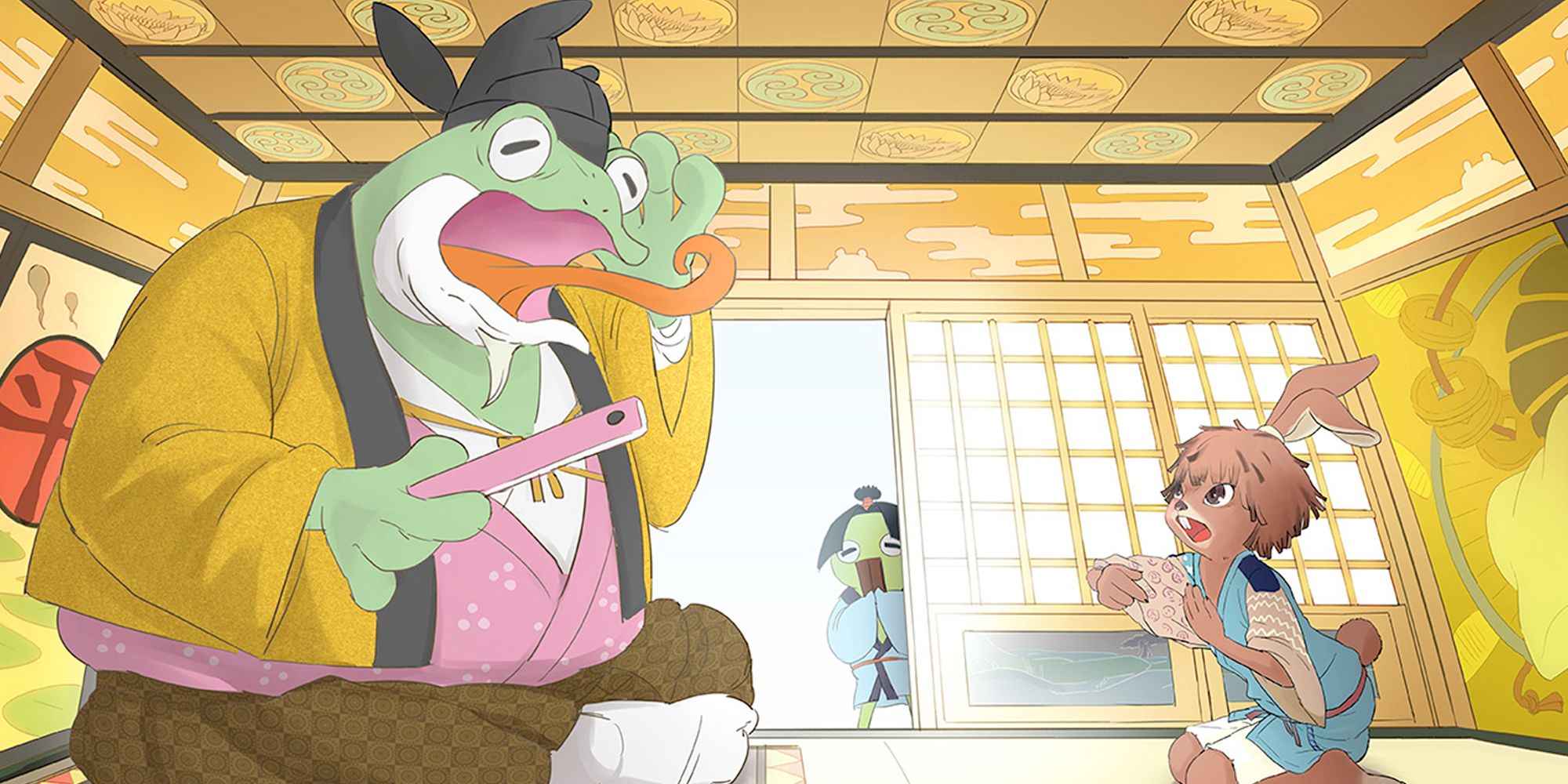 It's not the public's fault, though. The Kickstarter campaign was rightly criticised for having no real gameplay footage, just a very basic looking proof of concept. Worst still, there was no finished music. Gitaroo Man and PaRappa the Rapper feature some of the best songs in video game history, and a sampler of Project Rap Rabbit's soundtrack would have gone a long way. A screenshot and some (admittedly very nice) concept art was all they showed us.

It sucks that the crowdfunding failed, because Project Rap Rabbit sounds like an interesting, unique take on the rhythm genre. Set in 16th century Japan, you play as a rhyme-spitting rabbit named Toto-maru. Each stage is a rap battle with three phases: Listen, Respond, and Rap. Why are talking animals battle rapping in Sengoku era Japan? Just go with it. In the first phase you listen to your opponent rap, picking up words to use against them when it's your turn.

In the Respond phase you're presented with a Mass Effect-inspired dialogue wheel, from which you choose an emotion to rap back with—whether you're boasting, joking, or goading your opponent. Then, finally, you hit them with your own rap, combining elements from the first two phases. Without seeing this in action it's hard to gauge how well it would work, but it sounds wonderful. If anyone could have pulled this concept off, it would've been iNiS and NanaOn-Sha.

But we may never know. A few months after the campaign launched, Rice Digital admitted defeat. Years later and there's been no mention of Project Rap Rabbit, suggesting the project is permanently on ice. In a Kickstarter update the developers said they were shopping the game around at E3, but the radio silence probably means they were unsuccessful. There's a potentially amazing game waiting to be made here, and it kills me that no one will take a gamble on it.

But c'mon, a million bucks is nothing in the games industry. One of the bigger indie publishers could score serious points by funding this game. The pessimist in me thinks Project Rap Rabbit might never see the light of day, but I still have a tiny kernel of hope that someone will rescue it. It's time for the rhythm genre to make a comeback, and there are no better developers to lead the charge. In the words of the world's most famous rapping canine: we gotta believe.