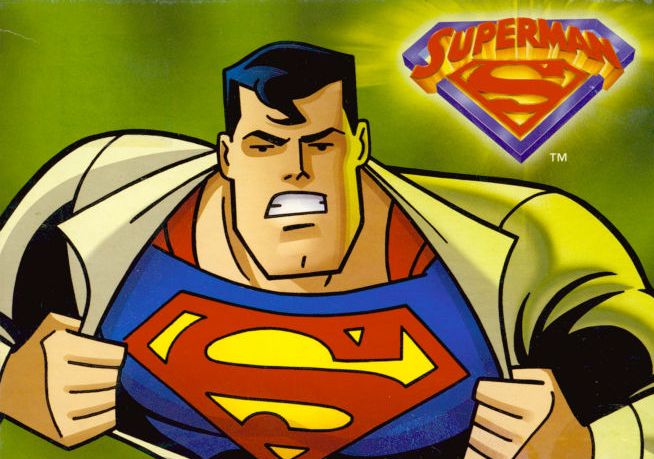 Readers are asked about the games they most regret buying from their childhood, including the likes of Spider-Man 3 and Body Harvest.

The subject for this week’s Hot Topic was inspired by reader Iceman and asked what sort of success rate you had as a kid, in terms of the quality of the games you picked, and how you made your choices.

Everyone’s made a mistake like this at least once, or had one forced on them via a birthday or Christmas present, although Virtua Racing on the Mega Drive was the only name that came up more than once.

Unbeatably bad
I’d be impressed if anyone can beat my story as I was actually bought Superman 64 for my birthday. You hear about this game a lot, being one of the worst of all time, but I’ve never met anyone that has actually played it… except me.

I’m not really sure why it was bought for me. I wasn’t especially interested in comics, although I probably did have a few with Superman in it so maybe my mum just saw that and made the connection. Whatever the reason it was proudly presented on the big day and I had to pretend to be grateful even though I knew instantly what it was and the reviews it had gotten.

Of course, I had to play it but I can tell you the reviews were not lying. How that even got released I’ll never know but there it is. I’d actually quite enjoy owning now, given its reputation, but I don’t know where it got to. Let’s just say it didn’t get a lot of play once I’d made sure not to upset my mum about it.
Loco

GTA 2.5
I remember getting Body Harvest and hating it. I don’t rightly recall whether it was a present or not but it was certainly a waste of someone’s money. It did get good reviews, or at least reasonable ones, and I remember really looking forward to the open world exploration and getting in all the vehicles and everything.

The graphics were terrible, which wasn’t necessarily an issues but it was also really slow and really hard. One of those old-fashioned games that just seems to hate you and wants you to fail. It’s different to something like Dark Souls, which is firm but fair, and I’d imagine the main problem was simply that it was badly main.

The funny thing is though it was the direct predecessor to GTA 3 by the same developer. There’s only three years between the two games and I’m sure GTA must’ve ended up using a lot of the same ideas and even technology.

I don’t remember Rockstar ever acknowledging it since but I actually would like a remake as, like I said, I like the idea. Just not the game itself.
Baker

Epic disappointment
There was a game on the Amiga called Epic which seems to get completely forgotten almost as soon as it was released but before that it was hyped for months as a Star Wars style space shooter with amazing 3D graphics (for the time) the likes of which had never been seen.

I dutifully saved up my paper round money and the end result was… well, there’s a reason the game was forgotten. I beat it on my first playthrough in a matter of hours and that was without using the cheat code that had, strangely, been included in the manual.

Obviously I liked spaceships and all that but the reviews at the time had been very good. Only later did I find out that they’d all reviewed early, unfinished versions and when Amiga Power got round to reviewing it months later they gave it a, sadly deserved, 34%.
The Colt

Wrong Eye
The game I regret buying the most would be Spider-Man 3 on PlayStation 2. I was a huge fan of the Spider-Man 2 game on PlayStation 2, which is considered by most to be the best Spider-Man game until Insomniac’s game came out. So I was eagerly anticipating more of the same, but it was just so bad I don’t know how they got it so wrong. It’s only a few years later, as I became more interested in the industry as a whole, that I discovered that it wasn’t the same team who made it, which probably explains it.

As a gift, I remember asking for GoldenEye: Rogue Agent for Christmas one year, I had never played a first person shooter up to that point in my life but had always heard about how amazing GoldenEye 007 was so I figured this game would be inspired by it and maybe make some improvements. I was very wrong, as it was awful and nearly put me off the genre until I played Half-Life 2 a few years later.
Angry_Kurt (Twitter)
Now playing: Zelda: Skyward Sword (Switch) and F1 2021 (Xbox Series X)

All good
I’m not sure this counts, because I did enjoy the game (especially two-player with a mate) but I remember spending £70 on Virtua Racing on the Mega Drive. £70, for one car and three tracks! And a cartridge about the same size as the Switch!

I’m not sure how I justified that to myself as a child and it’s way more than I’d spend today, even taking inflation into account. Although I probably spent a similar amount in total a bit later on, and over a few years, on Daytona USA and Sega Rally in the arcades (50p a go each), so perhaps it was money well spent?

The only game I think I’ve ever been actually disappointed by is Sonic The Hedgehog 3, which left no lasting impression whatsoever. I couldn’t name a single level from that game now, despite the first two games being seared into my memory. I’ve not played a Sonic game since, although as most seem to have been awful it seems I’m not missing much.

I had a pretty decent success rate as a child. I’ve enjoyed reading about games for as long as I’ve been playing them, starting I think with Mean Machines and C&VG, then Mean Machines Sega and Nintendo Magazine System, then Edge and GamesTM, and now online only. And of course Digitiser/GameCentral has been a constant – it’s been difficult to make a bad decision to be honest!
Julian

Interesting story
Game regrets… as a kid I wanted something for my Spectrum that’s long forgotten for Xmas but I didn’t get whatever it was. Instead, I got BC’s Quest for Tires.

My dad explained that he thought the story on the back of the cassette sounded interesting. It was utter rubbish and far worse than the not-all-that-fantastic C64 original. Bah humbug!
dsb

Racing Devolution
A game by the name of Racing Evoluzione (or Apex, as it was known in North America and thus Metacritic) on the OG Xbox. I read the Official Xbox Magazine review and remember it was extremely positive, the wiki page shows it was given an 8.9/10.

The racing was a pack racing style game, with massive amounts of rubber banding. I remember the settings were nice and the graphics were fine, but the racing was pretty dull with poor AI. The game just had a standard carer mode, but it was called Dream Mode where you added parts to your car every few races or so. Not that this changed the actual handling of the car or racing too much, and it was all very meh. Definitely a long way off a full price purchase and lesson learnt. From recollection, think GC gave it a poor score, but I am unable to find the link.

When investigating the game after writing this, I came across GameZone’s comment on the game: ‘The physics need major work, the AI seems a little funny, the sound is terrible, and frankly, the racing just isn’t that exciting’ – For what probably reads like a 3 or 4/10; amazingly, they gave the game a 7/10!

Unless it is a Game Pass game or given away free with PS Plus/Games with Gold, I will always read reviews first, with very few exceptions (those being F1 games and mostly anything Nintendo first party).
NatorDom