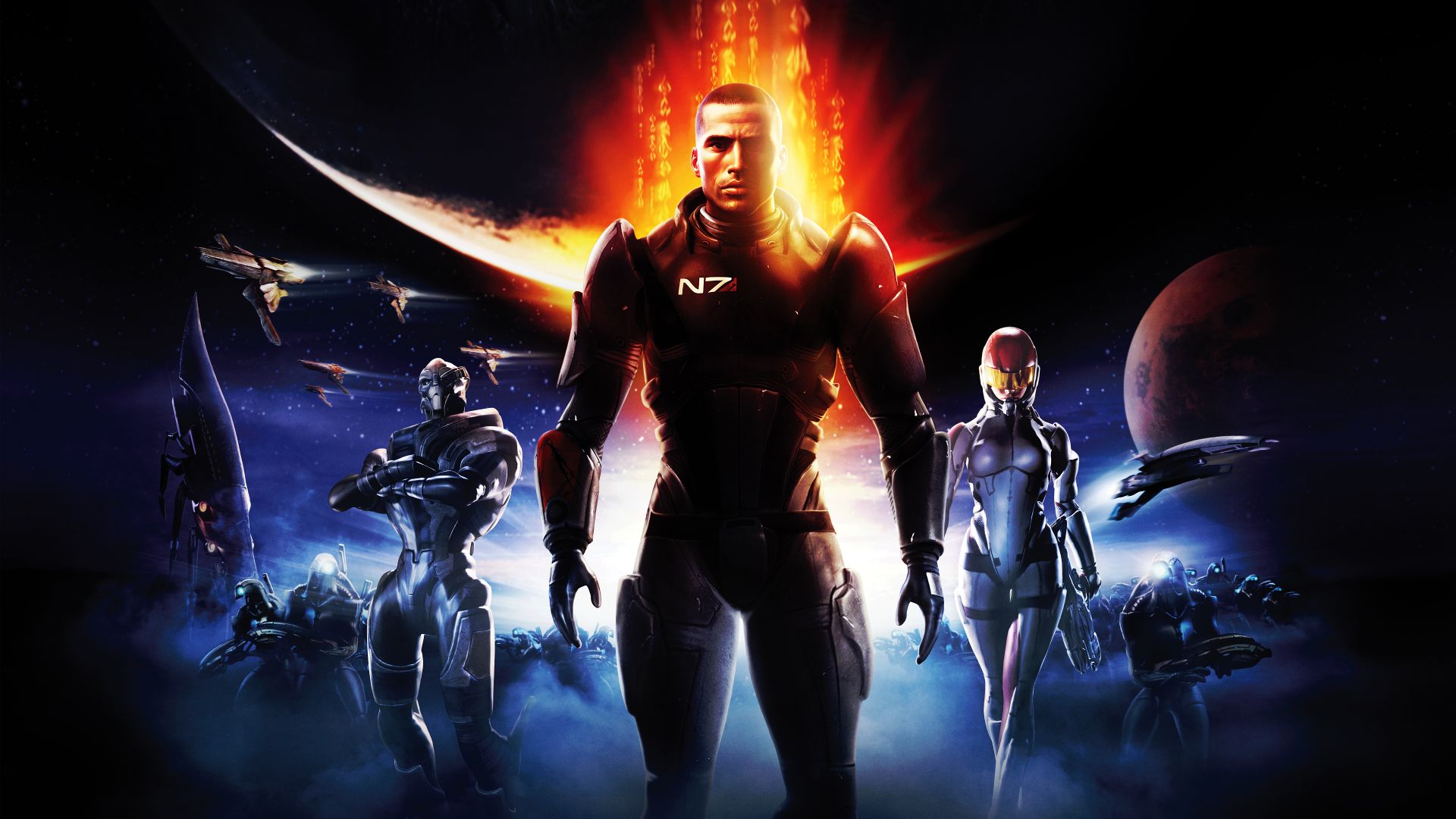 Readers reveal what they do when they can’t get any further in a game, from hitting YouTube to buying an expensive guide book.

The subject for this week’s Hot Topic was suggested by reader Pinky, who asks how you’ve coped with difficult games throughout the years, and whether you look for text-based help online, watch a video, ask a friend, or something else?

There was an even split between people using YouTube and those preferring text-based help but what was surprising was how many sat down with a guide from the start, with no tolerance for being stuck for more than a few minutes.

First step: anger
My first step when I’m stuck in a game is to persevere to the point of rage.

After a period of calming down/sulking, non-swear words return to my vocabulary, I’ll take a look online, usually for a walkthrough for that section – written walkthroughs on IGN were a good resource for the Mass Effect games and Halo Infinite but I have used YouTube on occasion.

I try not to peek beyond where I’m stuck but Halo Infinite got to the point where I felt the need to see how much further the trudge continued, and I never did get in the lift for the final fight with Escharum. I’d finished the open world sections, but the core story was grinding my gears.
FoximusPrime81 (gamertag/NNID/Twitter)

Instant gratification
If I am stuck for more than five minutes in a video game I quickly grab my phone and Google the problem. Someone’s already figured it out for me.

15 years ago, I’d be stuck for half an hour and then I’d go to the family PC room and boot up Windows Vista and have a look on GameFAQs on the internet.

25 years ago, I remember getting stuck on The Legend Of Zelda: Link’s Awakening on Game Boy. I couldn’t find the last key in the last dungeon for days. I phoned Nintendo to report a bug. They said there were no known bugs. I have never completed Link’s Awakening.

Video games are about instant gratification for me. If I’m not getting it, I’m googling it or I’m playing something else.
TommyFatFingers

Too much help
When I am stuck in a game nowadays I try to make it further without guides myself usually, but if I get so stuck because of a puzzle or a skill-based section that I am not going to play the game further then I have a look at YouTube to help solve the puzzle or how to beat that section of the game. I used to look at GameFAQs when I started using the internet in the late ‘90s, which was all in text back then, but with faster broadband and the invention of YouTube I use that to help me progress or get certain achievements in games now.

I remember back in the ‘80s and ‘90s, before I had internet access, I had to use guides in magazines and occasionally tip helplines to get further in games. My brother phoned one of the tip lines for one of the Dizzy games, Fantasy World Dizzy, and I was expecting that he would talk to someone to find out which items to solve puzzles he was stuck on. But instead it was a pre-recorded audio guide from beginning to end for the game and my brother had to sit there until it got to the part and puzzle in the game where he had got stuck. So if you were near the end of the game and you were stuck it could be very expensive per minute!

I have bought a few physical guides over the years, I bought the GTA 4 guide as I really enjoyed GTA 4 and wanted to get more out of the game, I have also bought a second hand guide for Banjo-Kazooie (N64 guide) when I got the Xbox 360 version and when I bought Shenmue 1 on the Dreamcast it included a guide for the game. I used the GTA 4 guide to find the 199 pigeons of 200, the reason I say 199 is because I missed one of the pigeons to get the achievement quite a few years ago and so I couldn’t get the achievement for that or the 100% game completion achievement!

Quite a few years later I used YouTube to try to find that single last pigeon and I managed to find it quite quickly and get the achievement! I also went on to 100% GTA 4, which I had never done on a GTA game before and I had been playing on GTA since the first one in the late ‘90s!
Andrew J.

Anticipating problems
When I play video games, I’ve often got YouTube ready to go at a moment’s notice. How I use it all depends on the game I’m playing. For role-playing games such as Mass Effect and Tales I use YouTube to figure out where to go next, a life saver if I haven’t played the game in a few days and can’t remember what I was doing.

When the game becomes too hard for me to figure out, I’ll also hit YouTube. This usually happens when I can’t figure out a boss’s pattern in games like Halo or Devil May Cry, and if there isn’t a set pattern at the very least those who have beaten the boss can offer tips on how to defeat them. For platformers I can usually make my way through them without the need for a guide, but if I’m going for 100% there’s no way I’m doing it without YouTube.

I find all the collectibles I can, but once it’s no longer obvious where everything is, I need help. Recently though I’ve moved away from YouTube and onto a text-based walkthrough, although this is specifically because I’m playing Danganronpa, and the guide I’m using has all the correct dialogue options if I can’t figure them out myself, without spoiling things for me.

That’s probably my biggest fear with using guides of any kind. They’re extremely helpful but you have to be careful not to scroll/fast forward too far and end up spoiling things, and don’t go into the comment section just in case someone spoils things further. At that point you might as well just watch a playthrough instead.
Sunny

Ask for help
I do like to get as far as I can on my own, but I do not subscribe to the dumb, male cliché of never asking for help. That is not fun. It is a game, not a personal challenge to your manhood: it’s meant to be fun. So, if there’s some weird trick to a boss, I’ll go find out what it is. A particularly vicious puzzle in Legend Of Zelda: Majora’s Mask has me scratching my head right down to the bone: I’ll go on to GameFAQs or YouTube to see what I haven’t considered.

This is especially true of collectibles. Or more to the point, a lot of collectibles. Psychonauts, Psychonauts 2? Damn right I’m looking this stuff up! The Discoveries in Skies Of Arcadia? Where you needed pixel perfect precision to locate them, all the while random battles bombard you every few seconds of looking? A video guide is all but essential for the more awkward ones. If you want to keep a hold of your sanity, that is.

That said, I did find all the Graffiti Souls in both Jet Set Radio games. But there wasn’t that many, the levels were always a pleasure to search, and the hiding places weren’t all that obtuse. That said, I did wait until I had access to the Jet Tech levels in the original (the closest we were given to a free roam mode) before committing to any serious treasure hunting.

So, don’t be a masochist where your only two options are doing it yourself or quitting. Look at a guide. You still actually have to do the thing. A guide won’t do that for you. And doing the thing, Zhu Li, is still fun. That was a Legend Of Korra reference.
DMR

Cheap advice
If I’m stuck I just google the question and read whatever text based site comes up. I don’t like to use YouTube because there’s a danger of it showing too much and it just feels too much like cheating to me. I just want a little helping hand, not the whole thing laid out for me.

A couple of times, especially for From games, I’ve quite wanted to get a book guide, just to 100% the game and read more about the lore. But they’re all so expensive! I’m not spending £20 on a book, no matter how nice it looks, when you can get the same info for free online.
Pingu

Collect and keep
I like the fact GameCentral mentioned the gaming guide magazines as collector’s items, as I have a reasonably decent, but too excessive, pile of them. Yes, I used them for the odd hint and tip, but I mostly got them for the artwork and interesting stats and lore, etc. Japanese role-players like Final Fantasy, published by Piggyback magazines, were the ones I went for most.

Amazingly, they came with a reduced price on day one of a newly released game! So using a guide as a reference was never far away. I only bought gaming guides for my favourite games and mainly for car journeys and vacations away, for some nostalgic reading when the game was already completed.

My back in the day help references were game magazines, where I photocopied all the monthly parts and put all the pages together for one full guide without destroying the magazine. Zelda: A Link To The Past was something I did that for. But again, mostly the game was worked out myself, with occasional ask a friend and quick guide hint! But most of the time, thankfully, it was my own explorations for finding the secret.

I also used a landline number for Nintendo Hotline, where a cool bunch of guys helped gamers on specific questions, like how to do certain puzzles or find bonus rooms and also how to defeat bosses. I remember trying to find all the golden tokens, or something, in Diddy’s Konq Quest to open up a secret area and 100% complete the game. I kept the guy on the phone for ages helping me with the locations until he said ‘Right, last one now!’ My dad also said ‘last one’ when he saw the monthly phone bill a few weeks later. Premium costs indeed.

Good times though and I used a dictation machine recorder for directions in a dungeon or castle for pre-recorded helplines. Good for long complicated guides.
But now, paying for help is long in the past with wikis and YouTube a click away on Google. But the same rules apply: ‘Only When I Really Need The Help’. So I keep away from game spoiling guides until really needed. But it’s always good to know they are there to keep me sane when my brain needs that little jolt of knowledge, for saving some precious time.
Alucard

You can also submit your own 500 to 600-word Reader’s Feature at any time via email or our Submit Stuff page, which if used will be shown in the next available weekend slot.