Tiny Tina's Wonderlands is a looter-shooter video game inspired by Dungeons and Dragons. As a result, it has a bunch of unique maps inspired by fantasy which contain side quests to work through for extra XP and special collectibles to track down.

This article details the location of every single collectible in the Drowned Abyss! No need to hunt around for them all by yourself; it's just a waste of time! Lost Marbles, Poetry Pages, Lore Scrolls, and more are found here.

Where To Find The Lost Marbles (x2)

The first Lost Marble is in the first open area you reach after entering the map. It's up on a ledge, so climb up the pirate ship beside it and jump over.

The second Lost Marble is found in an area off of the Ancient Obelisk arena. There will be a jump pad to launch you over, then it's a bit of a climb, but you'll reach it with no problem.

Where To Find The Ancient Obelisk (x1)

The Ancient Obelisk for this map has a particularly big arena all to itself, separate from the rest of the map. A Lucky Die and a Lost Marble are found nearby! 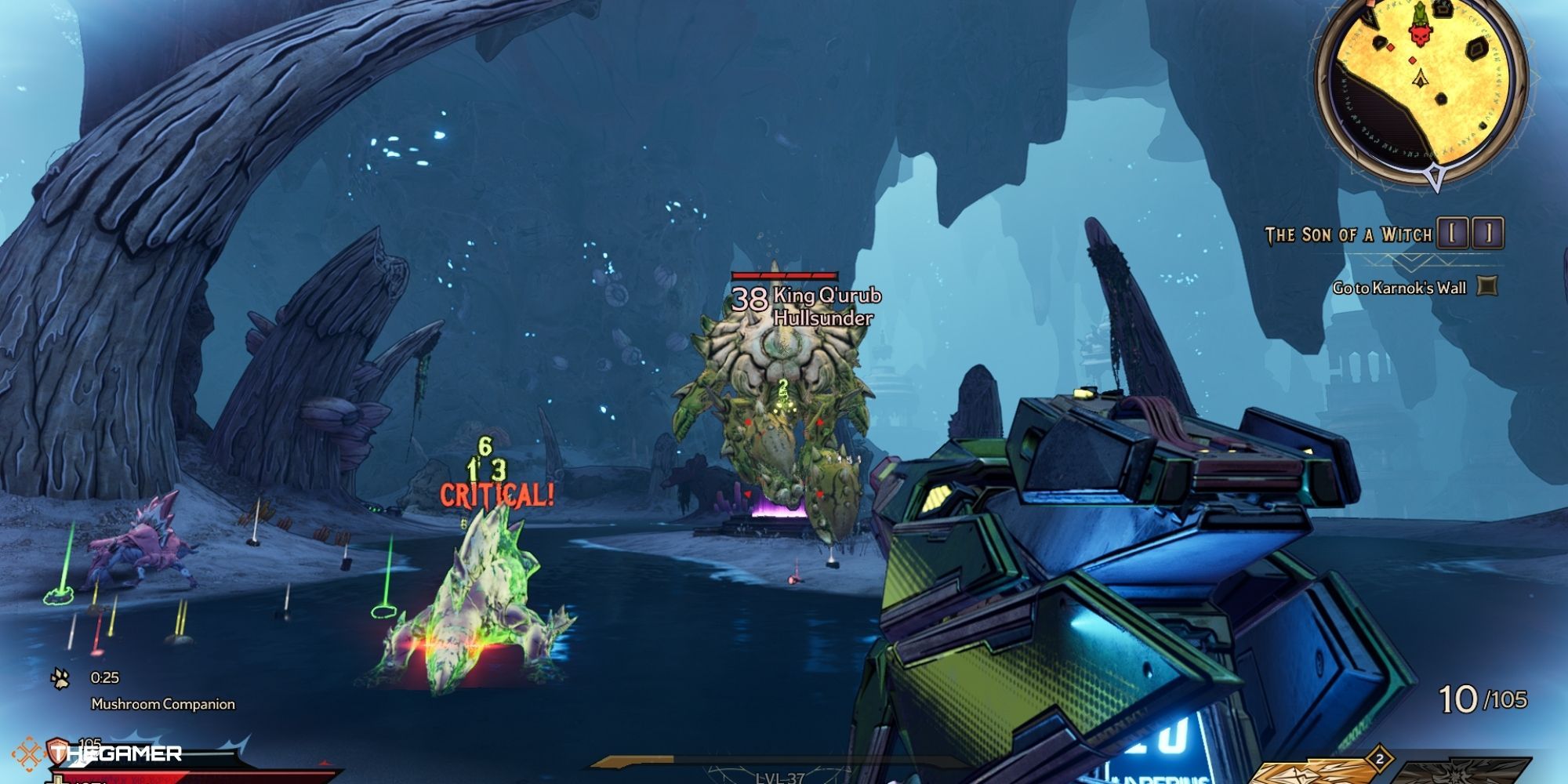 Ancient Obelisks are special challenges. As soon as you interact with it, it will spawn a bunch of enemies and, eventually, an especially powerful boss. In this case, it's the giant crab King Q'urub Hullsunder

Where To Find The Lore Scrolls (x3)

The very first Lore Scroll is right near the entrance of the map. After meleeing your way through some vines, check behind the waterfall (classic move) for this Lore Scroll.

This Lore Scroll isn't far from the entrance either, but you need to do more adventuring to reach it. That's because you need to get and progress through the Of Curse And Claw side quest! After destroying all the "clampifiers" in that quest, a new door will open and give you access to the ledge where the Lore Scroll is found.

The third and final Lore Scroll is in an area that's locked off until you've progressed through the Diplomatic Relations side quest with claptrap. It's sitting behind a water fountain.

Where To Find The Lucky Dice (x20)

Since there are 20 Lucky Dice in the Drowned Abyss, we decided it would be best to dedicate a whole article just to finding them! Check it out here:

Where To Find The Poetry Pages (x2)

The first Poetry Page is found in the first major area you get access to, and on the same pirate ship where you find the fifth Lucky Die. Take the jump pad up and leap over into the ship to get in!

This one is easily missed, since you need to jump across a few seemingly empty ledges to reach it, and it won't let you know it's there if you just walk below. Once you know where it is, though, it's not a problem.

Where To Find The Rune Switch (x1)

If you leave the path that you enter this map on and make a beeline straight across the open area, you'll basically come across the Rune Switch. It's at the entrance of a large, ruined temple. 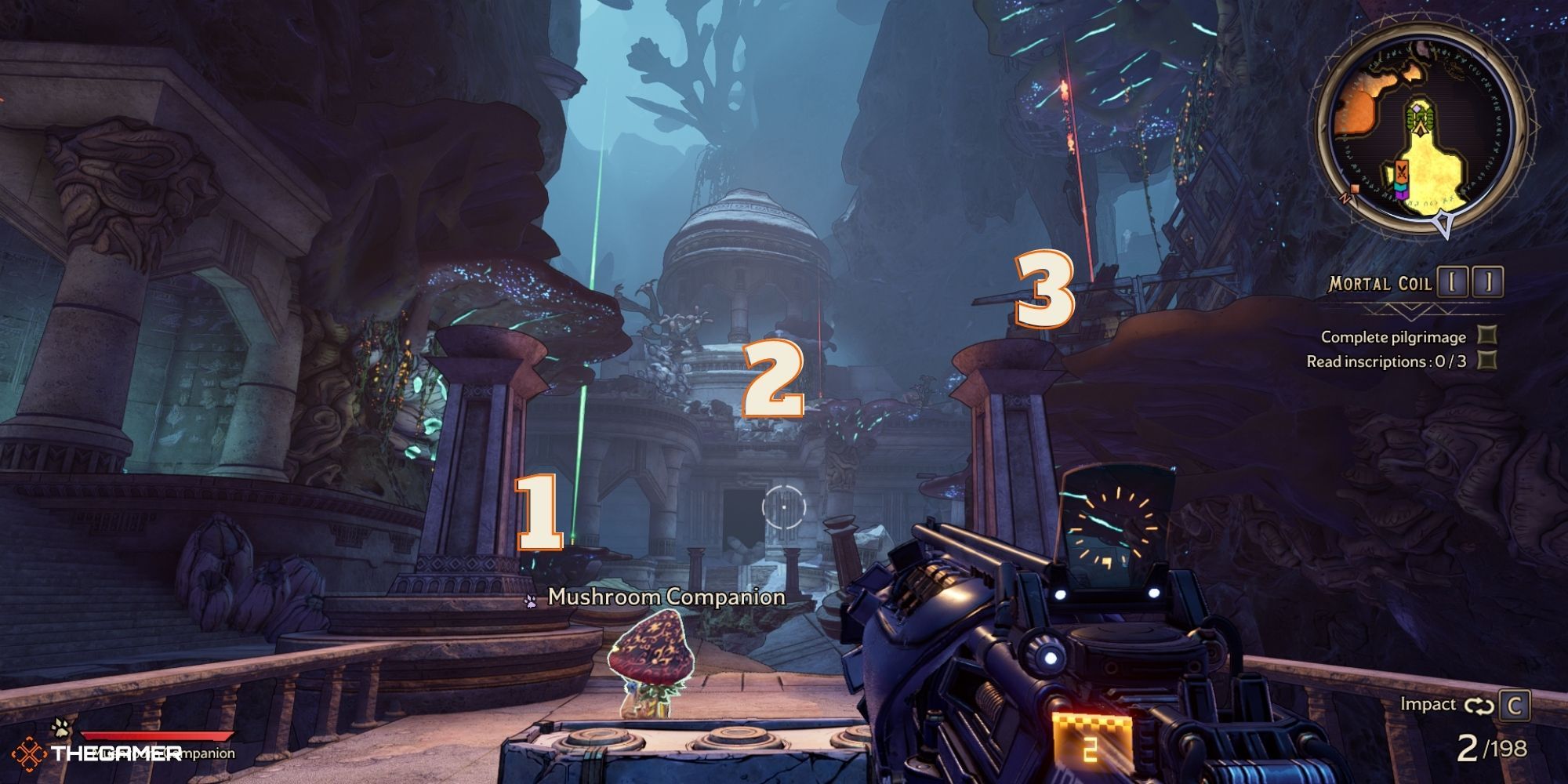 We've marked the order that you should gather the runes in the image above. Take the jump pad after gathering the first rune. Then, when you're leaving the second and heading for the third rune, there's an anchor that you can shoot to break some wooden beams and make it easier to reach, but it's not necessary to do that to reach it.