On the face of it, Kaidan Alenko is the most boring member of the SSV Normandy SR-1. A 30-something, semi-broody, human soldier, BioWare was hardly flexing its creative muscles when it came up with this early game companion for the original Mass Effect.

Fellow human Ashley Williams may not be winning any popularity contests either, but at least her interesting opinions on interspecies relations made her stand out more, solidifying her survival on Virmire for many. According to stats from BioWare, Kaidan makes it to the end of just 17% of playthroughs, and fans don’t seem to think they’re missing out on much.

Despite this, when I think of the first Mass Effect game, I think of all the conversation with this “boring” soldier. I think of the hotheaded, newly-in-charge Commander Shepard, taking a break from the fast paced story to discuss the ethics of the last mission with someone with more life experience. I think about how he reflects on everything so deeply, and how the discussions flow like actual conversations. And if you take the time to get to know him, he’s the only companion who doesn’t need Shepard’s help – rather he’s there to help you. In an immersive RPG, that role is absolutely essential.

As we return to the first game with the release of Mass Effect: Legendary Edition, I urge everyone to really give him a chance. He adds humanity to the lore, speaking about his experience as one of the first human biotics. He gives you a chance to really pause and think about the Shepard you’re roleplaying as – what they’re like as a person, and where they lean politically.

I think the most underrated conversation in the trilogy is the one where he talks about the Turian he accidentally killed when he was younger. If he was any other BioWare character, there would be a mission where you help him come to terms with this, but he already has. He’s telling you so you don’t cut corners in your mission to stop Saren, and make the same mistake.

“It was Vyrnus who made me see how human aliens are. They’re not different or special. They’re jerks and saints just like us”, he tells you, the perfect antidote to the xenophobia Ashley spews. 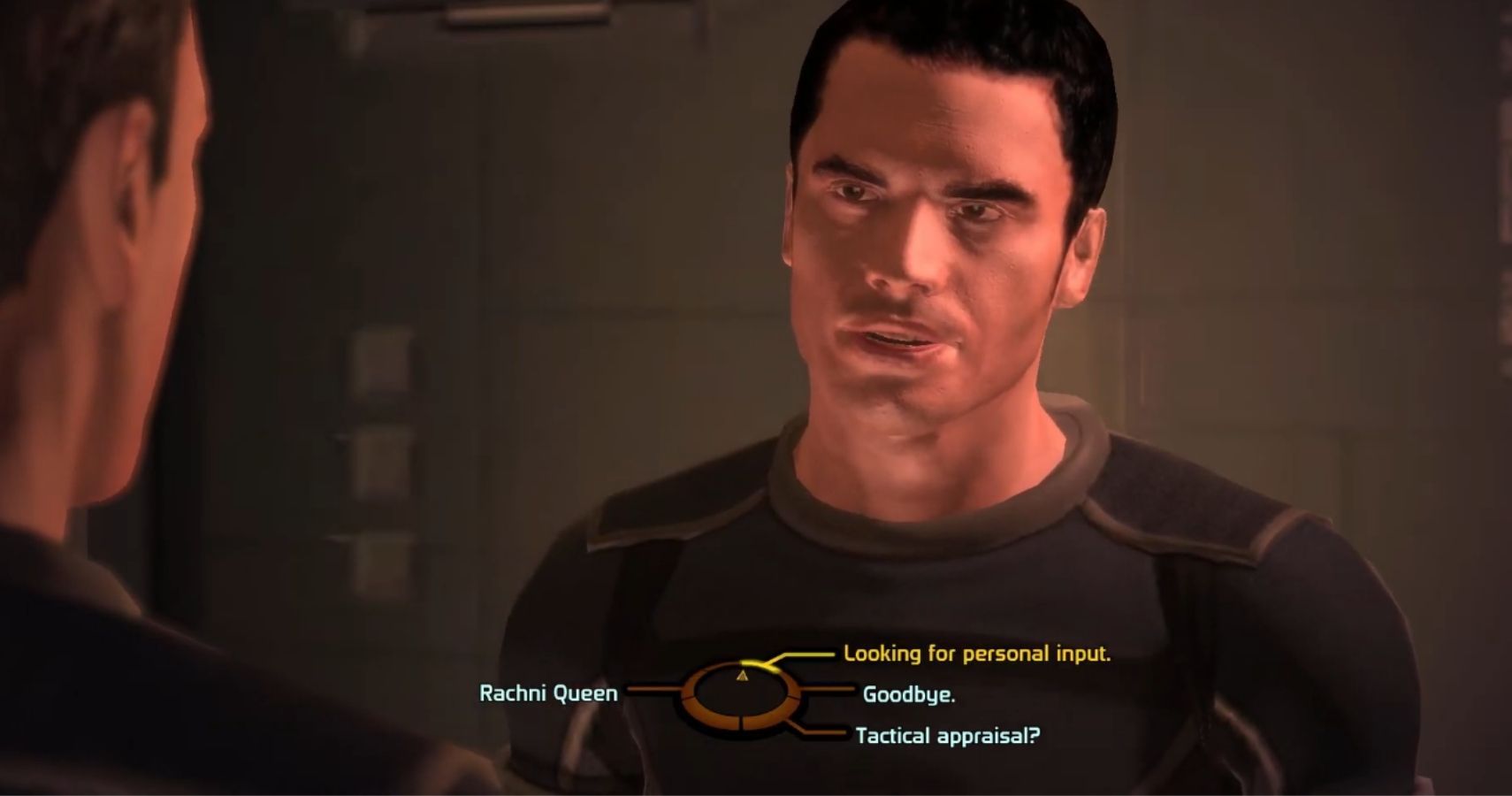 This all speaks to the first Mass Effects phenomenal conversation system. Despite it being a staple of the series, it really peaked back in 2007. It felt like you were talking with your crew, not being barked at with an option to simply agree or disagree – having to mindlessly nod your head if you wanted to get along with them. No, you could challenge Ashley’s racism or politely disagree with her religious beliefs, and she won’t hate you for it.

The conversation system changed with the later two games, becoming much more about driving forward a story, not putting it on pause for reflection. That came with its own iconic moments, but I really felt that Mass Effect 2 could have done with a Kaidan role, someone to discuss the mission with, rather than it all being up to you.

Mass Effect is meant to be a playground for our Star Trek escapist fantasies. But there’s nothing wrong with being more Captain Picard than Captain Kirk, and that’s what Kaidan’s there for. His charm is in his simplicity: he signed on with the Alliance because of that romantic notion we all have about space.

So when you’re done with the next mission, I call on you to have a chat with Kaidan. Get sucked into the role of Shepard. Really immerse yourself in being a pioneer – the first human Spectre – but one who’s still early in their career and should think before they act. Sure, it’s not the power-trip fantasy a lot of us come to Mass Effect for, but it can make for a much more introspective experience.