For conspiracy theorists, early internet forum dwellers, and highly-strung paranoiacs everywhere, The X-Files wasn't just a cult TV show about a pair of FBI agents investigating the supernatural—it was validation. Suddenly, outlandish concepts like secret societies, alien abductions, and livestock-eating monsters were circulating in the mainstream, and in one of the biggest TV shows in the world no less. Military cover-ups and UFO sightings became watercooler talk, and distrust in the government was at an all-time high. This, combined with the fear of the looming millennium, made the late '90s a particularly paranoid time for humanity.

In 1997, at the height of X-Files fever, Austin-based game developer Ion Storm had an idea for a game. Called simply Shooter, it was described in an early design document as "near-future science fiction with elements of conspiracy theory, espionage, and X-Files weirdness." Like The X-Files, this game would be set in a dark, not-so-distant reality where every urban legend, conspiracy theory, and campfire tale was true. Back-engineered alien technology, shadowy groups manipulating the government, and Area 51 would all feature, venturing into the same territory as Mulder and Scully.

This design document, which you can read online, is a fascinating glimpse into the making of what would eventually become classic immersive sim Deus Ex. As well as an exhaustive outline of the story (a lot of which changed dramatically during development), it also acts as a pitch. Selling the concept of the game, Ion Storm describes its intention to "Plug into two popular fantasies: the millennial madness that's gripping the world, exemplified by The X-Files and Men in Black, and a general fascination with conspiracy theories and the desire to play with high-tech espionage toys." 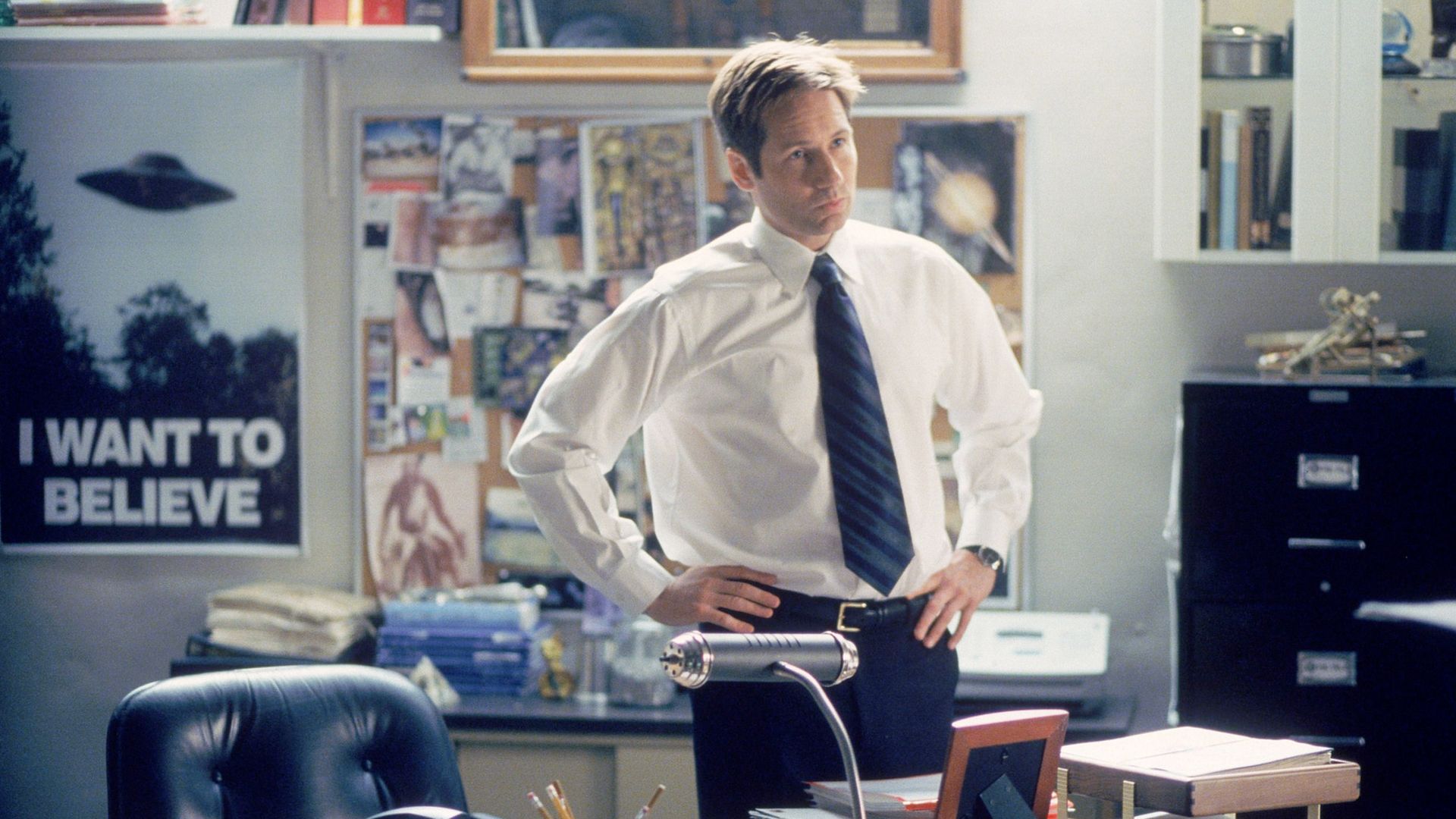 There are other mentions of the show too. In a summary of what the game would offer players, most of which does not reflect the final product at all, Ion Storm says: "This is a game set in a world very much like our own (if the conspiracy buffs are right), combining the action of a Bruce Willis or Arnold Schwarzenegger action film with the over-the-top flavour of the best James Bond stories, leavened by the mysterious, conspiratorial tone of The X-Files." The last part certainly describes Deus Ex as we know it, but it's neither an action movie nor an outlandish Bond film—and it’s all the better for it.

Although the story in this document is radically different from the main game in many ways, some elements survived the whole journey: namely the sinister Majestic 12. Ion Storm describes this group as "an octopus-like secret society, with its tentacles touching and guiding seemingly all human endeavours." This group is influenced by the 'real' Majestic 12, a clandestine government group whose existence may or may not be an elaborate hoax. But another obvious influence is the Syndicate—a shady cabal of government officials lurking behind The X-Files' deepest, darkest conspiracies.

Another interesting thing about this lengthy design document is the stuff that didn't make it into the game. If it had, Deus Ex would have been even more like The X-Files. Originally we were supposed to visit the famous Little A'Le'Inn in Rachel, Nevada (as featured in the X-Files episode Dreamland), where "the player talks with a few conspiracy nuts, one of whom actually has some worthwhile information." This character, a UFO enthusiast, would have given you intel to get inside Area 51—similar to how Mulder often solicits the help of local oddballs and eccentrics to sneak into military bases. 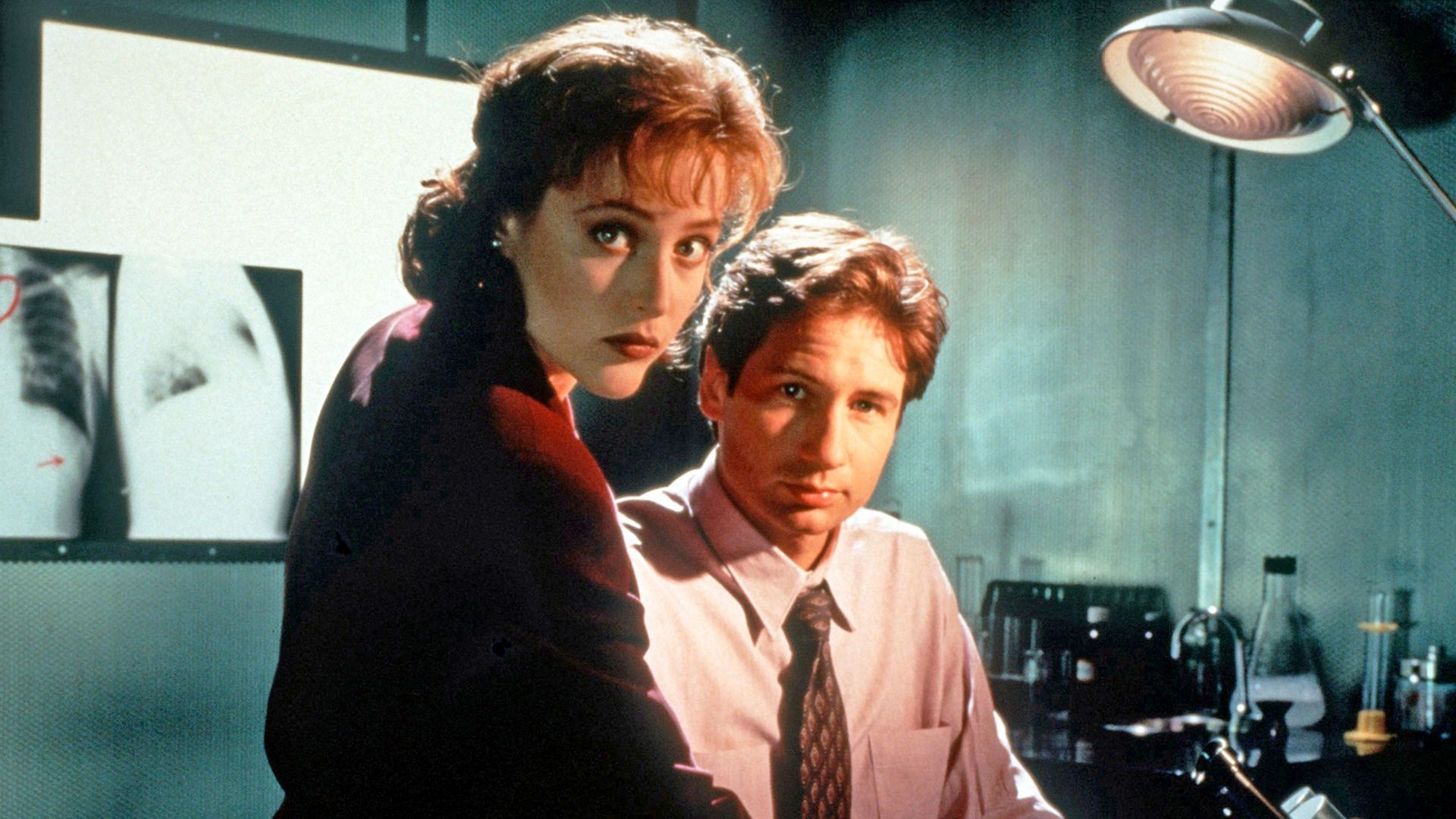 There was also a cut Majestic 12 vault where the player would "learn the truth about such conspiracies as the Kennedy assassination, the failed attempt to keep an alien visitor alive, and a chupcabra caught outside Miami." Interestingly, Ion Storm noted that it didn't want to "take a stand" on whether these revelations were real or not. The X-Files, especially in the earlier seasons, pulled a similar trick. You'd be convinced something was real, then the writers would sow a seed of doubt. The Syndicate regularly used this tactic, often successfully, to make Mulder doubt himself.

So it's probably safe to say that, had Chris Carter's The X-Files not become a smash hit beloved by audiences across the globe, Deus Ex would not exist—at least not in the form it does now. Ion Storm's game is very much a product of the era it was made, and a fascinating snapshot of a very specific moment in time. The dev team brilliantly captured the cultural zeitgeist at the turn of the millennium, then used it as the basis for a groundbreaking, systems-driven cyberpunk RPG. As a result, even though it's set in the future, playing Deus Ex today feels like stepping back into the year 2000.