The World of Warcraft equivalent of the Oktoberfest holiday, Brewfest provides a festive and merry time, beginning from late September each year, and running for just over two weeks. During the in-game event, you can compete in various mini-games, take part in beating a new daily dungeon boss, and earn tokens with which you buy some great rewards such as toys, battle pets, and transmogs.

This guide will provide an overview of how the Brewfest event works, where you need to go to take part, what rewards you can gain, and the best ways to quickly earn them.

How To Take Part In Brewfest 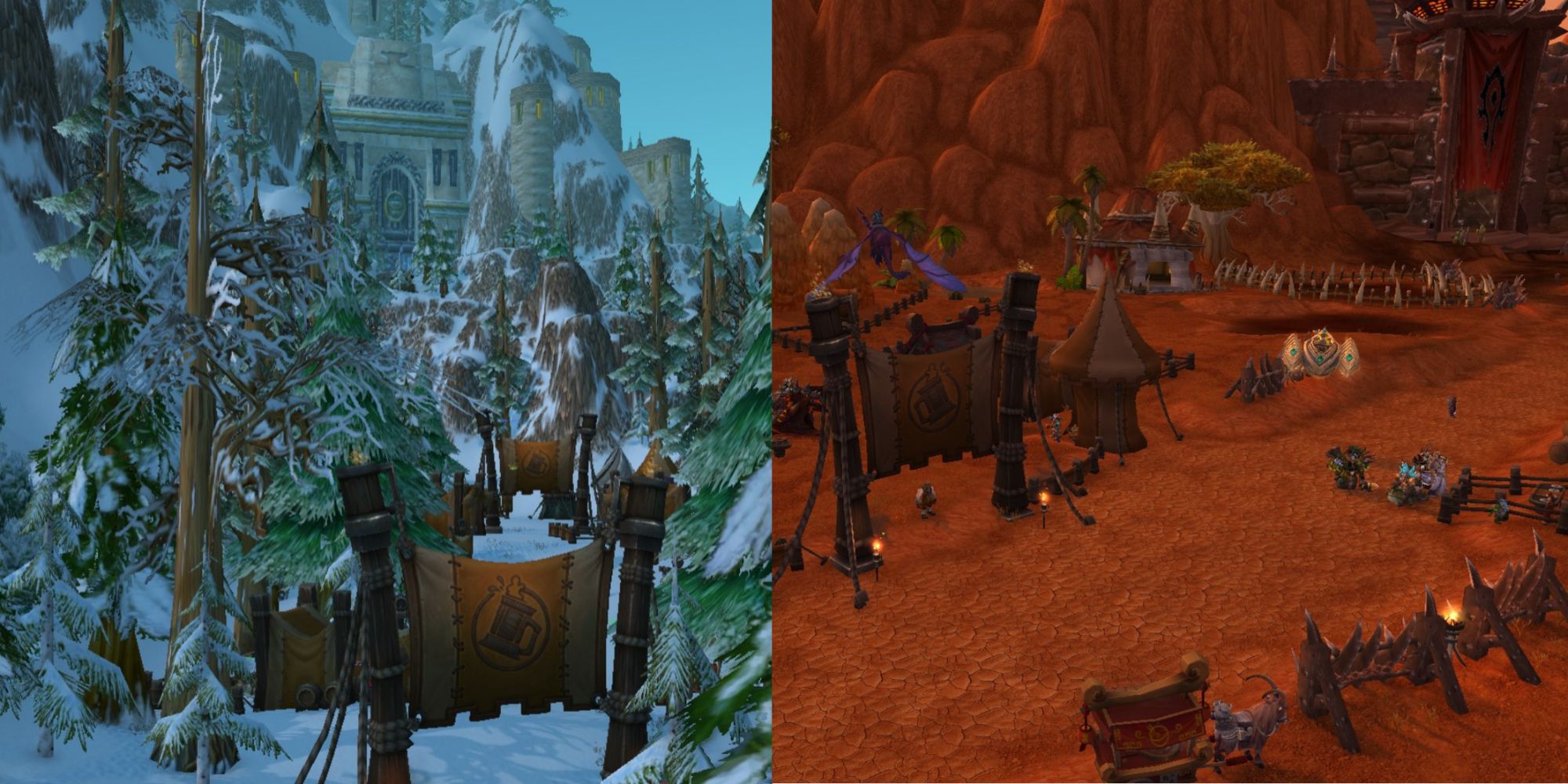 The Brewfest event is located primarily within two different encampments. The Alliance camp is situated a little way down the hill outside the gates of Ironforge, in the Dun Morogh zone. Simply speak to Ipfelkofer Ironkeg at the entrance to be welcomed into the encampment, unlock more quests, and receive a free drink.

For the Horde, the Brewfest camp is found just outside the main gates of Orgrimmar in Durotar, and you can speak to Tapper Swindlekeg for your welcome. For help reaching these locations, NPCs in various capital cities will provide you with a breadcrumb quest, Brewfest!, that you will be able to turn in to your respective Brewfest organiser.

At 6:15 both AM and PM, you can watch the Tapping of the Keg ceremony at the camps. This will grant you the Brewfest Enthusiast buff, which increases your experience earned by ten percent for two hours, a nice boost if you are leveling characters.

What Rewards Are Available From Brewfest? 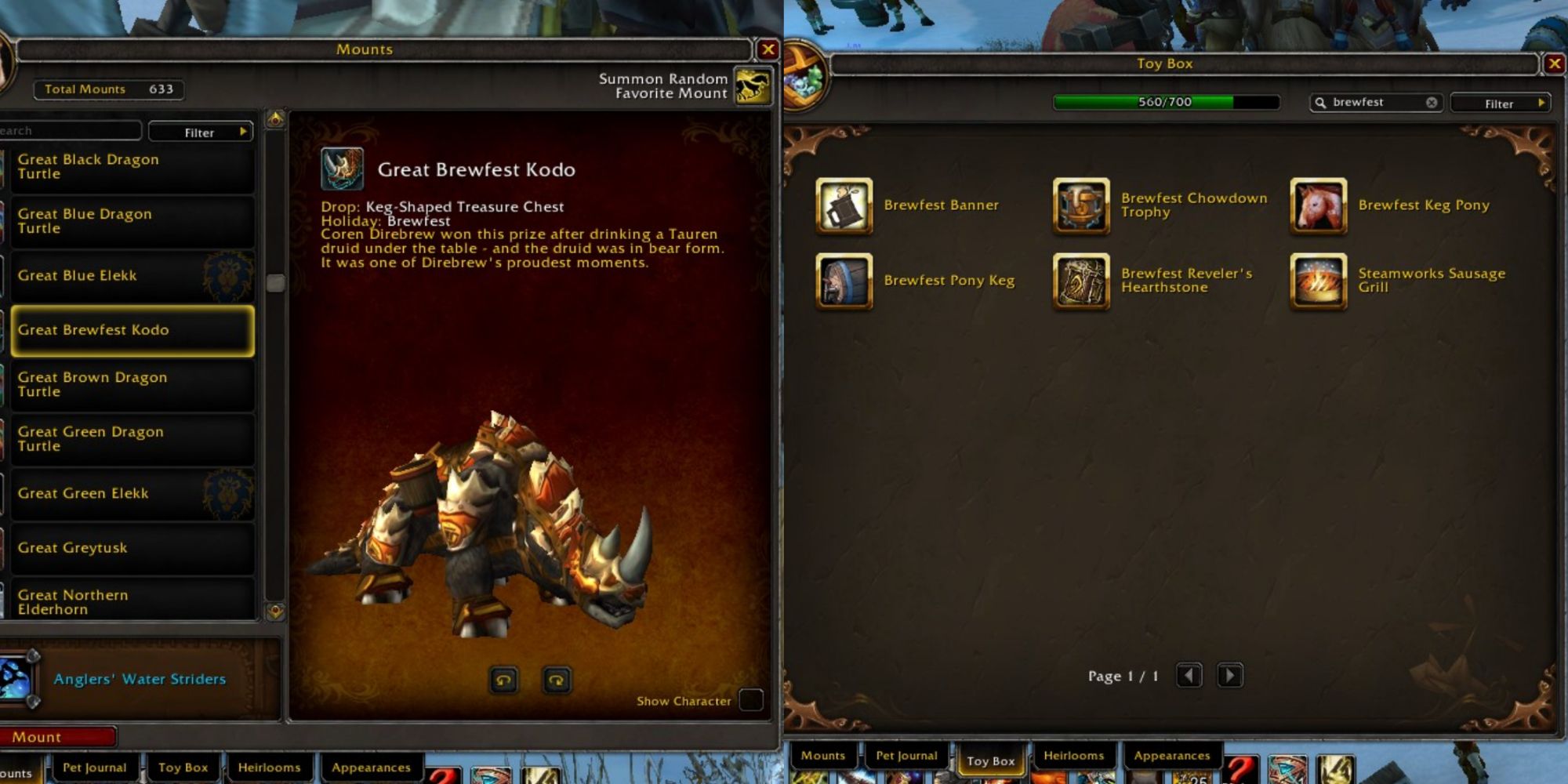 Several toys can be purchased from Token Redeemer NPCs.

There are also a wide variety of cosmetic options, from hats to regalia, and even items that can transform your mount's appearance. However, these items are only usable during Brewfest, so for a longer-term investment you may want to spend your Prize Tokens on either the toys or some of the available battle pets:

The most prestigious rewards, however, are the two Epic Mounts, The Swift Brewfest Ram and Great Brewfest Kodo, which are available from the Coren Direbrew dungeon.

How Do You Earn Rewards During Brewfest? 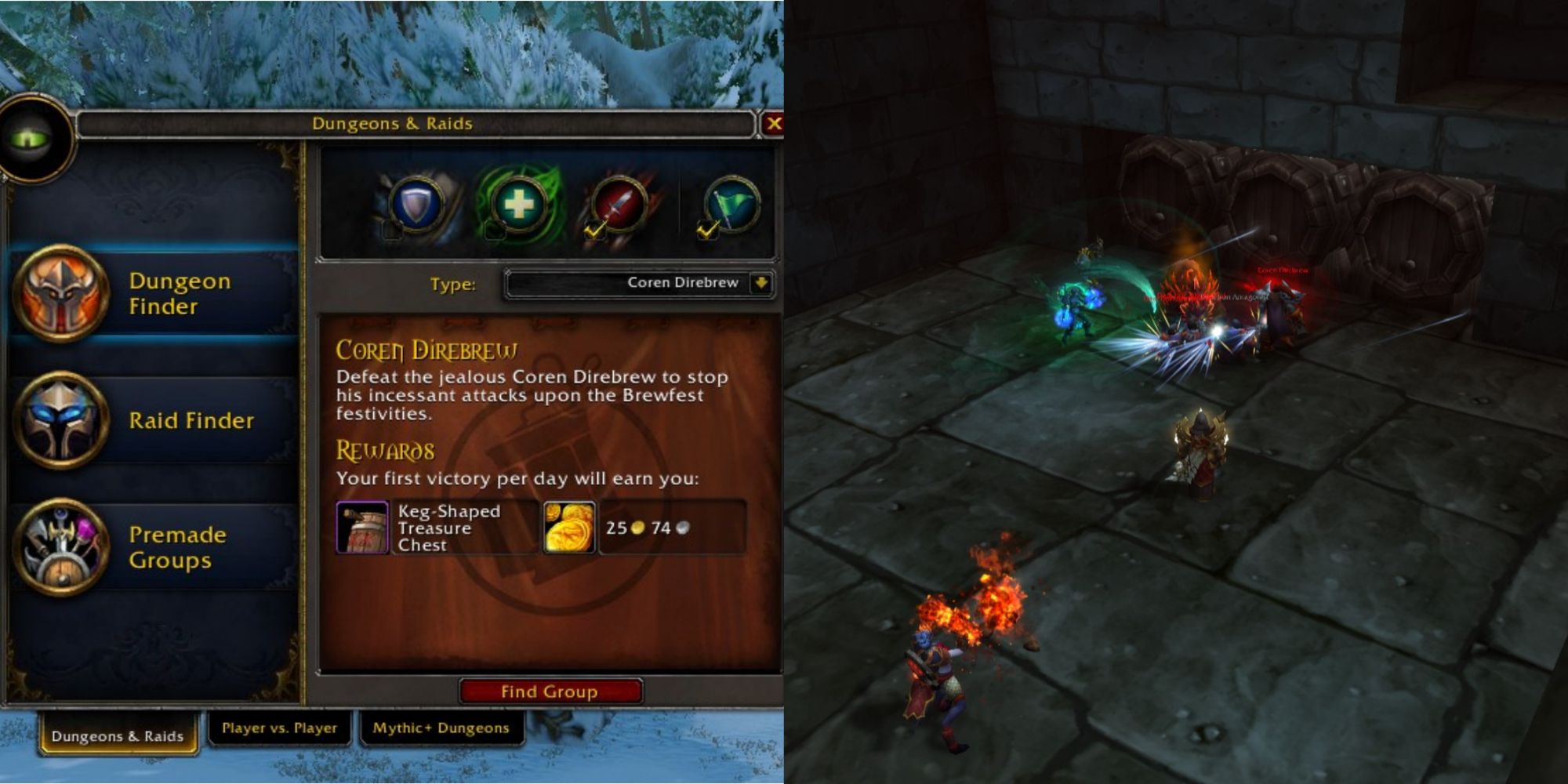 Brewfest rewards are primarily earned through the acquisition of Brewfest Prize Tokens. These are a limited currency that will vanish once the event is over, so make sure to spend them while you can! To earn every single reward, including all cosmetics, you will need to spend upwards of 1,500 Prize Tokens.

There are a number of ways you can earn Brewfest Prize Tokens:

Your number one priority each day is to take part in the Coren Direbrew dungeon. This will involve killing a relatively simple boss in a five-man group.

To queue, simply sign up using the Dungeon Finder tool, and you should find a group within a few minutes. Once inside, you will find yourself in the heart of Blackrock Depths, inside the tavern. Run forwards into the Keg Room, and one person will need to talk to Coren Direbrew to begin the fight.

Coren is a relatively simple boss, and if you are at max level, you can simply focus him down with very little regard for any mechanics. He can summon various adds and perform a whirlwind that can disarm you, but he really should be no problem to defeat.

Once killed, looting Coren will reward you with a Keg-Shaped Treasure Chest, containing a number of Brewfest Prize Tokens, a possibleTrinket, or if you are very lucky, one of the two Brewfest Mounts! 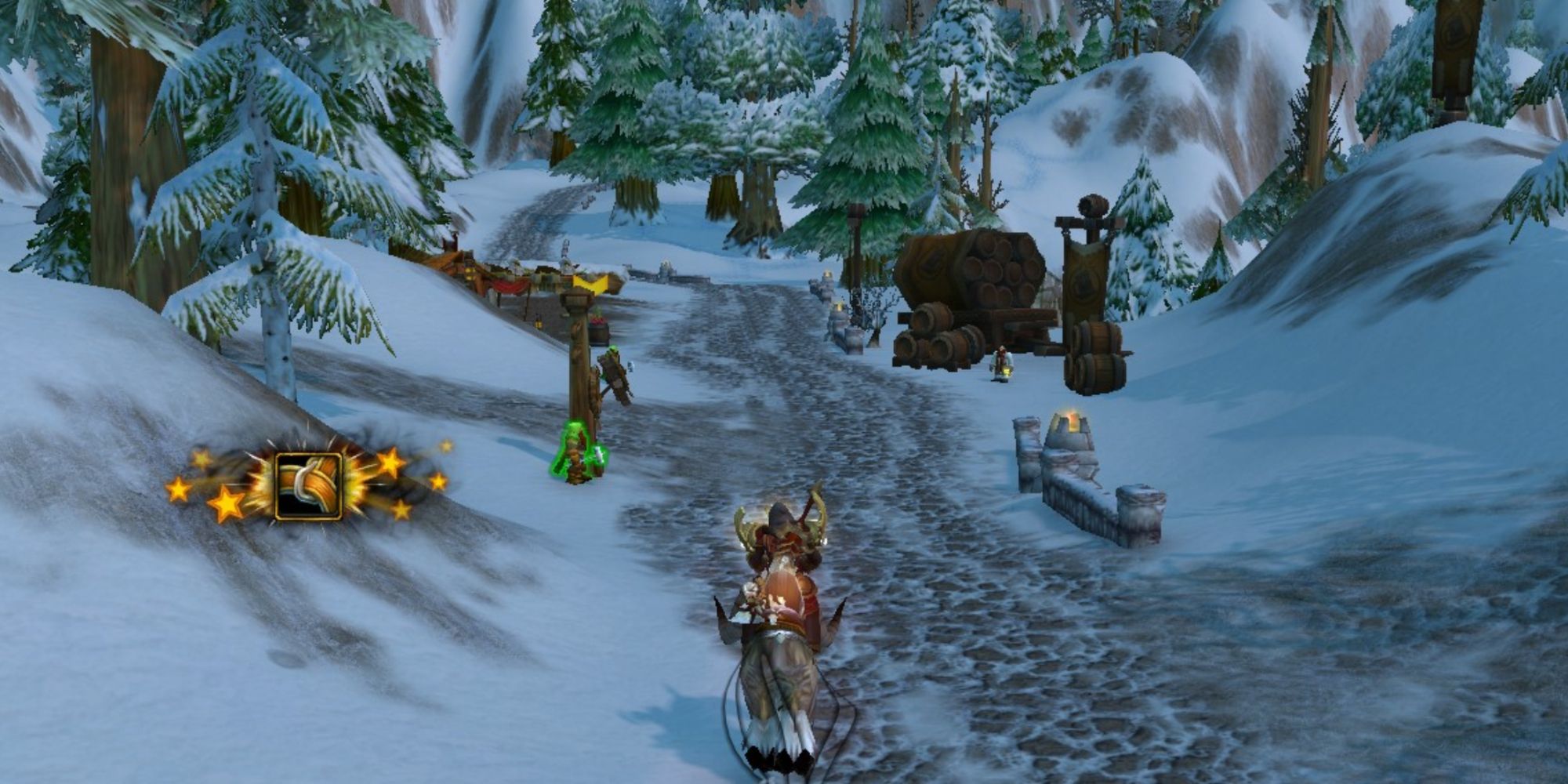 The best way of repeatedly farming Tokens, this mini-game will involve you riding a Brewfest Ram to deliver Kegs picked up from a nearby settlement. Striking the ram with your riding crop will increase its speed but comes at the cost of stamina. You will need to find a balance between speed of delivery and letting your Ram recover. The more Kegs you can successfully deliver, the more Prize Tokens you will receive.

Some tips for maximising your Keg Runs are: 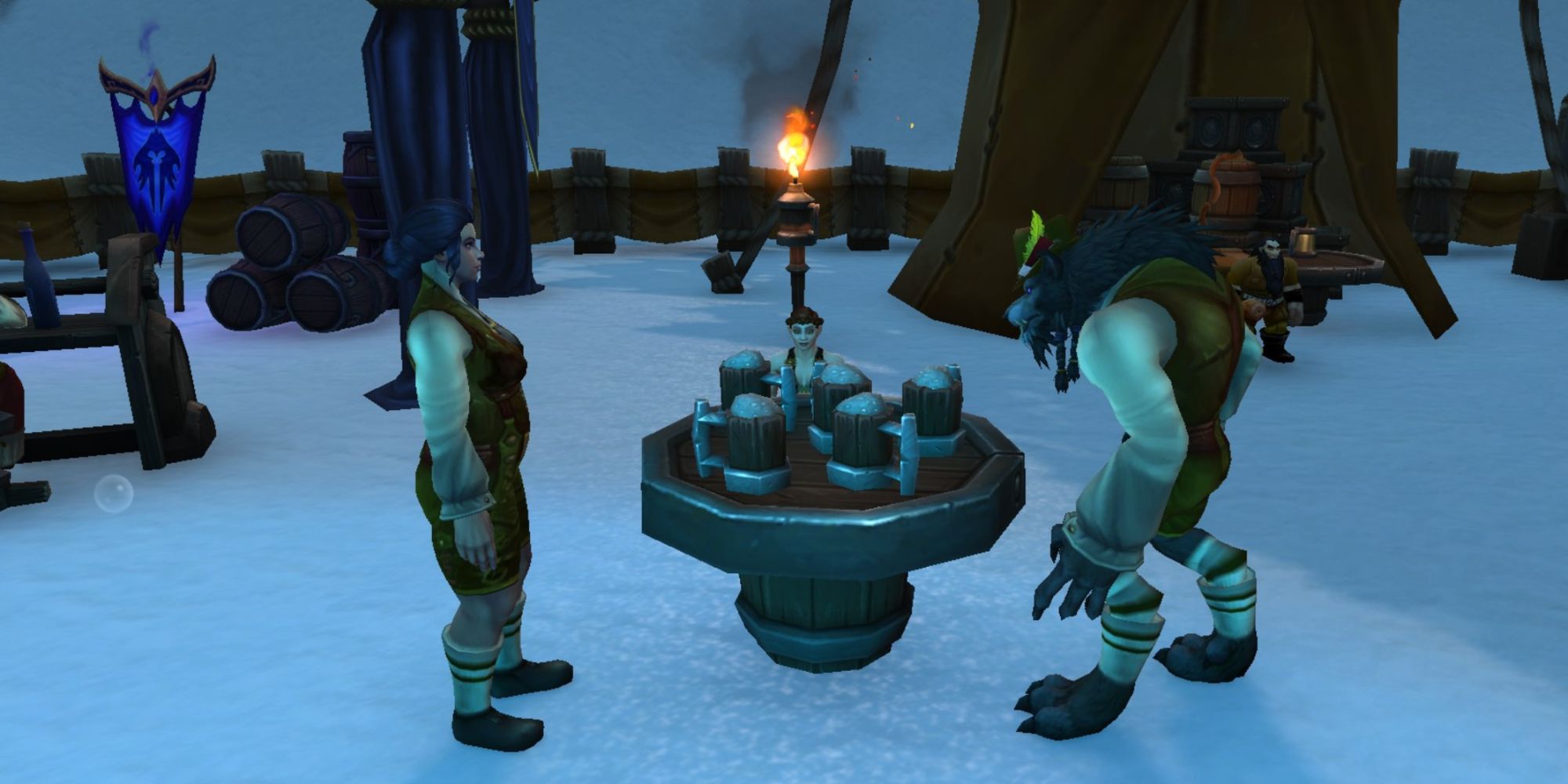 Every 30 minutes, mole machines and either Dark Iron Dwarf, Hozen, or Alemental enemies will assault the Brewfest staging area. To help defend it, pick up one of the various Mugs of Beer that are lying around on tables. Every time you empty one, you will throw it at a nearby enemy, and if emptying a large one, you will perform a whirlwind attack that can kill multiple attackers at once.

After a few minutes, the invaders will leave, and if you were successful in defending the camp, you will be able to loot a large cog in the middle of the area. This can be turned in for a handful Tokens, but although there are three separate enemy types, this quest can be completed only once daily.

Once per day, you can accept and complete one of the Barking For quests, which will see you running around your nearby city, shouting at various NPCs about the quality of a certain beverage. Although this quest is timed, you will have plenty of room to complete this, so take a couple of minutes each day, and you will earn 15 Prize Tokens per turn-in. 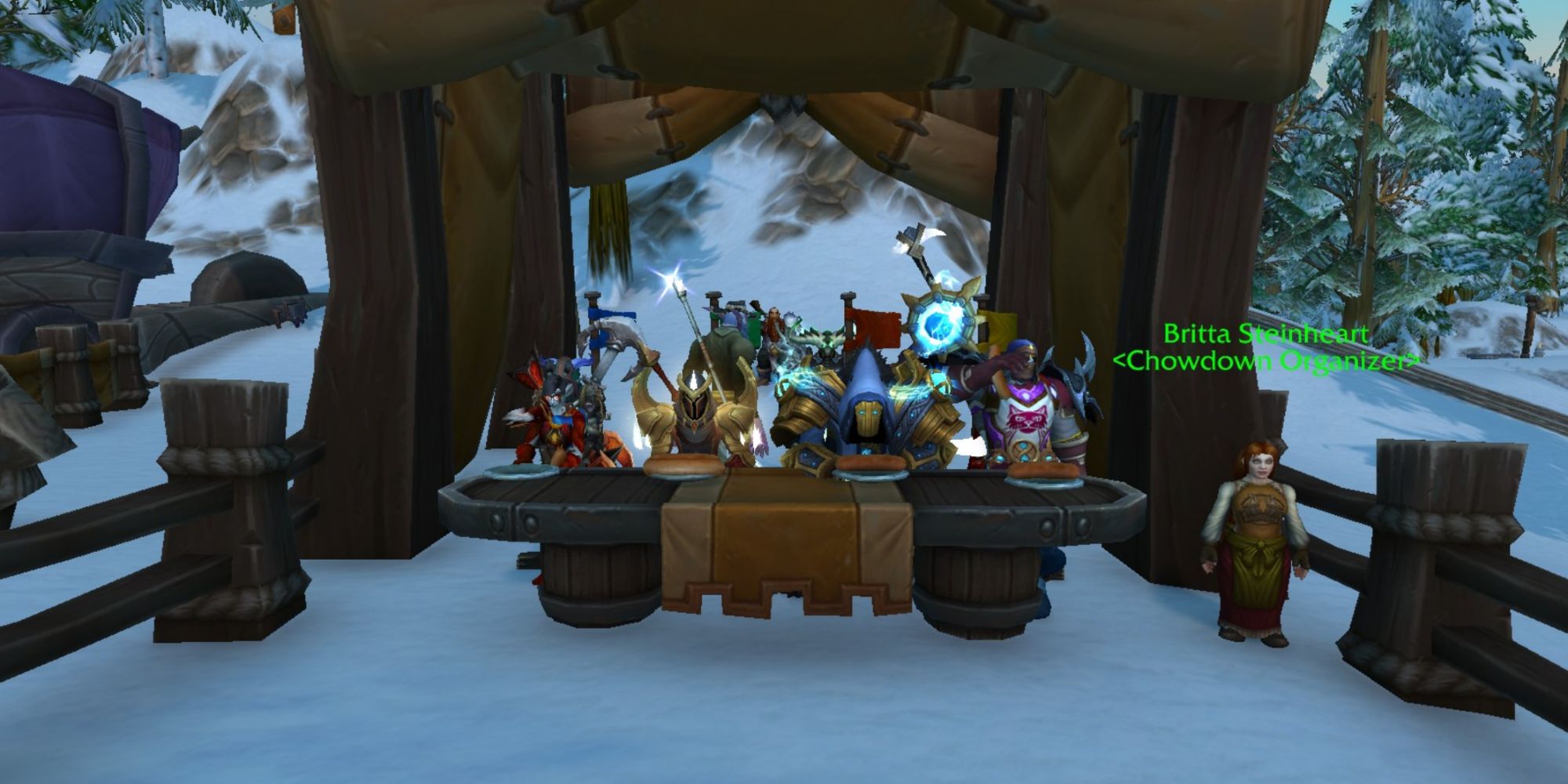 An offshoot of the regular Brewfest event is the Brewfest Chowdown. A mini-game where you will compete with other players to see who can eat sausages the fastest, it will reward you with a Chowdown Champion Token, should you emerge the victor. You are allowed to compete as many times as you like, although you receive a five-minute debuff between each event, in order to allow others a chance to play.

Some tips for the Chowdown game are:

With five Chowdown Champion Tokens, you will be eligible to purchase the Brewfest Chowdown Trophy toy from your respective Chowdown Organiser. 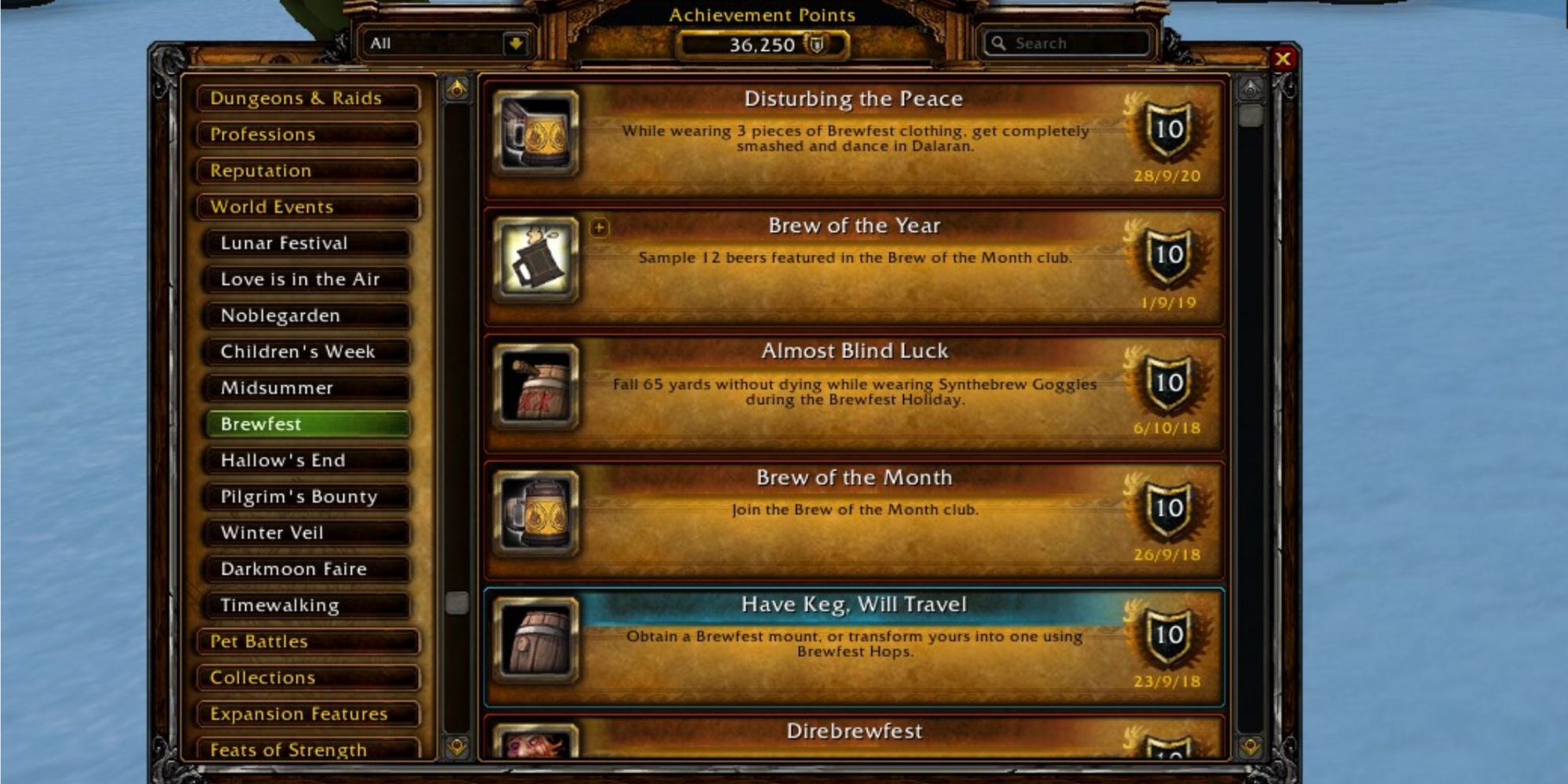 Most of these achievements are quite simple to complete, as they simply involve taking part in the Brewfest activities, or buying certain rewards from Token Redeemers. The various Food and Drink needed for Strange Brew and The Brewfest Diet can be found from the vendors located in the Brewfest camps.