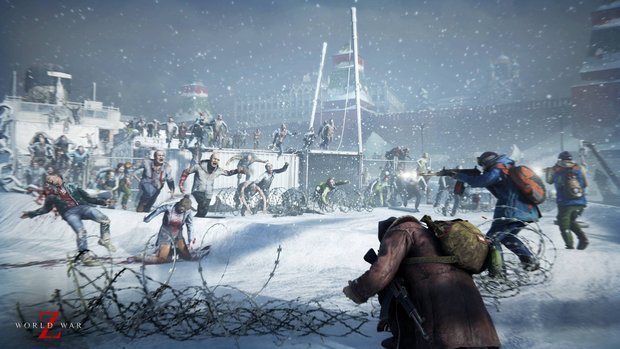 Daily Star – What do we think?

We’ve had some time to play the game and whilst we’re not at a point yet to give it a full score of verdict, here’s some brief insight into our time with the game.

It seemed a typical run-of-the-mill mission at first, but I quickly changed my mind when a huge zombie, clad in riot gear,’ made its way towards one of my teammates and choke-slammed them to the ground.

My two other teammates had rushed off ahead, and behind me I could see a large group of zombies running my way. My health was low. I had a measly pistol, machete and an SMG that had no silencer.

So I went in: guns blazing, saved my fellow teammate and as expected, attracted a number of raging zombies for my trouble. But the fact that there was a hard decision to make, without it being necessarily included in the story?

It indicated something truly brilliant about co-op in World War Z: it mattered. Too many times there have been games with co-op tacked on for the sake of it – but for World War Z? Co-op is where it excels.