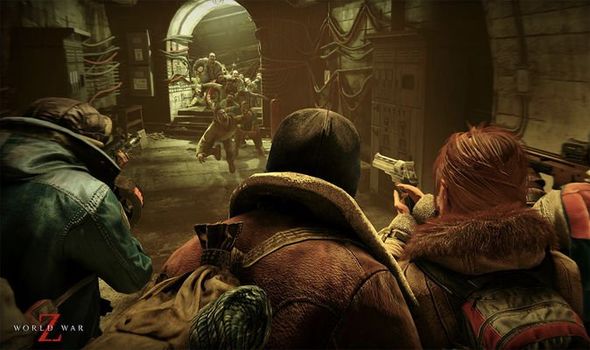 World War Z is getting free DLC on PS4, Xbox One and PC later today.

But before the free DLC goes live, fans will have to endure a short period of server maintenance.

“Servers are about to undergo a one hour-long maintenance,” reads a new tweet. “You can expect the first free DLC to be live shortly after.”

And according to the World War Z developer, the update includes the brand new Tokyo mission.

Although the full list of patch notes are yet to be revealed, the update also includes an FOV slider, private lobbies and a special new zombie.

The new zombie is said to spit a deadly virus at players, and can also resurrect if not properly dispatched.

Other upcoming changes include a new six-skull difficulty setting with a unique reward, as well as bonus cosmetic and a Weekly Challenge mode.

Inspired by Left 4 Dead, World War Z is a third-person co-op shooter in which players battle hordes of undead zombies.

The game’s Swarm engine allows for upwards of 500 enemies to appear on screen at one time.

World War Z also includes a selection of player-vs-player-vs-zombies modes, including King of the Hill and Domination.

While the game is currently only available for PS4, Xbox One and PC, World War Z developer Saber Interactive hasn’t ruled out a Switch port.

Speaking exclusively to Express Online, creative director Oliver Hollis-Leick said that the studio is interested in bringing the game to the platform.

Asked about a possible Switch port, Hollis-Leick said: “All I can say is at this point is that our boss Matt [Karch] is a massive fan of the Switch and he will do anything to bring our games to that platform. So if it’s possible, we will do it.”