The more people that Archetype Entertainment hires, the more it looks like Wizards of the Coast is just trying to recreate BioWare in everything but name.

We already know that Archetype Entertainment, the autonomous game studio owned by Wizards of the Coast, was founded by former BioWare employees James Ohlen and Chad Robertson. We also already know that Drew Karpyshyn, BioWare’s former lead writer, has joined the company. 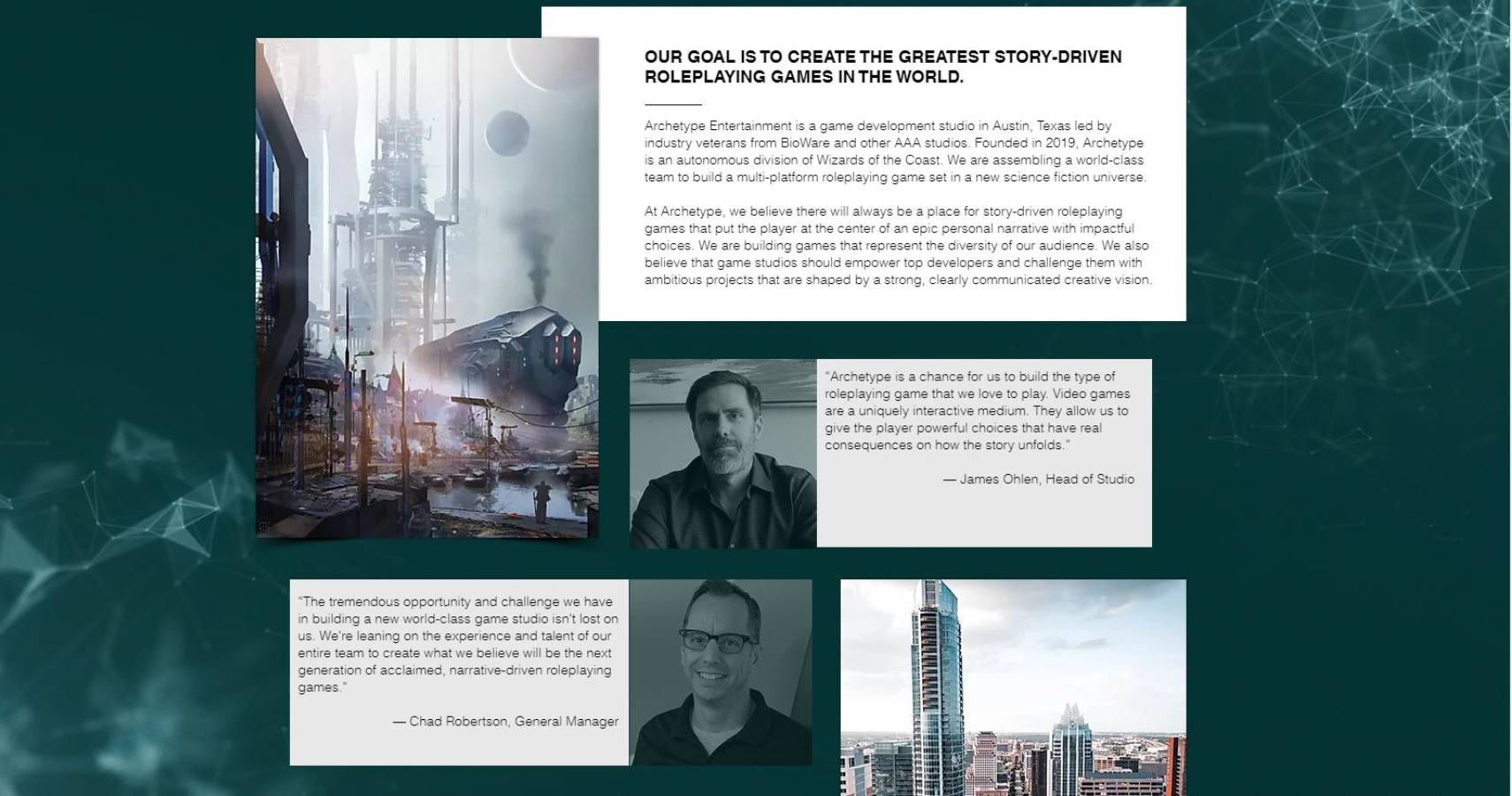 But you can’t just make a game company out of three people, so of course there have been other, less-reported hires since the studio’s launch.

…and they’re almost entirely guys who used to work at BioWare.

A look at Archetype’s LinkedIn profile shows that, in addition to Ohlen, Robertson, and Karpyshyn, the studio has hired the following ex-BioWare employees:

With these hires, it’s unsurprising to discover that Archetype Entertainment is located just five miles from BioWare Austin’s campus, where all these new employees used to work.

In fact, of all the employees listed on the company’s LinkedIn profile, the only employee one who didn’t have a job at BioWare is a former freelance social media consultant who was hired on as an assistant producer at the studio.

Given Wizard of the Coast’s ownership of the Dungeons & Dragons brand, the acquisition of this many former BioWare employees makes sense. The studio has a lot of experience creating RPGs, including ones that take place in Dungeons & Dragons campaign settings in the case of Baldur’s Gate and Neverwinter Nights.

It remains to be seen what exactly Archetype Entertainment plans to produce for Wizards of the Coast, but given its goal to “create the greatest story-driven roleplaying games in the world,” it seems we’re in for a treat.