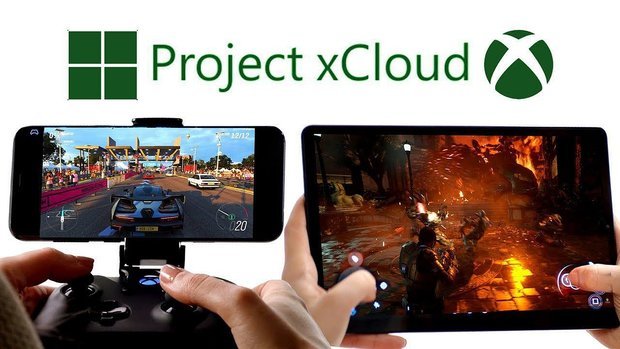 Even in a busy, just-opened store that was teeming with consumers uploading stories to Instagram, press tweeting their impressions and staff organising a flurry of media and celebrities (Taron Egerton and John Boyega send their regards!), the xCloud performed without a stutter.

We played through a full level of Halo 5 Guardians at the store – just an Xbox One pad and Samsung S10 in our hands. Granted, the device was attached to the store’s WiFi (there was no opportunity to play the game only on a 4G connection – yet) but even as a proof of concept, it’s worth getting trying out the demos available. You really have to see it to believe it.

We’re told that the service was currently using about 5.1MB per second on the connection – so that’s not too demanding for anyone that watches high-quality Netflix streams or 4K content at home. Most urban UK broadband connections will be able to deal with that strain without issue.

The performance of the service in the store was, as we mentioned, flawless – but we’re going to try and sit on our excitement a little until we get to try out the service on our own terms later this year.