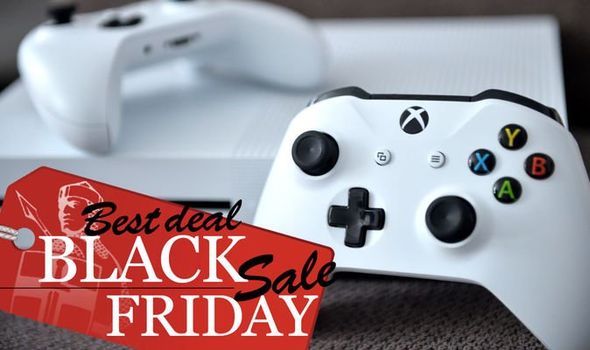 The competition for the best Black Friday 2019 deal may be over before it began.

The annual shopping extravaganza doesn’t officially begin until Friday, November 29 – which is the day after Thanksgiving in the US.

Some retailers like Currys have kicked off the savings early, while others have announced deals ahead of the big day.

Retailer LIDL falls into the later category, announcing plans to reduce the price of the Xbox One S All Digital Edition.

In what might be the best deal of the year, the 1TB Xbox One S will be available for just £129.99 from LIDL on Black Friday.

If that’s not enough to tempt you, it also comes with download codes for three top games.

Judging by the advertisement (below), this will be a one-off, when it’s gone it’s gone deal for Black Friday only.

It will be interesting to see how retailers like GAME respond to such a deal when coming up with their own prices on Black Friday.

Gaming fans can already grab one or two discounts from GAME, including individual game deals, cheap console bundles and more.

This includes a selection of ‘buy one, get one half price’ deals for PS4, Xbox One and Nintendo Switch games, as well as various console bundles at a reduced price.

You’ll almost certainly be able to pick up discounted consoles with a selection of games, including new releases like FIFA 20, Call of Duty Modern Warfare, Death Stranding and Pokemon Sword and Shield.

GAME is expected to offer discounts on gaming accessories, which is ideal if you want a new controller, or a decent set of headphones.

Yoiu’ll even be able to get deals on video game merchandise, including t-shirts, toys, keyrings, mugs and lots more.