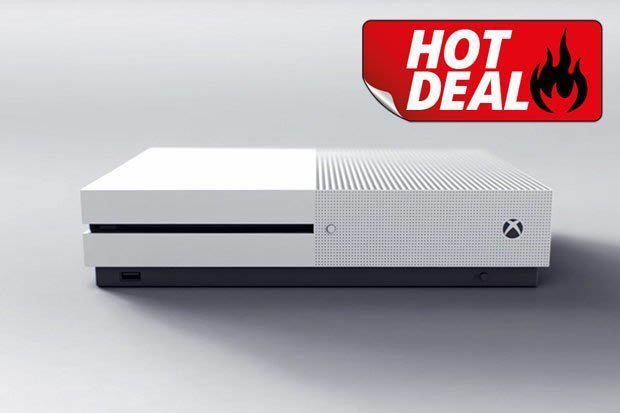 Microsoft fans can breathe easy, there is finally an Xbox deal worth parting with your cash for.

If you have been waiting for the right day to splash your cash on an Xbox One, the day has finally arrived.

Currys PC World has pulled together an irresistible deal with seven epic games.

You might find it too hard to believe, but picture this.

And all this is being flogged for just £249 – just £50 more than the console costs on its own.

What is an Xbox One S?

The Xbox One S is a 40% smaller, more streamlined console with modern new design.

It also has High Dynamic Range technology to make games look better than ever.

The 1TB hard drive also offers more room to store all your Xbox One Games, and your Xbox 360 classics, 4K movies and apps.

What games are in the Xbox One deal?

Unveil the final chapter in the 20-year long Mishima feud with Tekken 7, which is designed with a stunning cinematic feel. Seamlessly blending between fierce battles and powerful story sequences, Tekken 7 follows the members of the Mishima Clan as they settle old scores and wrestle for control of a global empire. Select from a roster of over 30 characters, for complete freedom of choice over your fighting style.

Rise to the top of the underworld in Mafia III Deluxe Edition. Make tough decisions as you explore the vast and seedy open world of New Bordeaux. Whether you choose to use brute force and go in all guns blazing, or stalk your prey stealthily, you can use your military training and intel to bring down the Italian Mafia.

In Overwatch you play as one of several heroes in an exhilarating first-person shooter. Fight across stunning locations defeating other teams. Collect Loot to help you level up and earn new skills and costumes, and earn Achievements to let other players know how good you are.

Do battle as one of 21 gun-toting heroes comprising four classes: Offense, Defence, Tank and Support. Each has different abilities and weapons to suit your tactical style from sword-wielding ninjas to pistol-popping cowboys.

Pull off the perfect combo and fight your way to victory with the Xbox One Killer Instinct Combo Breaker Pack. This legendary franchise lets you play online with players from around the world.

Whether you’re a button basher or learn all the combos, you’ll be able to brush up on your skills. This pack includes all 8 Season 1 fighters, as well as a download code.

25 years after the bombs fell, you and your fellow Vault Dwellers have the opportunity to explore post-nuclear America. Whether you choose to strike out alone or work as part of a team, you can explore, build and conquer the wasteland.

As the lone Doom Marine, you must obliterate demon hordes and traverse the depths of hellish surroundings to take back the Union Aerospace Corporation’s research facility on Mars. With a futuristic arsenal and advanced melee system, you can take demons down in a huge variety of violent and creative ways.

Dominate your friends and opponents in the signature arena style multiplayer game, with unique power-ups that let you even play as a demon.