The archetype of Abyss Actor relies on taking advantage of pendulum summon monsters. All members of this archetype are considered Dark Fiend Pendulum monsters.

This card’s effect allows you to return Pendulum Monsters to your extra Deck, while the Abyss Script Spells effect depends on your field’s number of monsters. These cards are used by Shingo Sawatari in the Yu Gi Oh! ARC-V. If you want to add a new type of card to your Deck to make it more powerful, here you have “Abyss Actors” cards ranked from worst to best. 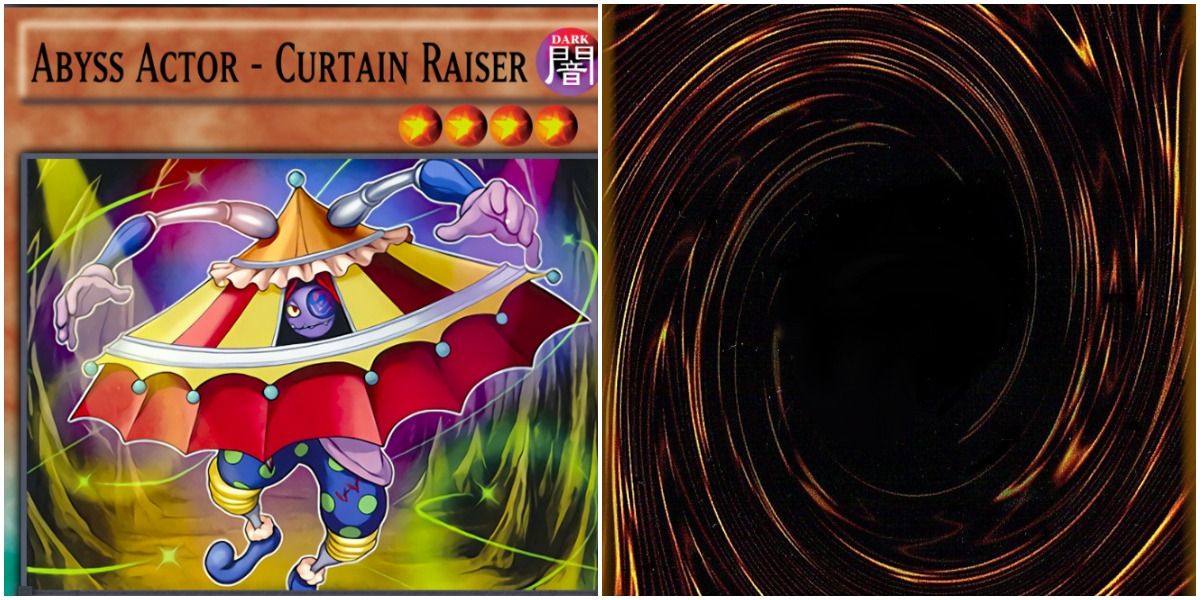 If you don’t control an abyss actor, you can directly summon this card from your pendulum zone. Keep in mind that a duelist can only use this effect once per duel. This card is good to start the duel with, but it is practically a useless brick after the starting phase.

When used in the monster zone, this card’s competitive value slightly goes up since it increases your ATK points by 1100 if the duelist does not control other abyss actors. You can also send an Abyss Script Spell to the graveyard and thus add an Abyss Script Pendulum Monster from the Extra Deck.

The extras are a level one scale three-card, a weak one but with a significant effect. If your opponent has a single monster card in their field, you can summon this card from the pendulum area; this can only be done once per turn.

You can sacrifice this card to summon an Abyss Actor Pendulum Monster directly in your Pendulum Zone; however, this prevents you from using any special summoning Abyss Actors in addition to preventing you from using the pendulum effect of the extras. 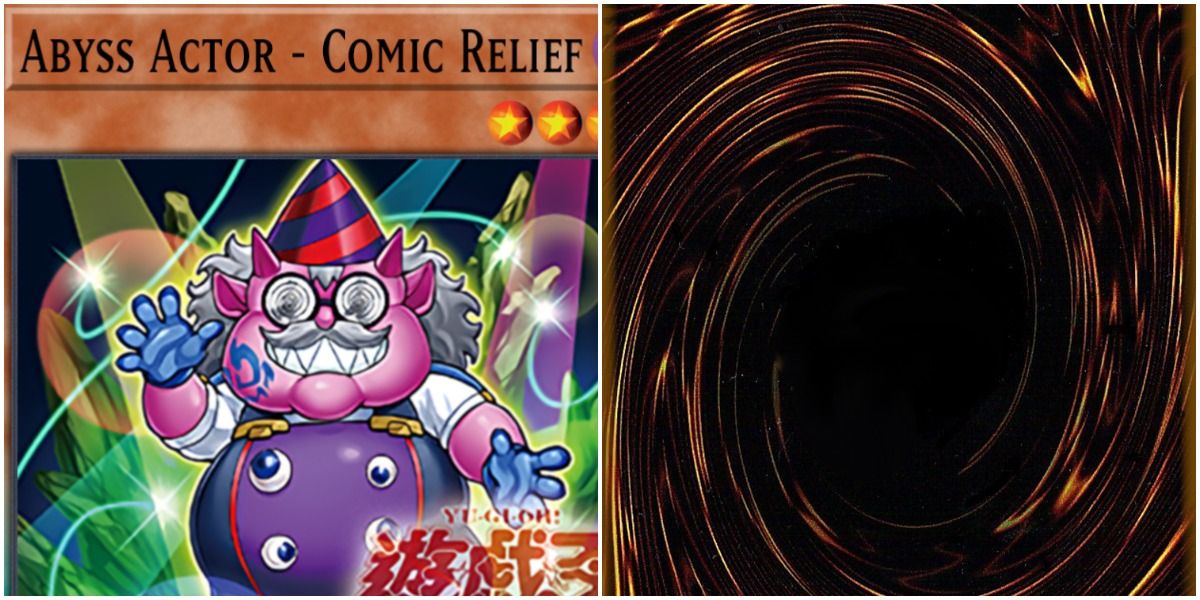 By invoking Comic Relief, you’ll be able to target one of the monsters your opponent controls and swap it with an Abyss Actor monster you control. After doing so, you can destroy this card. Keep in mind that you can only do this one time per turn. This ability makes its Pendulum Effect a better Creature Swap.

Moving on to its Monster Effect, you won’t get battle damage if this card is attacked. Moreover, the other two Monster Effects allow you to switch control over this card to trigger your Abyss Scripts. While the last two effects are obligatory, you can choose between destroying the card or not. 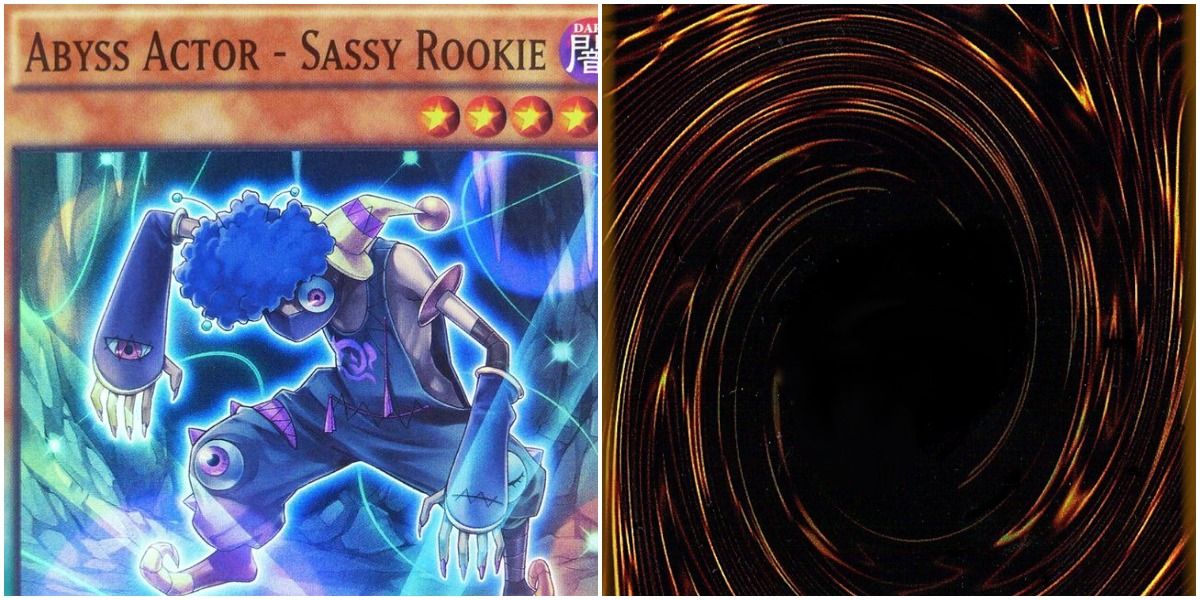 Sassy Rookie’s Pendulum Effect allows players to destroy this card instead of any other in their control that would be destroyed in battle or by an opponent’s card effect. 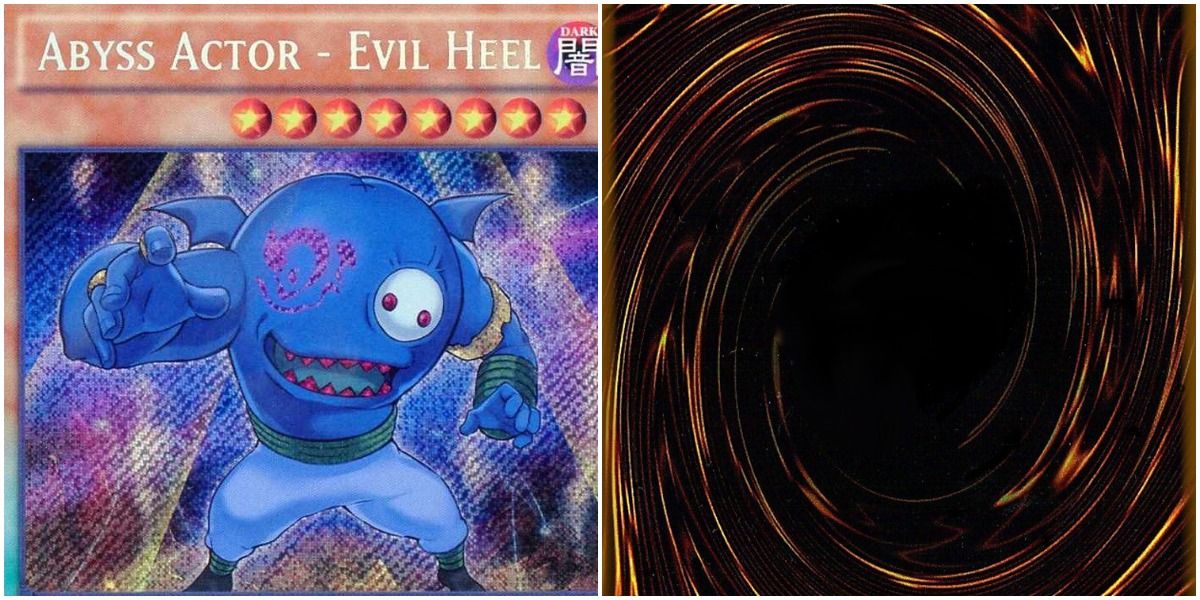 This card Pendulum Effect allows players to Tribute one Abyss Actor monster per turn and thus be able to select a face-up monster from the opponent, causing him to lose the same amount of attack points as the Tributed monster had.

If this card is Summoned as Normal or Special, it allows players to target an opponent’s face-up monster. The monster you choose will lose 1000 attack points for each Abyss Actor monster you currently control, at least until the end of the turn.

This level 7 card allows you to Tribute one Abyss Actor per turn to revive one Abyss Script from your graveyard and add it to your hand. Its Monster Effect cancels the effects of the opponent’s magic or trap cards when Superstar is Special Summoned or Normal.

Finally, Superstar allows you to set an Abyss Script Spell Card from your Deck to take advantage of its effects and then send it to the graveyard during the end face. 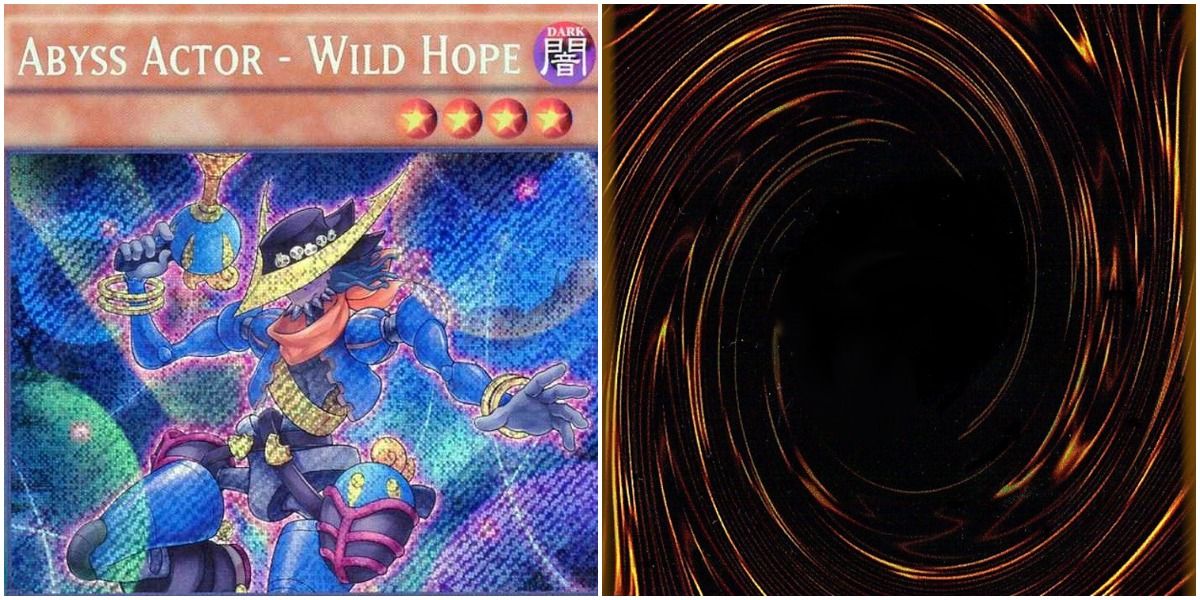 With its Pendulum Effect, this card allows players to target one Abyss Actor card in their other Pendulum Zone. By doing so, its Pendulum Scale becomes nine until the end of this turn. Doing this will only let you summon Abyss Actors, even if Wild Hope is no longer on the field.

Players can make this card gain 100 attack points for each Abyss Actor they currently control as long as these have different names. Once this card has been destroyed by battle or by a card effect, you can add an Abyss Actor from your card deck to your hand. 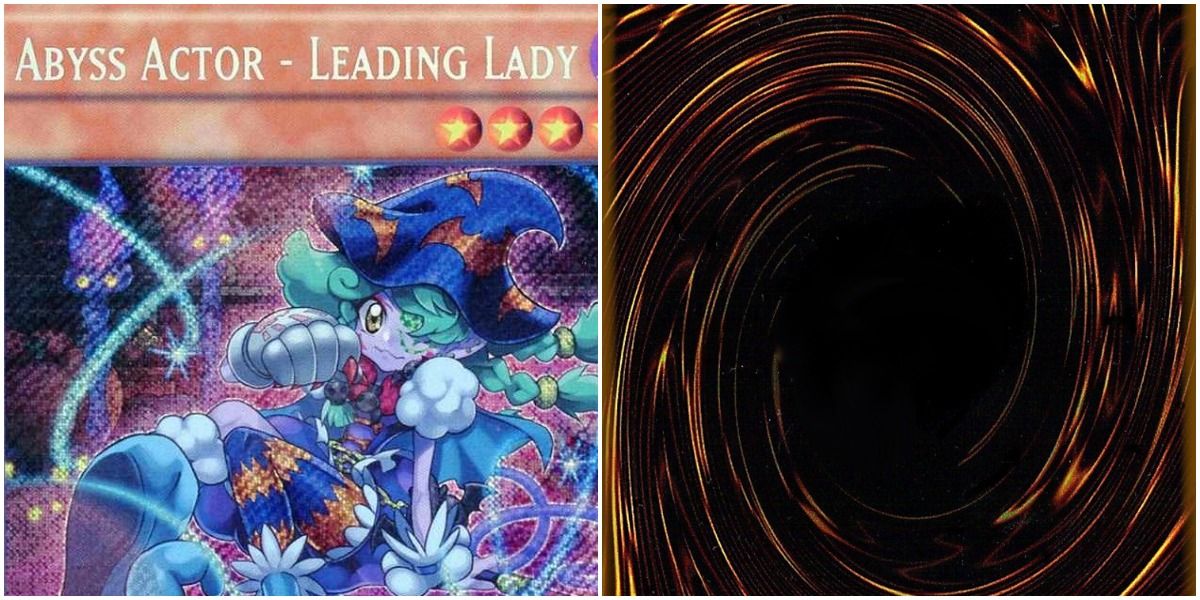 Now, if Leading Lady is on the monster field and you take damage, you can choose a face-up monster from your opponent, and it will lose attack points equal to the battle damage you took. Lastly, if your card is destroyed by battle, you will have the ability to summon an Abyss Script Spell directly from your Deck.

The mellow Madonna is an excellent card since it is 0 scale. Its effect as a pendulum monster is that it allows you to pay thousand life points to add an Abyss Actor monster from your Deck to your hand, but it cannot be another Mellow Madonna. Once you invoke this, you will not be able to Special Summon monsters except for Abyss Actors Pendulum Monsters.

This card gains 100 attack points for each Abyss Script Spell in your graveyard, and when your Pendulum Monster gets destroyed, you can Especial Summon Melow Madonna. 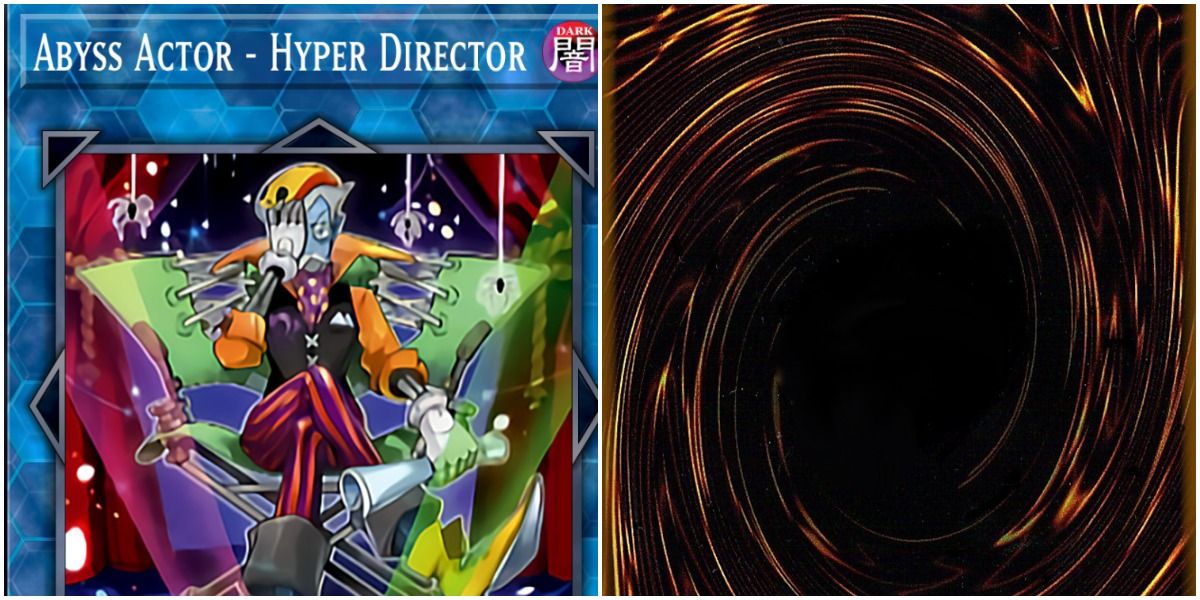 At the top of this Rank comes the mastermind of the entire Abyss Actors circus: Hyper Director. In addition to being strategic for your own game, this card is easy to summon since you only need one Abyss Actor Pendulum Monster to bring it to the field.

NEXT: Yu-Gi-Oh! The 10 Best Field Spells In The Game, Ranked 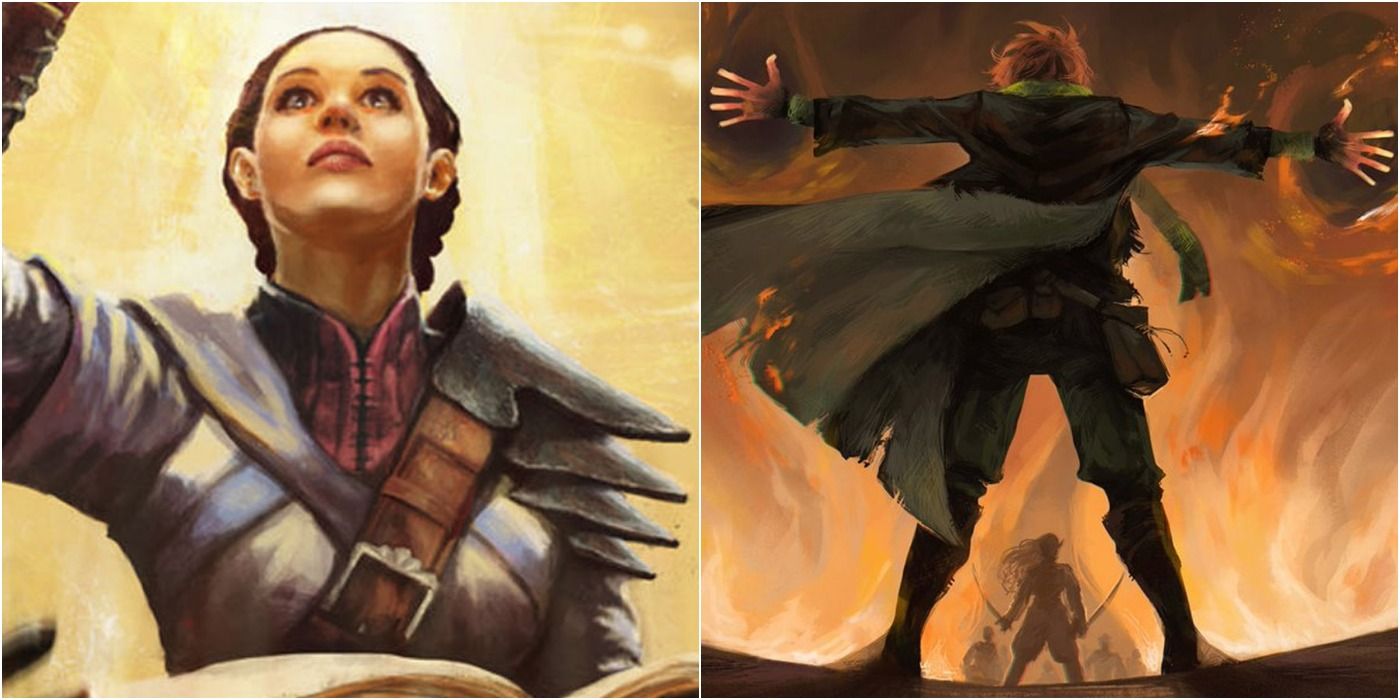