Fire Emblem: Three Houses forces players to choose between three groups at the start of the game: the Black Eagles, the Blue Lions, and the Golden Deer. This mechanic alone has got fans arguing over the best houses and the best characters, but it seems that the game itself can settle this controversy.

Three Houses includes a variety of online features, such as a mechanic that tells players where other fans have died. One curious inclusion is that Three Houses will also tell you what other players are doing, both on a day-to-day basis, as well as overall. Anyone logging in this week will probably come across this screenshot: 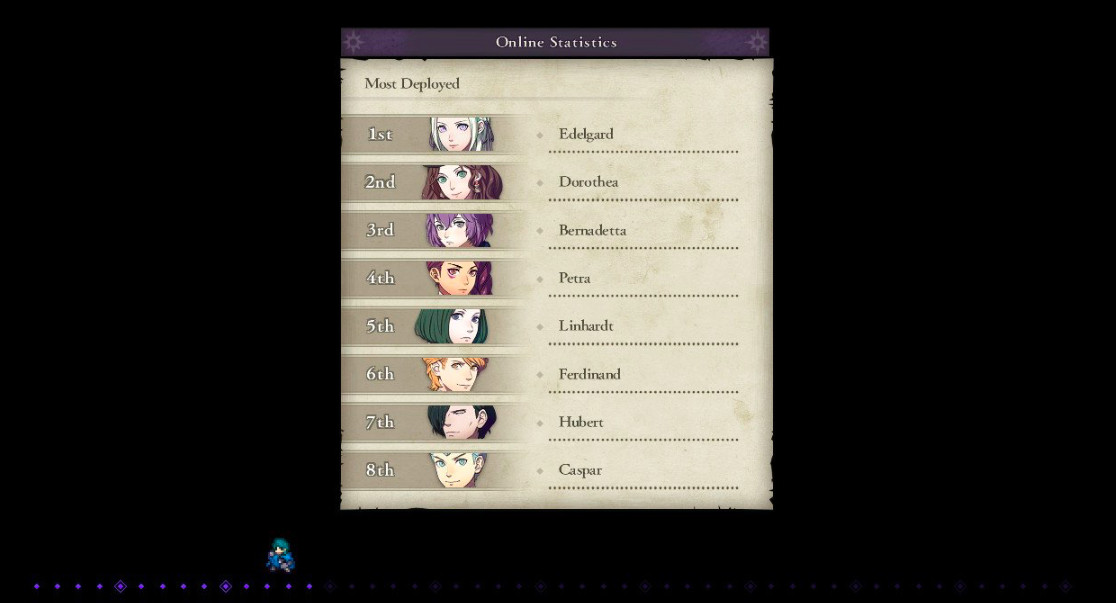 “Most deployed” means most-used in battle. You’ll note that the entire list is composed of Black Eagle members, which suggests that most people are picking that house. This also reinforces something I’ve noticed on social media: Seemingly everyone loves Edelgard. The jokes, references, and fan art of the Adestian princess are nonstop. No wonder she’s the most deployed character, even as the game allows you to recruit characters from other houses.

(It should be noted, Edelgard is often a required deployment if you pick her house, but that doesn’t account for the fandom explosion, which is voluntary.)

Fans will tell you that they’ve picked Edelgard because they like her philosophy and attitude, and because she can become a killing machine. But, for my money, the last tweet in the round-up above gets at why this is happening: Players like Edelgard’s design. Much of the fandom in Fire Emblem now revolves around shipping and romance, and it seems as if most people are falling for Edelgard. Picking between the houses and the discussion around that is often really about who players find the most attractive and endearing, not who has the upper hand in battle.

I for one chose the Blue Lions, but seeing all the fandom around Edelgard has made me rethink my choices. Well, there’s always new game plus.