The crux of Fire Emblem: Three Houses is built upon the idea that the player must face off against old friends. Very early on in the game, I pick a house and I stick with it, which means that any character I don’t successfully recruit becomes a potential enemy.

Going against former friends and loved ones based on a choice isn’t new to the franchise. In fact, it was the major selling point of 2015’s Fire Emblem: Fates, which prompted the player to pick between their birth family and their adopted family — and fight against the side they did not chose.

It’s only by playing through Three Houses that I realize how flat the concept felt in Fates. Birthright and Conquest (and DLC add-on Revelations), the separate titles that made up the banner of Fates, tried the gimmick without building up affection for the opposing characters before you have to kill them, nor did the game take the time to mourn them after. The whole thing didn’t quite work. In contrast, Three Houses manages to give you a rapport with even the most minor of possible enemies, using the downtime between missions to build up familiarity. In doing so, Three Houses ultimately pulls off what Fates could not: pure, crippling heartbreak. 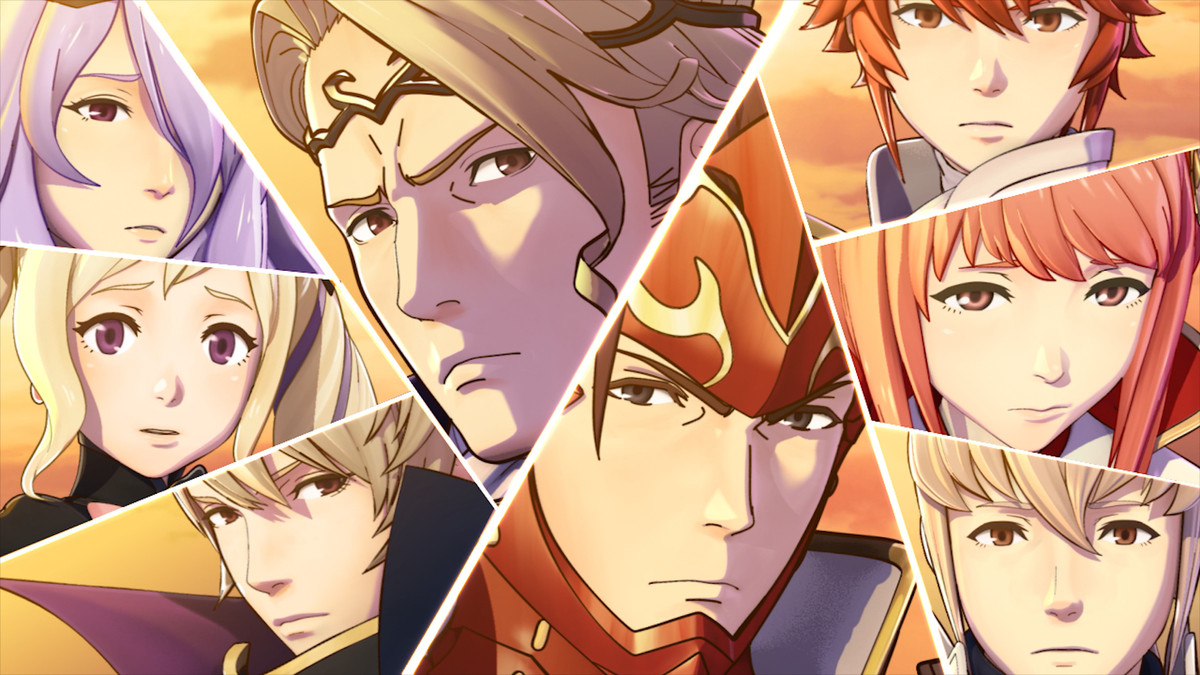 Throughout one Fates game, I fight the playable characters in the other. Playing through Conquest right after Birthright (or vice-versa) gives you a bit more to chew on, since you’ve interacted with the characters you’re now pitted against. But for a first playthrough of Birthright, I have no idea who these people are. Right now they’re just new faces, akin to any generic enemy commander. Who the hell is Effie? Why is she talking about muscles? I don’t care; I have my ninja kill her. It means nothing to me.

Slaying through more minor characters becomes trivial, but Fates’ greatest offense happens when killing off major characters. Even though they’re your family, the deaths feel stale.

In Birthright, two members of the player character’s adopted family die. But because I only spent a few chapters with them at the very beginning, the deaths play out with any real emotional pull. I go through the motions of defeating any other enemy; I sit through the weepy cutscenes and feel a bit down, but quickly bounce back because I never even really got to know the family members who kicked the bucket. The story ends quickly after and everyone is relatively happy.

In contrast, Three Houses manages to make every character death — no matter how trivial the character — weigh upon me. Spending half the game with the characters means that by the time the time-skip comes around and they eventually turn on me, I’ve already built up camaraderie and affection for everyone. 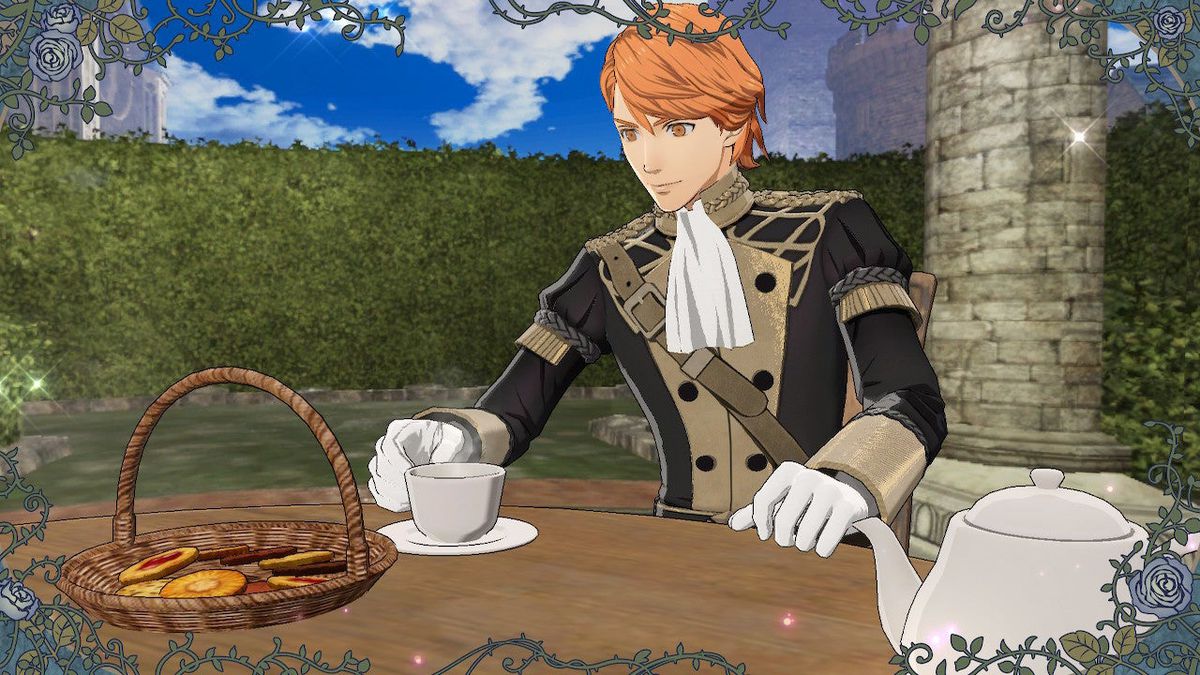 Look, I don’t even like this jerk
Intelligent Systems, Koei Tecmo Games/Nintendo

Ferdinand is a member of the Black Eagles house. His whole schtick is that he’s super arrogant about his title, constantly states his full name, and is super competitive with his House Leader Edelgard. I recruit some Black Eagles, but I never bother with him. I already have a cocky red-haired lancer with Sylvain. Also, Ferdinand is a total dick to me whenever I return lost items, chiding me with “How could you possibly think that this is mine? Go ask someone else” dare I hand him a wrong item.

Still, I talk to him at the start of every month. I grow accustomed to his presence and his pretentious dialogue. I usually find him by the stables. He randomly gifts me a tea set at one point, which endears him to me a bit. Even though he’s still arrogant, I find soft spot in my heart for him. I don’t like him as a person enough to recruit him, but I appreciate his character and presence.

Ferdinand is also one of the first characters I face off against while doing the Blue Lions route. One mission instructs me to defeat all enemy commanders. I spot one generic enemy named Ladislava. No brainer. A couple of turns later, I pan the map around to see if there’s another commander I’m missing. And then I freeze.

Ferdinand is in position on the top corner of the map, so distant I may have missed him.

I wonder if I can win this battle without killing him. But as I near his spot on the map, he makes it clear that if I don’t kill him, he will kill me. Specifically, he faces off against Dorothea, who I recruited from the Black Eagle house. She begs him to reconsider, but he doesn’t listen and attacks her. She overpowers him in self-defense and he falls dead. 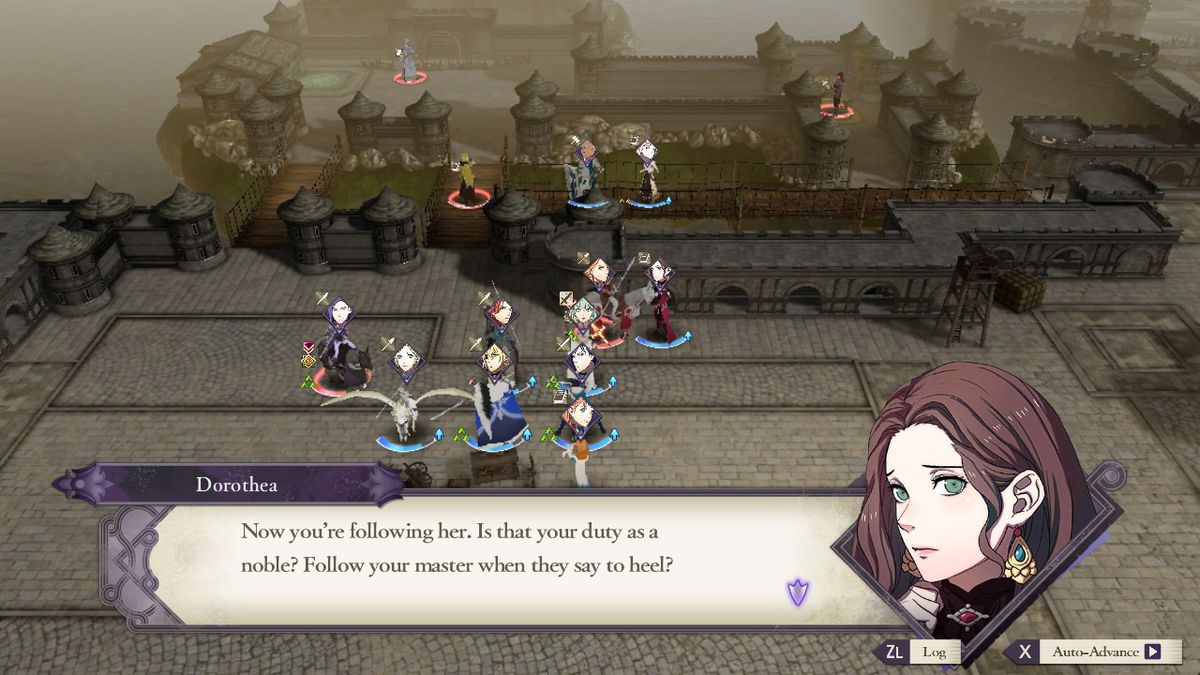 After the battle is finished, I return to the monastery and do my rounds of talking to students. All of them are somber, some offering a few thoughts about how horrible it was to see their classmates. Three Houses presents the fallout after the heartbreak that Fates lacked. Most characters offer something, but it’s Dorothea who says it the best.

“And Ferdie was there,” she says, while looking out on the docks. “We killed Ferdie, Professor, he used to be our friend. Do you remember those days?”

The Blue Lions route is actually the least bloody path in Three Houses. But another battle pits me against both the Golden Deer and the Black Eagles and I go massively out of my way to avoid confronting my former students and focus on the enemy commanders. That particular battle doesn’t end in perma-death — but I can’t take any chances.

I still have a few chapters to play, but if the death of a minor character who I didn’t even like in Three Houses made me feel much sadder than my literal family members dying in Fates is any indication, I’m in for an emotional storm.